Borjomi Kharagauli National Park | What to see in Tbilisi

Hello everyone, today in this section "What to see in Georgia" I thought I would write about a prominent place in Georgia called as the Borjomi Kharagauli National Park. This place would be really amazing for all nature lovers. The park can be reached easily from the country's capital Tbilisi and also from other major cities like Kutaisi, Bakuriani, etc. From Tbilisi there are frequent minivans or locally called mashruthka's from different bus stations such as Vukzali Bus Station, Orthachala Bus Station and Didube Bus Station.

Borjomi Kharagauli National Park is one of the important national parks in Caucasus and the first to be established in the Caucasus region with international standards. It is recognized by the European Network Of Protected Areas which symbolizes the highest level of protection of the forest. Geographically the Borjomi Kharagauli National Park is located in the mountains of Lesser Caucasus and the Achara Trialeti fold zone. It is constructed with marl clays, limestone which is altogether called as Borjomi Flysch sediments. The National Park extends across three regions of Georgia. They are Imereti, Tori, and Samtskhe. It has a total area of approximately 6000 hectares. 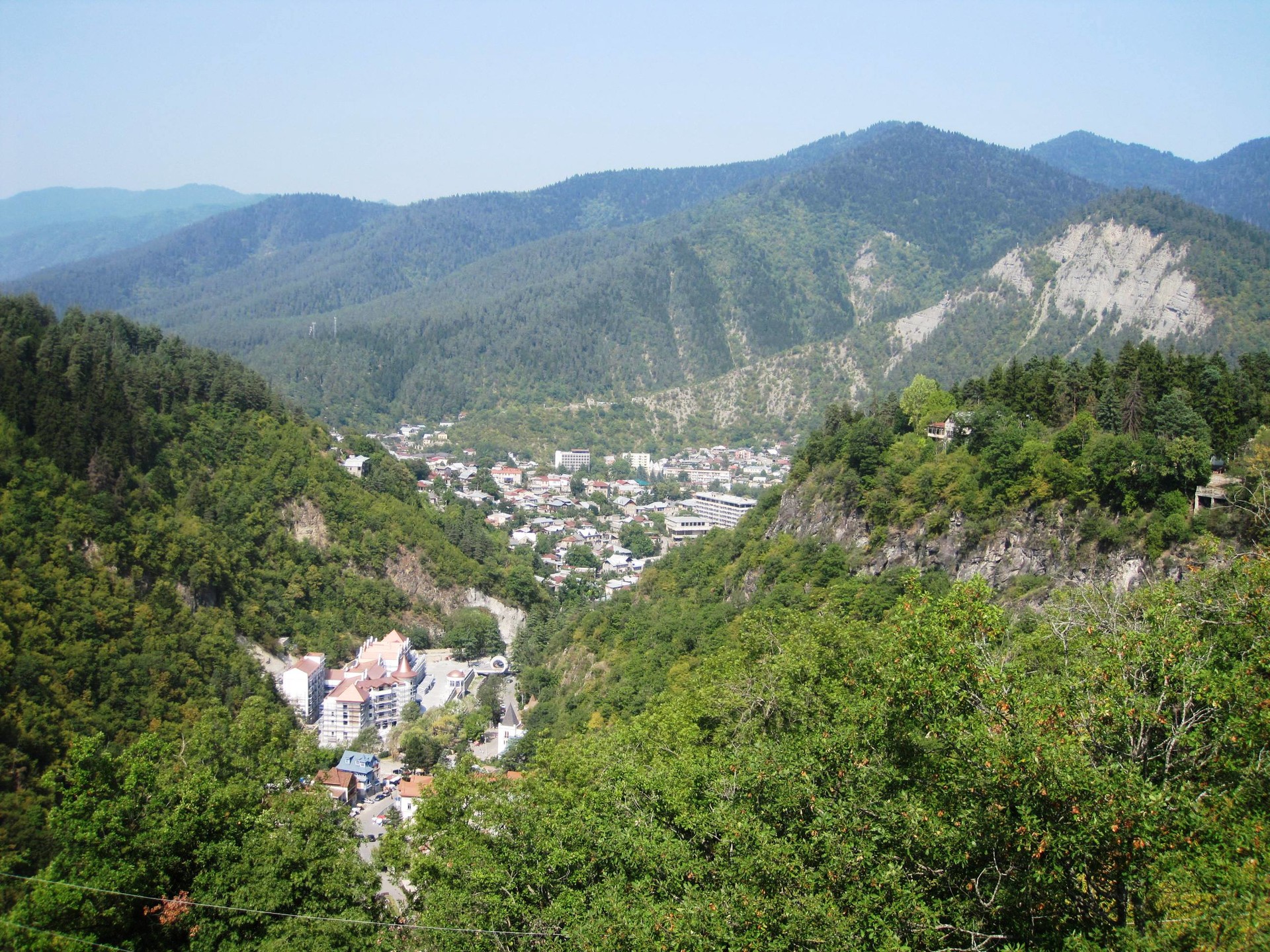 The forest contains various types of trees, such as coniferous trees, deciduous trees and other mixed varieties, for example chestnut trees, beech trees, hornbeam trees, caucasian lime, colchis oak and ash trees. Depending on the altitudes the forests changes for example: deciduous-mixed forests and other subtypes. In the upper zone of the forests you can find dark coniferous forests that are composed of oriental spruce, fir and pine. In the next belt there are subalpine forests and bushes with lovely meadows. Inside the Borjomi Kharagauli National Park most of the endangered varities of trees such as chestnut, colchis oak, yew, steven's peony and vinogradov's iris can be found.

There is a diverse variety of fauna living in the Borjomi Kahragauli National Park. It has some admirable mammal varieties. Among the fierce carnoviorous animals are found wolf, lynx, brown bear and wild boar can be found in the forests of the Park. There are approximately 140 deers nowadays in this national park. Bezoar Goats that used to live in the rocky regions of this forest in the past. However, today re-introduced goat varieties brought from Armenia can be found there. There are also some tiny mammals such as different species of mice, dormouse, weasel, pine marten, stone marten, caucasian squirrel, red fox and hare. There are several species of lizards, snake and other reptiles to be found in the forests of Borjomi Kharagauli National Park. There are also caucasian Agama and Greek Tortoises in the Park. The endemic bird varities that are protected in the national park include Golden eagle, griffon vulture, black vulture and caucasian black grouse.

In order to express the ethnographical diversity of this region: there are different lifestyles of people and traditions located around the National Park. The closest locations to the Park have some historically important monuments which includes doomed temple of Timotesubani that was built during the 13th century, Nedzvi church, Nunisi Church built in the 9th century, Sakvirike basilica which is located near a village called Dviri and built during the 10th century, Green monastery of Chitakhevi built on the 9th century, Gogia and Petra fortress built in the 9th century, Vakhani fortress and Gold fortress in Adigeni district. The National Park by itself has a good tourist infrastructure. The Park has some good rest places located in various areas, such as Merelisi in the Imereti section, Atskuri in the Samtske Section, Likani and Kvabiskhevi in the Borjomi section. There are also many hotels available in the city of Borjomi.

There are various trails offered in the Borjomi Kharagauli National Park. Some of them I've mentioned here. 1. Hiking and Horse riding route which is called the Nikoloz Romanov Trail. It takes about 3 days to complete covering an area of 40 kilometers approximately. The travelers can spend their night in the tourist shelters in Lomismta and Saxvlari as the travel route crosses two districts ie, the trail stretches from Borjomi to Kharagauli District. 2. The next route is also a hiking and horse riding route called the St. Andria Pirveltsodebuli Trail that takes about four days to complete. The entire length of the route is about 50 kilometers. The travelers can spend their nights in shelters in Amarati and Sakhvlari or in tents as per their wish.

The trail extends from Atskuri to Marelisi. The third route is also a hiking and horse riding. It is called the panorama trail which takes about two days to complete. The entire length of the route is about 34 kilometres and the travellers can spend their nights in tourist shelters in Amarati or in tents. The trail is a bit complex. It's circular with some beautiful places to see. 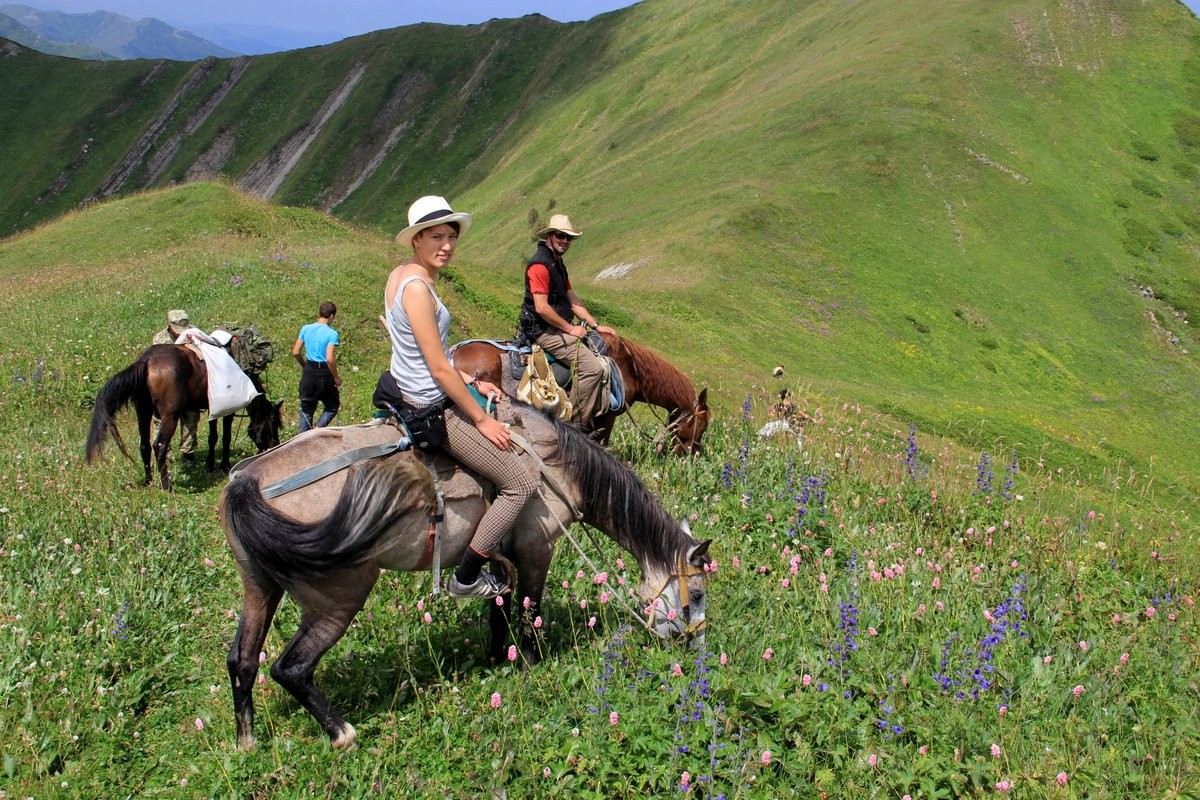 With all these trail and adventures Borjomi Kharagauli National Park is a must visit site if you plan to tour around Georgia. With its distinct natural beauty and unique flora and fauna this trip would always be a trip to cherish. I hope you meet something interesting there, then keep smiling and cheers. :)

Do you know Borjomi Kharagauli National Park? Share your opinion about this place.