Generator is a new trend! 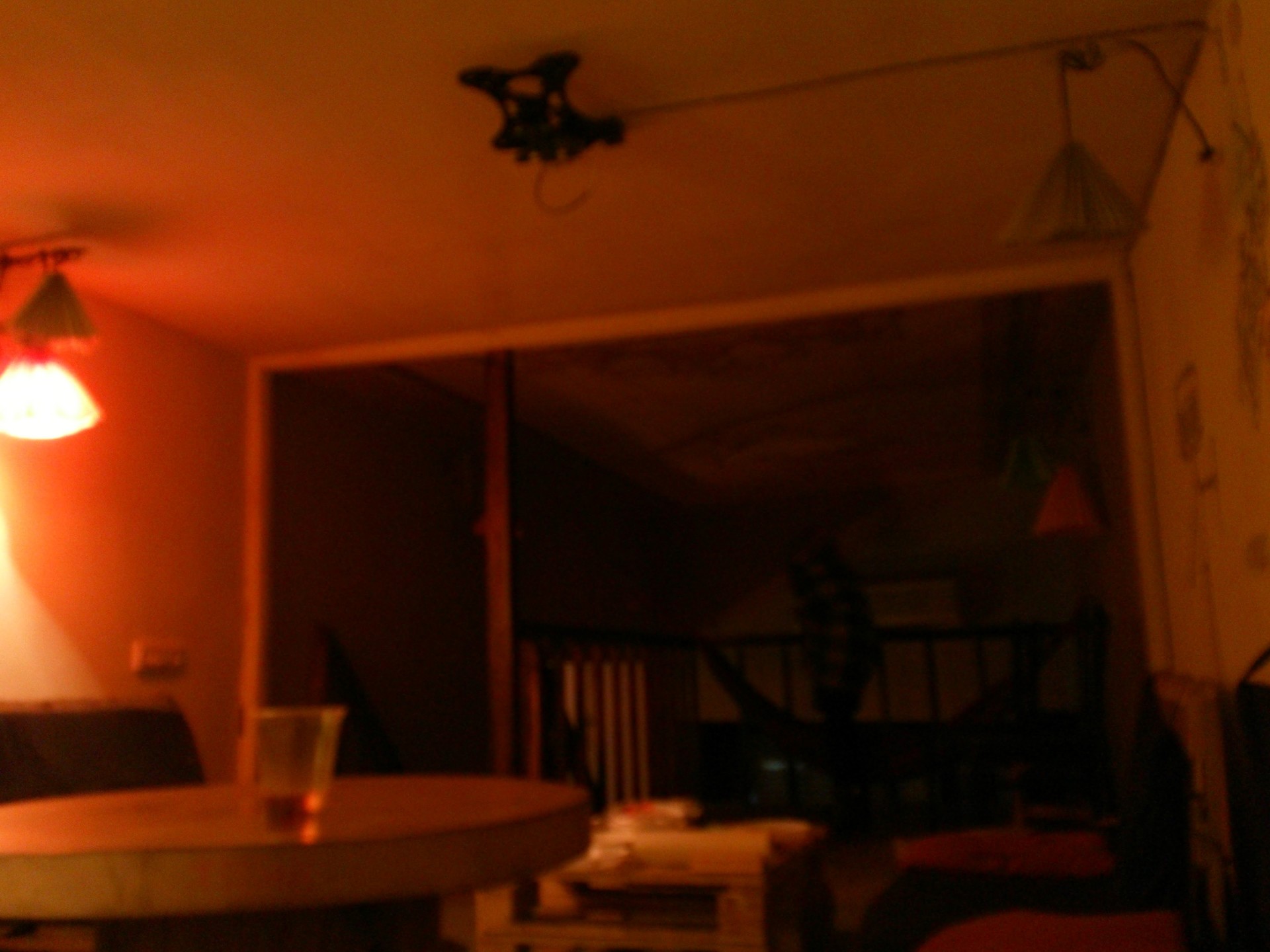 Hello everyone, I hope that you are all doing fine!

Well, today I want to tell you about this place in Tbilisi called Generator 9.8. it’s that kind of place, where you can hang around with your friends and the area is pretty good and the environment is pretty cozy and stuff like that, so that there you can have a relax time or you can just dance all night or whatever. There are usually many people there, however, the place is not that large and maybe that’s why it’s cozy and the people there seem to be plenty because of the small space, I guess.

Anyways, it’s located on Atoneli street, it’s just nearby Rustaveli street where the Kashueti Church is situated and you can just get there from Rustaveli street and it’s nearby Liberty Square and the metro station there, so that it’s not that hard to get there from these places. The first time I went there was from the Liberty Square metro station and we walked from there to Generator 9.8 and it was not far away and it just took 10 minutes, I guess. And we were just going slowly and talking and laughing and taking photos , you know. so that, if you want, you can even get there faster than those 10 minutes. 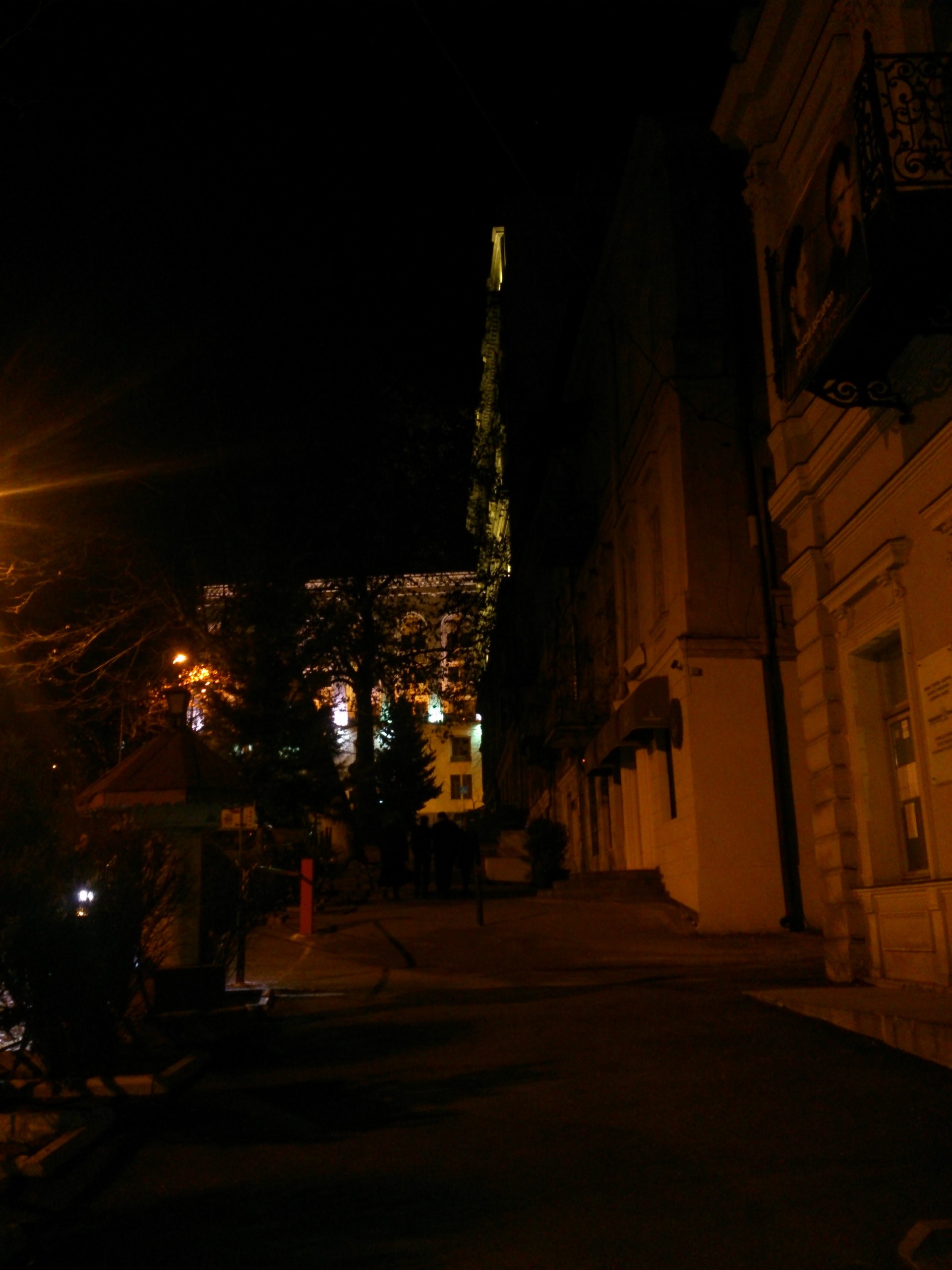 So, we went there in winter or something like that and it was kind of cold outside, however, it still was not that bad, or perhaps it was autumn or something. It was pretty hilarious how we got there, I mean, there were four of us and we were supposed to meet each other at the Liberty Square metro station. And one of our friends just got to Rustaveli metro station and walked to the Liberty Square station, and, well, it's not that close to each other to walk down from there, if you want to know the truth. However, he got there so early that he didn't really know what else to do but to walk from there to the Liberty Square metro station. To tell you the truth,  we got there on time, too, I mean, me and my brother, however, our fourth friend didn't seem to be there, what's more,  she didn't seem to be nearby that place at all and it was like already past 11 p.m. So, we had to just wait and hope that she would come soon. When we called and asked where she was, she just used to say, that she was on her way and that meant that she was way far and she wouldn't be there for some time. Well, we couldn't really do anything but to wait for her, because she didn't know the road to Generator 9.8 and, besides, when you are meeting someone, you should wait for them no matter how long you have to wait.

You should know, that metro only works till midnight,  so if you don't get inside it until midnight, then you can't go there. It turned out, that she was coming by bus at first, then she went into the metro and then finally when we asked her she said that she was there and she couldn't see us. Well, one of our friends went down the stairs to meet her, however, she wasn't there. We started calling and asking and everything and it turned out, that she was on the wrong station, I mean, she was on Rustaveli metro station and not the Liberty Square one, so that she had to get inside the metro again. Although it was getting 12 o'clock already and at 12 o'clock the metro closes and the she would have to get to us by foot or a taxi, bacause all the public transport works until 12 o'clock and then they rest until the dawn, except for the bus number 37,which works the whole night and the whole day, and finally it goes to the Tbilisi international airport, so that it can bring people going to get to their flights to their destination to the airport and that's pretty good, if you ask me, because until that there was nothing that could bring you there and you had to catch a taxi and go to the airport by taxi, which cost a lot of money. And it costs even more to get back from the airport by taxi, if you want to know the truth, because those taxi drivers know, that you don't have any other choice, but to catch one of them to get to your home or whatever in Tbilisi, so that they just tell you the highest price that  they can imagine, i guess, and you are just left with no other choice but to accept the price somehow and get to the city with that... Or you had to go there by car, but if you didn't gave a car, you would have to ask someone to drive you to the airport, of course, and there are many flights that are at dawn or something like that and people need to be at the airport in the middle of the night and you just can't really ask people to drive you to the airport at that time, you know. 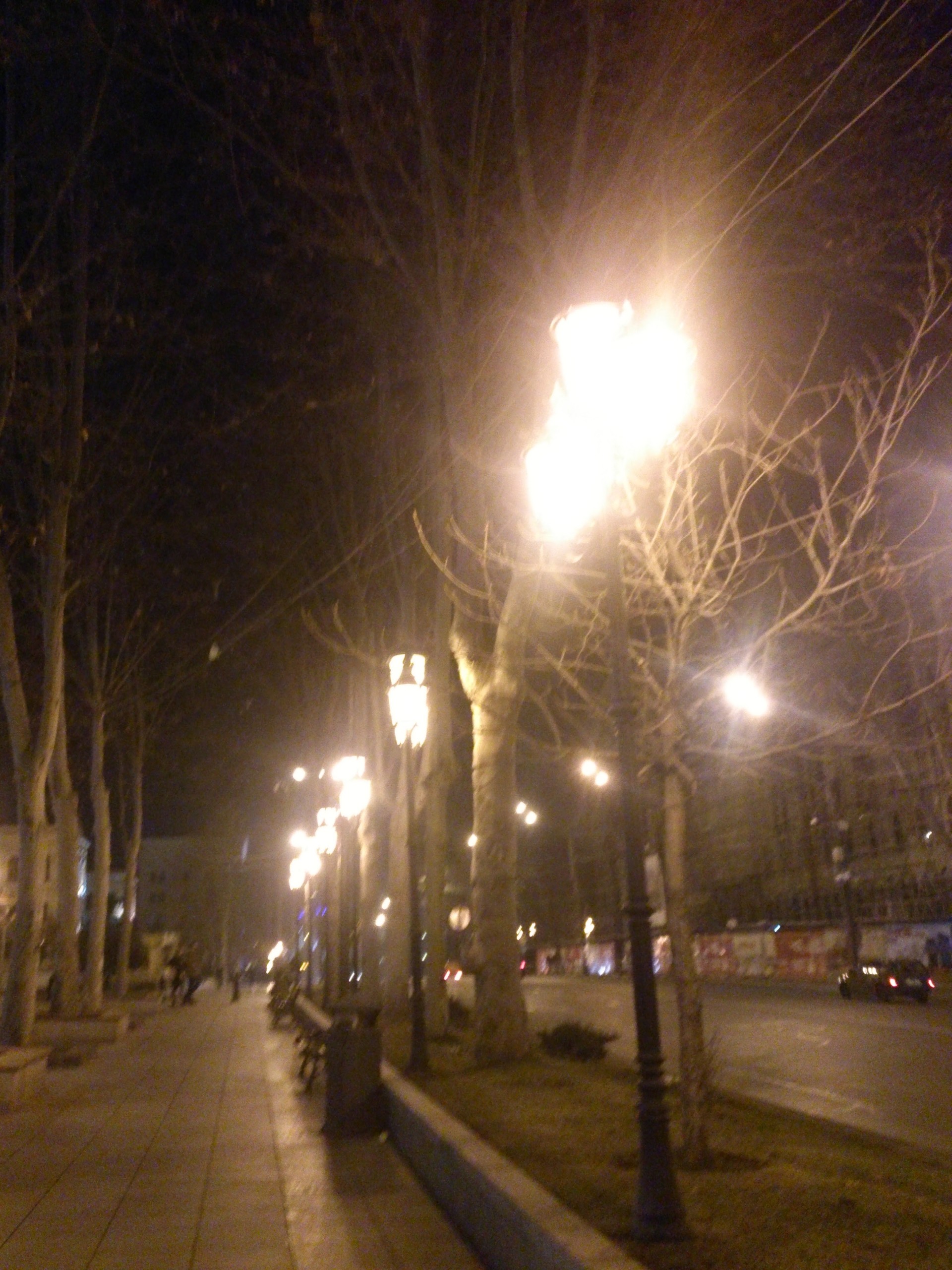 Anyways, our friend was just about to get stuck somewhere about this Rustaveli metro station, however, she got into the metro just in time and texted us, that she was on her way to Liberty square metro station, where we were waiting for her for such a long time. We didn’t really  know what else we could do, I mean, we stood there and waited and we looked at the people walking around and had some jokes about them, too, you know, then we just went downstairs and then went upstairs and then went outside and then again went inside and everything, you know, however, we couldn’t kill the time, as she was way too late. Well, it was not that bad, though, because it was not a cold weather and things like that, you know, and we could be there as long as we wanted, because when it’s cold outside, it’s not that possible to just wait for someone for such a long time and be patient and everything. so that, now you know, what we went through to just go to this Generator and have some fun.

Well, there are usually many people there, as I know, however, I’ve only been there once, I guess, and that was not bad, I must say. However, I’m not that much of a dance lover or something like that and I just sat there upstairs watching other people dancing down in the hall and then there was our friend, who came alone and joined us and we drank some beer and had some fun looking at those people and enjoying the environment, because the environment there is pretty cozy and you just can’t really ignore that coziness of Generator, if you ask me. 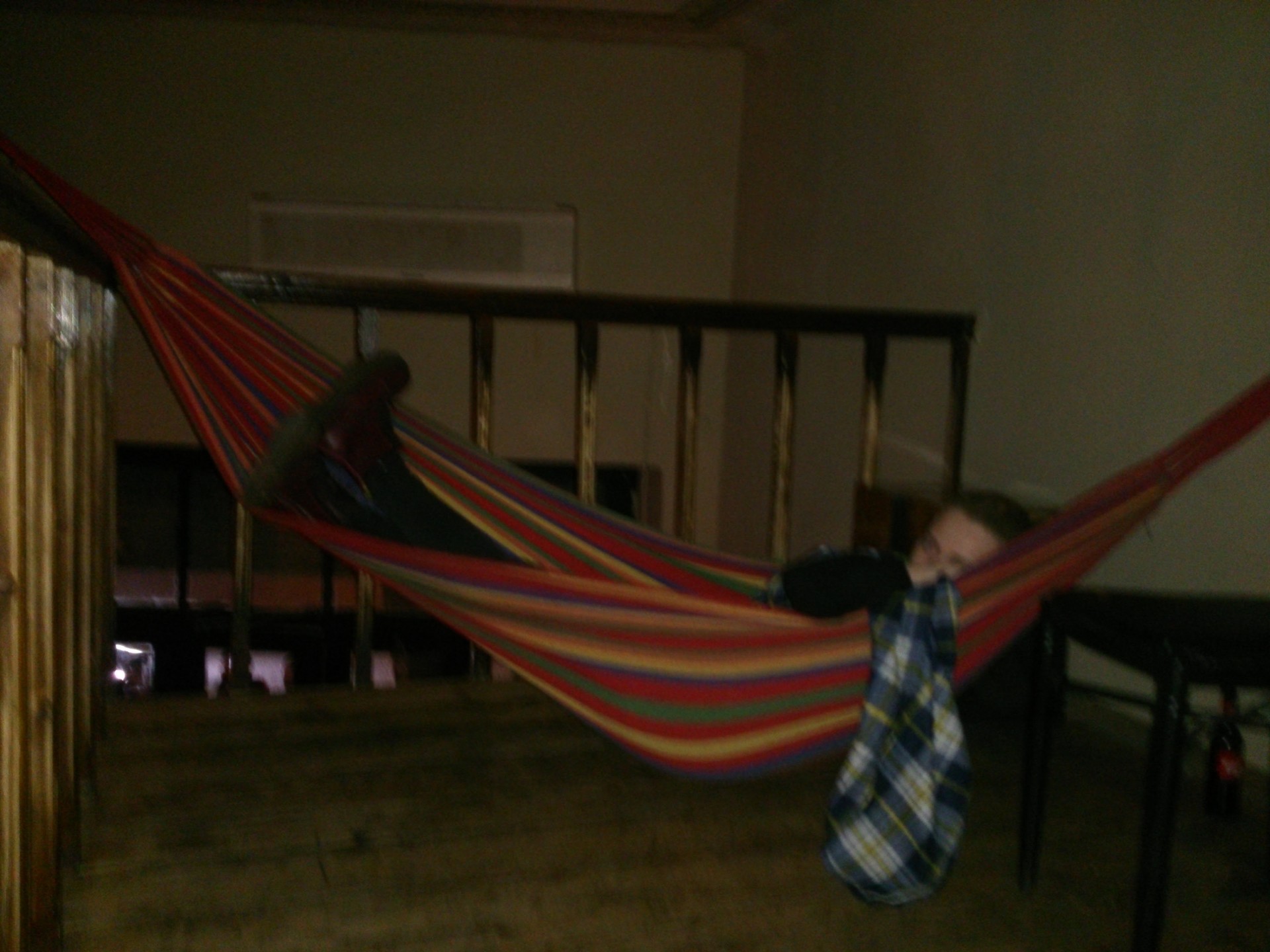 So, as I’ve already told you, the environment in the Generator is pretty cozy and it’s very good for people, who just want to hang out and have some freedom and , well, at the same time, dance or do whatever they want. You know, it’s like home, when you get in there, I mean, there are these cute puffs and tables and hammocks and everything and it’s just really comfortable being there. You can feel yourself at home and lay there or do whatever you want. They have these two floors, you can say and the first one is mainly for dancing and stuff and then there are singers , too, and they sing and they have some DJs and stuff like that, you know. And then there’s this second floor, where there are some hammocks and tables and chairs and puffs and everything and it’s like a balcony, if you want to know the truth and you can stand there and look down on people down in the hall or that room or whatever you can call it.

Well, there’s this thing, though, that there’s only one toilet and there is always a line there and it’s pretty annoying, of course. And I don’t know, why there’s just this one toilet, when they have some space there. Well, to be honest, there’s not much space as it is in other clubs or things like that, however, there still should be two toilets or WCs or whatever, if you ask me and many other people, too.

You know, the decorations on the walls and inside the Generator as a whole, are just great, I mean, they are pretty well decided and I really liked them and it gives the whole environment very distinguished look and it also emphasizes that home-feeling and the feeling of coziness and the feeling of freedom and everything, if you ask me, and that’s what many people like about it, I guess. 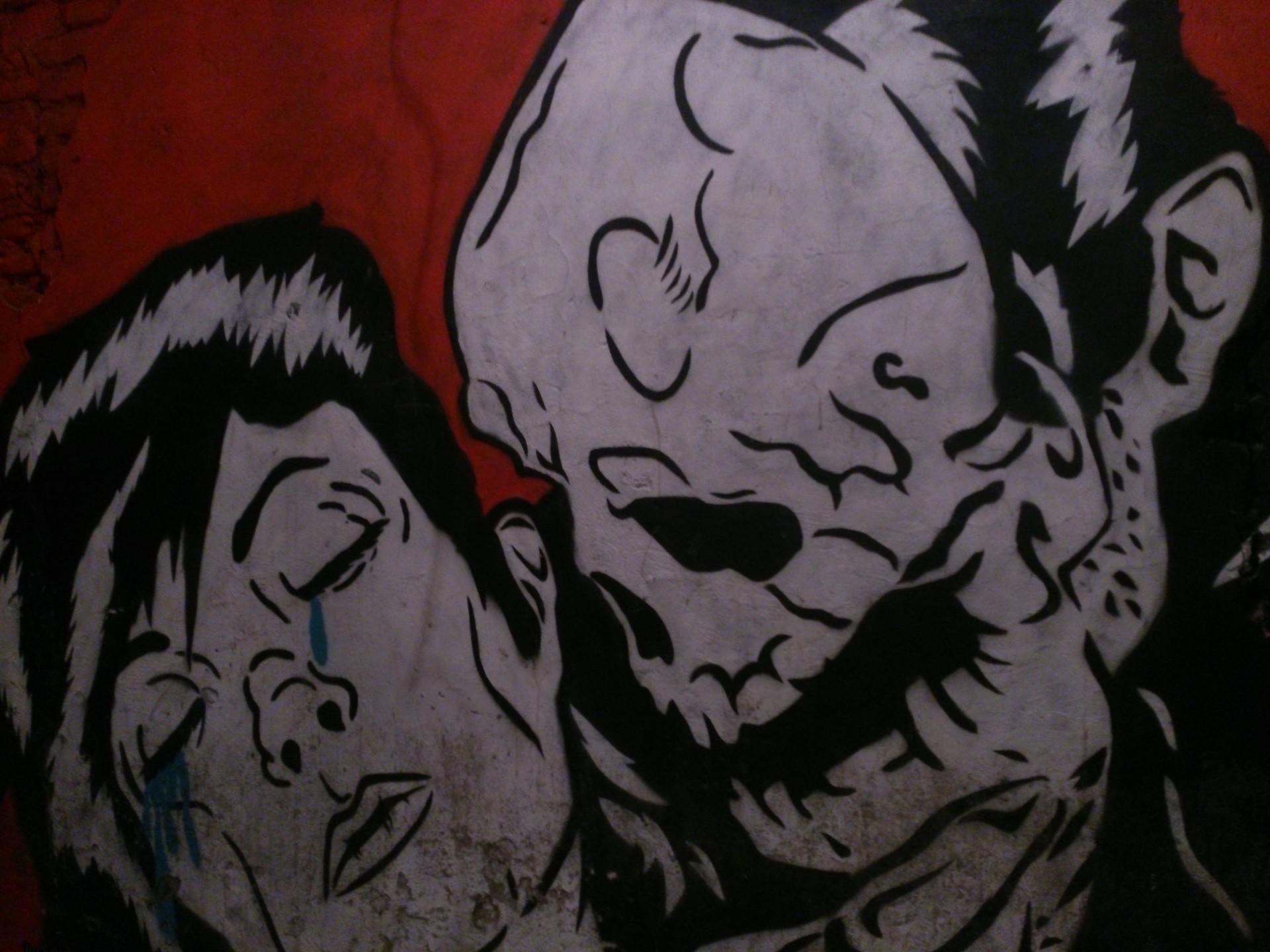 Do you know Generator 9.8? Share your opinion about this place.