Wendy's Georgia | Where to eat in Tbilisi

Wendy's Georgia is where you can enjoy great Wendy's menu 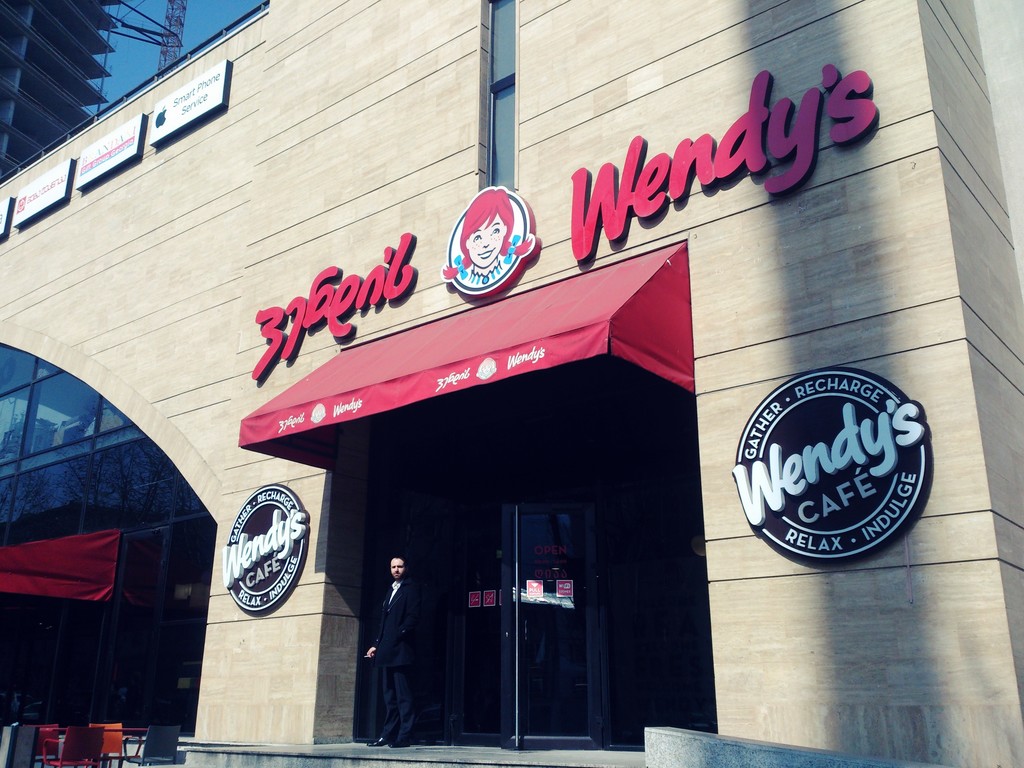 Wendy's is an international fast food restaurant chain and it has not been long since it appeared in Georgia.

Well, if you don't know, I will tell you, that Wendy's was founded in 1969, so imagine, it has a 46 years of history! It was November 15-th, when a businessman Dave Thomas first opened the restaurant in Columbus, Ohio, United States. The restaurant chain became popular in some years and in 1999 Wendy's was the world's 3-rd largest hamburger fast food chain. Its products vary and mainly you will find hamburgers, sandwiches, some salads, desserts, drinks and french fries there. And, I really like the address of its headquarters: 1 Dave Thomas Boulevard, Dublin, Ohio, United States. Pretty cool, ha? 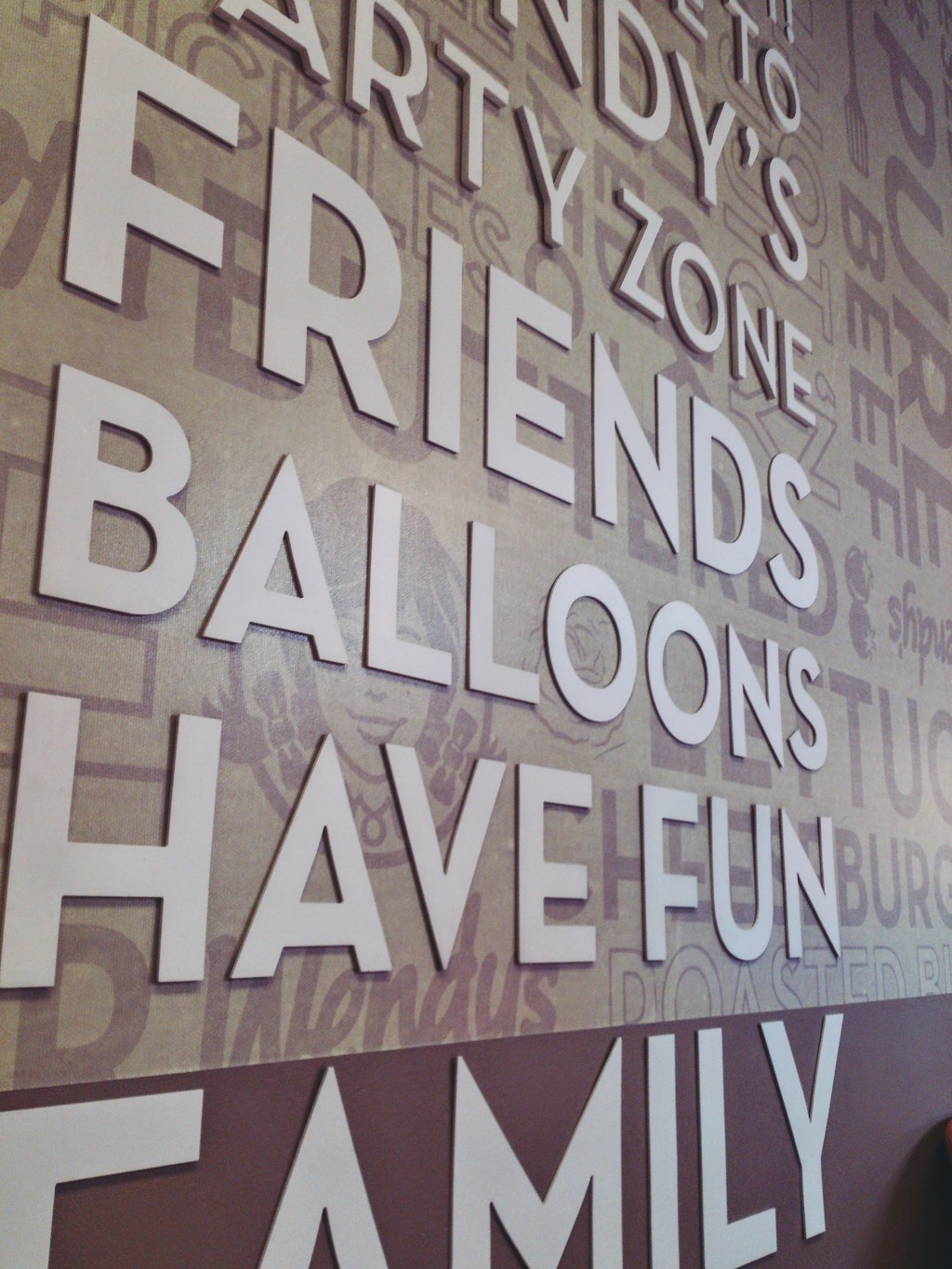 Wendy's in Georgia was opened on September 12-th, 2013. And one of the main figures of Wendy's USA says, that while he's been on many of Wendy's branches' openings, he has never seen anything more grand than openeing the Wendy's in Tbilisi. He says, that Wendy's Tbilisi is the best of all those restaurants anywhere. Tbilisi Wendy's is the most different from all those thousands of Wendy's restaurant buildings with modern equipment and great staff.

What is in Wendy's Georgia

I really like their Fish & Chips, it’s very tasty, great in size and the price is normal, too. They have many combo menus and other stuff, too, that you can’t really say no to. This is a great place to go with your family or friends or whatever and just eat, drink, talk and even play on automates and many other machines everyone just loves to play on.

Wendy’s Tbilisi restaurants have a different conception than all those other restaurants all around the world. It’s said, that this is because Wendy’s Tbilisi has everything in one place _ the burgers, café and playing center, too.

I should mention its café, because the café is really nice and lovely and they have some delicious stuff there. There you can find Tiramisus, which are amazingly delicious and you can’t just get enough of them! They have fruit tarts and pies and other cakes, which are worth tasting. You can drink different types of coffee _ just whichever you wish! And they have Belgian waffles or whatever they are called and fruits and frosts and, oh, muffins! Muffins with bananas, muffins with chocolate, muffins with citruses, muffins with blueberry… OMG, I love those muffins. They are neither very dry nor very juicy. They are just perfect. Everyone should try them out and they will never forget the taste and they will want to eat them every day, every time, every minute, trust me! 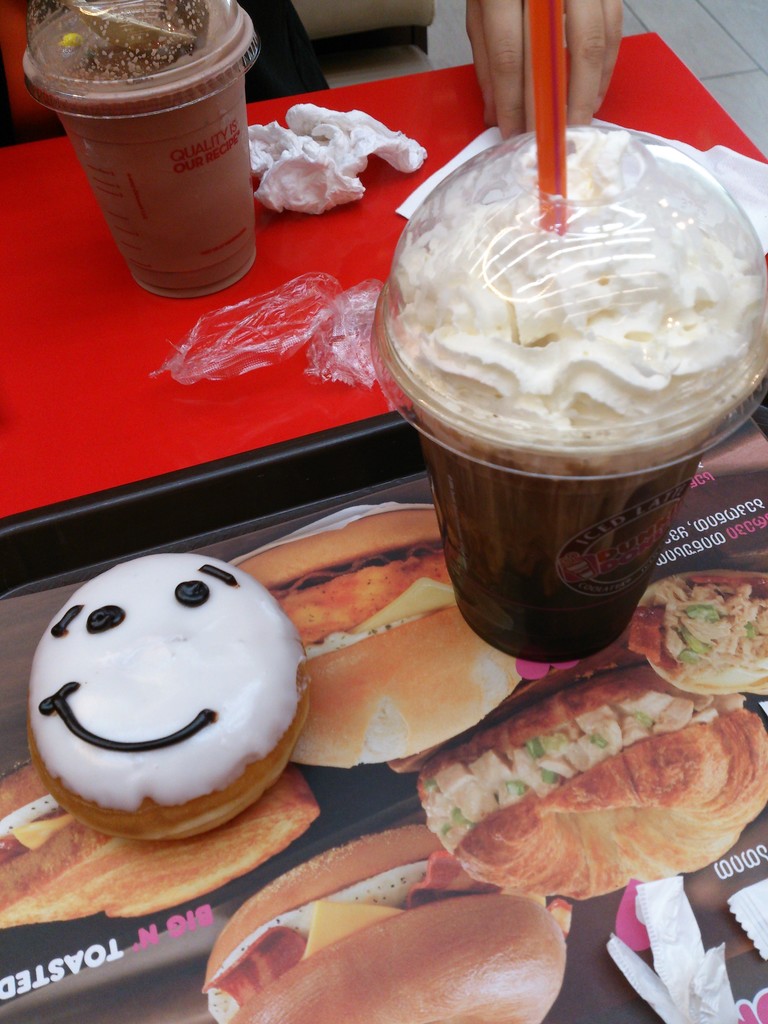 Now they have these Combo Menus. One of them is Combo of 4 _ the Quatro Menu. It's like, four things for just 4 Laris! They include one burger, one Coca Cola, one ketchup and one fries. So, it's a great offer for four Laris, don't you think? What can you get for a better price?! You can either choose cheeseburger, hamburger, nugets or bacon toast menu in that Quatro Menu. I usually choose the cheeseburger menu, because I really like cheeseburger.

There's also a Wow Combo for just 9. 90 Laris! It includes fries, Coca Cola and a Jr. Baconator! And I must say that the Baconator is really worth tasting. It's amazingly delicious! But if you eat the Baconator (and not the Jr. Baconator), you should know that it's really big, so when I eat it, I can't eat anything else.

If you are fasting (and many people are fasting in Georgia), you can have a Veggieburger or its combo menu with Coca Cola and fries.

They also have Pretzel Burger, Portabella melt on Brioche, BBQ Signature and many chicken burgers and wraps, so, as you can see, there are lots of choices in Wendy's Georgia and you won't be dissapointed.

And, oh, you should definitely get that Strawberry Parfait! It will change your life! It is undescribably delicious! 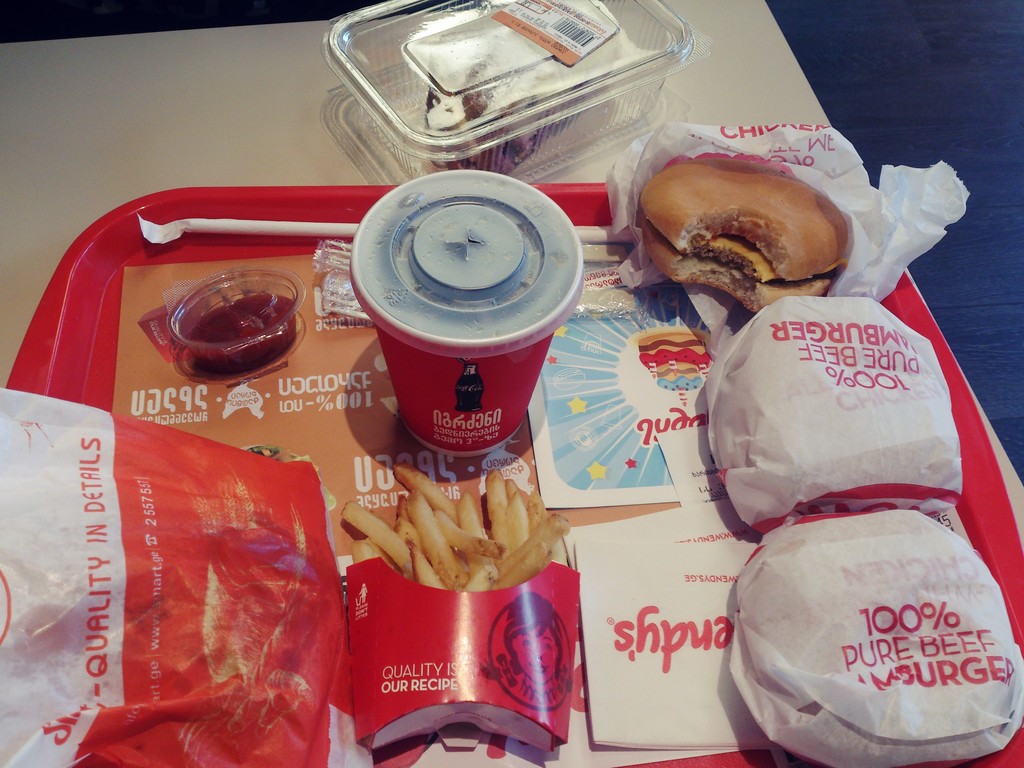 Where you can find Wendy's in Tbilisi

Wendy's has many branches in Tbilisi already, but the biggest one is near the Technical University metro station, and when you come out of it, you will definitely see Wendy's across the road. However, I still prefer Wendy's that is on Rustaveli Avenue near the Radisson Blu Iveria Hotel and I usually go there. There's another Wendy's in East Point that is on the eastern end of Tbilisi, and there are some branches of Wendy's on Chavchavadze Avenue, too. Another one is on Tsintsadze street, and there are two of them in Gldani and Dighomi.

So, there are 8 branches of Wendy's in all in Tbilisi, if I counted them correctly. 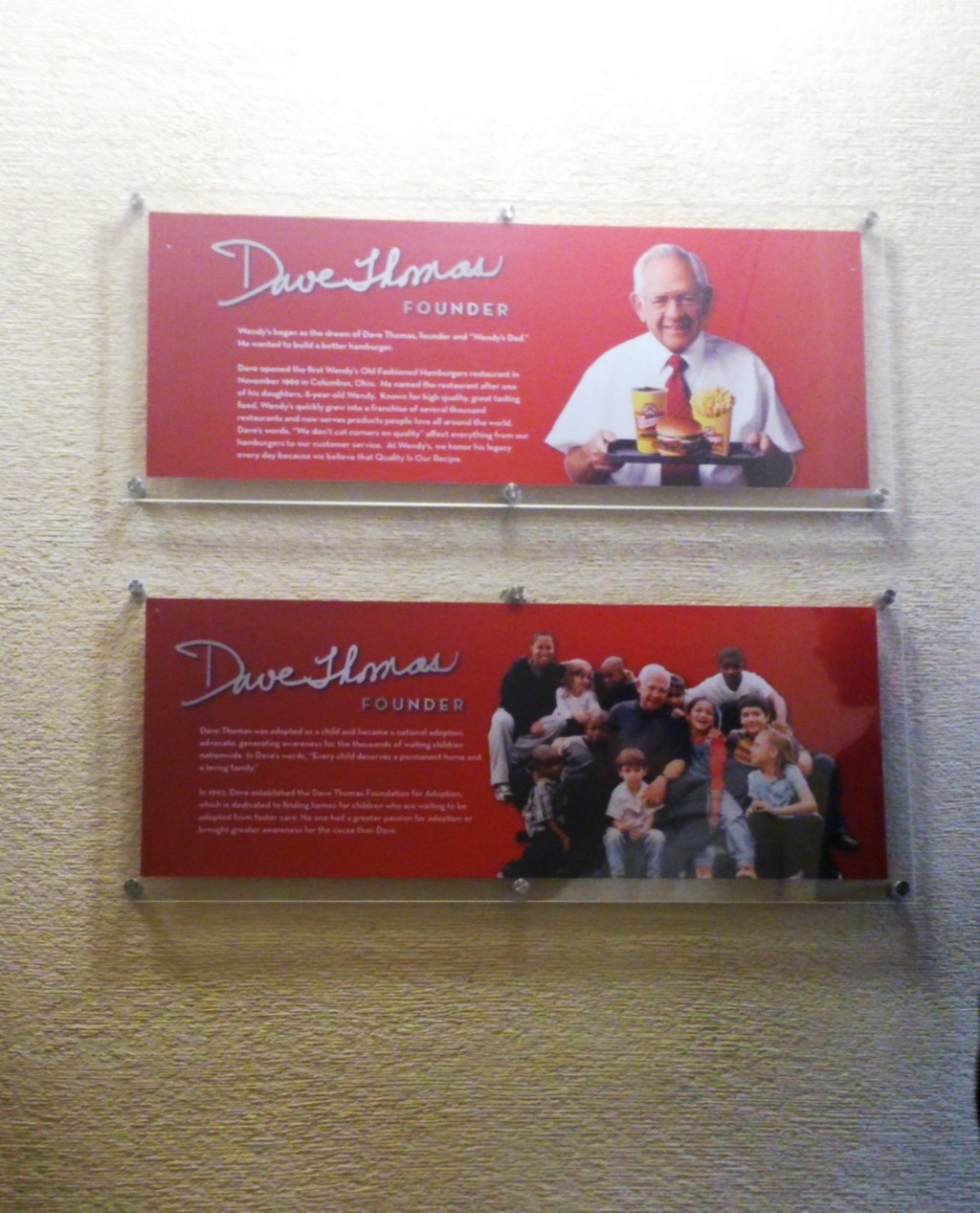 Do you know Wendy's Georgia? Share your opinion about this place.