Dinehall | Where to eat in Tbilisi 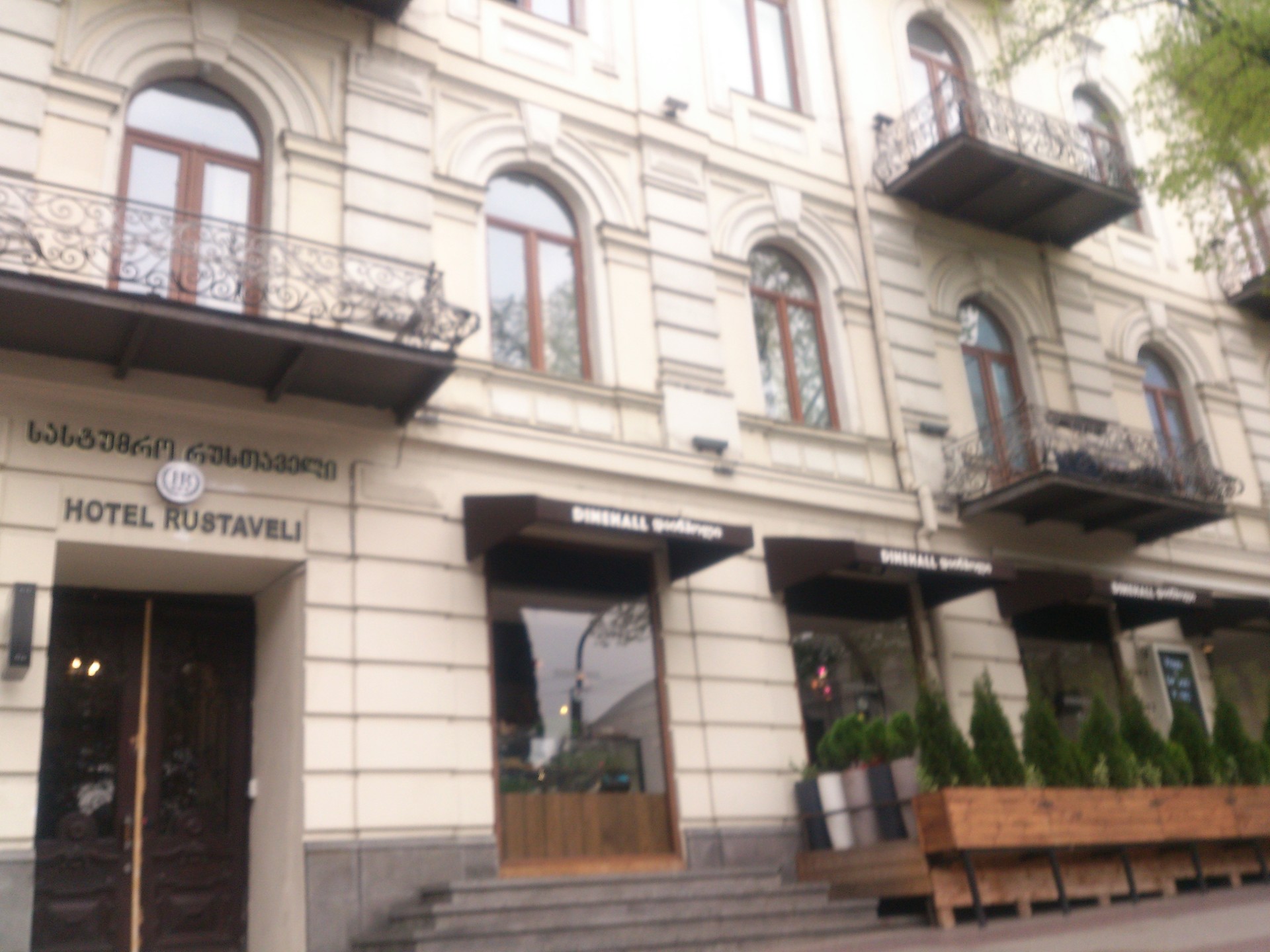 Hello everyone, I hope that you are all doing just fine.

In this article I want to tell you about another place in Tbilisi, where you can go and hang out with friends or family and dine there. Well, it’s called Dinehall and it’s just recently been opened, I guess, and the environment there is pretty great, to tell you the truth.

Well, going around the city, if you happen to travel from Vake park down to Rustaveli avenue, you will see those signs on the sides of the streets, which says “Dinehall” and there are some great photos of this Dinehall and it’s like you get interested in this Dinehall and want to know where it is and what it is and you will want to visit it soon. That’s what those advertisements do to you, I mean, if there were no advertisements, people wouldn’t really know much about many things and those things would stay unnoticed and stuff like that and no one would really know about them, or, well, maybe some of them would know about them and then they would tell their friends and people about them, however, it wouldn’t be that significant as those advertisements all around the cities and countries. That way people get to know about many things just very quickly and with just one advertisement or commercial on TV, everyone knows about stuff, which the advertisements are about and that’s how things become popular around, if you want to know the truth.

Anyways, it was some time, until I decided to finally go there and I thought, that it would be something special and, well, it really was something special, I must say. That was the day, when I was supposed to meet my friend and we were choosing some places to visit the day before and then I remembered this Dinehall and googled itand they had this web page on Facebook and they also had some photos of their dishes and the environment and stuff like that and I started looking at them. To tell you the truth, I was pretty surprised, because the photos were just great and all those dishes and desserts that they had uploaded were pretty good, I mean, they all looked just very delicious, though the prices were not mentioned and I thought, that there would be some expensive things, however, I didn’t really expect that expensive that it was when we got there. 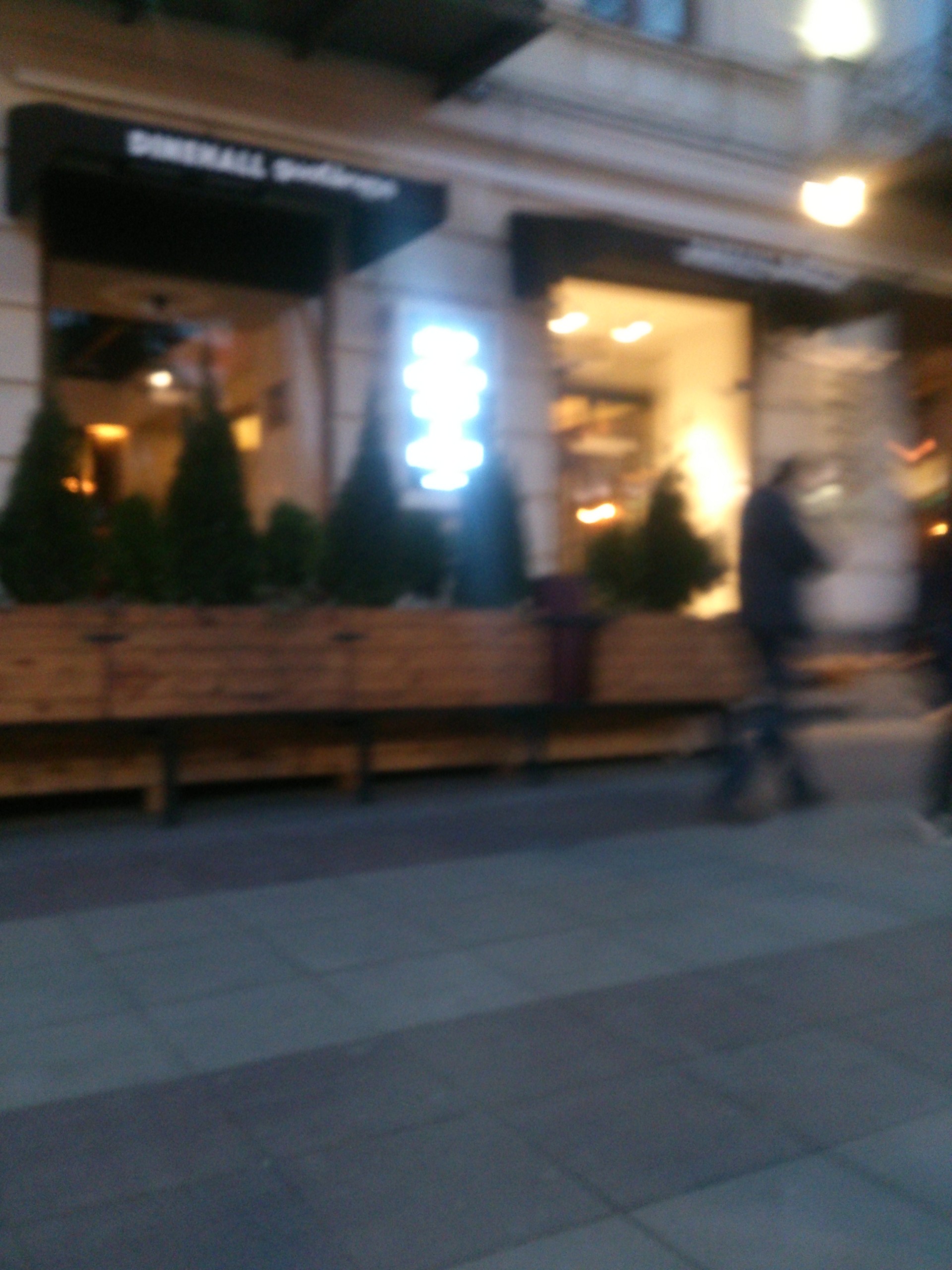 How to get to Dinehall

Well, everyone knows Rustaveli avenue, I guess, so that it’s easy to find some things there and that’s the favourite place  not only for tourists, but for the locals, too, and some time ago there was this tendency, that you should walk on Rustaveli avenue once in a day, and, well, back in those days when there were no mobile phones and stuff like that, people knew, that if they wanted to meet someone or a friend or a relative or whoever, they should go to Rustaveli avenue and there they would meet them, because everyone was there walking and hanging out and enjoying everything, you know.

So, there are many ways of getting to Rustaveli avenue and getting to Dinehall. If you want to take metro, then you should come out on Rustaveli metro station and then you can just walk down towards the Freedom Square and you will see Dinehall just in front of you, I mean, it’s just across the road from the Opera house and if you know how the Opera house looks like, then you will see where the Dinehall is located, however, if you don’t know anything about it, you will still notice Dinehall because of its decorations and sign and stuff like that. It’s really beautiful from the outside, you know, not to mention the environment inside. It’s just really amazing. One should visit it just too look around and see all those great things in there, if you ask me.

Well, if you are taking a bus, there are some buses going there and they have a stop just exactly there, so that you don’t need to walk anywhere, you know. If you are taking a bus from Chavchavadze avenue or Rustaveli avenue or Rustaveli metro station or whatever and those buses are going towards the Freedom Square, then I will tell you , that those buses are No.61, 140, 88, which will definitely go there. There are also 150 number buses, which you need to catch nearby Philarmony building bus stops. And, actually, you can catch any bus, which goes to Baratashvili bridge, because every one of them will go to that place, where Dinehall is located. 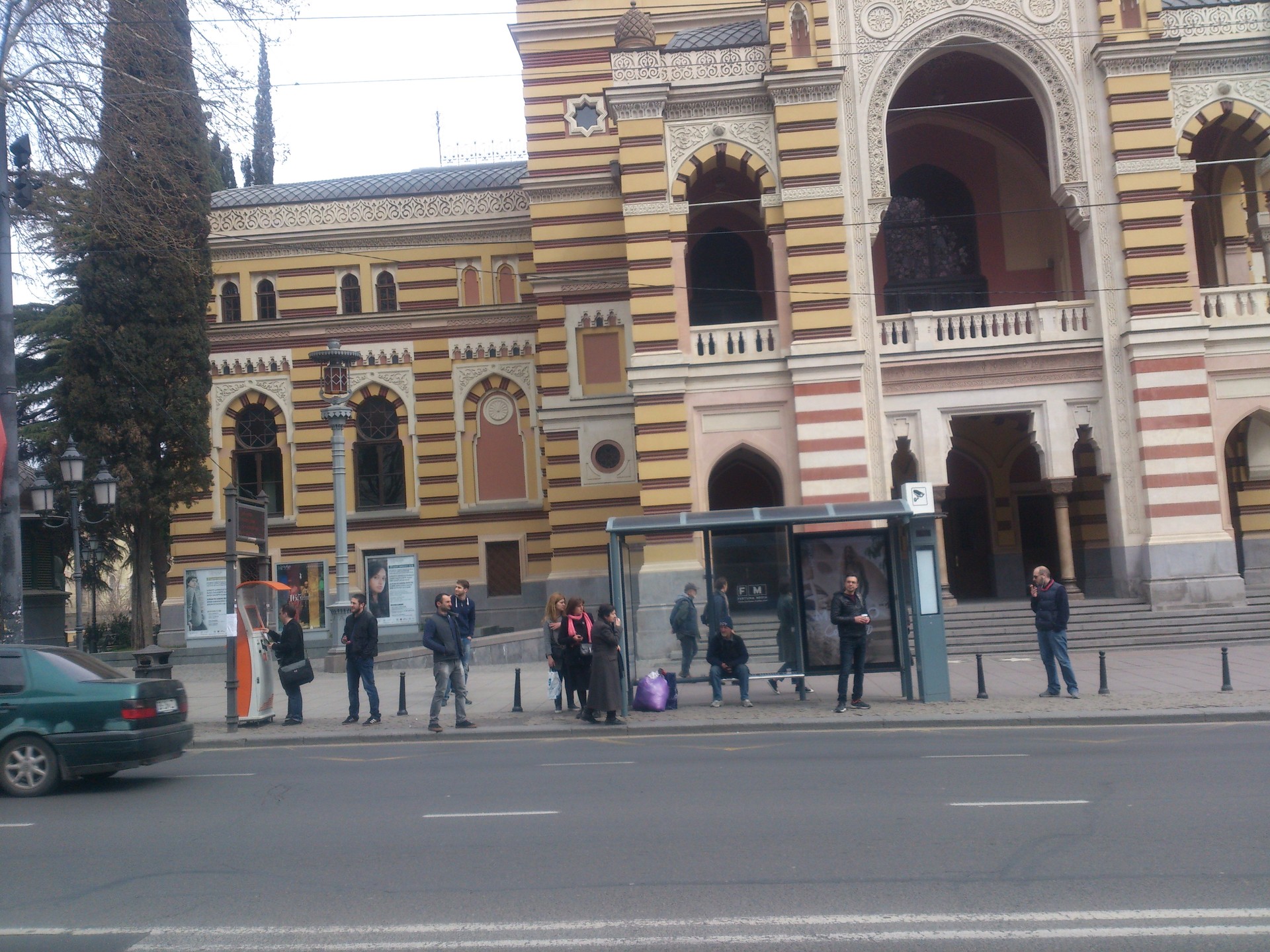 You can also go there from the Freedom square by many buses, such as 140, 88, 150, 61, etc, which go towards Rustaveli avenue and further and they stop at the Opera house, where you can get out and cross the road with that underground just in front of the Opera house and get to the other side and go inside the Dinehall. There are some microbuses going to that direction, too, but I don’t really know the exact numbers of them and I won’t write about them now so that I won’t write some false information here. However, as I’ve always said, it’s really easy to take metroand get there by it, because it’s fast and efficient and then you just have to walk a little, or you may even take a bus to the Dinehall, if you want to. Well, I usually prefer walking, so that it’s not a problem for me to walk to the Dinehall from Rustaveli metro station, if you want to know the truth, however, you can walk a little from the Rustaveli metro station towards the bus stop, which is just nearby in front of the exhibition and you can wait for any bus, which comes there and tatke any of them and, I guess, it’s just one stop to the Dinehall and the bus stop is just in front of it, so that you won’t miss it, you know. 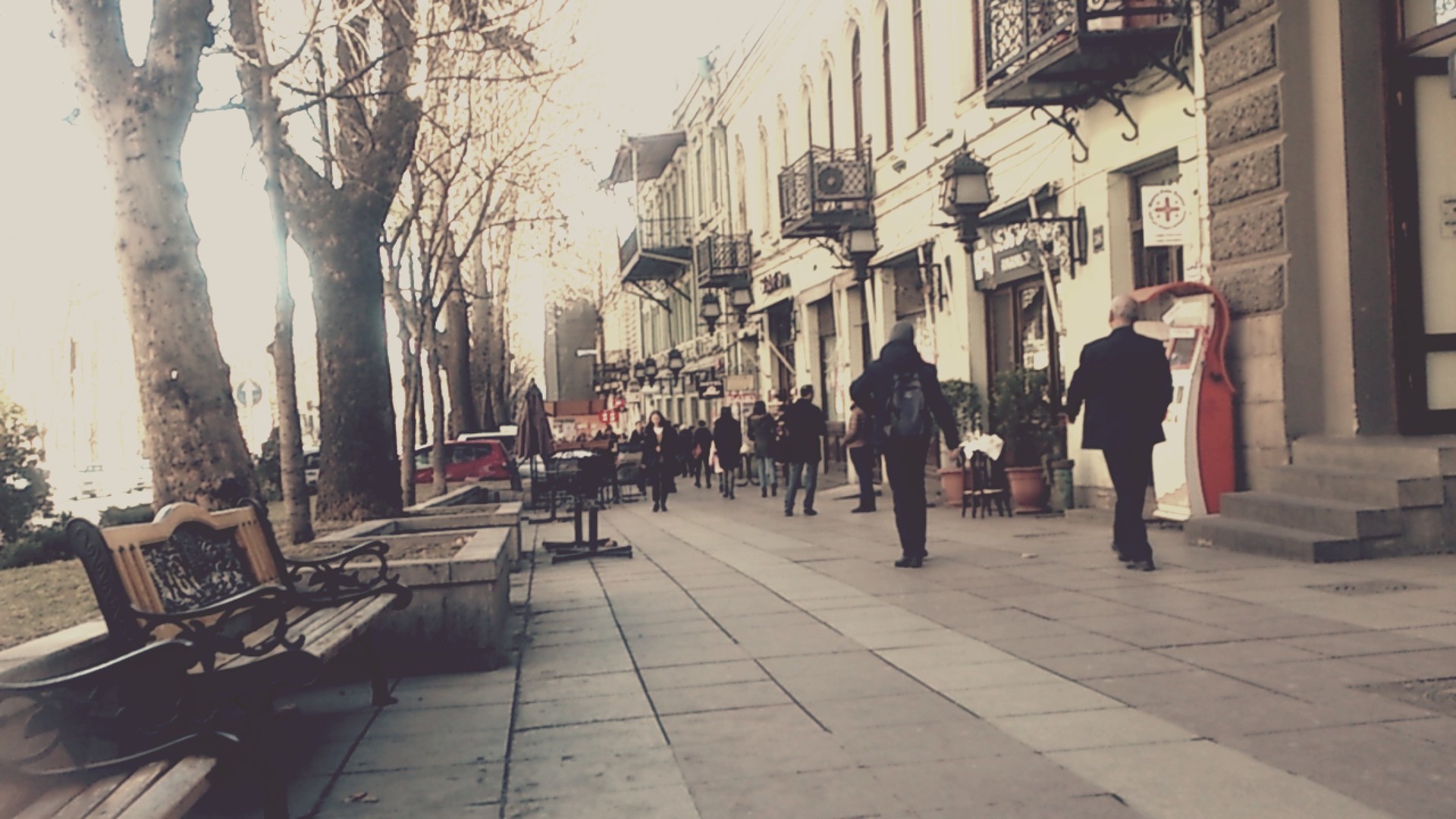 Well, the environment is very cool, I mean, there are all those decorations and stuff like that and I really liked them very much and I wanted to look around and see those stuff there, however, I could just see some of it, because this girl was following us all around and it was pretty annoying and it was impossible to ignore her. Going inside, you would see this vast space in front of you and there were the stairs going down to the Georgian cuisine section, and there was this café style room on the left, where there were some small round tables with cute chairs and there were also some great tables at the windows and they were just great places and me and my friend wanted to sit there, however, all those places were already taken and we couldn’t sit there, unfortunately. The decorations were just really beautiful on the walls and there were flowers on the tables and then there was this shelf, where they had all those pastry stuff and you could choose which one you wanted to have. There were also these coats hangers there and they were those ones, which they used to have some centuries ago and it made everything look quite familiar and homie and things like that, you know.

There was this art corner just above the stairs on the right, where there were some beautiful pieces of art and it was just the place, that I wanted to see, I mean, this Dinehall is not just some place to go and eat, but you can enjoy every second of being there with those decorations and paintings and things like that and you should definitely go there just for that, if you want to know the truth. 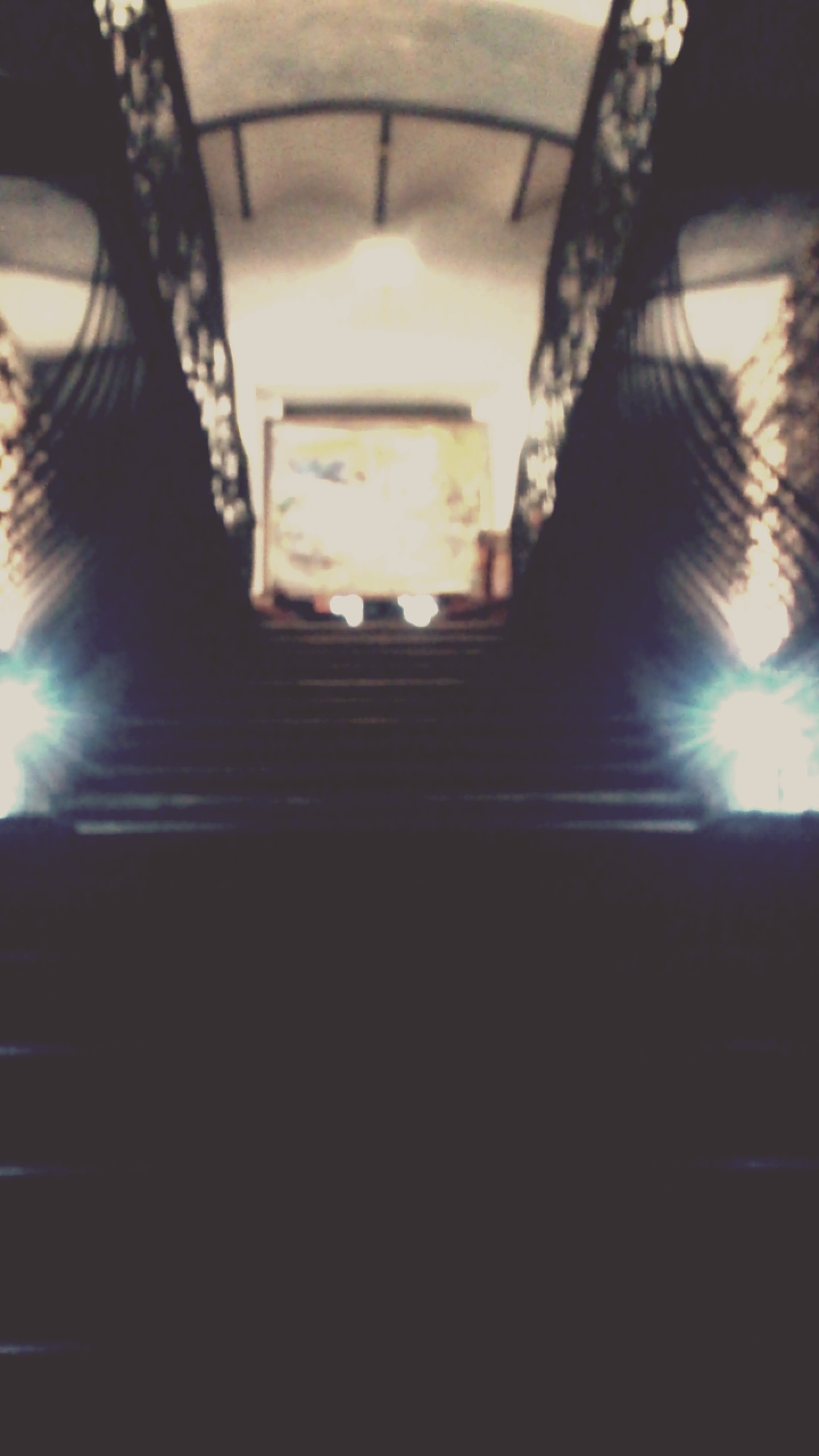 Well, when I was looking at their web page on Facebook, they had all those great pictures of their dishes and especially, the desserts and I really wanted to have those desserts tasted, however, when we got there and had a look at the menu, they didn’t offer much and while we wanted to have some salads, they just had these three salads or something like that and one of them was the Caesar salad, which was very expensive and, well, everything there was very expensive and there was not much of a choice in anything. Imagine, one khinkali cost there 1.20 laris, when you can have it for 70 tetris or something like that in some great restaurants and other diners.

Though the desserts looked just great, I remember, that their tiramisu cost really expensive or something like that and it was pretty shocking, because it would be a tiny piece of that cake, I guess, and it wouldn’t be enough for even one person, you know. So that it all was for tourists, I guess , because they are willing to pay some expensive prices in those things and they don’t even think about how expensive those things are, if they are not familiar to Georgian cuisine and prices and stuff like that, and, I guess, that’s why there are advertisements all across the street of Dinehall, so that those people will go there, who doesn’t really know any other better place to go and have a meal. However, it’s worth visiting, because the environment there is really great and one should see those things around and enjoy everything there. 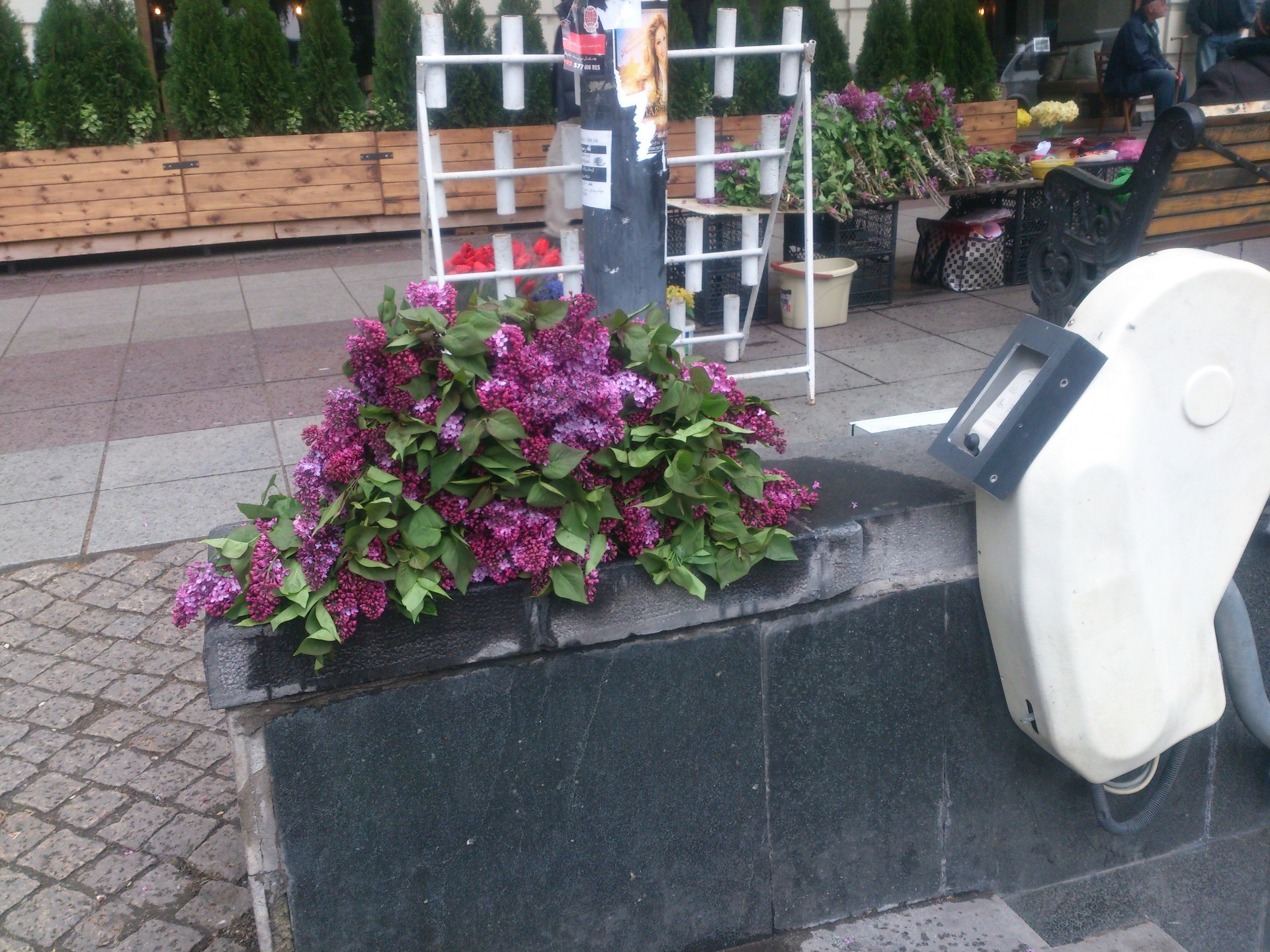 Well, I guess, you wonder, how our visit there ended up. I must say, that first of all, we went to this café place and we looked around and we didn’t really want to have desserts and decided to have some salads and things like that and they told us that then we could go downstairs. Until we got downstairs, there was this large room on the right, where it was a room for smokers and that one on the left, where we were, that was for non-smokers. So that everything was considered, you know. And going downstairs, we found ourselves in this traditional Georgian environment or whatever, where the national cuisine was on the menu, though there was not much of a choice, either, and, as I’ve already mentioned, everything there was very expensive, and, besides, they didn’t have salads on that menu, either, so that we decided to have something upstairs at least, but when we looked at the menu, we didn’t really want those things and then we just left that place, because one thing that we could eat was this Caesar salad, but it was so expensive, that we didn’t want to spend our money on that, and, besides, we didn’t know whether it would be delicious or not and if it was a small portion or a large one and things like that and we decided to hit another café or some place familiar, where we knew, that everything was reasonable and delicious. and, of course, we could buy some things there and spend that money on them, but it would be in vain, because we would just eat those things and then nothing! And it would be just horrible, if we didn’t like those stuff, you know. And it’s not that good idea to spend that much money on some things, especially on food, when you are a student and you want so many thing to do and you don’t really have enough money for everything. and that’s why I told my friend to go somewhere else. Well, of course, she wanted to go, too, but she couldn’t say that, I guess. So, we left.

And that was our visit in Dinehall, if you want to know the truth. 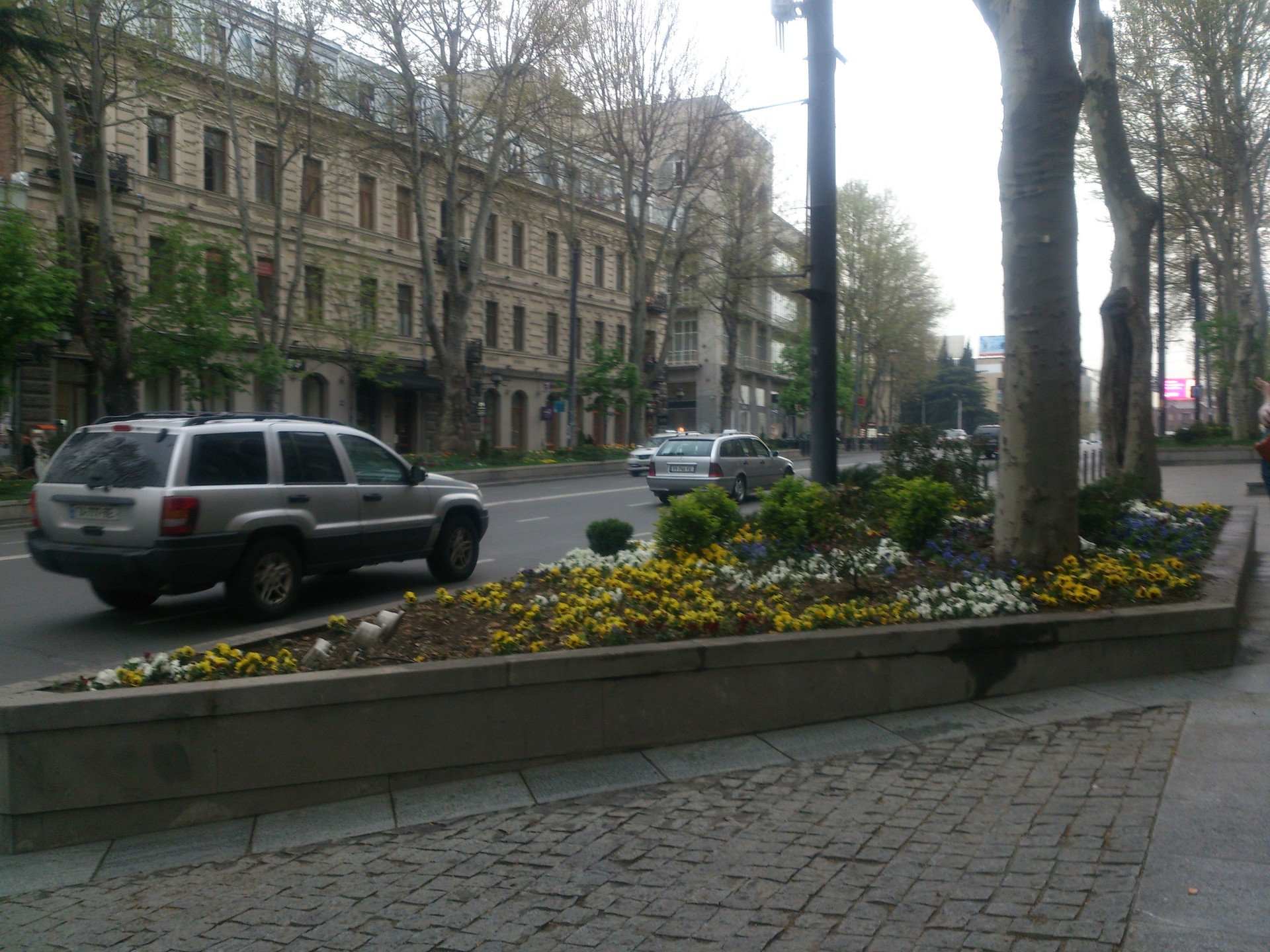 Do you know Dinehall? Share your opinion about this place.