Dry Bridge | What to see in Tbilisi

You should visit the Dry Bridge in Tbilisi 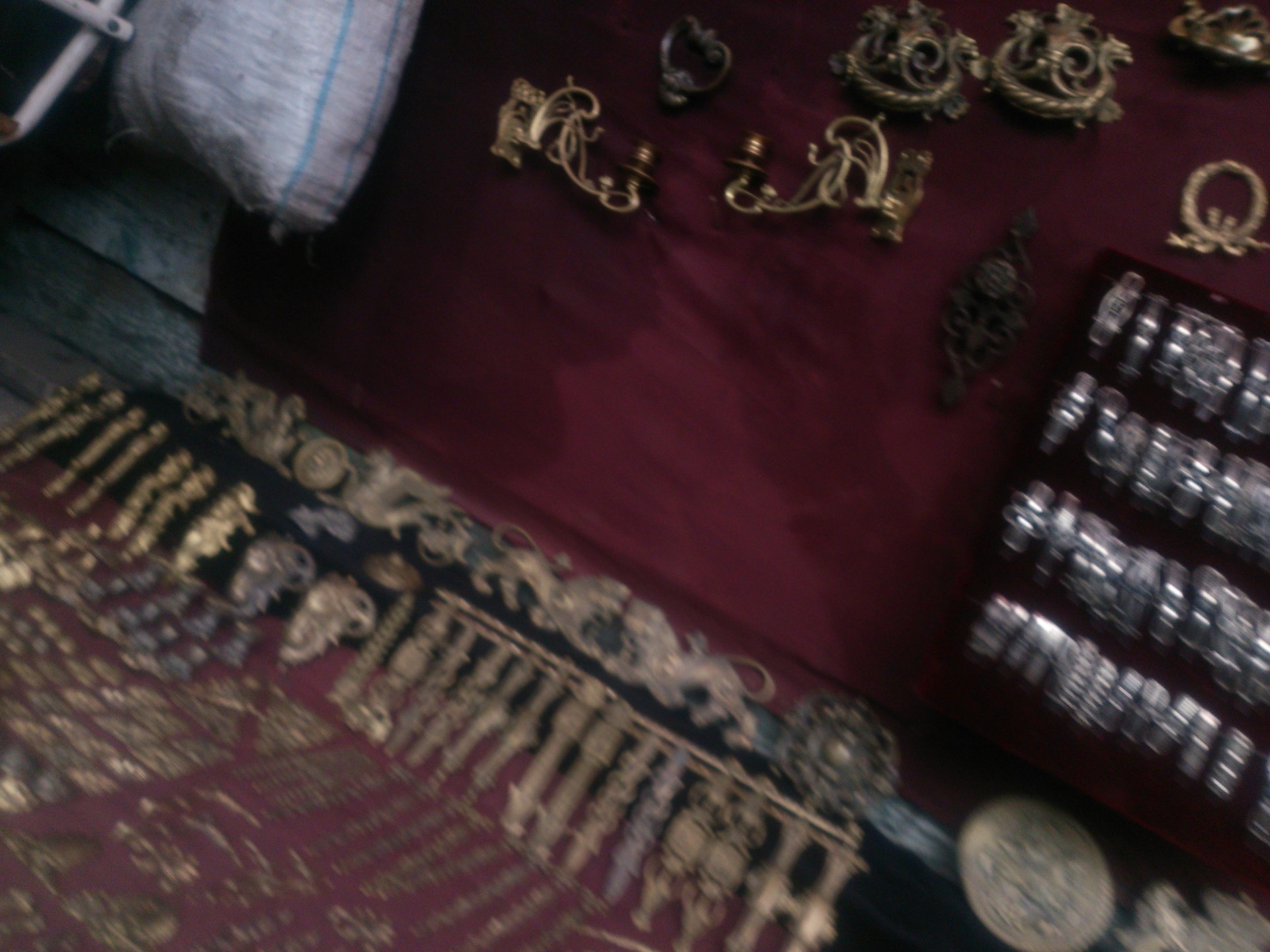 Hello everyone, I hope, that you are all doing just fine!

Well, have you heard about the “Dry Bridge”? perhaps you have, if you have been to Georgia and, particularly, in Tbilisi, however, if you have even been in Tbilisi, it’s not really necessary to have heard about the Dry Bridge, I must say. So, you may hear “Mshrali Khidi” in Georgian, which means exactly “dry bridge”, however, they all call it that and when you hear it in Georgian, you shouldn’t get confused.

So, this dry bridge is located somewhere nearby the Mtkvari shore, however, it’s not on the river, it’s just above some usual street and that’s why they call it the Dry Bridge, because it’s not on some water to be crossed. It’s located nearby the House of Justice building in Tbilisi and there’s the exhibition just beside it, so that people really love going there, because they can enjoy both the antiquities and the paintings, which are kind of exhibited on that area and you can have some free exhibition there. However, there are so many different things, that you might want to buy some of them there, especially if you love collecting some antiquities or things from the last century or even older. 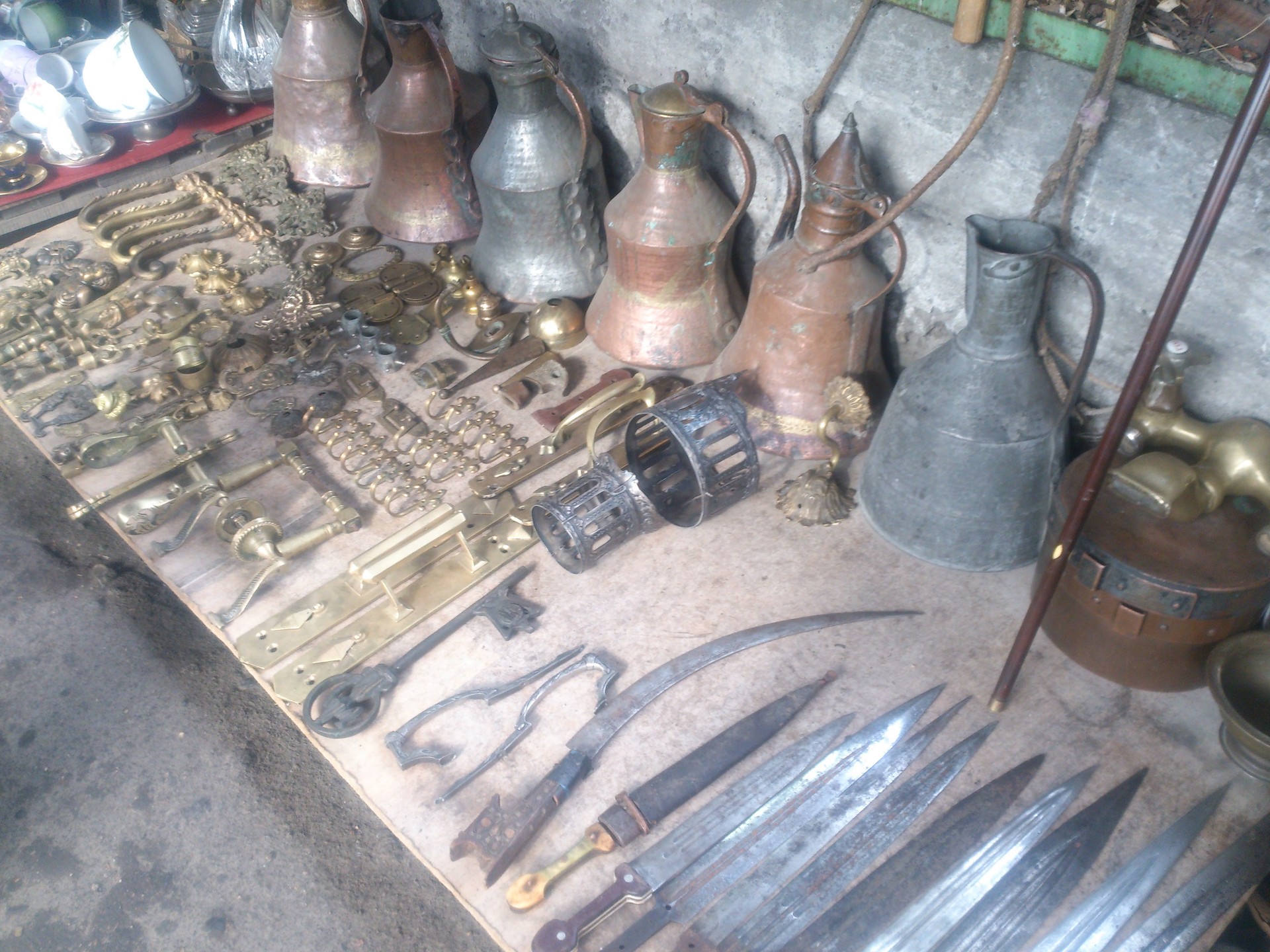 About the Dry Bridge

Well, the Dry Bridge was called “Mikheil’s minor bridge” some time ago. It was built in 1849-51 years and the architect was Giovanni Scudieri _ an Italian architect, who worked mainly in the Russian empire and in Odessa and Tbilisi, in particular. He was born in 1817 in Padua and died in summer of 1851 in Tbilisi during the building of a church there. You can even find a signature on the Dry Bridge written in Georgian and in Italian, saying that the bridge was built in 1848-1851 years and that the architect was Giovanni Scudieri,  however, there’s written that he was born in 1816.  After his death the construction of the bridge was continued by the engineer Blicks. 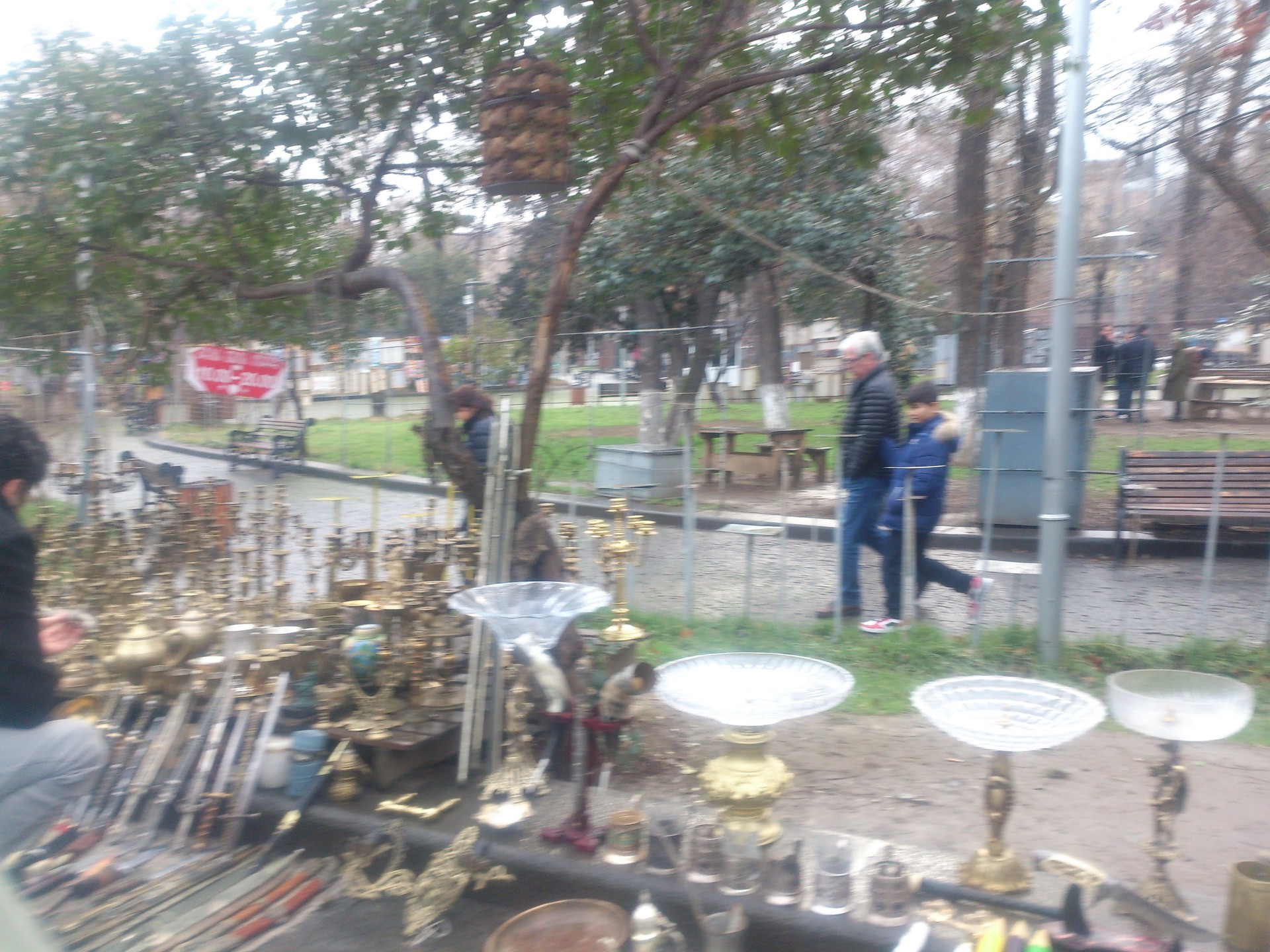 The bridge was on the Mtkvari river until the 1930s, when the branch of Mtkvari there was dried and the bridge stood there without any water, so that the people called it “Mshrali khidi”, or “the Dry Bridge” in English.

There are two buildings in the beginning of the bridge, which are just amazing and unimaginable on the bridge. Those are the two former hotels _ the “Grand hotel” and “London”, which are classic architectural buiildings with wooden and iron balconies.

The Dry bridge is located on several metres from Rustaveli avenue and you can just walk from there to the Dry Bridge. You can always find many people there and there you can see the memories from the soviet union or even from the older times and you can also find many modern things there. 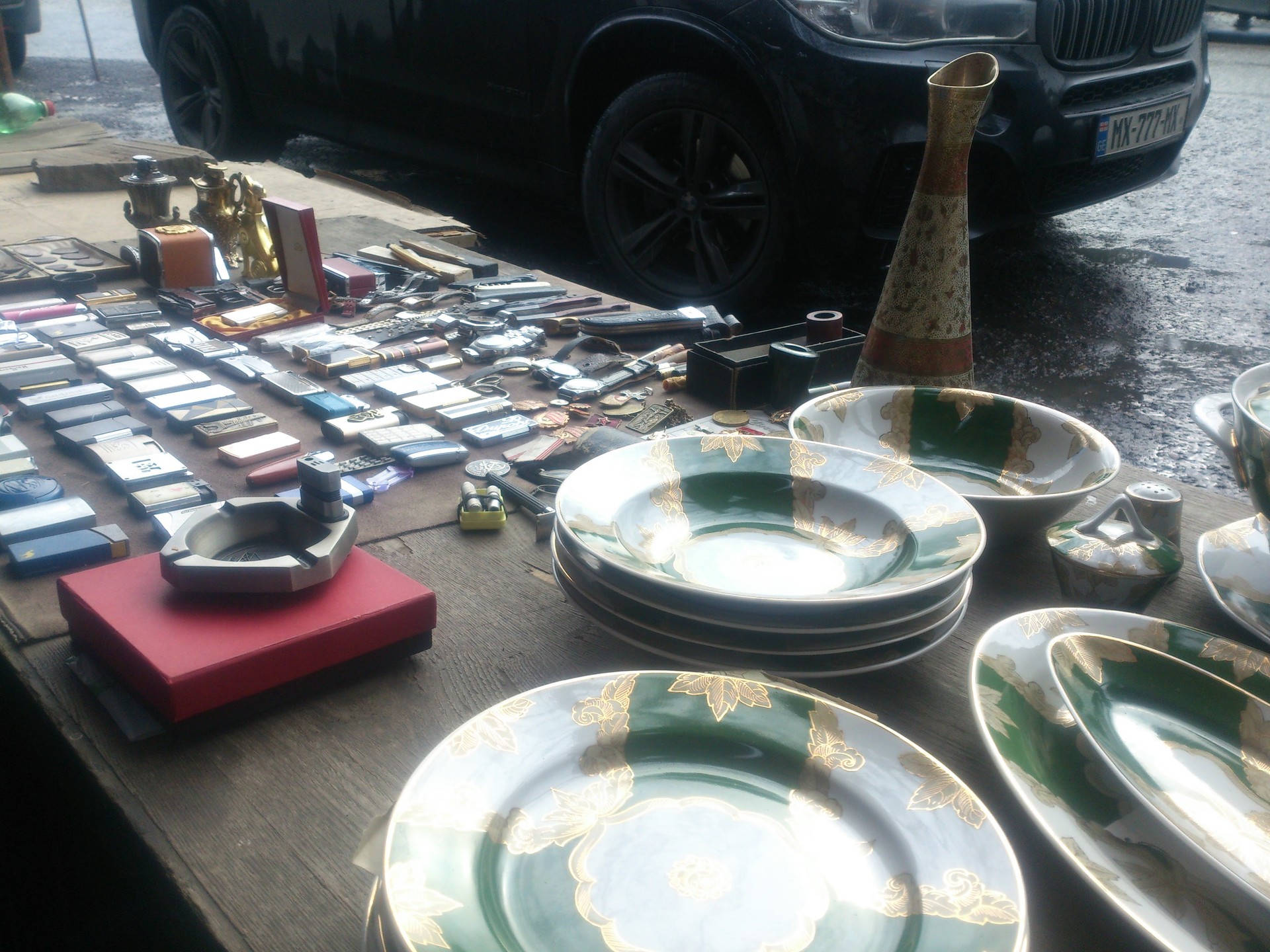 Well, if you are on freedom square and you want to go to the Dry Bridge and see some stuff there, you can just walk there and it will take somewhere about 20 minutes with just walking, however, you can take a bus or microbus to get there, too.

The dry bridge is like a permanent flea market, where you can find some souvenirs and things, which will look great in your house. Moreover, except from the things intended for tourists, you can see there medals from the second world war or old clay things, handmade jewellery, old photo cameras and many other things, which are in pretty reasonable prices and collectioners just love going to that place while being in Georgia and in Tbilisi, in particular. There you can see some original things from the soviet union, eastern Europe and Georgia and Armenia or Azerbaijan or from any other place in the world. There are things, that you can not even think, that you would meet them there. 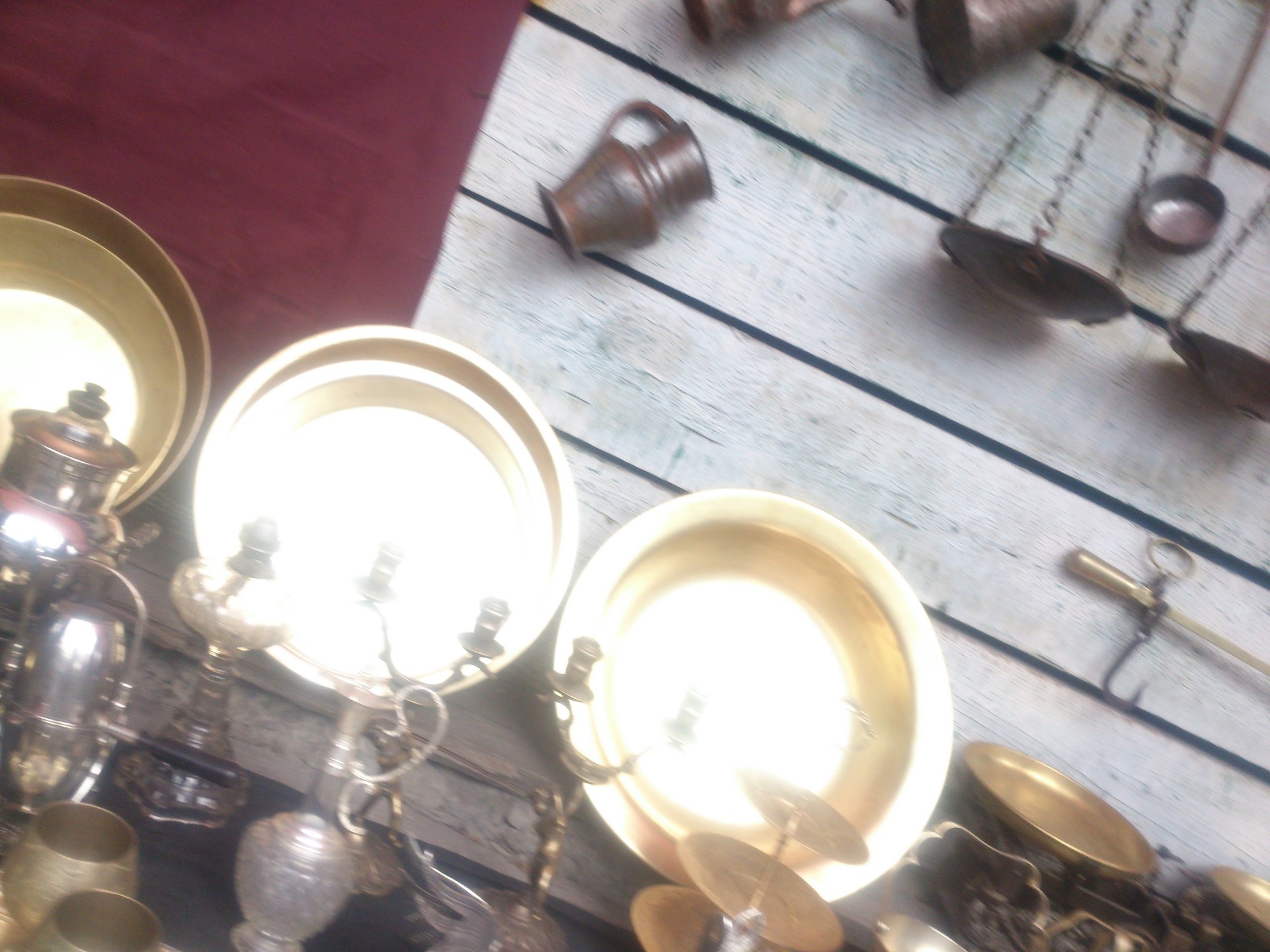 Well, I can’t say, that I go there very often, because I don’t really love looking at such stuff, and, besides, when you go there, it’s impossible to just glance at all those things, which are there and just come back home, you should stay there for hours looking at them and appreciating them there, because there are many things there to be looked at. So that, when you plan to go there on the Dry Bridge, even if you are not going to buy anything, you will have to keep in mind, that you will need a couple of hours to be there to see all that stuff there. And if you have a reason, why you are going there, I mean, if you want to buy something in particular, which you know, that you will find there, then you will need less time, however, you will still be there for a long time, trust me. 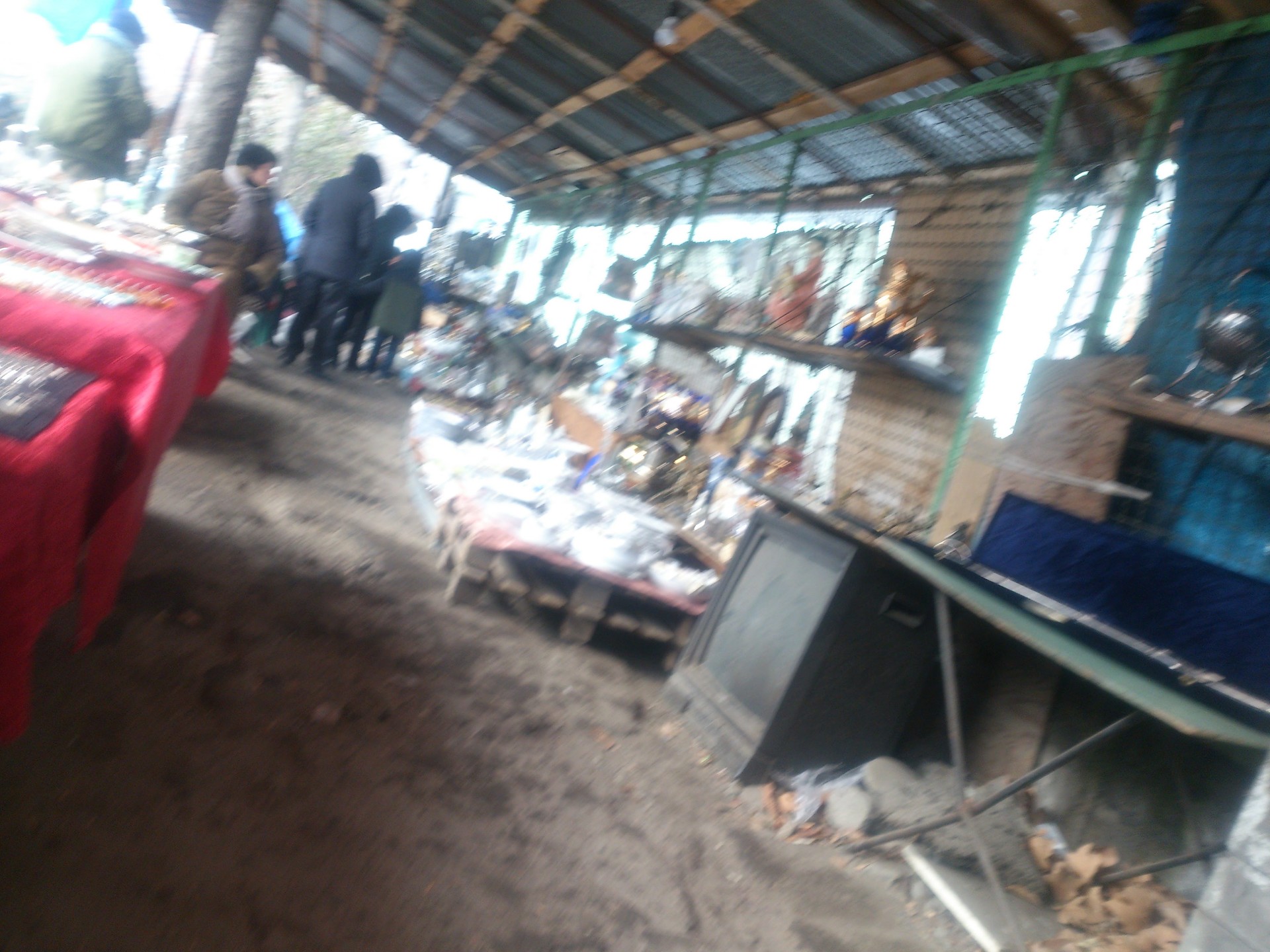 Me visiting the Dry Bridge

Well, we visited this Dry Bridge the other day, when my father needed to buy a wristwatch and you can see some original wristwatches there, everyone knows that and that’s why we went there, too. It was a pretty cold midday already and it was kind of snowing, so that there were not as many people there yet, as there should have been. That’s why we had to walk around there for some time asking about the wristwatches and hoping, that someone would have it there, however, the man who had those wristwatches was not there yet and we had to wait for him if we wanted to buy some wristwatches there. 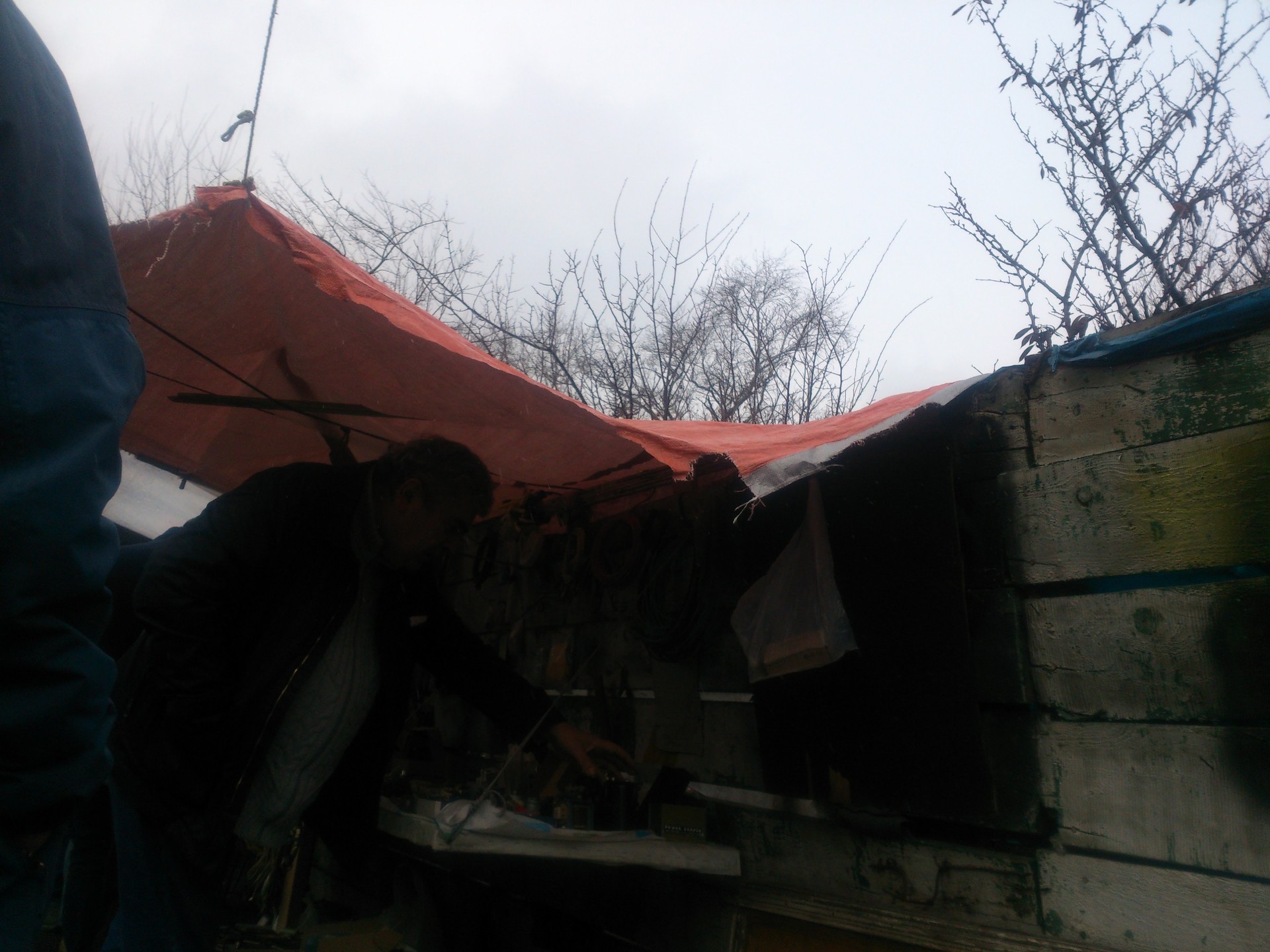 There were still many people around, buying and selling stuff and some of them were for just hanging out and looking at the things there. There were still many cars around and it was pretty difficult to park there and there was the police moving around pretty  often, so that the cars wouldn’t park in the middle of the street, just like they usually do there and then there are those traffic jams and things like that, so that to prevent that, police cars usually go there from time to time.

There is this park just beside the Dry bridge, where there’s this round, full of some plants and flowers and there are usually many doves there, just like in old European squares and you can enjoy being there, too, while feeding the doves and having fun with them and taking some great pictures there. 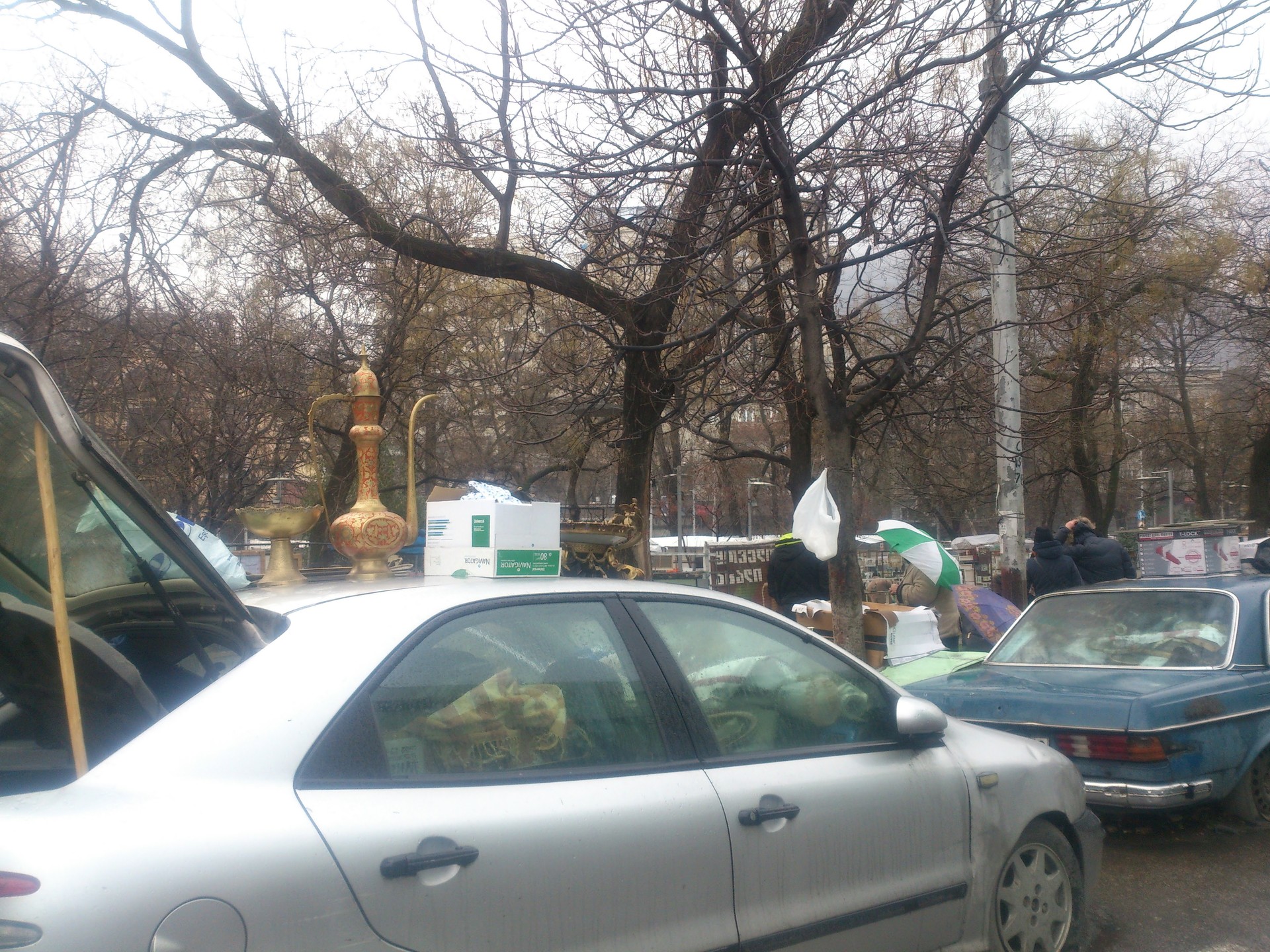 So that, after some time of waiting and sightseeing and looking at some stuff there and paintings, too, and many other things, we did got what we went there for and though it took some pretty much time, we still did it and it was the main thing in there and it didn’t really matter, that we waited for such a long time.

Anyways, if you are going to the Dry Bridge, make sure, that you don’t take money with you if you don’t have an exact reason of why you are going there, otherwise, you will just spend your money in those things, that you might not even need at home. So that, be aware of that and go to the Dry bridge when it’s not very cold or not very hot, because it’s really uncomfortable walking there during those times. 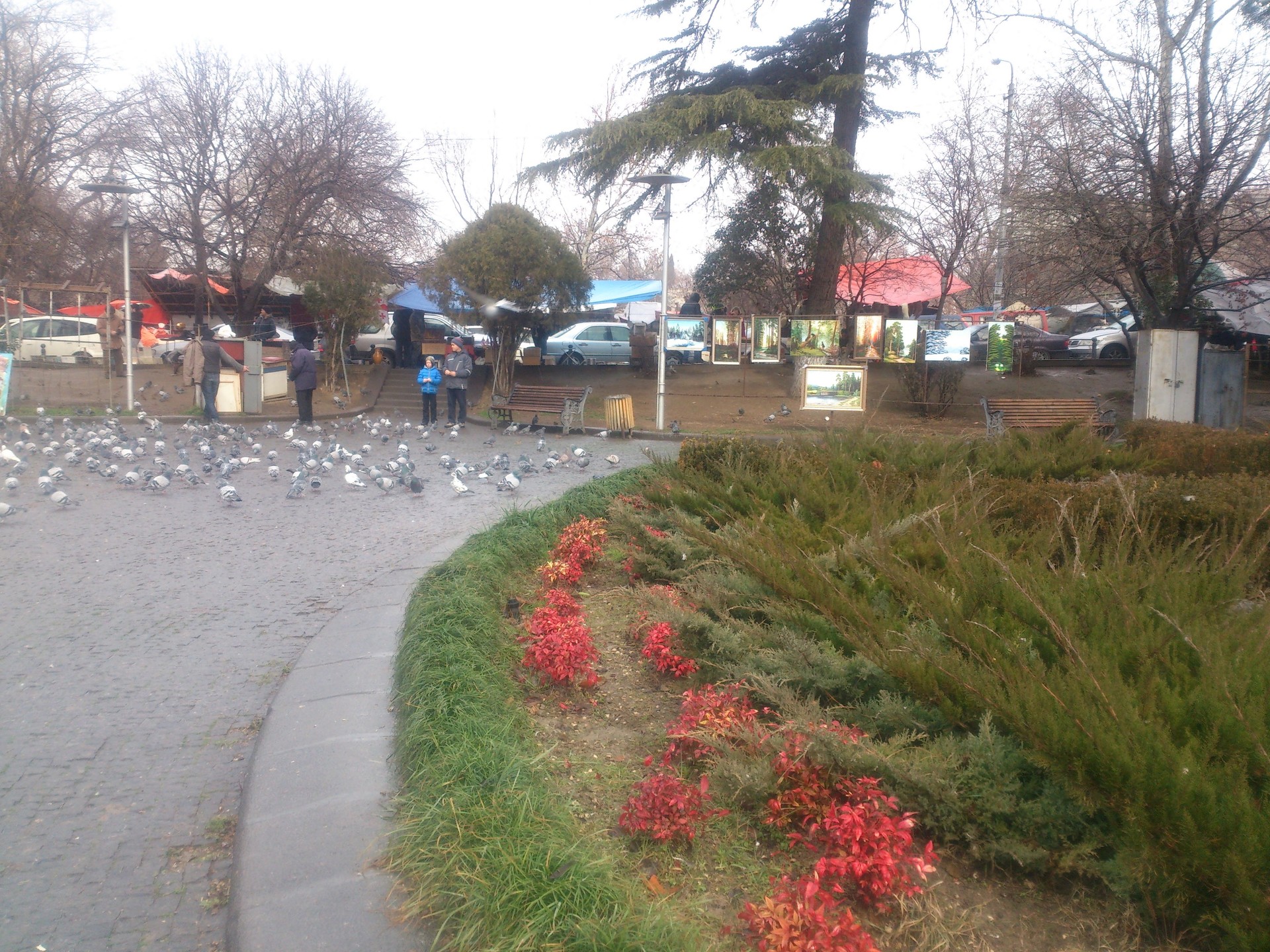 Do you know Dry Bridge? Share your opinion about this place.