Svetitskhoveli Cathedral, Mtshketa, Georgia | What to see in Tbilisi

A Present View Of The Ancient Capital

Religious places are often boring to many people but travelling to Mtshketa a city located just a few miles from Tbilisi the capital of Georgia will prove such a statement false. Mtshketa has its own history as it was the capital of the Kingdom Of Iberia the ancient Georgia in the very past. Mtshketa is easily accessible through mini vans also called Masood cars by the local people and you will hardly need a hour to reach the place. Mtshketa has two sites that has a rich cultural and traditional backgrounds recognised by the UNESCO as World Heritage Sites.

The place not to be missed in Mtshketa is the Svetitskhoveli Cathedral. The place has been renovated by the government very recently preserving the culture and tradition of this holy place. To reach the cathedral a short walk uphill is needed, but this walk will surely be a walk to remember..! You may find some roofless classical Mercedes's designed especially for transporting the couples getting married in this holy cathedral. On your way up on both sides there are shops selling some Georgian antiques, traditional dresses and of course the world famous Georgian Wine. After climbing up a few minutes you'll catch a glimpse of the mighty cathedral standing in front of you. On your way to the entry the place is filled with greenery and some classical decorations. In case if you desire to have a snack or food at this place there are multiple hotels offering you a wide variety of Georgian cusines. 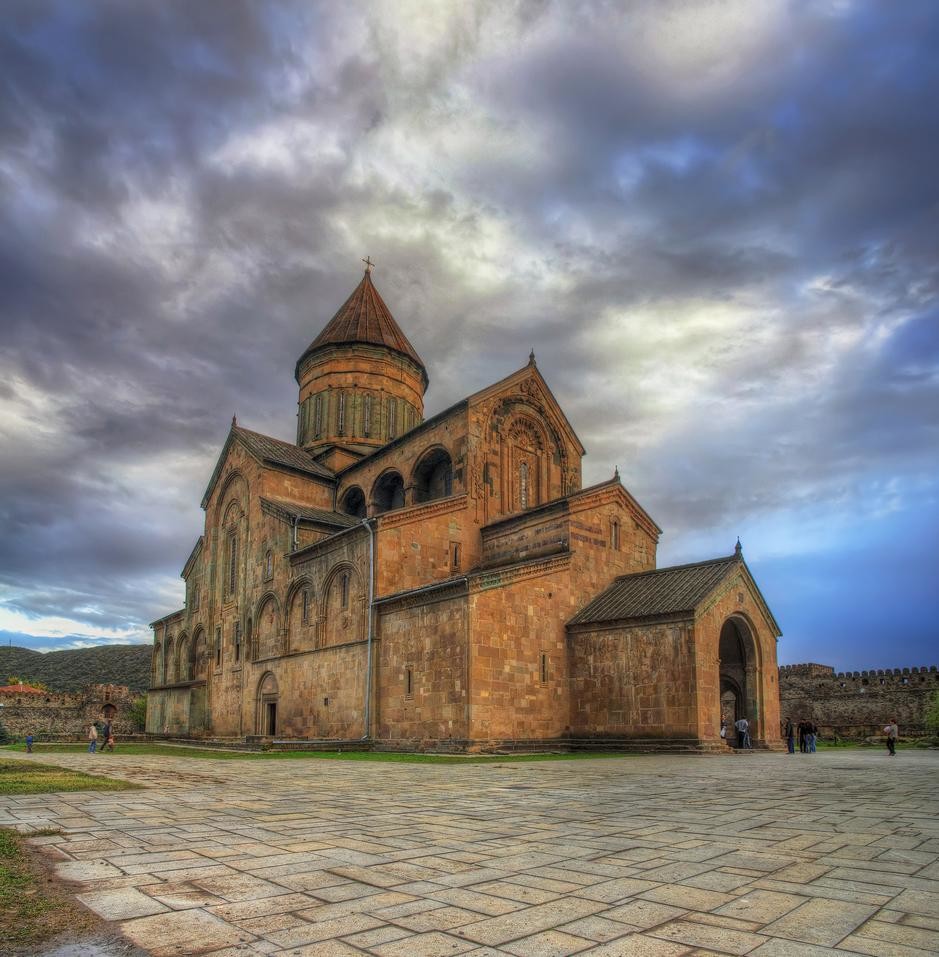 The cathedral is bounded by a rock fortress that stands tall and its accessible through a entry present in it. Once you enter through it all you find is a big monument standing boldly in front of you. The basilica has a cross which appears to touch the sky. Inside this ancient cathedral the customs and traditions of the orthodox christian communtiy is preserved with great care. The cathedral also holds the chair for the archbishop even today. Within the cathedral also underlies an ancient story that describes a robe from the place where Jesus christ was crucified. The cathedral also houses some of the ancient frescoes paintings on its walls that has survived till date. 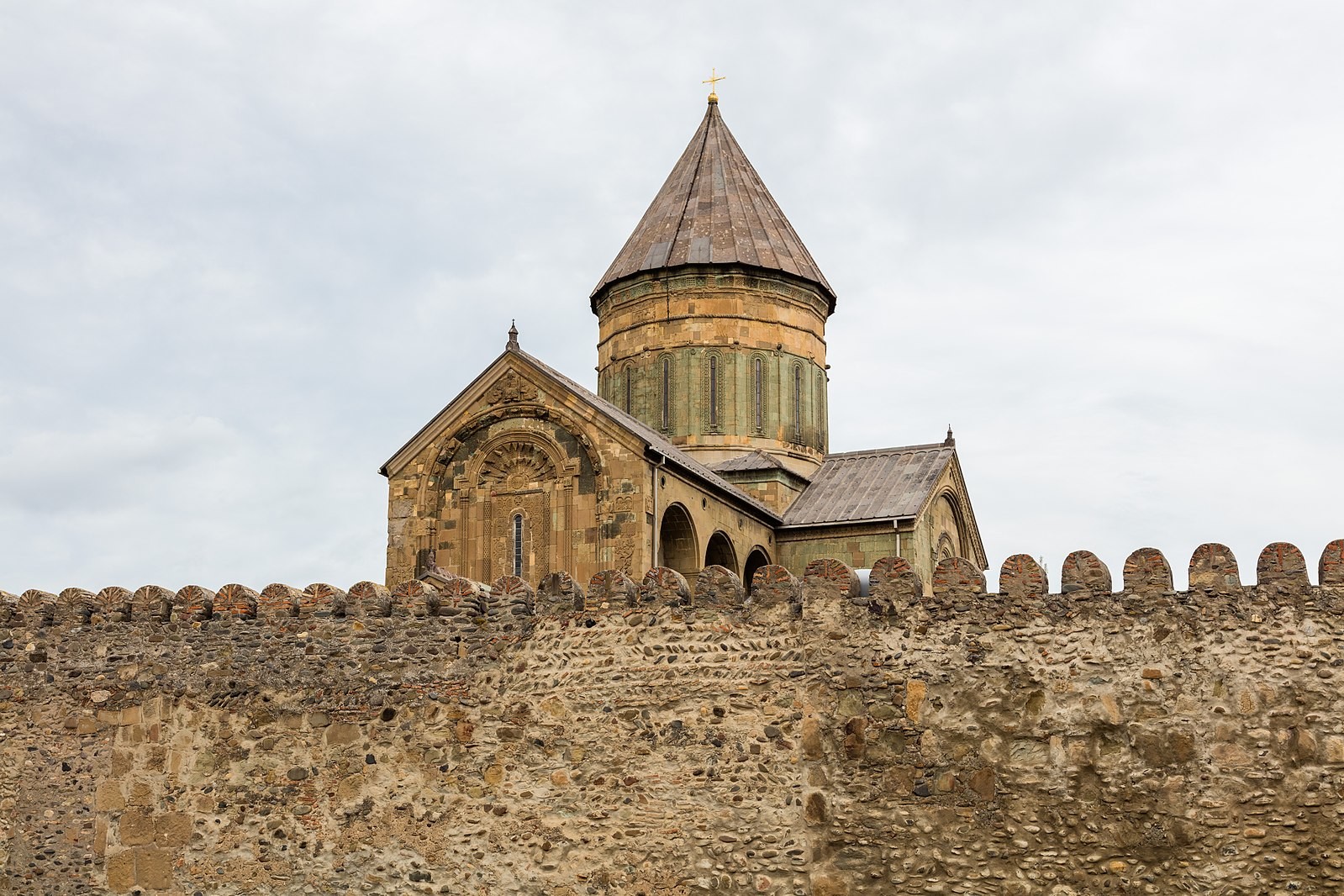 A equally old church will be visible over a hill right in front of you once you leave the cathedral. That will be the Jvari Monastery which by itself is a UNESCO World Heritage Site. You may hire a cab to get to the top or you may have a little trekking to reach this ancient holy place. The place is actually a symbol for the ancient architectural skills of the Georgians. Taking a look from the top gives you a breathtaking view of the valley below. This is the place where two major rivers called Aragvi and Mtkvari meet which runs along to seperate the capital into two. You will also see the beauty of the Svetitskhoveli Cathedral located on the bank of the river from the top which you may never forget. In short Mtshketa is a place to see if you get a chance to be in Tbilisi as it is not far, its not expensive and filled with cultural heritage. 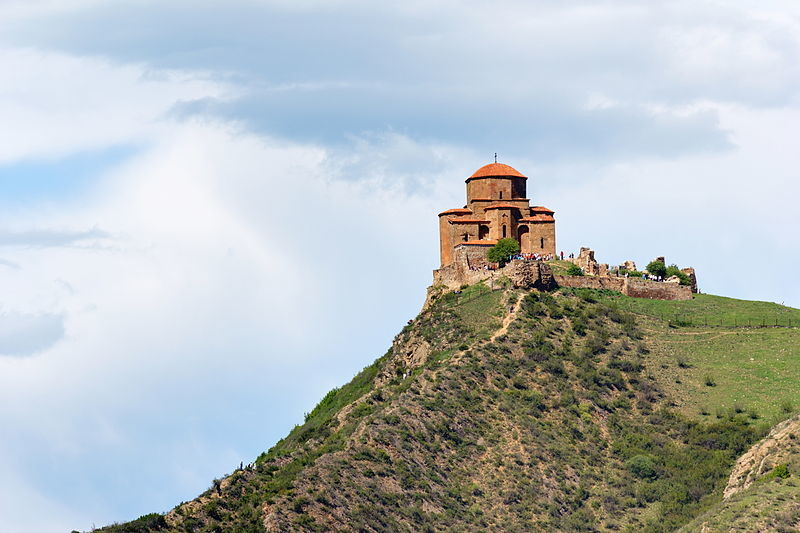 Do you know Svetitskhoveli Cathedral, Mtshketa, Georgia? Share your opinion about this place.