La Manga | What to do in Murcia

La Manga beach is situated on the Murcian coast, and is one of my favourite beaches, not only in Murcia but in the whole of Spain. The south of the beach belongs to Cartagena, and the north to San Javier, two different municipalities in the Region of Murcia.

For those who aren't Murcians, if you're in Murcia I really recommend you visit this area, whether you're on your Erasmus exchange or not, since it's an unmissable place.

Geographical information, population and a bit of history

La Manga is a relatively thin strip of land, long enough to have a main road and houses on either side of it. From its start at the end of Cabo Palos to its end at the salt lakes of San Pedro de Pintar, La Manga stretches 22 kilometres . In the last census, La Manga had some 17, 000 inhabitants, though its population swells to 200, 000 during the summer months. Imagine the difference between winter and summertime for the residents who live there all year round...

Until a few decades ago, La Manga was a natural area, with virgin beaches and devoid of all buildings. In the 1960s however, the Maestre family with Tomás Maestre at its head acquired the majority of the La Manga land and began building. The site progressed from having 15 buildings in 1970 to having more than 4, 730 in 1981. The change was huge and quite sudden, and every time we visit my parents still tell me even now how when they were young and used to go to La Manga there were no houses there at all, how cheap it was to buy a new house there when the boom started and how they regret not having done it at the time. Today, La Manga is completely urbanized, and there remain only a few remnants of its former appearance - above all its start and end.

In terms of the housing areas that cover La Manga, the best-know are El Pedruchillo, Las Sirenas, 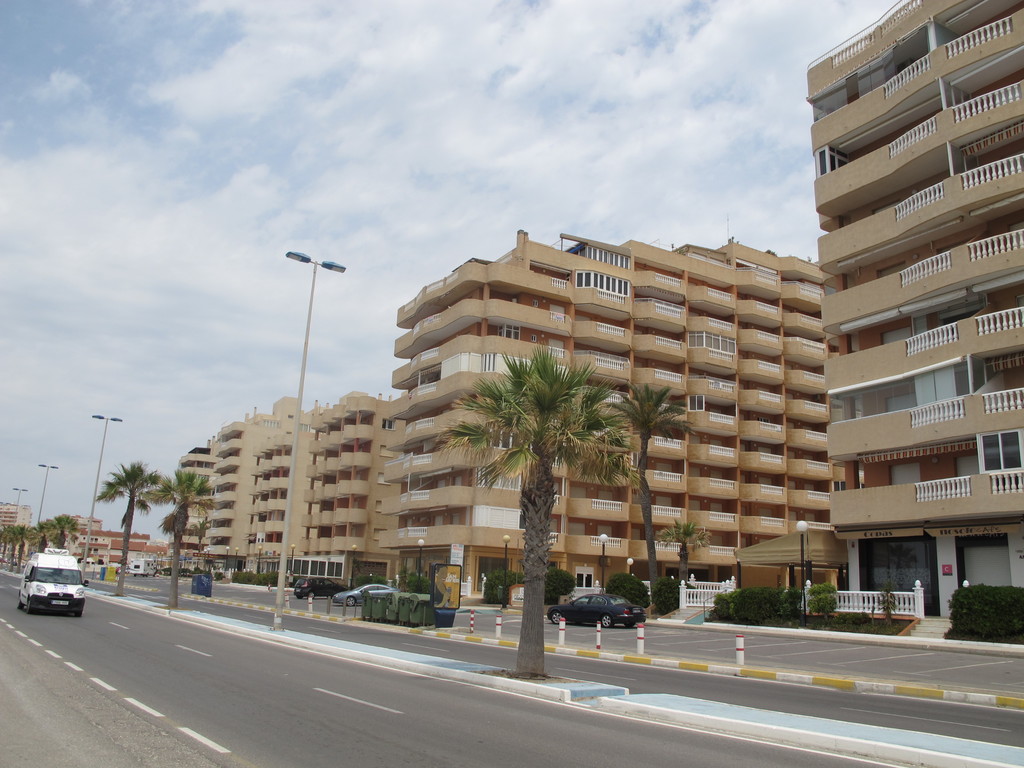 La Manga isn't just a beach and a housing area: there are also several islands and islets on both seas. In the Mediterranean Sea, the Isla Grosa and the Islote del Fallarón are very nearby, and a monument to the Isla Grosa can be seen at one of the roundabouts on the road leading to Molina de Segura, after passing through the Campus de Espinardo area. La Isla de las Hormigas is also near to La Manga in the Mediterranean Sea.

In the Mar Menor on the other hand, there are even more islands, which are easiest to reach on a boat trip. The most relevant islands are the Perdiguera, the Isla del Barón and the Isla del Ciervo. 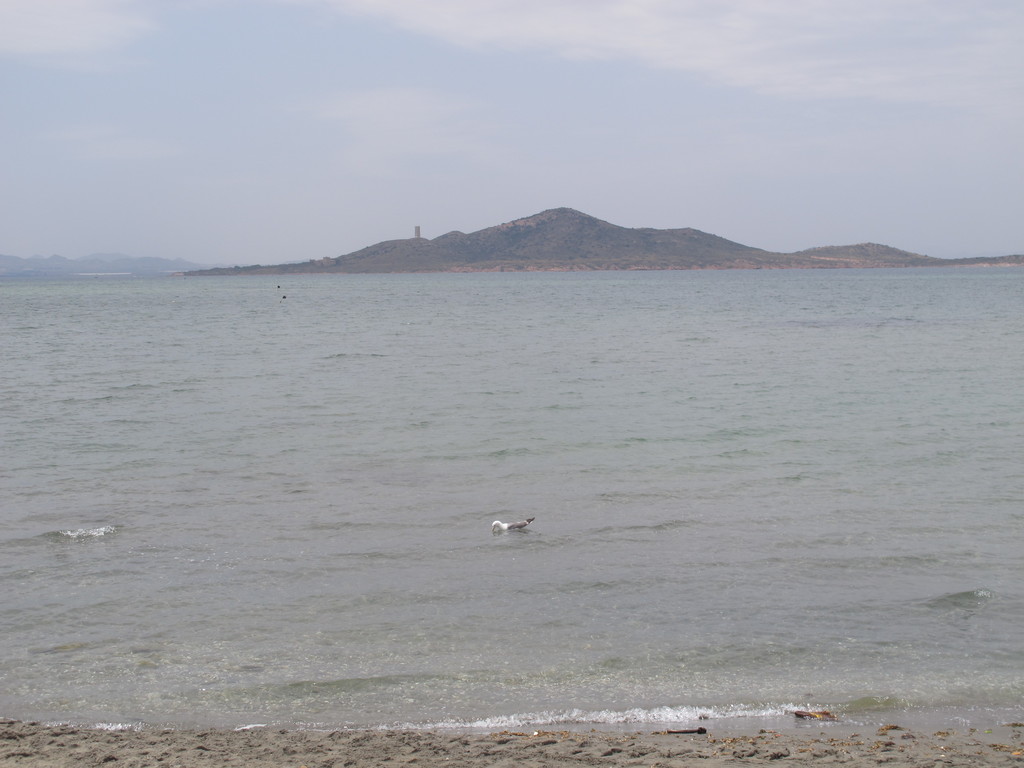 The road which runs the length of La Manga is the 'Gran Vía', and is a two lane road with a bike lane and pedestrian path. There are however several kilometres where there is only one lane, and above all at the weekends in the summertime traffic jams form, meaning that it takes a long while to get into or leave La Manga. Because of this, I recommend you don't take your car to La Manga at the weekend in the summertime, and that you avoid going at the busiest times of the day, else it'll take you just as long to get out of La Manga as it takes you to drive there from Murcia! The housing areas on La Manga are also accessible from the Gran Vía.

I'm now going to list the best-known places in La Manga for you, including the housing areas, beach bars, commercial areas, clubs, etc. The list is ordered by geographic location, starting with places closest to Cabo Palos and moving on to the end of La Manga. I'll also give a brief summary of the places which might interest you the most. 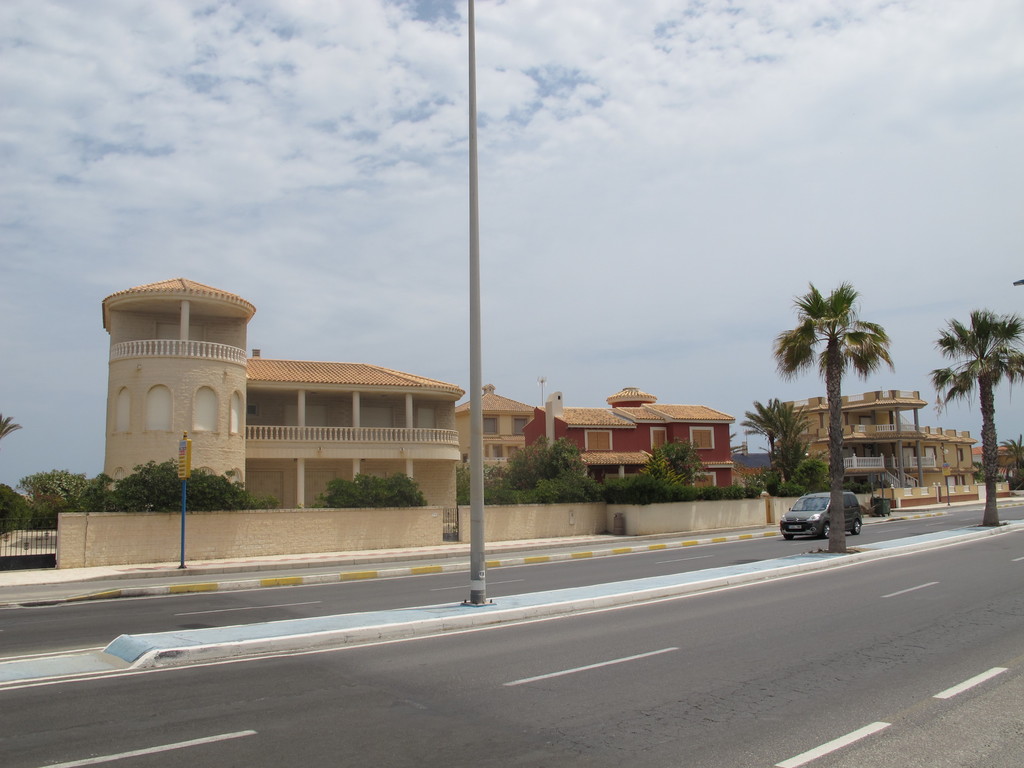 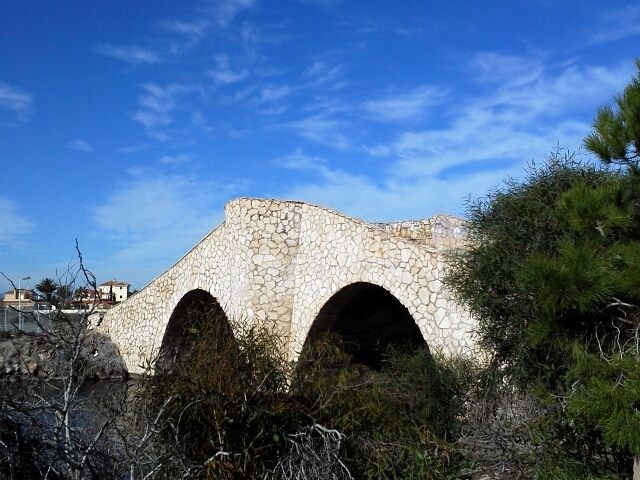 La Manga has been in several films of course. None of them have been blockbusters, but you'll at least have heard of their protagonists. Films which have been shot here include 'La vida sigue igual' with Julio Iglesias in the leading role. and 'Un lugar de La Manga', featuring Manolo Escobar and Concha Velasco.

Clubs and where to go partying

La Manga completes its offer to tourists with its variety of nightlife areas. There aren't many, but they're decent.

I recommend you get the bus to these places (there's also a bus to Mamaluna), since if you're going to be drinking, taking the car isn't really an option, and the police often run breathalizer tests on drivers.

As I mentioned at the start of this post, La Manga is one of my favourite beaches, and I have a lot of affection for this area and lots of fond memories of it, from playing on the beach and in the waves as a child to nights out at Zoco and evenings on the beach with friends as a teenager, and then finally partying at Zeta and Mamaluna until I've reached the age now where I prefer a nice meal on the shore, a drink at a beach bar, and going to the beach in the mornings. The best thing about La Manga is that you can enjoy your time here no matter what age you are, since it offers activities and areas for everyone. 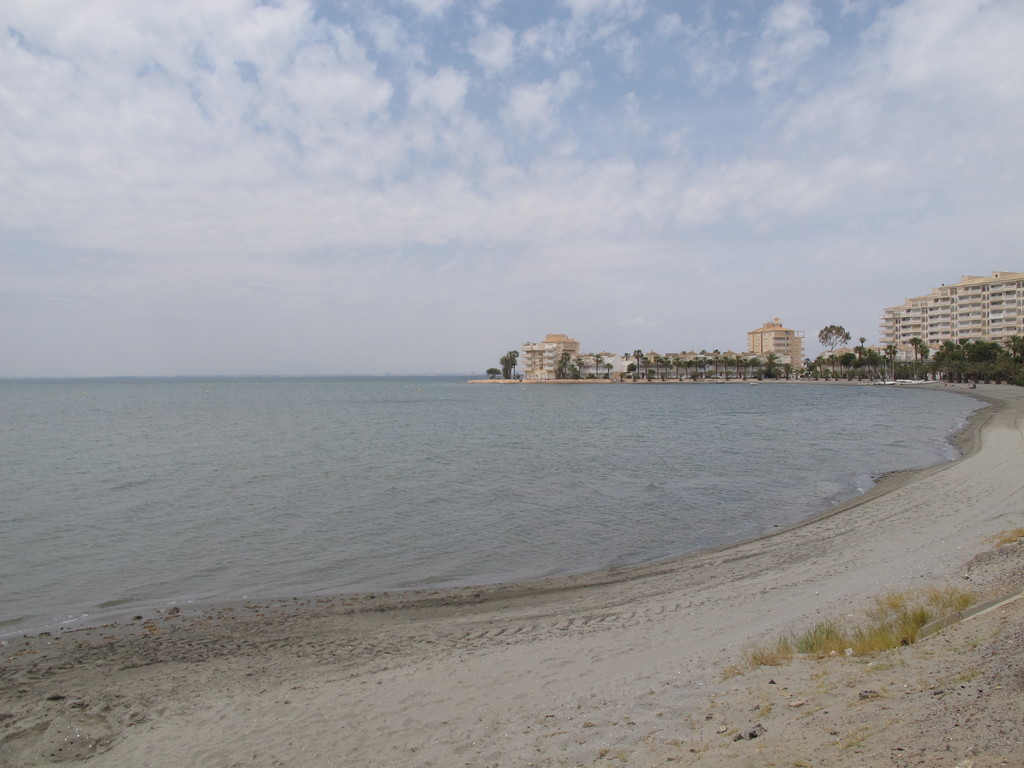 La Manga is my favourite part of the Region of Murcia, and so when I brought two of my Erasmus friends to Murcia, a Japanese girl and a Taiwan girl, we went to La Manga even though it was Christmas time. It was still definitely worth it, since they loved it, and so did I because I was missing the beach in Strasbourg.

In answer to the question of what beach you should choose to go to in La Manga, my answer is that it depends what you're after. The Mediterranean Sea is better for swimming in than the Mar Menor. The Mediterranean beaches are also better than the Mar Menor's, in my opinion, since not only are the waves better, but the water is also usually cleaner, the sandy areas are bigger and there are more young people.

However, the Mar Menor also has its advantages, since during the summertime La Manga is often crammed full of tourists and holidaymakers, and so sometimes the Mar Menor can be a quiet refuge as there are less people there. They also say that the Mar Menor's water is better for older people (I'm not sure why, perhaps for the bones or something, but good for something). The waves are smaller, that is to say, there are almost no waves at all, meaning that for older people and young children it's a more convenient area to swim in. The water is warmed than that of the Mediterranean, but in Murcia we always say that's because people pee in the Mar Menor. I'm sure it's not really because of that, haha!

You can make a day trip to La Manga from Murcia, Cartagena and Alicante, or even better, you can rent a house here for a few days and take your time to enjoy the area. It's quite easy to rent a house there, although it depends on when you want to come of course. I wouldn't recommend doing it in the middle of August (if you're a young person like me and can't afford to go unless it's with your family) since because it's peak season the rent is very high, and it's full of people. For a fortnight at the beginning of August, the rent of a one-bedroom house is 1, 200 euros, and to find something, you'll have to book before June (the second fortnight of August is usually easier to book and cheaper, too).

During June and July, prices are about in the middle of the scale, and there's a larger range of flats on offer. You also don't absolutely have to book your stay for two weeks, but rather can choose to come for just one week or for a few days for a good price. In August, they know they can afford to charge you a fortune.

Another option for those with a bit more cash is to stay in one of the numerous hotels in La Manga (for example, Hotel Los Delfines, Hotel Cavana, Hotel Galúa, Hotel Entremares... ), but the situation is the same as it is with the houses in that in August rooms are very expensive and everywhere is full to bursting.

Last of all, the cheapest and uncomfiest option is the Caravaning La Manga campsite which has a tent and a bungalow area. It's located a few kilometres away from the Autovía de La Manga, and in front of the Calblanque National Park, which has some amazing virgin beaches. You can view vacancies, services and tariffs on this website: www.caravaning.es

Since the beaches are great here and there isn't just one but two seas, you can do all kinds of water activities and sports in La Manga.

You can do these activities of your own accord, or register to do them and rent equipment from one of the Water Sport Schools in La Manga.

In terms of the future of La Manga, I'm no fortune-teller, but two important changes have been predicted. The first, and least important, is the fact that they have already spent years trying to connect La Manga to Lo Pagán beach by road (so the end of La Manga with the final beach of the Mar Menor). There are various negative aspects of this however, since the traffic would completely stop the movement of vehicles in the area. At the moment, you have to take a ferry from Tomás Maestre Port to cross over to Lo Pagán.

Second, scientists say that La Manga will disappear entirely within a few decades due to climate change and the rising sea level. This shocks most Murcians, as we can't imagine Murcia without La Manga, nor all the houses and shops submerged beneath the sea, so we're crossing our fingers that this tragedy doesn't happen.

To get to La Manga from Murcia, you have two options: going by bus or by car.

If you want to take the bus, the best company which runs a bus to La Manga and which I always use is Lycar. The timetable depends on the time of year, with more buses running in the summertime. You can access it online on the Lycar website, or in the bus station in Murcia in San Andrés, or on their website.

If you want to drive to La Manga from Murcia, it's not difficult, but it'll take you 40 minutes to an hour to get there depending on how the traffic is that day. The best way of getting to Murcia is to take the A-30 from Ronda Norte in the direction of Cartagena. Continue along this road until you see the exit 180 leading onto the E-15/AP-7 in the direction of E-15 'La Manga'. Later on, take the exit leading to MU-312 El Algar/Cabo Palos/La Manga, and after that continue onto the Autovía de La Manga/RM-12 until you reach the Gran Vía on La Manga.

Do you know La Manga? Share your opinion about this place.