I am going to tell you what El Bando de la Huerta is like, what the day means for most young peoople. I hope those of you who aren't from Murcia or who are Erasmus students, this information is useful for you and that you enjoy this party as much as possible!

In the afternoon, there is the parade of El Bando de la Huerta. They are celebrating the vegetable gardens of the region where the owners dress up in all kinds of costumes and dance the 'jota' (Spanish dance) and give out vegetables and other typical things from the garden, as well as pastries, milk from their goats, black pudding, chorizo, beer etc... The parade passes through the most important streets in Murcia and lasts several hours, people watching can pay to sit in chairs along the streets that are installed for the day, but you can also watch it standing up. Between the two events of the day, people usually wander around the city or go for tapas with family and friends etc...

While this is happening, young people and families meet in city's parks and other areas with food and alcohol and then spend the day there (they don't usually go to mass or to the parade) until the evening which is when they go to nightclubs or pubs in the area, others return home, others stay in the park. It's a great holiday, but you have to watch how much you drink, there are some people who start at 10 or 11 am and continue until the afternoon or evening, so you can imagine what can happen.

The male outfit is made up of several parts: the 'zaragüeles', which are wide, flowy trousers; a white shirt; a coloured vest, either plain or with a pattern; a matching belt is worn around the waist; knee length white holey socks; and 'esparteñas' (espradilles).

There are some different styles of the outfit, but the one that I have described is the most popular. Although some young people have other traditions such as changing the 'esparteñas' for a sports or more comfortable shoe, and many girls wear the male outfit instead of the female one (out of convenience, because it is cheaper, more fashionable... ) 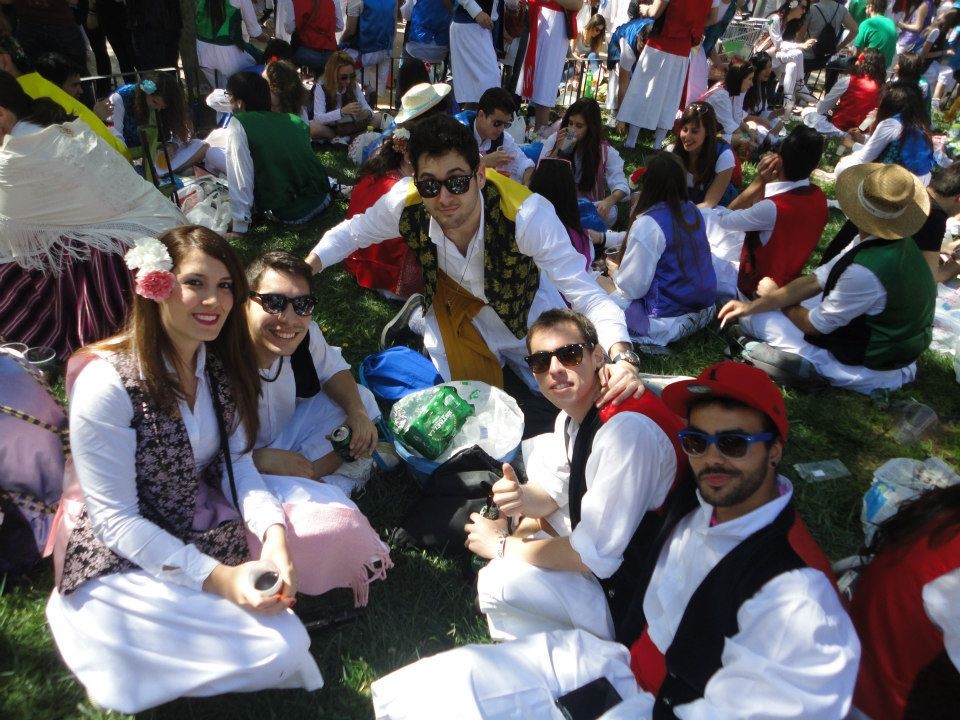 On the other hand, the woman's outfit is much more elaborate, lots more details and also much more expensive. 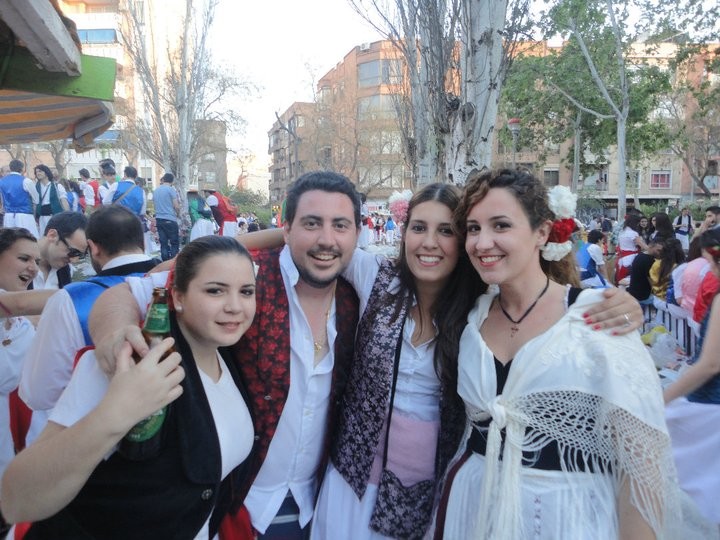 If you want, it is possible to buy a cheap one in Carrefour, Alcampo, etc or lend one from a colleague. It is much more fun if you wear the typical outfit!

In the week of the Spring Festival, they install 'barracas', which are like temporary cabins where they prepare the typical Murcian food: 'zarangollo', black pudding, sausages, beans, 'paparajotes', etc. Many people go to the barracks at some point during the day, and the atmosphere is very 'huertana'. Having said this, I only recommend going to the barracas the day of the Bando de la Huerta if you have a connection there and if you have reserved a table. If not, it is not worth the hassle because it is extremely crowded thus the service and food is not very good. Some people choose to have their own barbecues with friends in parks, which is another good option. 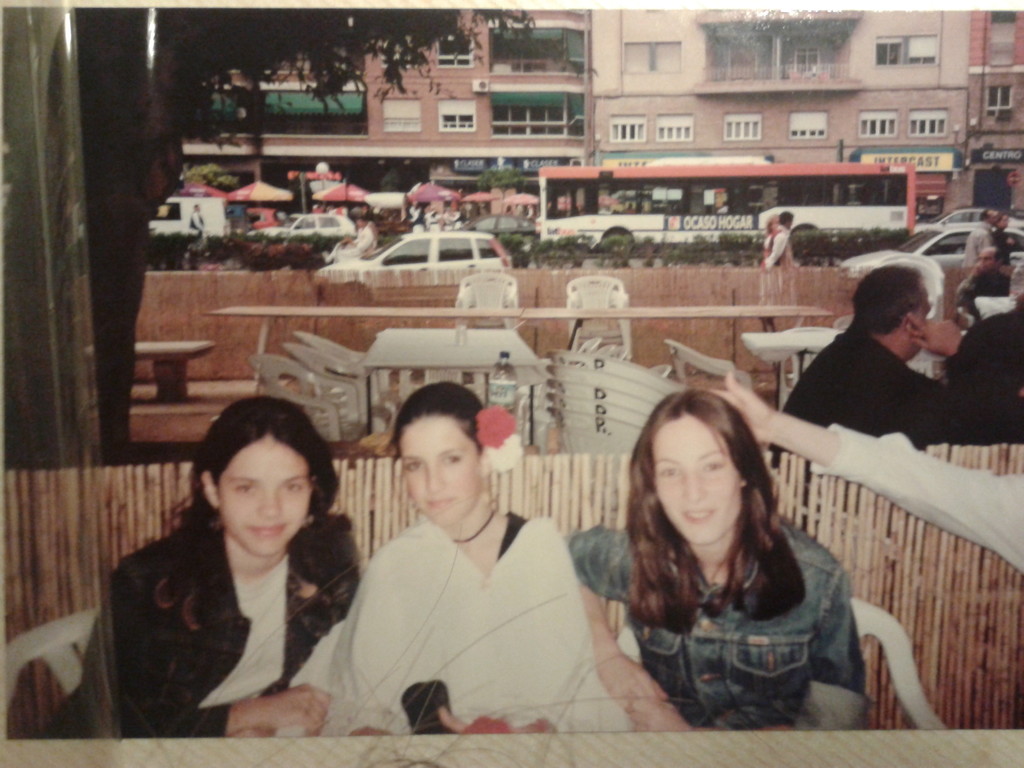 I have experienced many different kinds of El Bando de la Huerta; I have been dressed as a 'huertana' when I was a little girl, I have watched the whole parade, sometimes I haven't, I have been to the "botelleo" parks dressed as a huertano, as a huertana, with food, without food, I have been to the 'barracas' some years, some years I haven't... What I recommend most is to always go with your best friends, then you are sure to have a great day. This year, I couldn't go because I was in Strasbourg on Erasmus, which was harder than I thought. Being 23 years old and not being able to go, and seeing photos of your friends on social media whilst you're cold in another city always makes you nostalgic, but never mind, I will enjoy next year.

Do you know El bando de la huerta? Share your opinion about this place.