Let’s go for a beer. Where? In Bucharest, Romania. Today I am going with a few of my friends to a brewery that serves local craft beer called “Fabrica de bere bună”.

Why we choose “Fabrica de bere bună” instead of any other brewery? The beautiful story behind the brewery

First of all, the brewery has a very nice and cool story behind. In 2013 same people bought and restored an old beer factory located 100 kilometers north from Bucharest, more precisely in Măneciu Ungureni, Prahova County.

I first heard and tasted their beer around this place when I participated at Ciucaș X3 mountain marathon, a trail running event with which they collaborate. The beer is made very close to The Ciucaș Mountains and that’s why they named the beer “Zăganu” after the Zăganu Mountain Peak located near the brewery. 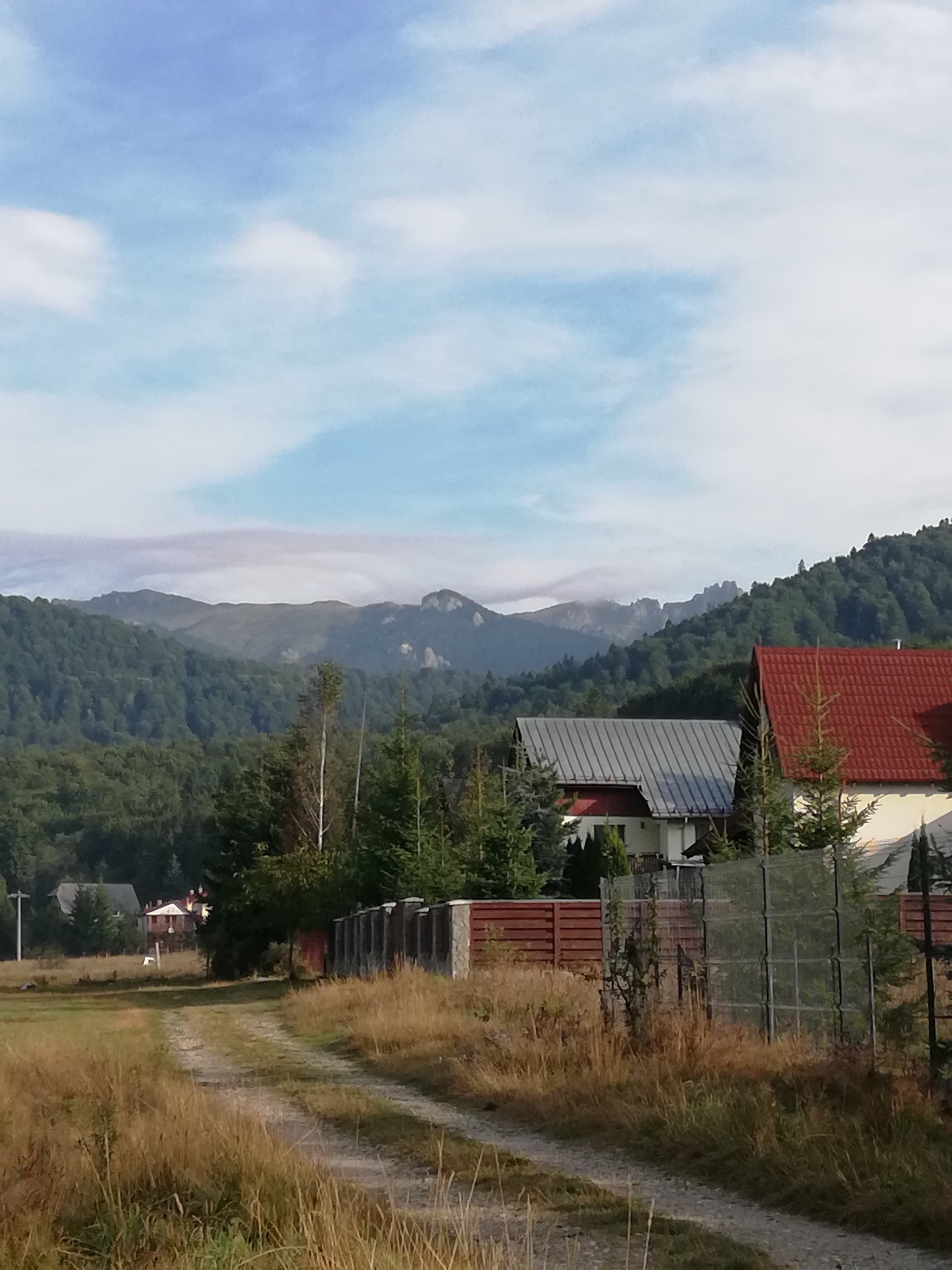 Apart from that, the name Zăganu was given to the beer after the name of the bearded eagle, a bird that used to live in the mountains until it disappeared 100 years because it was continuously hunted. 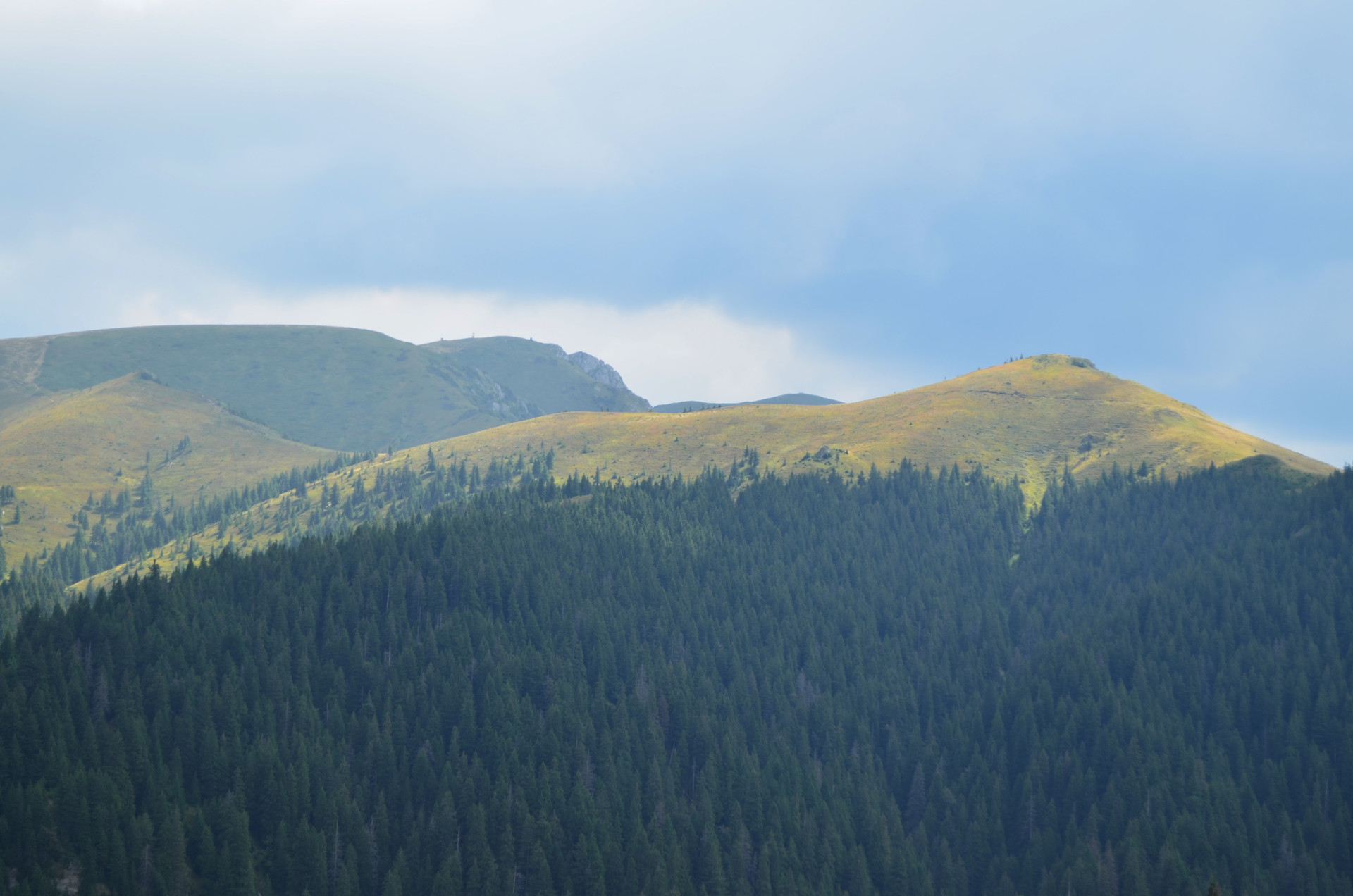 The concept and goal belonging to Fabrica de bere bună was to revive the craft brewing sector in Romania and to support the local breweries.

Where is Fabrica de bere located? 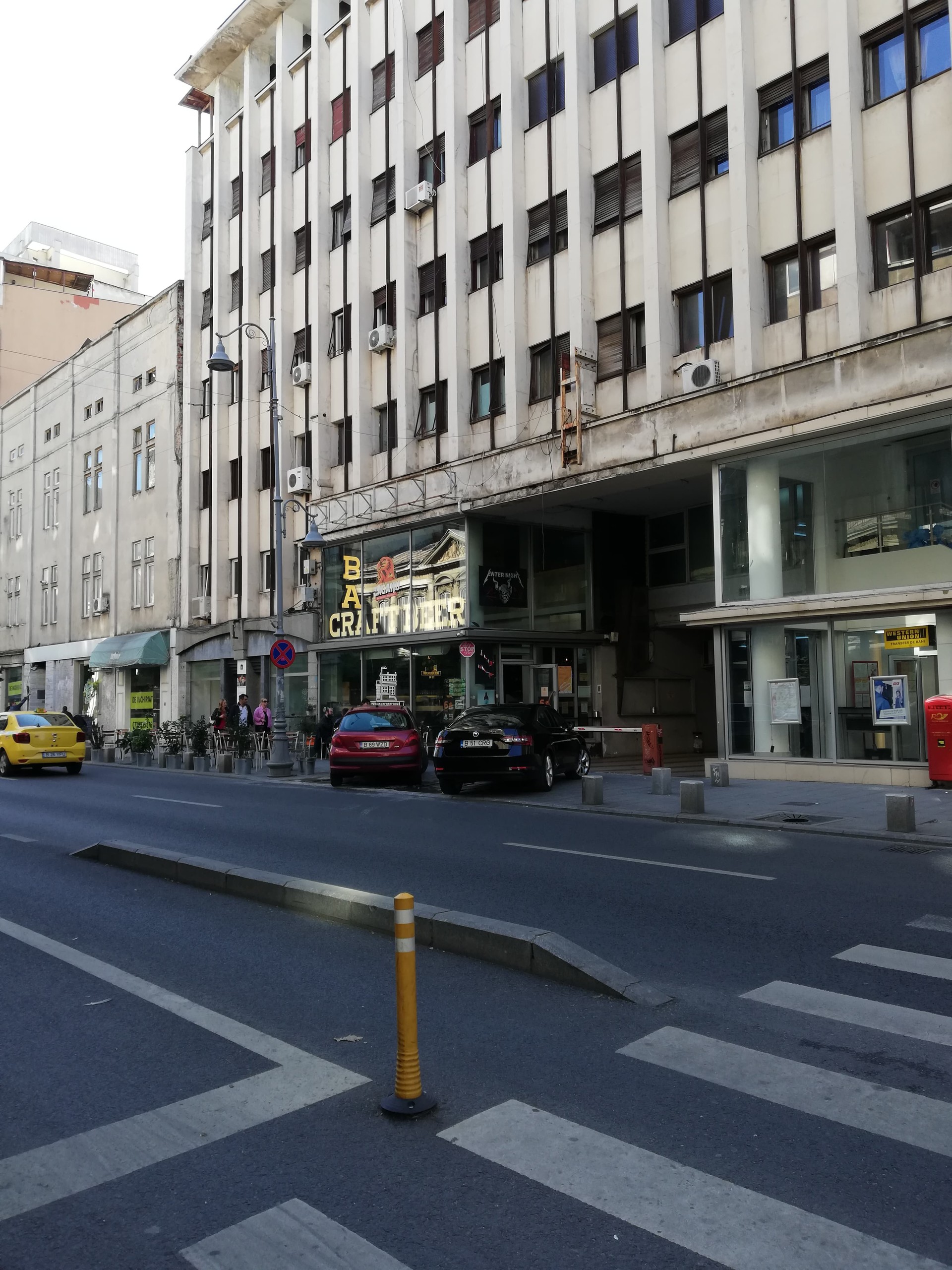 Since the location is quite central, being positioned on a main boulevard of the romanian capital, the brewery is kind of crowded especially in the evenings and on weekends, so if people wanna make sure that they will have an available table, they should make a reservation ahead.

The aspect of the brewery

Walking on Calea Victoriei, the place is easily spoted. There are tables outside on the public sidewalk and also inside on two floors. 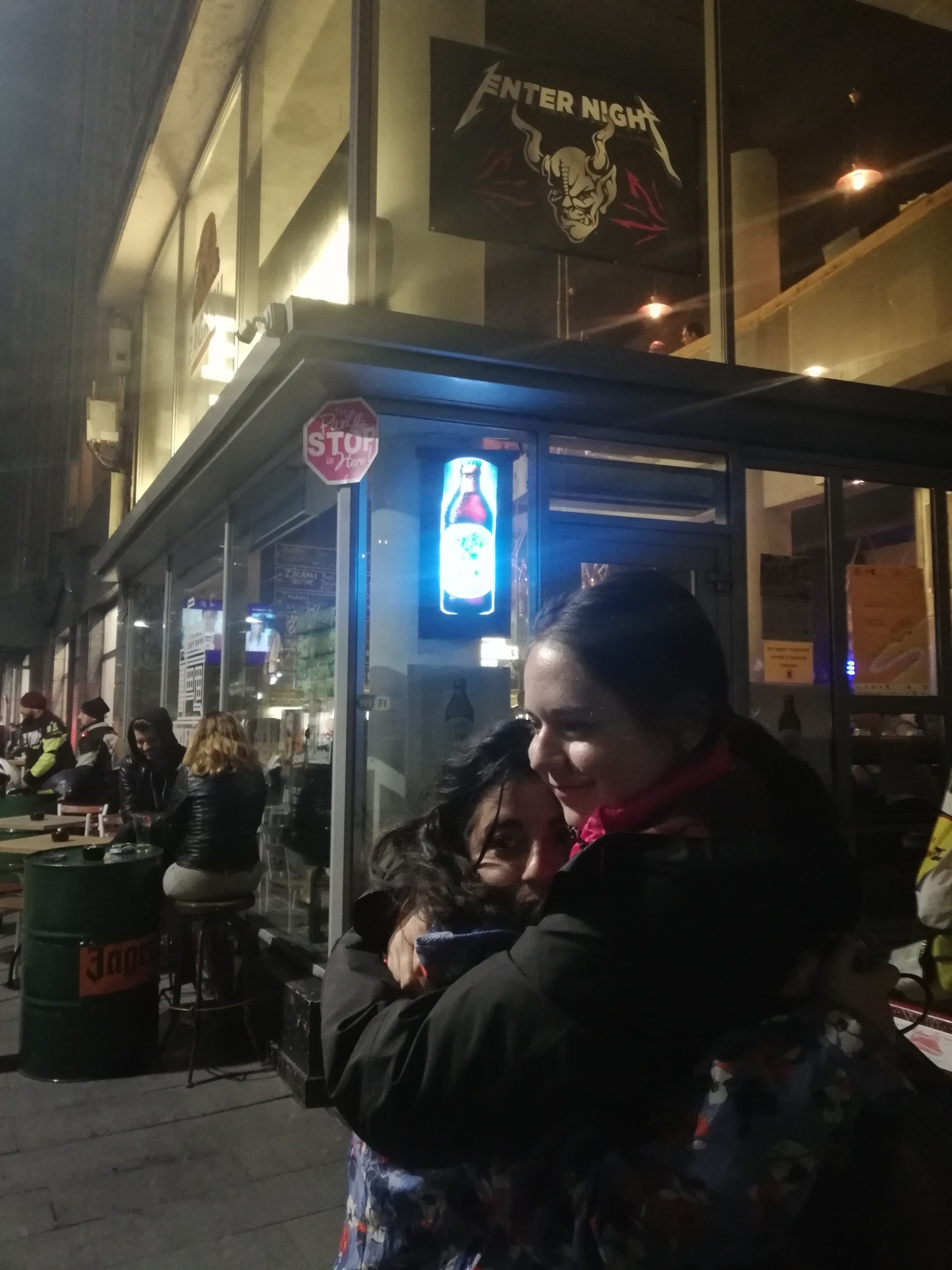 We do not prefer to sit outside because is a cold, chilly evening and the noise coming from the cars driving on Calea Victoriei Street is too disturbing and not so pleasant for us.

We chose to stay inside and because the tables on the ground floor are all occupied we go on the second floor where thankfully we find a table enough for the 5 of us. 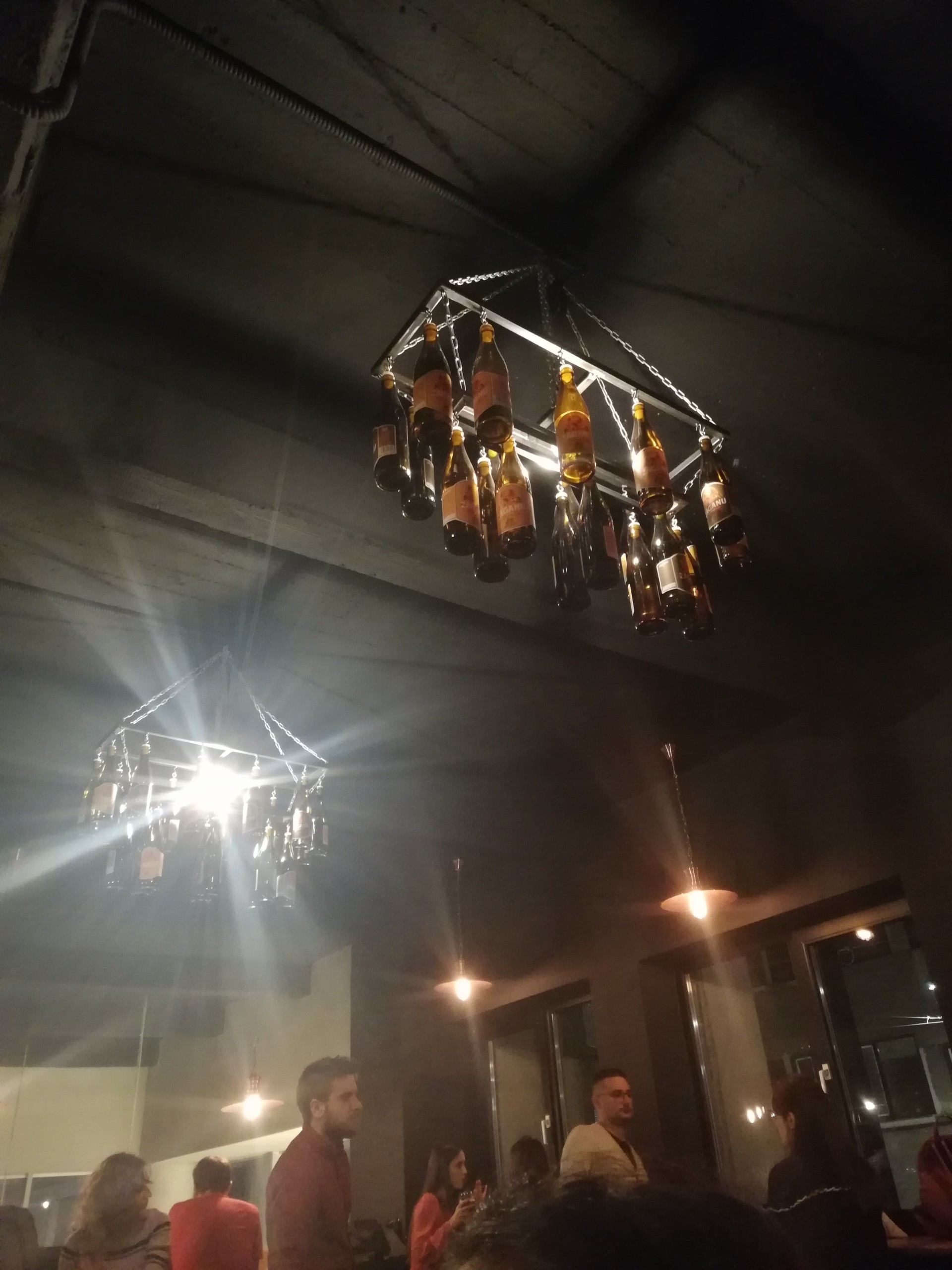 The brewery is decorated kind of simply and with a lot of wooden furniture. The pieces belonging to the decor that stand out the most are for sure the chandeliers made out of beautifully designed beer bottles.

How is the atmosphere and the employees? 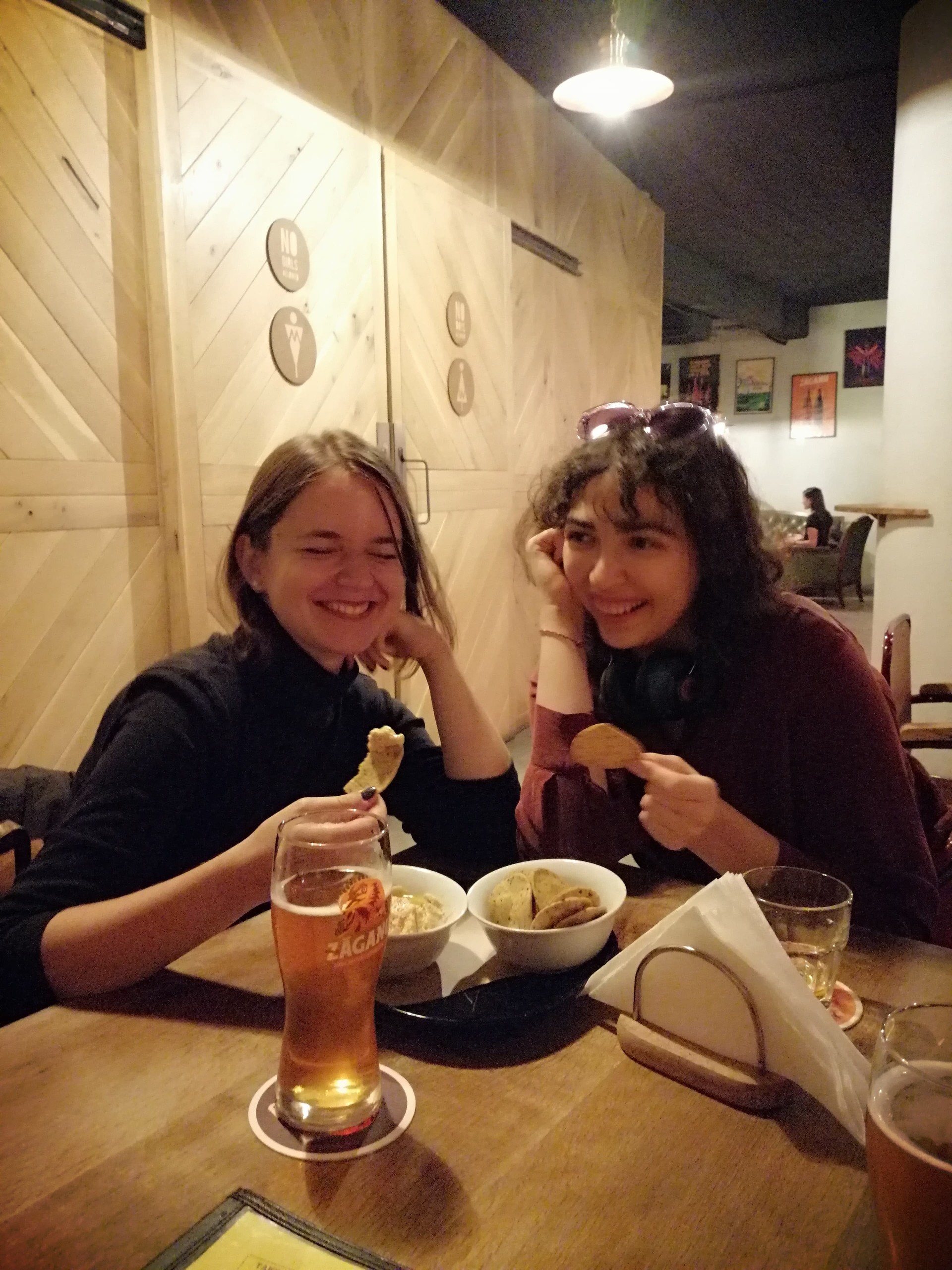 The atmosphere is very chatty, thats the word I can find to describe it. There are lots of people wanting to relax over a glass of beer after a long day of work.

The employees are nice and polite. and for sure they are speaking in English too, a thing that I realised when the waiter saluted me in English and not in Romanian. Speaking of that, I think that the place is also among the foreigners and travellers favorite who want to have a taste of authentic products while visiting Romania.

What’s on the menu?

The waiter is giving us the menu from where we can pick different kinds of beers such as “Zăganu Blonda” - unfiltered beer, “Zăganu Red”, “Zăganu Adonis” or other with very funny names like “One beer later”, “Addictive”, "Bere a la Cluj”. 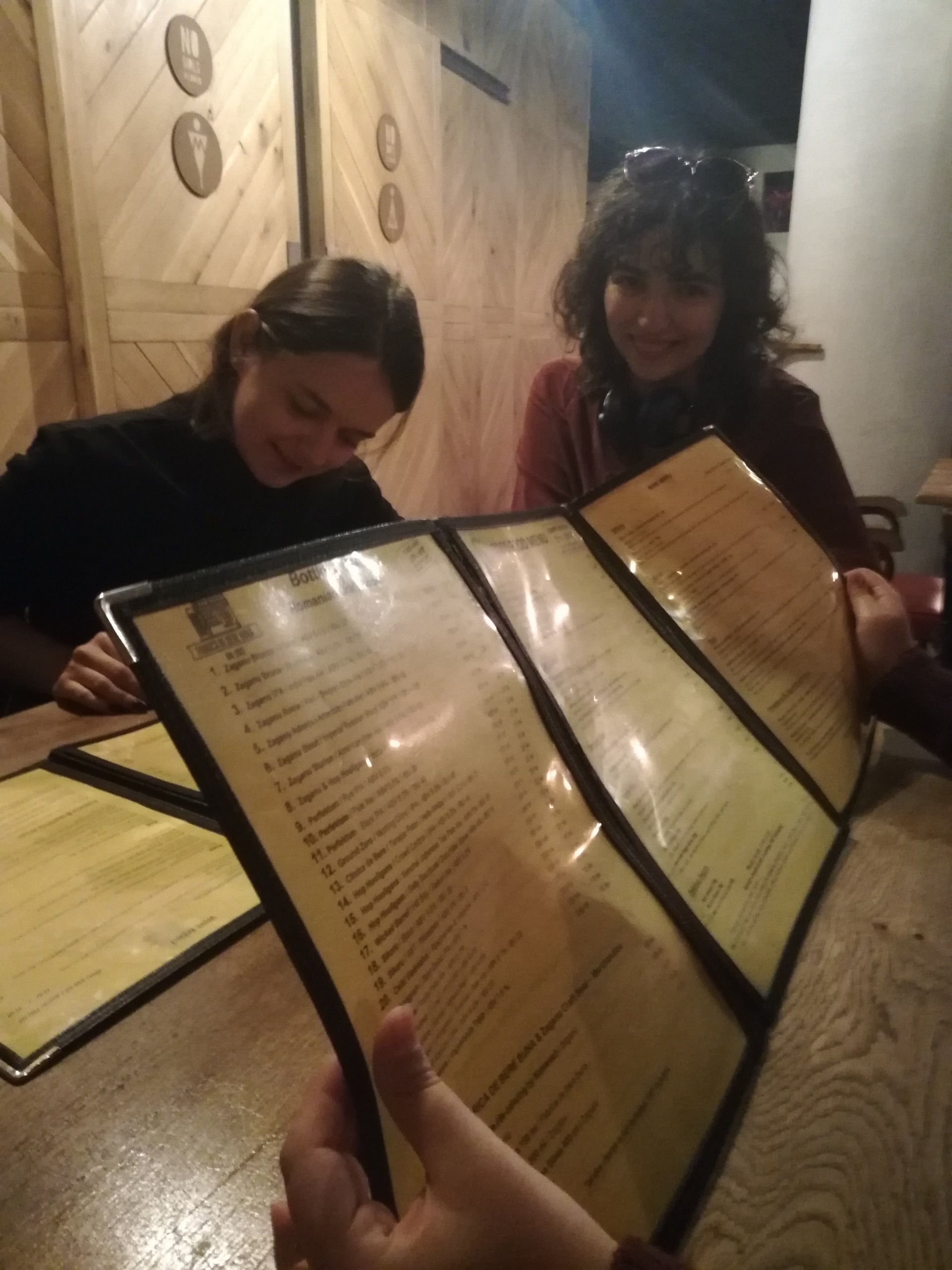 If people are not fans of beer, they can also offer various types of drinks. For example, one of my friends is ordering a scotch.

Besides the drinks, there is a “good food menu” as they calls it which includes small snacks that go very well with the beer like nuts, olives, spicy sausages, crackers and perfect sandwiches both for meat eaters and vegans.

As a vegan, you can serve here "The Halloumi Burger" or the "Impossible veggie wrap". Good job I say to Fabrica de bere bună for having vegan and vegetarian friendly options. Here, you can satisfy your sweet craving too with some of the desserts they are making.

What are we having?

We are all having beers, we are here for it, except for one friend who likes to go fancier with a glass of scotch. I am having a Zăganu Blondă, an unfiltered cold beer that I tasted before and I could not wait to have another glass of this one because I liked it so much. Because the beer is unfiltered, the taste is not so bitter and much more clean. 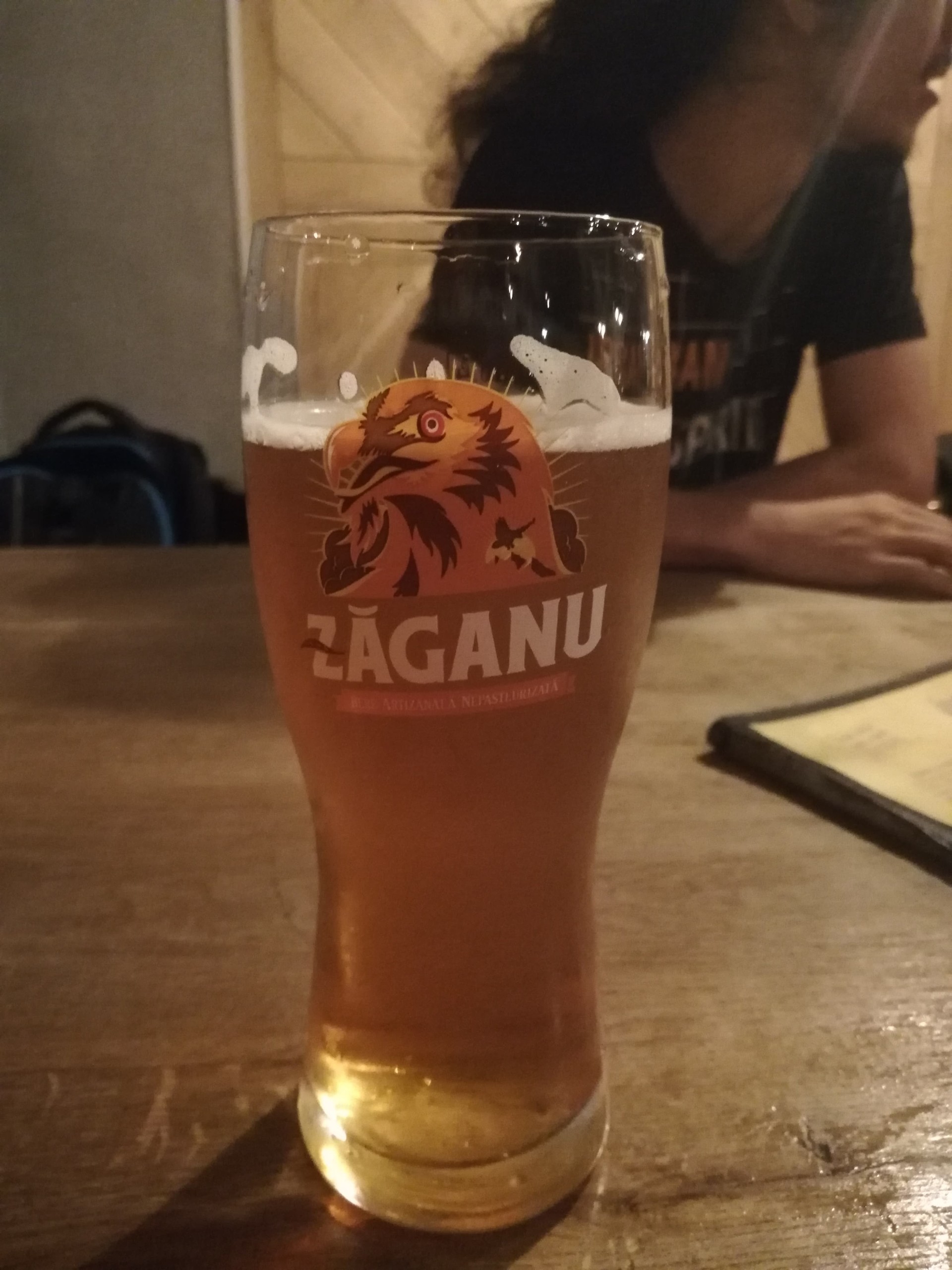 Another aspect that I like it has to do with the aestethic part of the products. All of the beer bottles are having a very nice and beautiful designed label which makes you to like the beer even more.

A beer for protecting the wild life of Romania

Lately, Zăganu and WWF had a campain for conserving the wild life in Romania named "culori pe cale de dispariție" ("disappearing colors" ). Zăganu and Fabrica de bere bună joined in the campain and created a limited edition beer called "Berea Sturionului" - the sturgeon beer - which people could buy in the brewery and 2% from the sales of this beer would fund WWF and their effort in protecting this wild and endangered specie. 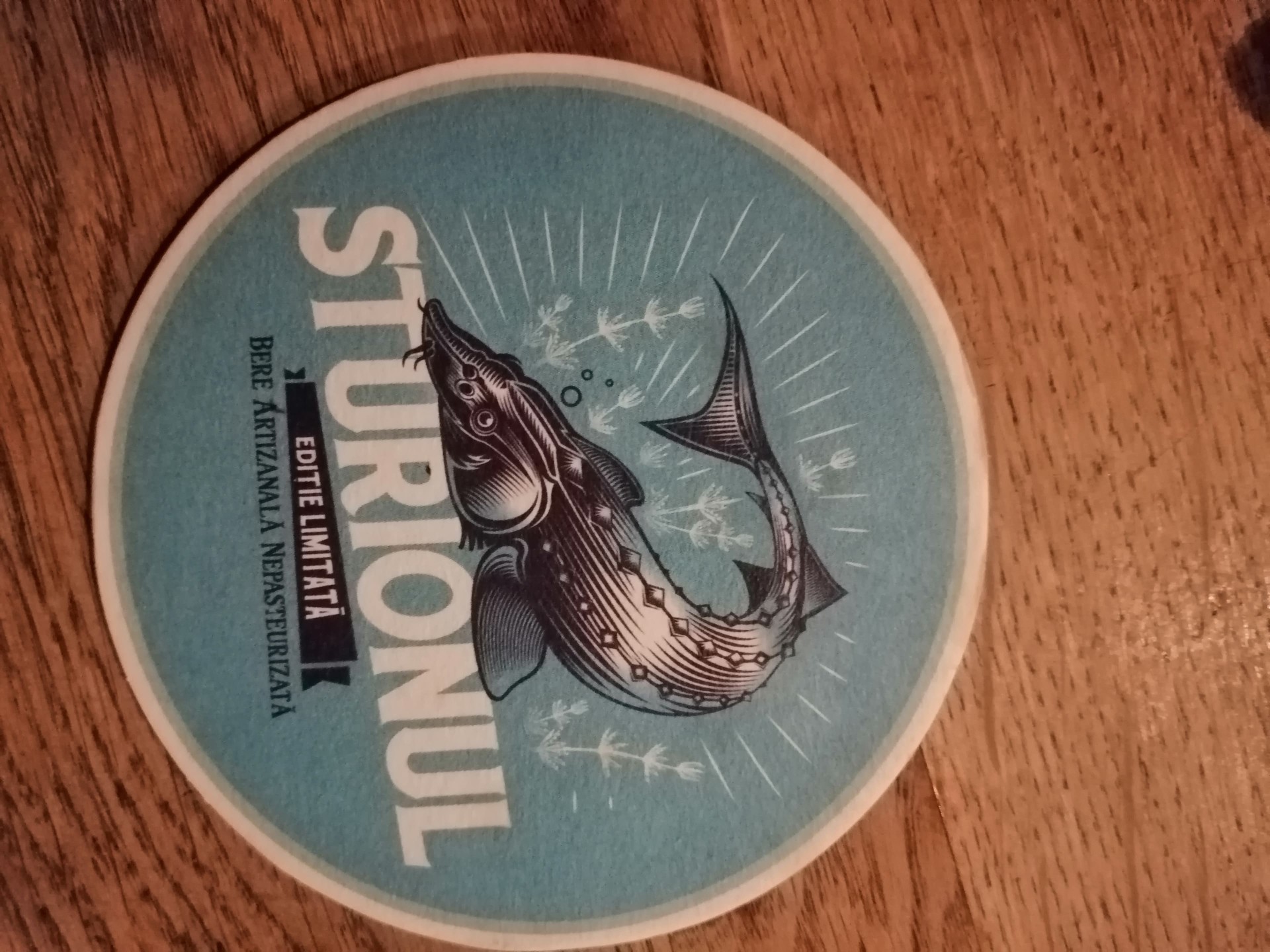 How are the prices?

Because the craft beer bar is located on a main street in a fancy area where people can have traditional beer, the spot is kind of hype, so the prices are a bit high, speaking from a student point of view. 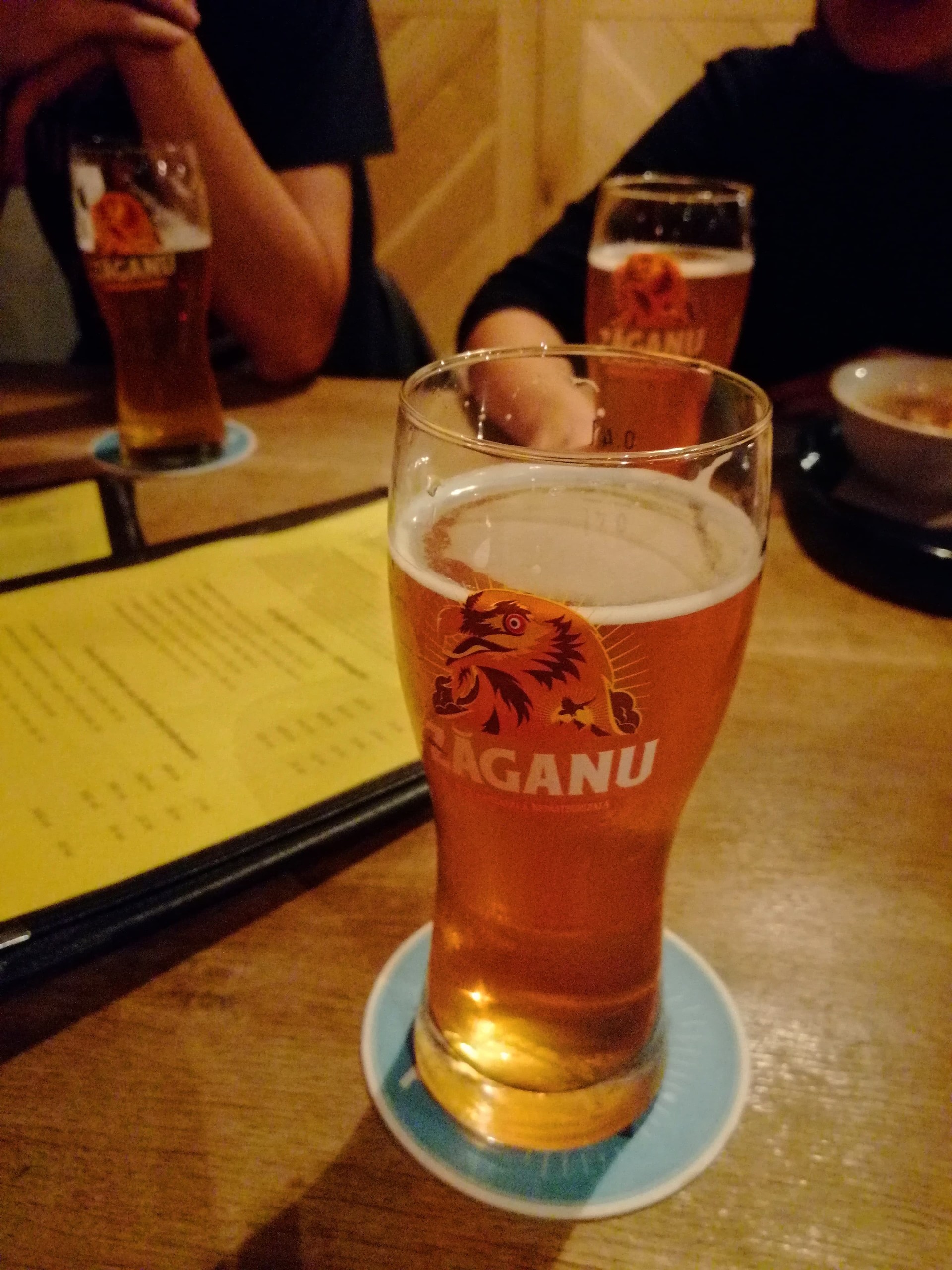 Otherwise, for the foreign visitors I do not think that the prices would be labeled as expensive. For my beer I pay 14 lei meaning 3 euros, but this is also the lowest price for a beer. There are other breweries and bars where you can have beer for cheaper prices but I think the experience and the taste of the beer will not be the same.

Do I recommend Fabrica de Bere Bună to others?

I recommend especially to visitors and travellers to give Fabrica de bere bună a try if they want to taste and enjoy a good craft beer and also support a local authentic buisness and brewery.

Do you know Fabrica de bere bună? Share your opinion about this place.