The Museum of Recent Art | What to see in Bucharest

The Museum of Recent Art

Probably one of my favorite art museums that I have visited a few times in Bucharest is The Museum of Recent Art, known shortly in Romanian as Mare.

The museum is very young being opened very recently to the public in 2018 as the first private museum of art in Romania and, as I noticed during my visits that, Mare meets today’s standards of how an art museum should look and work like.

There are of course other large museum across the Romanian capital, but this one cannot be missed by the people who want to discover the cultural area of Bucharest.

Where is the museum located? How the building looks like from the outside

The museum is located on Primăverii Boulevard, no. 15, sector 1 and I am pretty sure that the building cannot be missed by the people searching for it because is one of a kind in the zone and it stands out from all of the other constructions due to its massiveness combined with a feeling of strangeness. 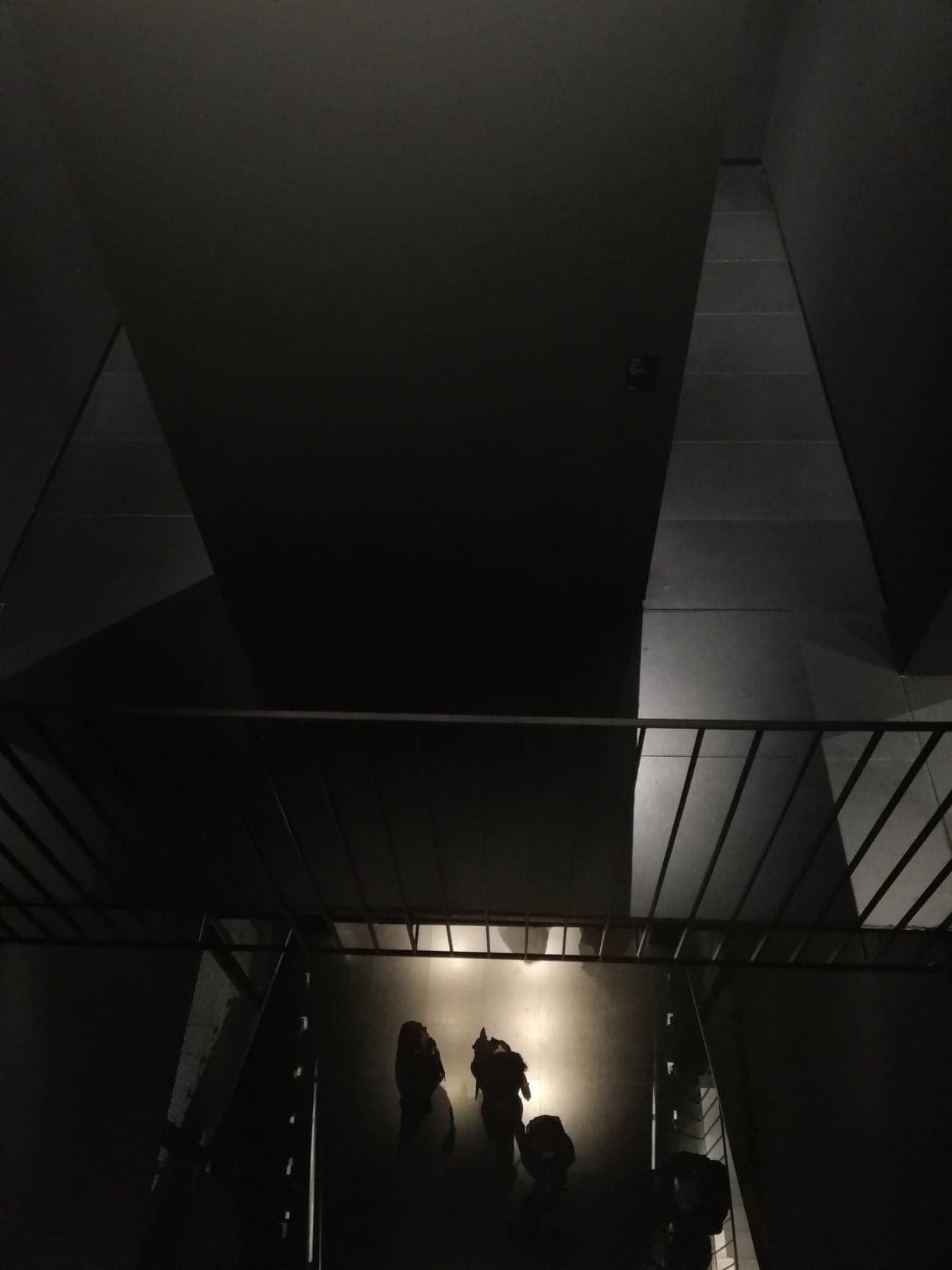 The museum looks like a gigantic house with very well defined geometrical shapes and almost black exterior walls. Seen from the outside it is a weird building, but, I guess, that’s what attracts the people in.

When is the museum open?

The museum is open from Monday to Sunday from 11.00 AM to 19.00 PM, except on Tuesday when Mare is closed. Museum’s café and shop have the same schedule and I heard that there are persons who really enjoy spending time here and having good interesting discussions over a cup of coffee.

How much it costs to visit the museum?

If you are an adult – which is not pretty great – a ticket costs 18 lei ( meaning 3,7 euros ). On the other hand, if you are an art student than you can visit the museum for free, otherwise, if you are not so lucky and talented ( just joking a bit ) to be an art student you should go there on Monday, when all of the students or scholars are having the entrance ticket for free. Thus, I am not sure that the international students or the Erasmus ones are treated the same, but you just have to give it a try.

What is to see on The Museum of Recent Art walls? 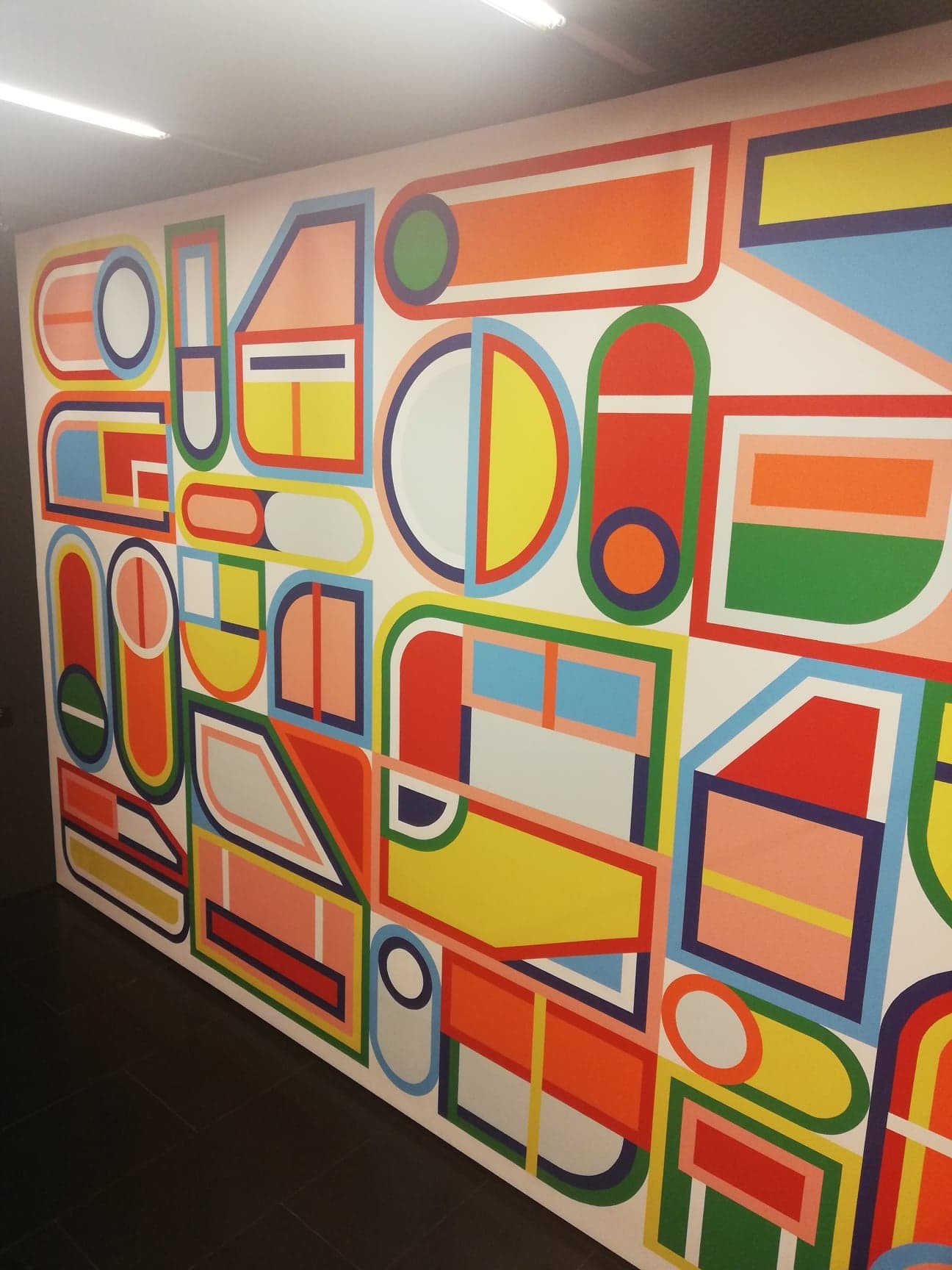 Mare’s permanent collections are all about the Romanian art world starting with the year of 1960 and coming until today’s times. You can see what the artists were creating during a rough and challenging historical period that the country was going through which affected the art field as well, namely the communism. 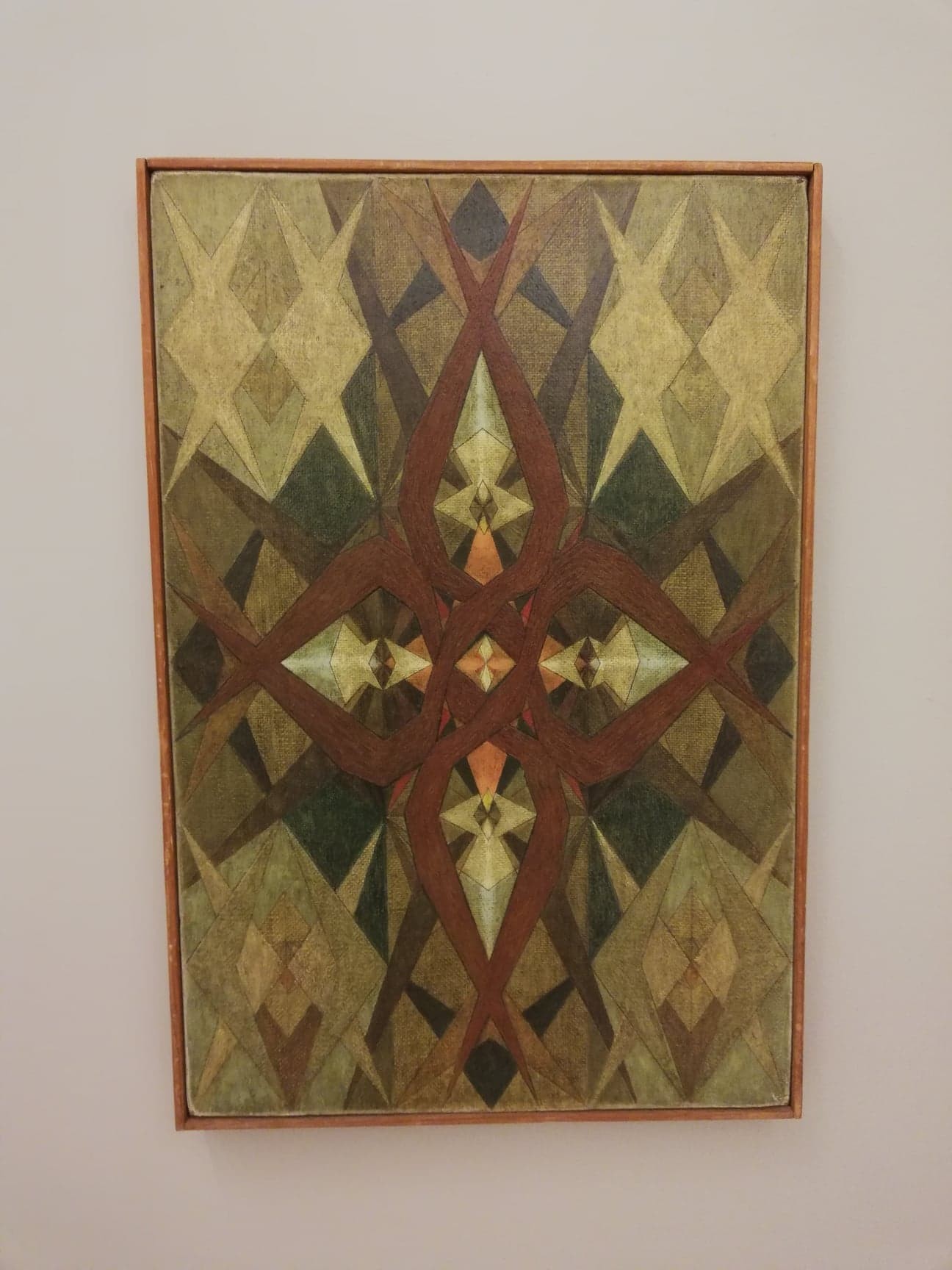 Some of the artists managed to “escape” the regime and its social realism and were trying to go on their own way, being also influenced by what was happening in the western art world. 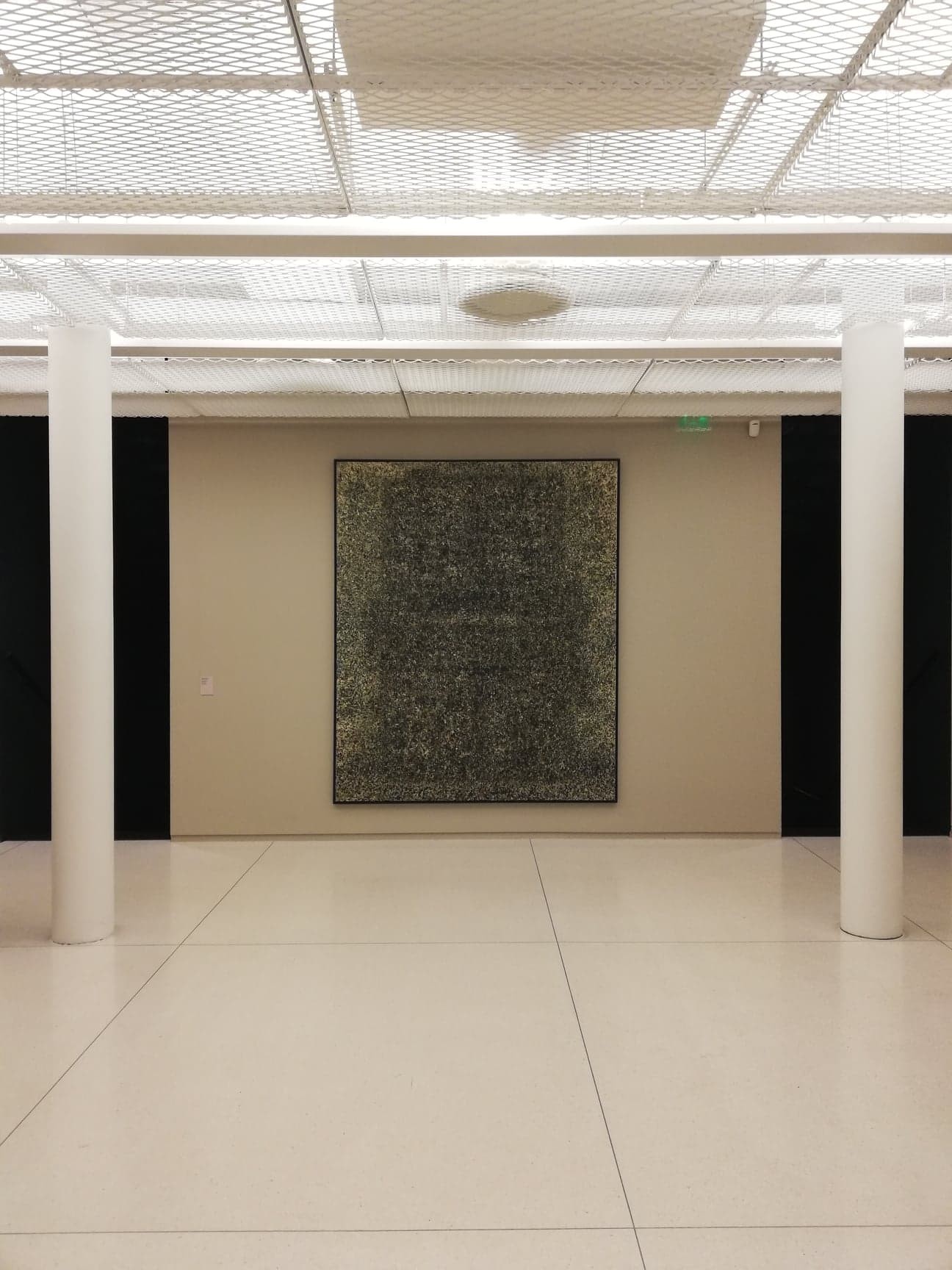 Because I have been studying arts, in the art history courses I have been learning about most of the artists above and visiting the museum seemed like a recap of what I had studied.

I said the followings multiple times in my previous articles regarding any kind of places and museums and I say it again: the experience of direct contact with the artworks is so much stronger and necessary for getting to know better and deeper the artists and so on. So, don’t just look at all of photo reproductions over the Internet or on social media, but, instead, go out, visit places of every kind.

My experience in the museum. What I liked the most

As I told you in the beginning, I have been to the museum a few times and I would probably continue to go there in the future, especially when there will be organized new openings of temporary exhibitions, but for now I am left with a couple of favorite artworks belonging to the permanent exhibitions.

But before speaking of that, I just want to mention that the inner aspect of the museum's rooms is amazing. The setup is very clean and well organised. There are rooms with grey, black and white walls and the configuration of the floors, having small or large rooms gives the viewer the impression of a labirint. Plus, there is a very bright but soft light which dominates the halls and adds to the fresh appearance of the building. 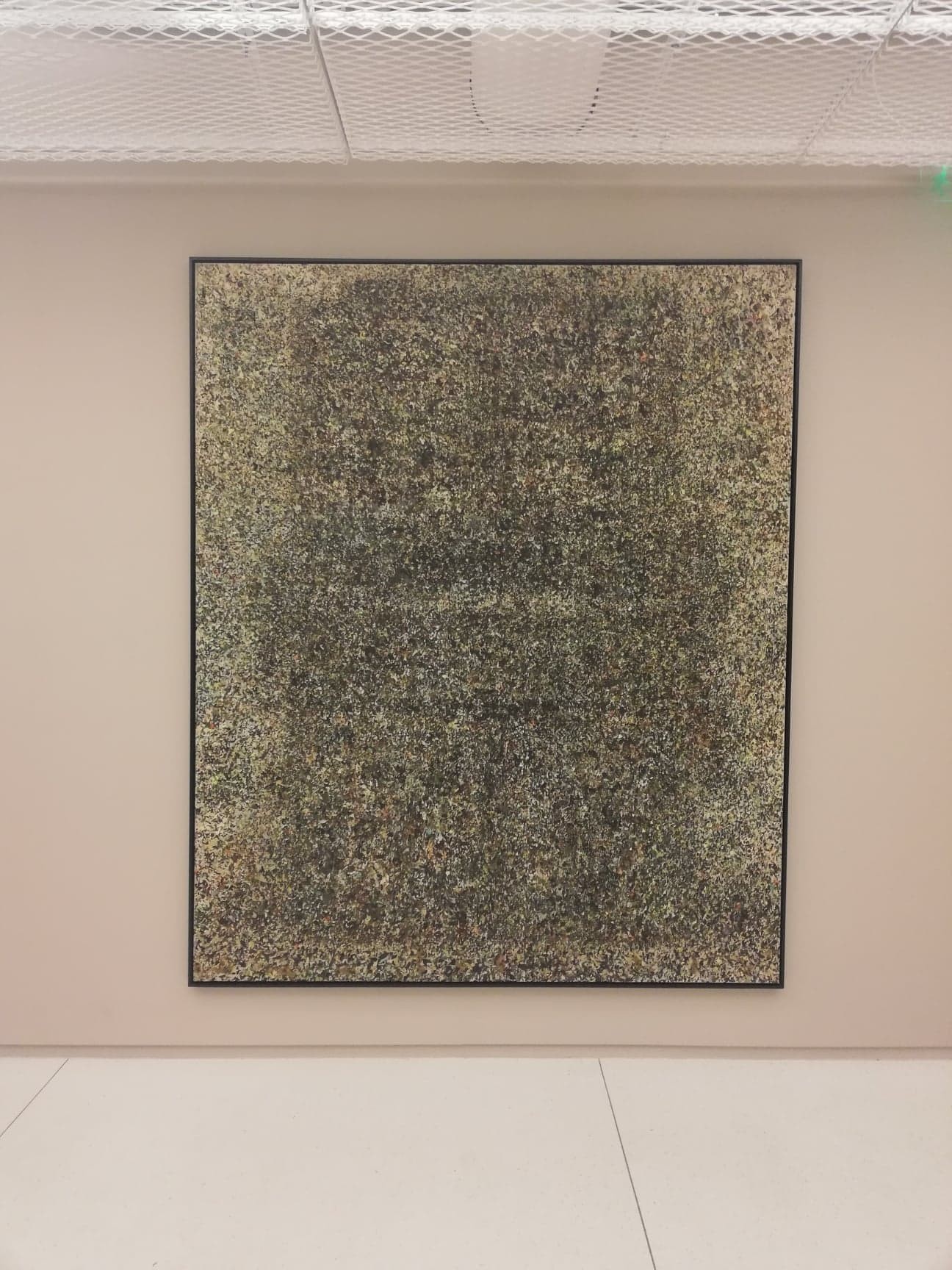 The first one which image comes to my mind from time to time is a large painting created by Anca Mureșanu. I like its colors and manner of painting. The image calms me down and satisfies my taste. From up close, the painting details and the gestures of the artist are visible and very beautiful, while from the distance starts to came out of the composition a strange but interesting form. I don't remember the title of the work and now I feel bad that I didn't took a photo of the label of the painting so I would know the title. 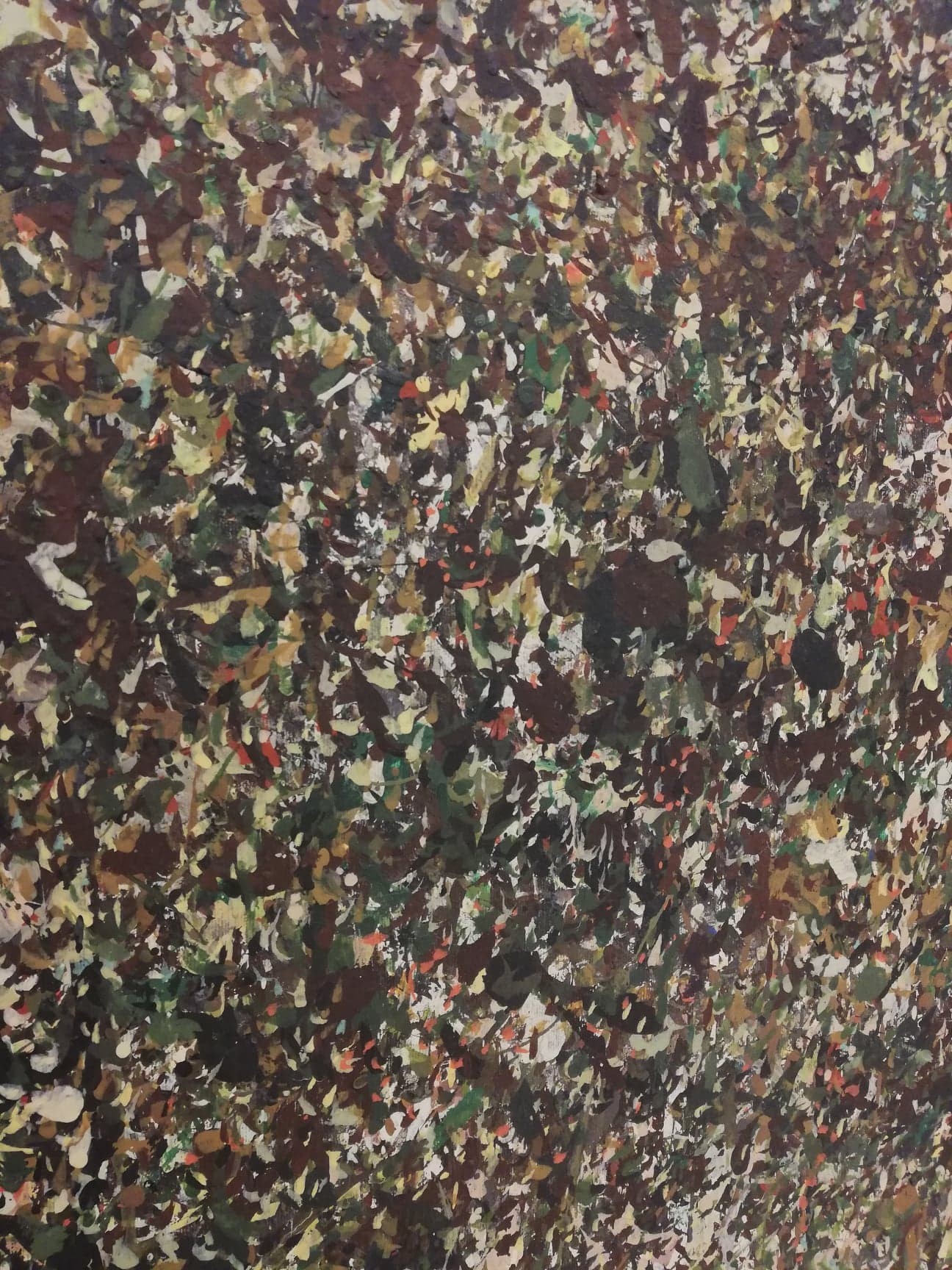 A second painting which I really like was created by Florin Mitroi in 1987 and is called "Dusk". The composition seems to represent a landscape, but the forms of it are not well defined.

I think that what attracted me for a longer period of time in front of this painting was its atmosphere and feeling which got me in a state of reflection and contemplation. The colors are warm and the image is still due to the horizontal and vertical lines of the composition. 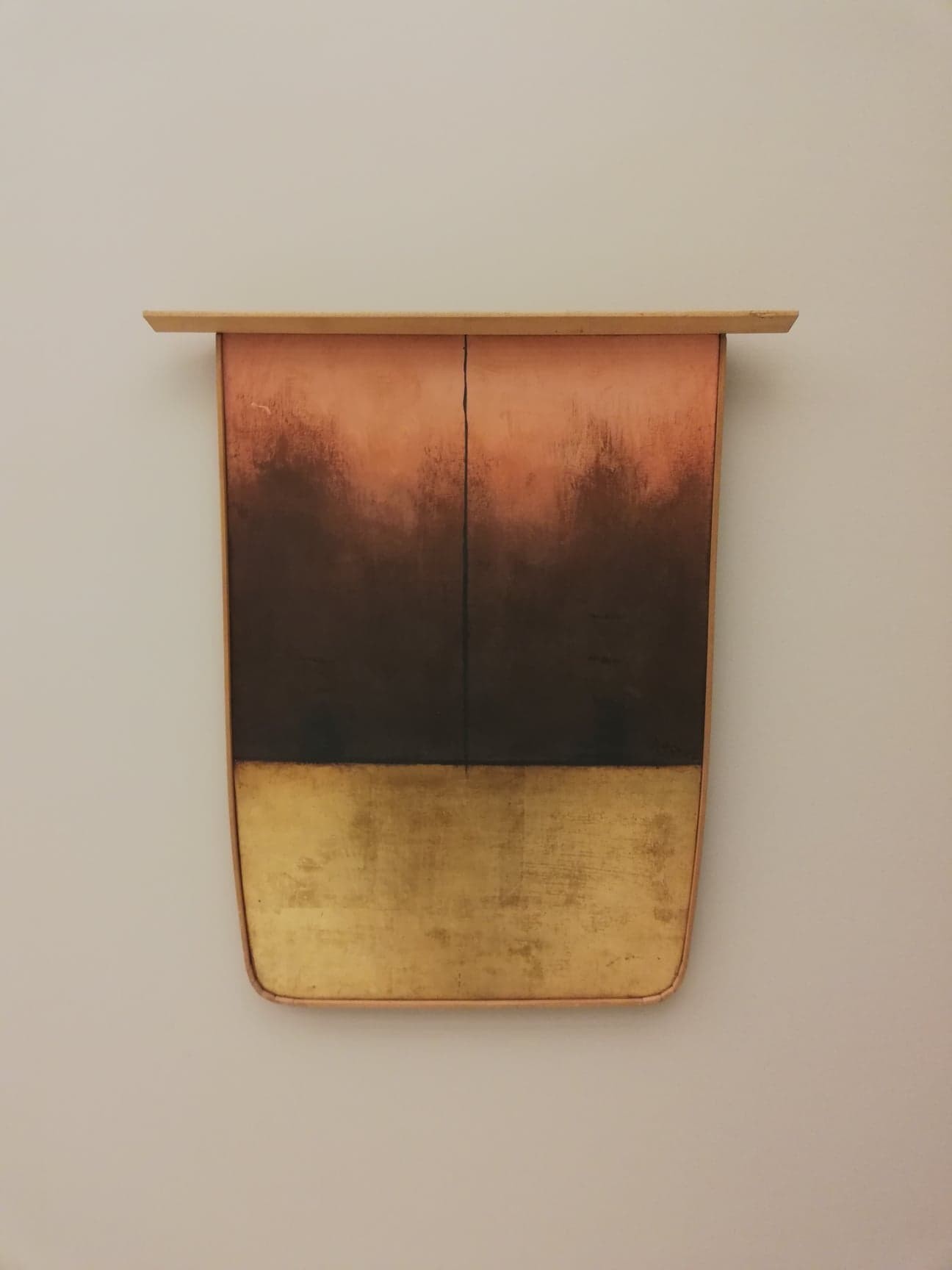 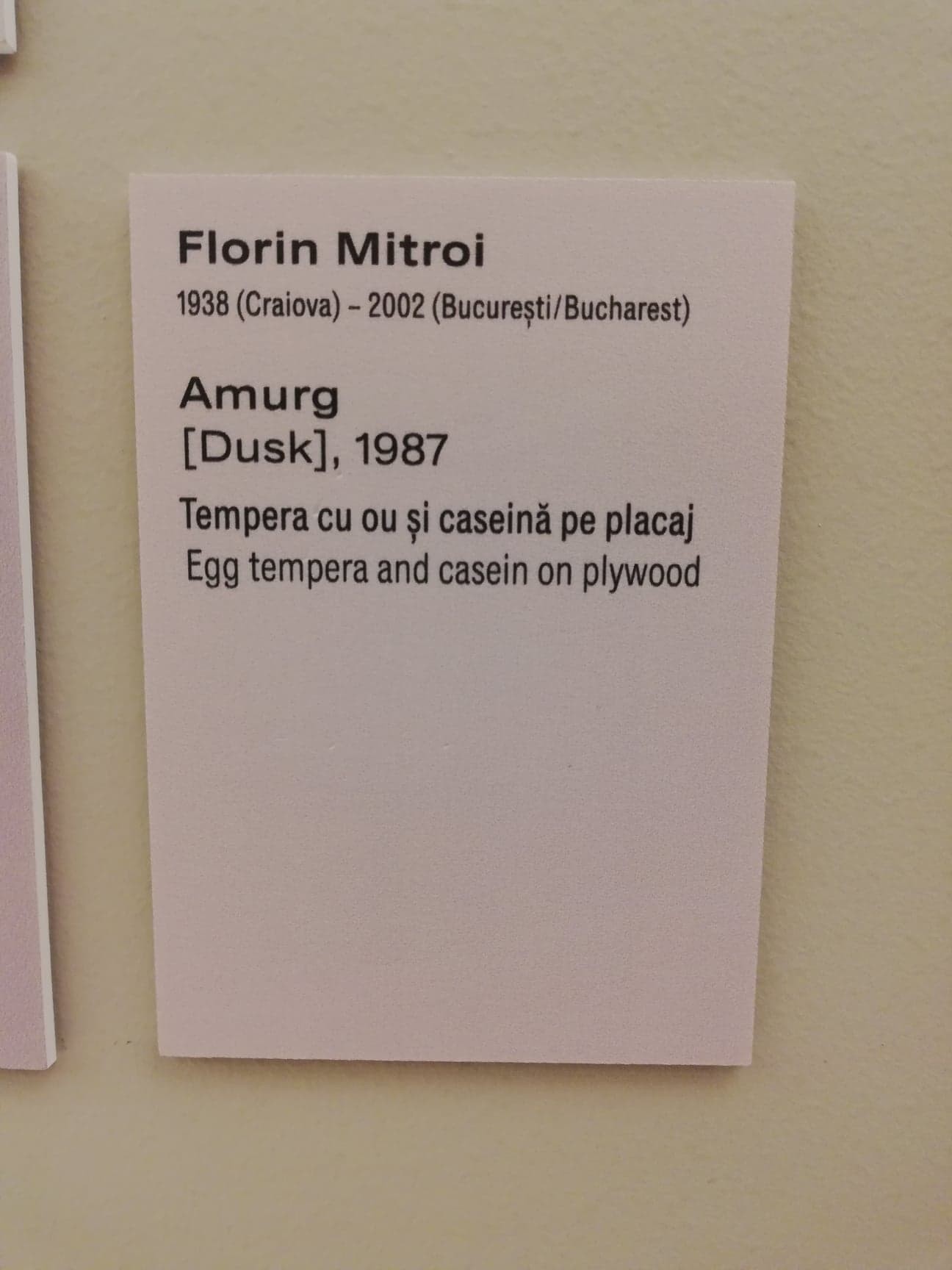 When I visited the museum last, besides seeing the permanent exhibitions, I was also looking at the latest temporary exhibition called "Post-System Geometries in the Romanian art from now " which they put up as the first prospective exhibition organised by them. In the basement ( -1 Level ) and on the third floor there were showcased artworks created by contemporary local artists coming from Bucharest, Timișoara and Cluj ering different kinds of mediums from paintings to site specific artworks, installations and videos.

In the following photo you can see one of the artworks that I really liked, but again, I forgot to also take a photo of the label so I can remember the author of the work. Anyway, this was a painting but it very much looked like a print or from the distance the sharp lines seemed to be strings attached to the canvas. Whoever created this painting made a pretty good job in playing with the viewer's conception of the work. 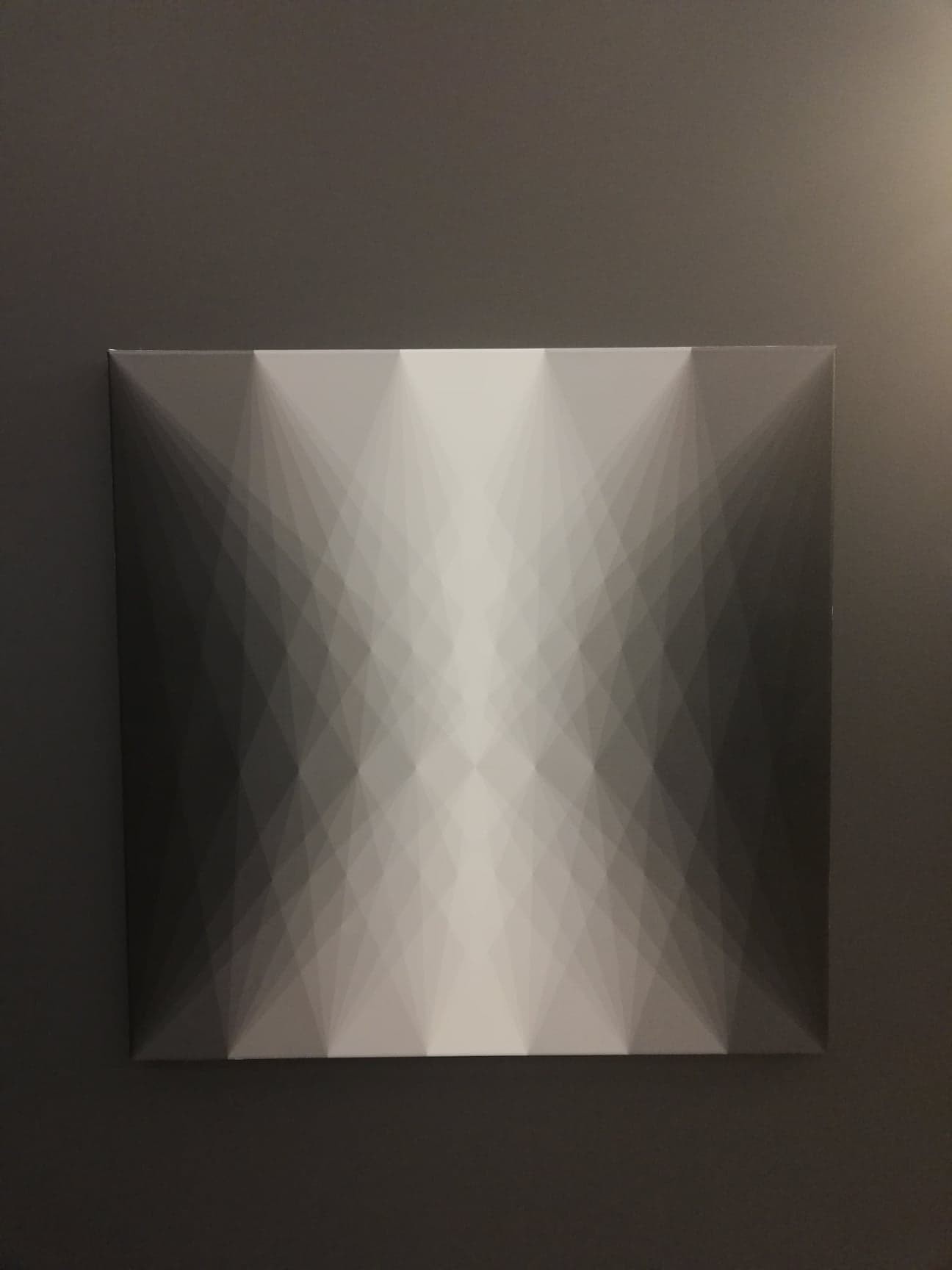 Well, this was my short presentation and point of view about The Museum of Recent Art, Bucharest. I hope that I have helped you, the reader, with helpful information about the museum and that I gave you a glimpse of what is to see inside of it. I recommend you to give the museum a try if you are serching for art related places to visit in the romanian capital.

Do you know The Museum of Recent Art? Share your opinion about this place.