Prague | What to see in Prague

Prague (Czech Republic) - do you like weekend getaways and discovering new regions? If so, then Prague, capital of the Czech Republic, is the place for you! Here, you'll be able to experience lots of history, culture and wonderful architecture. So: Ahoj Matrosen! That's how they say hello, by the way... 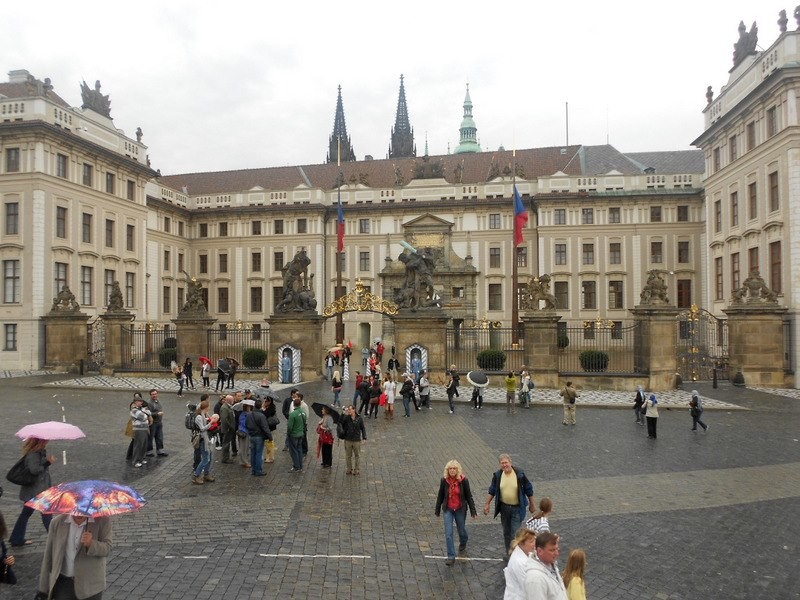 First photo. The Court of Honour at Prague Castle.

Even though Prague is one the most populated cities in the Czech Republic, the city still fascinates us with its harmony, liveliness and buildings! The Prague Castle is one of Prague's tourist attractions. It was built in the 9th century and is guarded by castle guards, who wear a different type of red uniform, and are more than happy to be photographed by visitors. 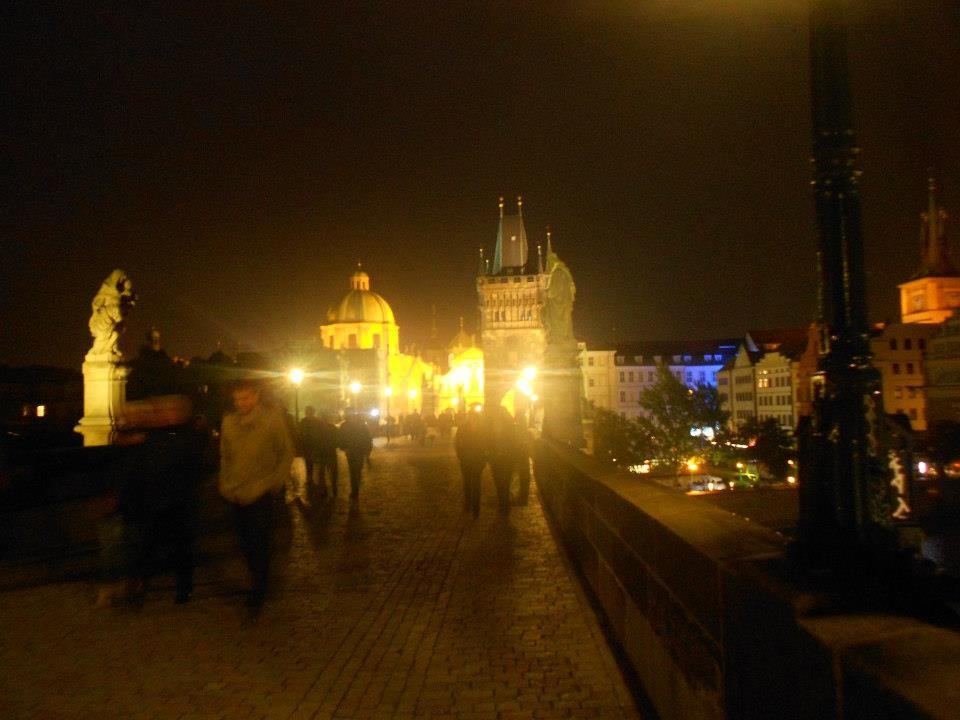 If you find yourself in Prague, you will be able to feel and experience almost all historical periods... but how? Well, you can see, feel and experience here the architecture from different periods, such as surviving Romantic, Gothic, Renaissance and Baroque era architectural structures. These are to be found particularly in the Old Town of Prague and at the ''Old Town Ring''. Here you can cross the Charles Bridge and view the Old Town Hall and the Church of Our Lady Before Tyn. This area is also lit up beautifully at night, and offers a harmonic atmosphere for exploring the Old Town, with small cafés and bars.

There are 15 bridges going over the Moldau River in Prague. They are all to be found in the city centre. The city is famous for these bridges. In total, there are about 180 bridges in the whole of Prague. Charles Bridge, for example, is one of the city's landmarks. It was built in the 14th century and is located in the Old Town of Prague. Why is this bridge so meaningful? It is an example of the oldest stone bridge in Europe, running over the Moldau river. There are many statues from the 14th century to be found on the bridge, which reflect wonderfully the times they were built in.

The Old Town Hall will surprise you with its architecture from the Gothic period. What's so special about the town hall? The Town Hall Clock. An astronomical clock, made up of different numerals, figures and dates, can be found on the south side of the building. The figures are particularly interesting, as they depict the allegories of death - the grim reaper, the philosopher, the angel, the astronomer, the Turk, the chronicler, etc. This monument comes from ''gothic science'', and is a well-known cultural monument which stuns many tourists. 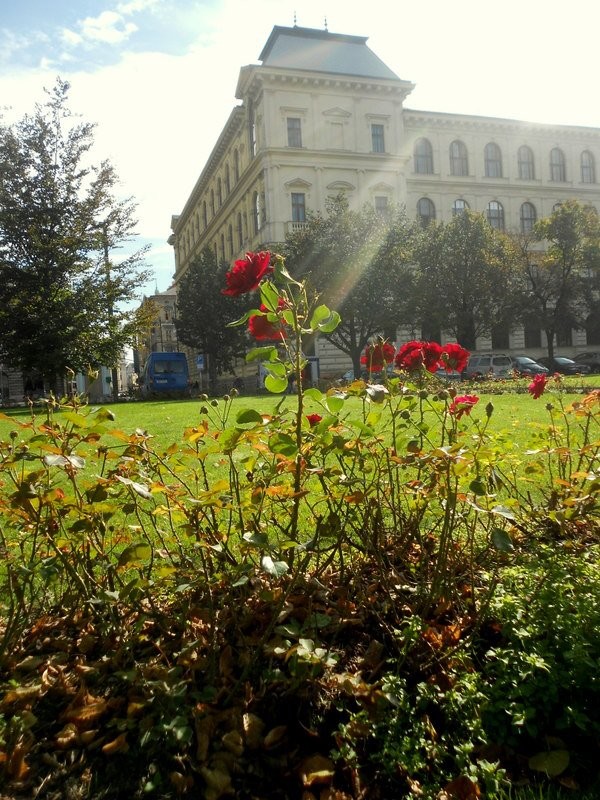 If you enjoy romantic walks along the Moldau river, you are in the right place. Red rose beds can be found around the old buildings and at the Moldau river in many spots in the city. I found the clouds over the city just as noteworthy, as when the moonlight shone through them, they guaranteed a romantic atmosphere. 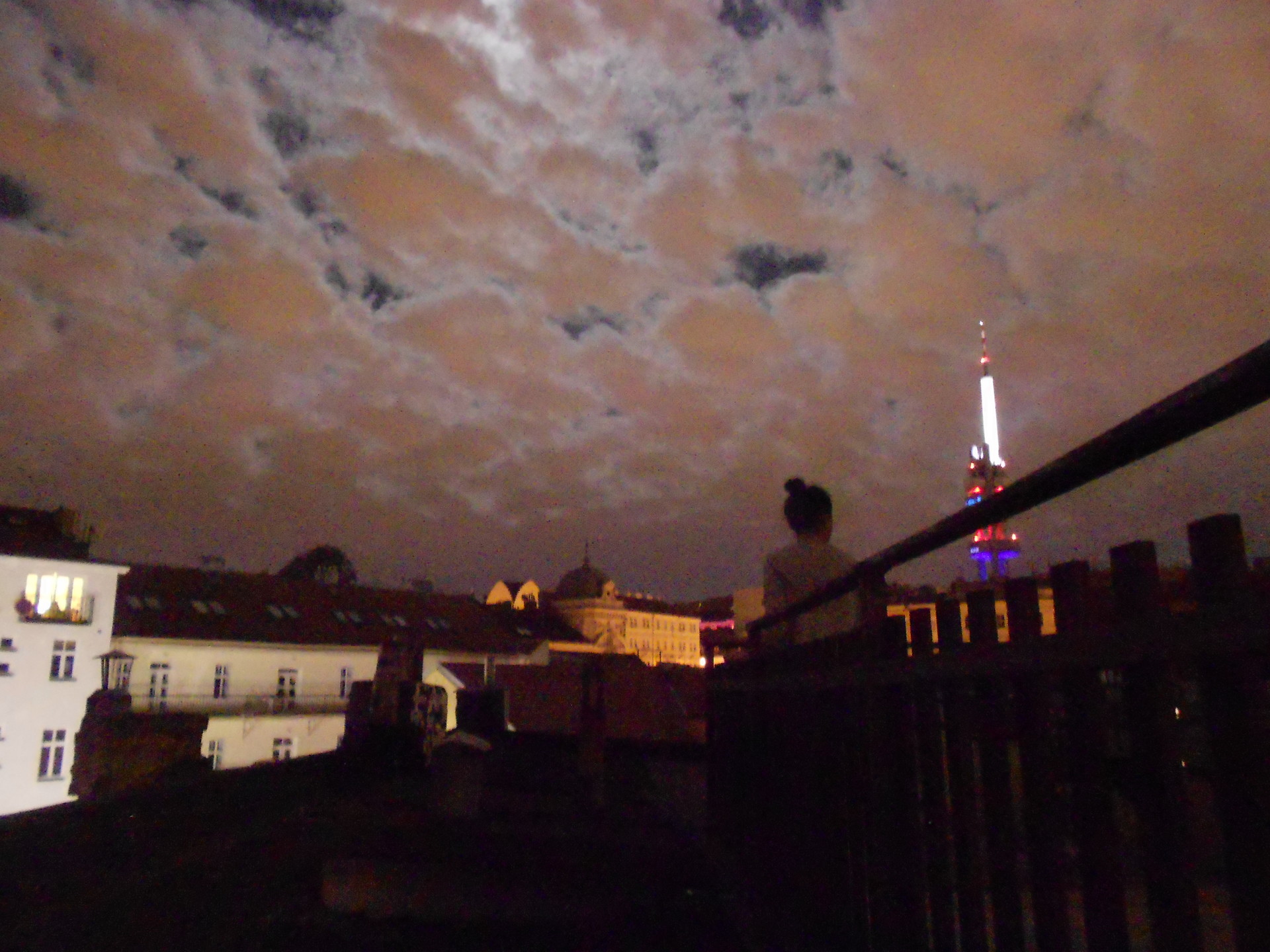 Fourth photo. The clouds by night and the moonlight in Prague 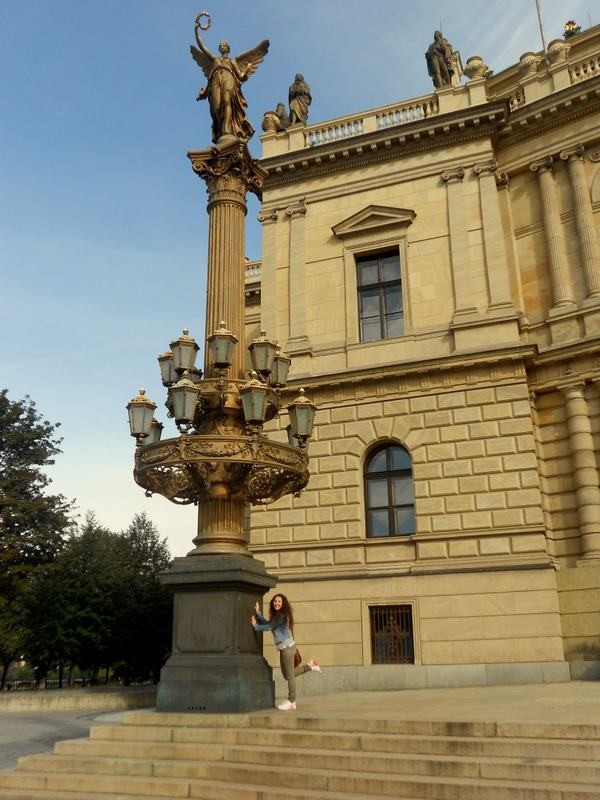 Fifth photo The statue at the Rudolfinum in Prague

The Rudolfinum in Prague

The Rudolfinum in Prague is a gallery and concert hall. You can attend different concerts and festivals here, particularly in spring. There are also lots of art exhibitions to see here, particularly from the classical modern period

Do you know Prague? Share your opinion about this place.

View all Erasmus in Prague