Balandro Restaurant | Where to eat in Cadiz

We had tried to book for Balandro twice before, both times were Friday nights and so the restaurant was full. This time we intended to visit on a Tuesday, however we were going for Tapas as that it was what the Birthday Girl (Sophie) wanted. We tried to book as there would be eleven of us, so we wanted to have enough space for us all, however we were told it was impossible to book space for Tapas, only for a table at the restaurant.

We arrived at 9. 30 pm and the Tapas bar was already quite busy, we could see that it would be hard to find space to sit all together so asked if we could have a table instead and just eat Tapas there instead, however we were told this was impossible, so we squeezed ourselves along the Tapas bar, borrowing chairs from anyone who looked like they weren’t using them. The bar was buzzing, it was quite noisy so probably not the best place to go if you want a private, intimate moment, but the atmosphere was very enjoyable. 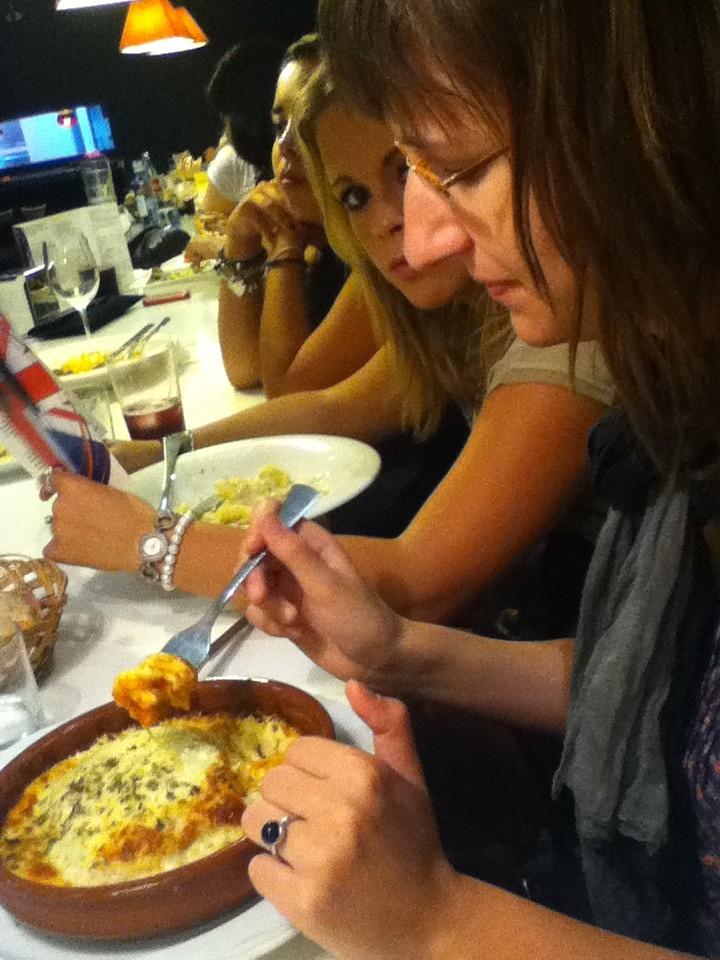 The interior of Balandro is nice and modern, lots of white and it was a big change from the quaint little tapas bars in the other side streets. We were given a menu in English (apparently it was very obvious that we were foreign), many of the dishes sounded great and we were spoilt for choice, we were all starving so ordered two dishes each assuring ourselves that we could order another one if we were still hungry once we had finished.

When the dishes started to arrive we soon realised that we would not need a third dish, most of them would have suited as a main meal on their own. It would have been plenty to order three dishes between two people, a starter and two mains to share; we resolved to do that the next time. The food of course all arrived at different times and unfortunately some people were still waiting for their food by the time I had finished.

I ordered Tortillas with pork and cheese and Asian Style Pork. Both of which were very nice, although the tortillas were slightly different to what I had expected (something that was true for some of the others). The staff were friendly and professional and with only two of them behind the Tapas bar they did a very good job, no one was left waiting long if they wanted to order another drink or anything.

The main downside to sitting at the Tapas bar was that when people at the Tapas tables behind us ordered food or drinks they had to be passed over our heads as the bar was very busy so there was not space to pass them between people. It was not too bad, just would have been nice to eat a meal without fear of something being dropped on your head.

All of the food was reasonably priced considering the quality and size of the dishes; however it could be easy if you were sharing many dishes amongst a group to run up quite a large bill. Everyone was too full from their dishes to have a starter and so we paid, fortunately there was no fussing around with splitting the bill as the waiters made us each individual ones which was nice.

This is definitely somewhere that I will visit again, but next time I think I will arrive earlier and ensure that I share dishes with other people so that I can try a wider variety of them. Perhaps I will also ask what some of the dishes that look nice are, there were so many tempting-looking plates passed over my head but I had no idea what any of them were as the menu descriptions never seemed to put the right image in my head, it may just be that that was the English translation though, will take a look at the Spanish one next time. I would also like to check out the sit-down restaurant side, although that looked to be more pricey. 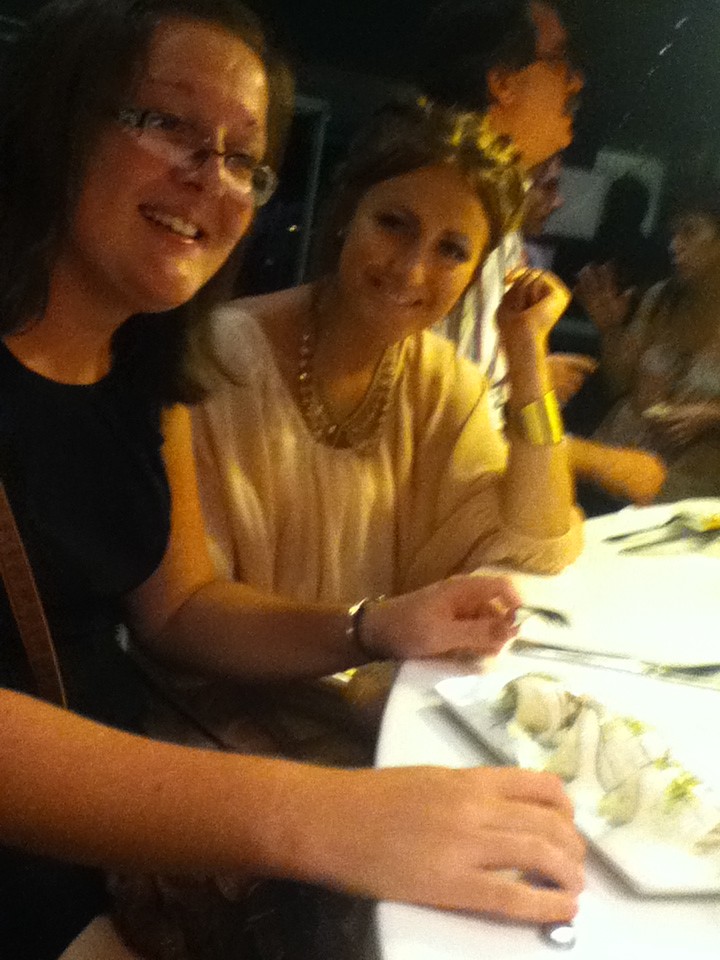 Do you know Balandro Restaurant? Share your opinion about this place.