Rijksmuseum | What to see in Amsterdam

Rijksmuseum, the place for Art and History lovers!

But Rijksmuseum is the most distinguished.

Rijksmuseum is one of the largest and most interesting art museums in the world. It’s a Dutch national museum which is dedicated to arts and history in Amsterdam. You can find it at the Museum Square in the borough Amsterdam South (is very close to the Van Gogh Museum, the Stedelijk Museum Amsterdam and the Concertgebow) and the address is Museumstraat 1, 1071 XX Amsterdam.

From Schiphol Amsterdam Airport you can take the bus 197 and stop to the ‘Rijksmuseum’ bus stop and from the Marnixstraat regional bus station you can take tram 7 or 10 and stop at the ‘Spiegelgracht’ tram stop or take buses 145, 170, 172, 174 and 197 and stop at the ‘Rijksmuseum’ tram stop. If you are travelling by car there are small number of paid parking spaces in the immediate vincity. There is a supervised car park beneath Museumplein (Q-park).

The museum is open from 9 am to 5 pm from Monday to Sunday, all days of the year including the Christmas day! The Rijksmuseum Gardens, Rijks Shop and Café are open to visitors without a ticket from 9 am to 6 pm! The ticket price for the adults is 17, 50 euro, for youth aged 18 and under, Museumkaart holders, members of ICOM, ICOMOS, UNESCO, the Rembrandt Association, KOG, Vrienden van de Aziatische Kunst and Vrienden van het Rijksmuseum there is a free admission. You can buy your tickets online or at the ticket counter in the museum (but it’s better online to avoid the long waiting at the ticket office). The most quite hours to visit the museum are before 10 am and after 3 pm. On busy hours the estimated waiting time for the ticket office is approximately twenty to thirty minutes.

The Rijksmuseum was founded in 1800 in the Hague and eight years later, in 1808 moved to Amsterdam. It was first located in the Royal Palace and later in the Trippenhuis. The current main building was designed by Pierre Cuypers (a very famous Dutch architect who also designed the Amsterdam Central Station and he restored a large number of monuments during his life). The Rijksmuseum first opened its doors on 1885. In December 2003 the main building of the museum closed for a major renovation. In April the 13th 2013, after a ten-year renovation which cost almost 375. 000. 000 euros, the main building reopened by Queen Beatrix. The restoration and renovation are based on a design by Antonio Cruz and Antonio Ortiz (two Spanish architects) and many of the old interior decorations were restored and the floors in the courtyards were removed. 2. 2 million people visited the Rijksmuseum in 2013 and 2. 45 million in 2014, making it the most visited museum in the Netherlands and the nineteenth most visited art museum in the world for these years.

Nowadays, the museum has in display over eight thousand objects of art and history out of their total collection of one million objects from the years 1200 to 2000. Among them are many masterpieces of Rembrandt (‘The Night Watch), Frans Hals and Johannes Vermeer. The collection contains more than two thousand painting from the Dutch Golden Age (by many well known painters such as Rembrandt, Jacob van Ruisdeal, Johannes Vermeer and Jan Steen). In the museum you can also find a small Asian collection.

A part of the inside view of Rijksmuseum.

The 'Nightwatch' of Rembrandt, the most famous painting of Rijksmuseum. 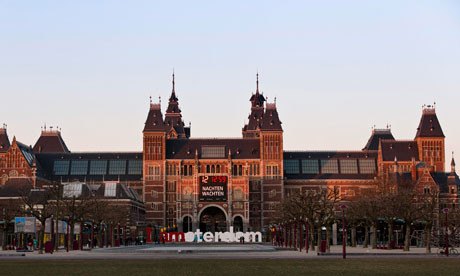 The outside view of Rijksmuseum. 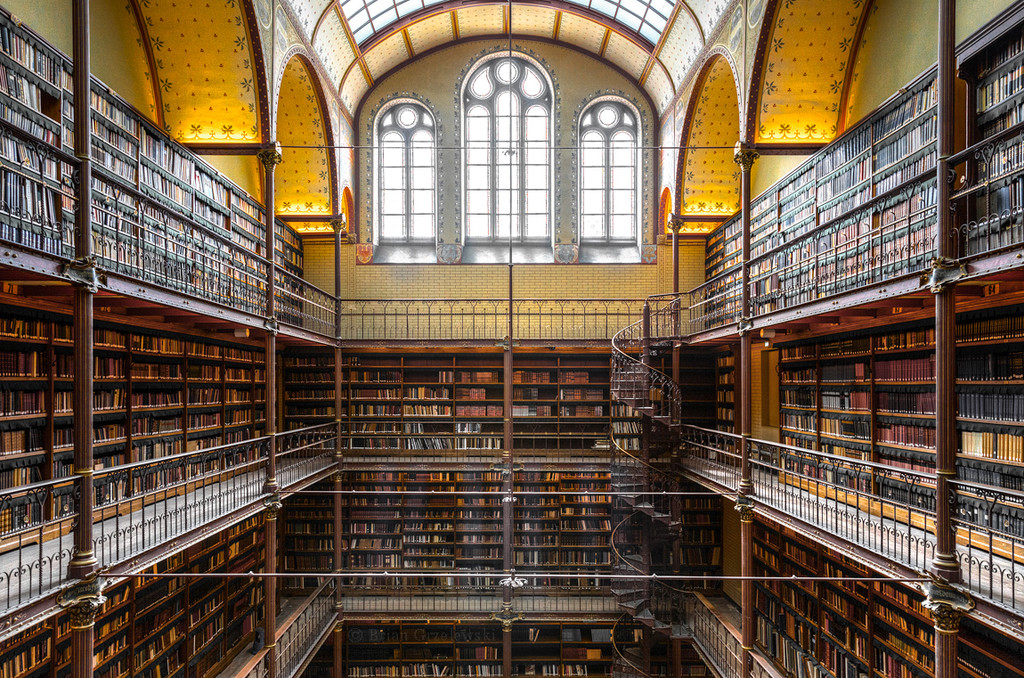 The paradise for book lovers inside the library of Rijksmuseum.

Do you know Rijksmuseum? Share your opinion about this place.

View all Erasmus in Amsterdam