Hofburg Imperial Palace | What to see in Vienna 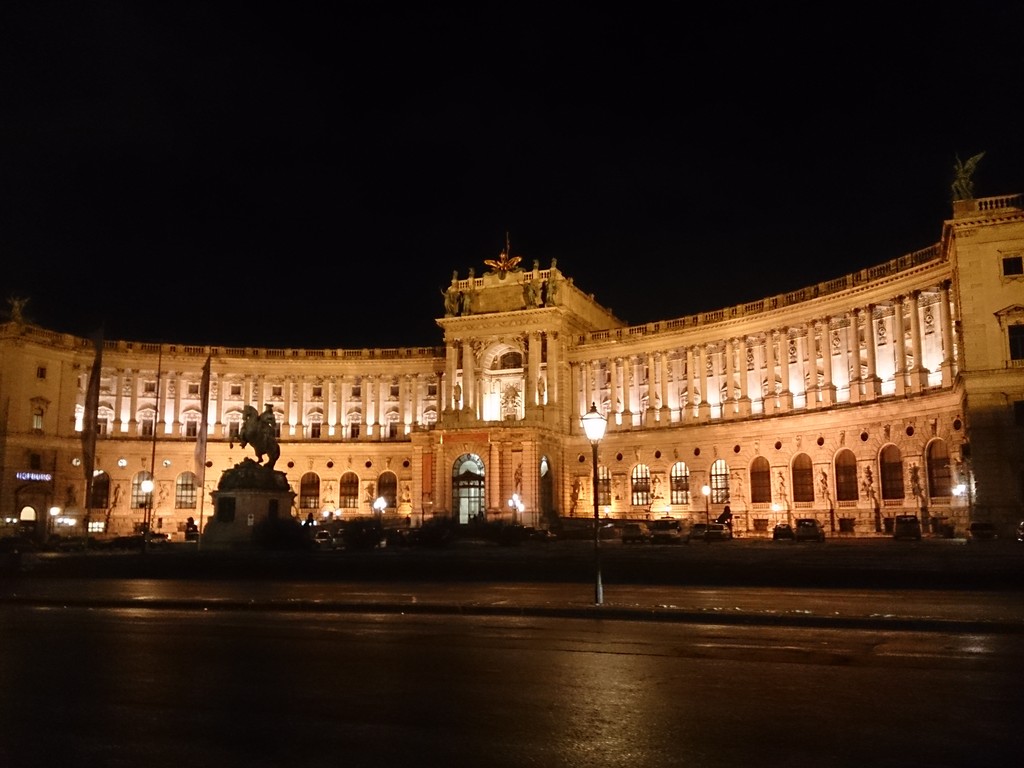 Vienna is one of the most imperial cities in Europe and one of the reasons is the amount of huge and majestic palaces it houses. The three most important and that can never be missed in the visit to the city are the Hofburg Imperial Palace, the Belvedere Palace, and the Schoenbrunn Palace.

This time I will talk about the first, which also served as a residence for the well-known and so controversial Empress Sisi and whose interior also houses its Museum.

How to get to the Palace?

The Hofburg is within walking distance of the city center of Vienna and can be reached on foot after visiting other monuments such as the Town Hall or the Opera. However, if public transport is preferred, by bus the lines that take are 2A and 3A and the stop is Hofburg. The tram lines are 1, 2, D and J and the stop is Burgring. And finally, the nearest train stations in Vienna are Westbahnhof and Meidling. Around the Hofburg, you will find another series of tourist attractions such as the Imperial Chapel (Burgkapelle), the Natural History Museum, the Austrian National Library, and the Spanish Riding School.

The expanding Hofburg imperial complex was the refuge of the Habsburg family monarchs, who ruled in Austria from 1276 until its fall in 1918. The facilities are particularly interesting as the buildings reflect more than 700 years of architectural history As a consequence, Hofburg shows several architectural styles, from Gothic to Renaissance, from Baroque, Rococo and Classicist. Together with its multitude of squares and gardens, the entire complex occupied a total of 59 hectares, comprising 18 groups of buildings, 19 patios over 2, 600 rooms. Outside, the predominant style is Baroque. 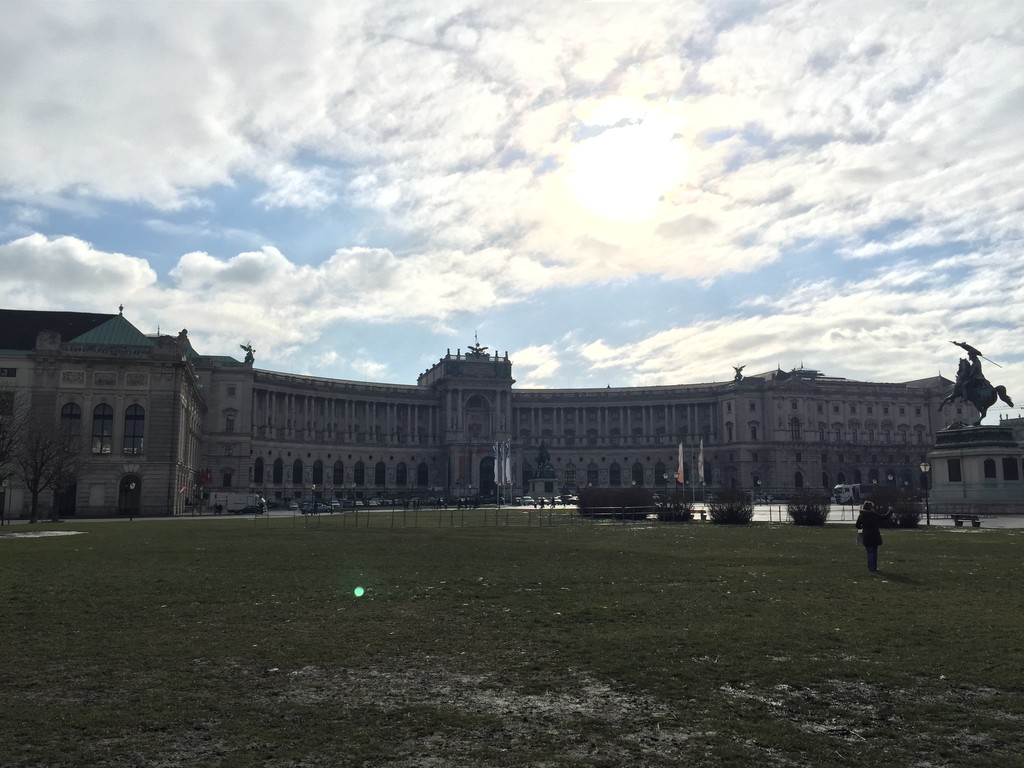 The palace, which is a magnet for tourists, offers various opportunities depending on the price and time available to the visitor. The three essential visits are: the Imperial Apartments, the Sisi Museum and the Silver Collection, each of them can also be visited individually or as part of a joint visit to all three. Also, other attractions offered by the palace and for which in my opinion it would take more than a day to visit them, are: the Schatzkammer (Treasury), the Prunksaal in the National Library, the Winterreitschule (Spanish Winter Riding School ), the chapel, the church, the Albertina Museum and the Neue Burg museums.

The construction of the Hofburg did not begin with the Habsburgs, but with King Ottokar II of Bohemia, who was also the Duke of Austria. In 1275 it had a fortress built in the place where Schweizerhof is located today, a rectangular structure with four towers. After Rudolf I, the first of the Habsburg dynasty, after Ottokar II was overthrown in 1276, he expanded the fortress. Today, there are no visible traces of the original structure.

The construction of the complex we know today began after 1533 when Ferdinand I decided to move his main residence to Vienna, so it was the capital of the Holy Roman Empire. The construction of what is now known as the Alte Hofburg was completed in 1552. The Schweizertor, the door leading to the Alte Hofburg, was built the following year. Fernando's son, Maximilian II, added the Stallburg to the complex. 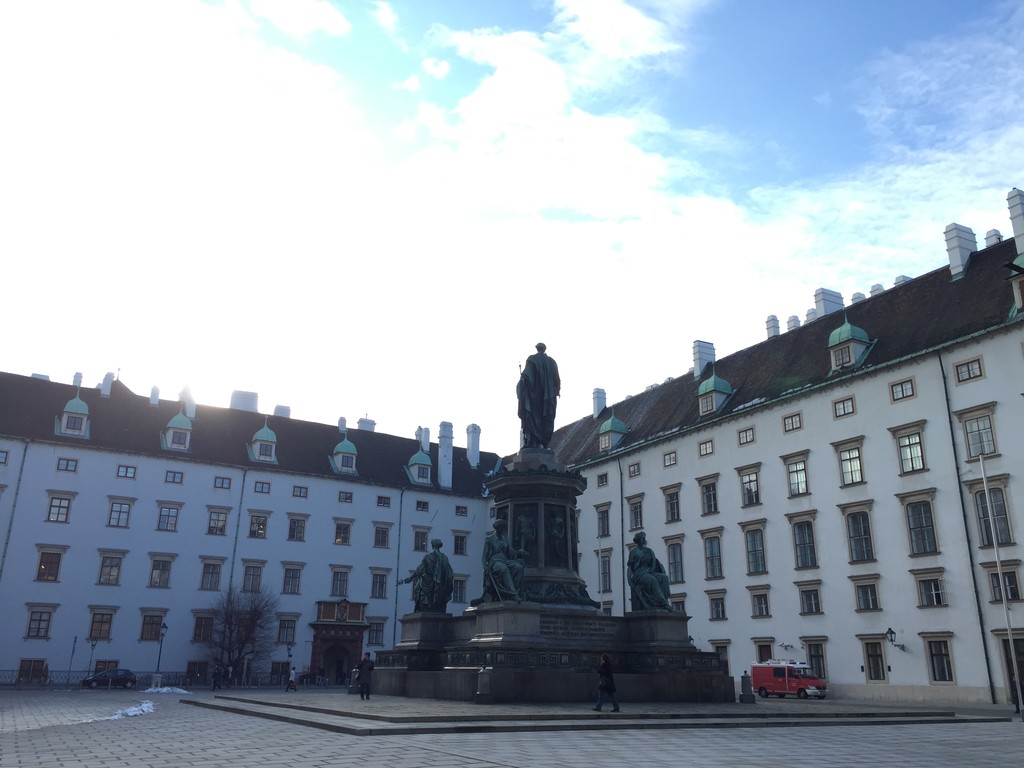 Maximiliano's son, Rudolf, decided that he wanted his own palace and built the Amalienburg, separated from the existing structure. A courtyard, now known as the Innenhof or In der Burg separated the two palaces.

The Thirty Years War caused a break in construction activity, but in 1660 the expansion of the Hofburg continued with the construction of the Leopoldinischertrakt (the Leopold Wing), ordered by Emperor Leopold I. This nine wing connected the Amalienburg with the Alte Hofburg. Its construction accelerated after the historic victory over the Turks in 1683. The architect of this wing was that of the official court, Joseph Emanuel Fischer von Erlach, who also designed the magnificent library of the Court, the Winter Riding School, and the Reichkanzleitrakt. He also designed the Michaelertrakt, a baroque wing that was only completed centuries later.

Another stage of construction began in the late nineteenth century, a time when the Habsburg monarchy began to show signs of deterioration. During the reign of Emperor Francisco José from 1848 until 1916, the most recent additions to the complex were built including the Michaelertrakt (a wing with a monumental door), the Michaelertor and the Neue Burg (a huge wing, with a curved facade, in front of Heroes' Square). Neue Burg was only part of an ambitious project to build a new Kaiserforum, an imperial forum that would have connected Hofburg to the museum complex through the Ringstrasse through a series of triumphal arches. Unfortunately, the outbreak of World War I interrupted the new constructions. 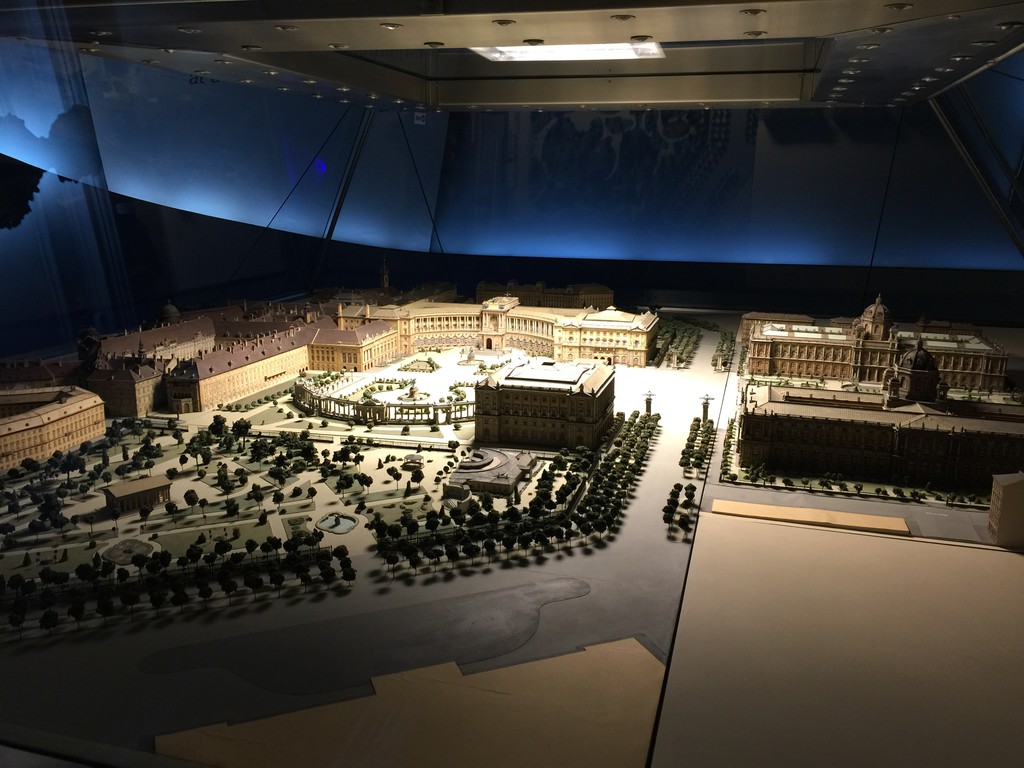 Despite spending fortunes on the construction of the Hofburg, Habsburg members rarely resided in the palace complex, especially after the Schönbrunn Palace was built in the 18th century. The palace was mainly used for meetings with official foreign dignitaries. 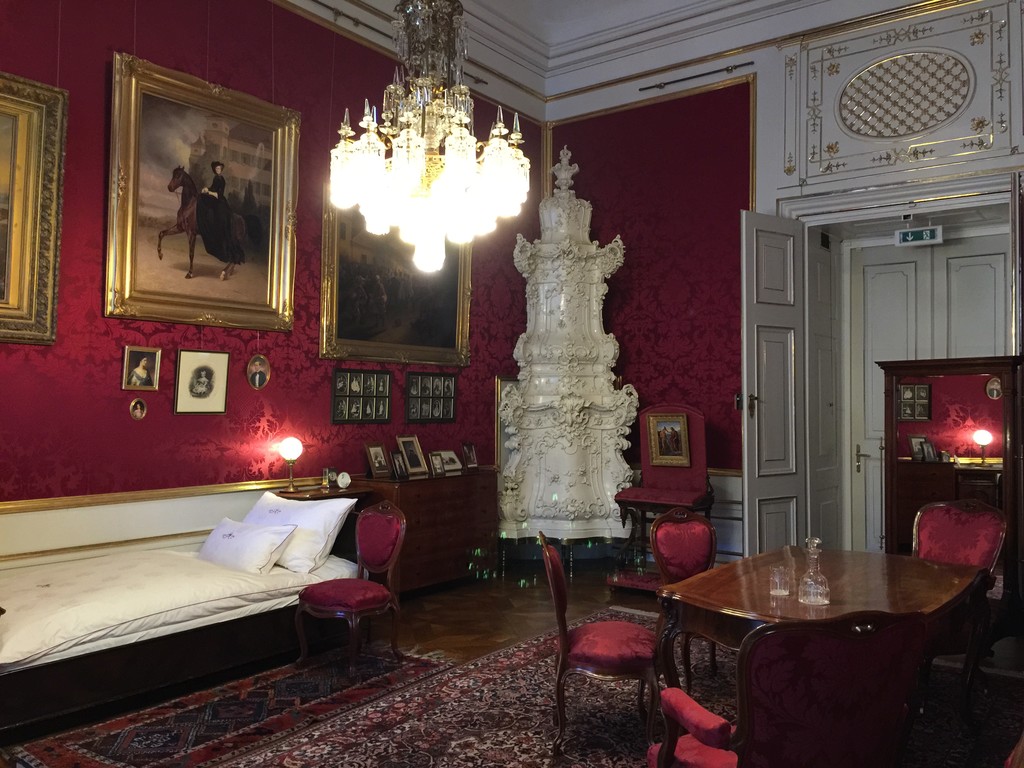 Of the rooms in the Hofburg accessible to the public, some of the most interesting can be found in the "Franz Joseph Apartments" or imperial apartments, most of which remain unchanged. They highlight the Dining Room, famous for its rich decoration and works of Flemish art that represent the heroic deed of Hercules and the Circle of rooms with its exquisite tapestries. A fascinating model of the Hofburg and its many buildings is located in the guard room, while in the Great Hall of Audiences, the bohemian crystal chandelier is worth seeing.

The apartments of Empress Sisi include the sumptuous living room, considered the most beautiful of many Hofburg rooms and serving as a bedroom at the same time. Another highlight is the large living room, home to an excellent collection of Louis XIV-style furniture and a series of porcelain vases from Sèvres, a collection of paintings of romantic landscapes, and a marble statue of Napoleon's sister. Also worth a visit are the apartments of Alexander, the Tsar of Russia who stayed there during the Vienna Congress (the busts of Emperor Charles I and his consort, Empress Zita). 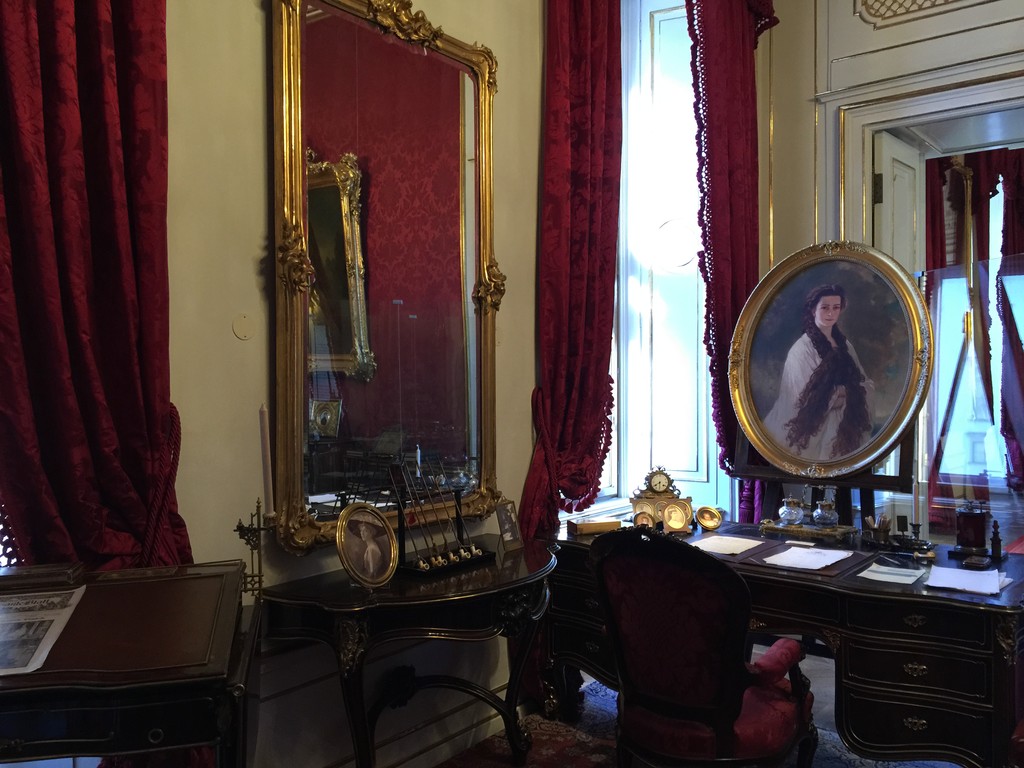 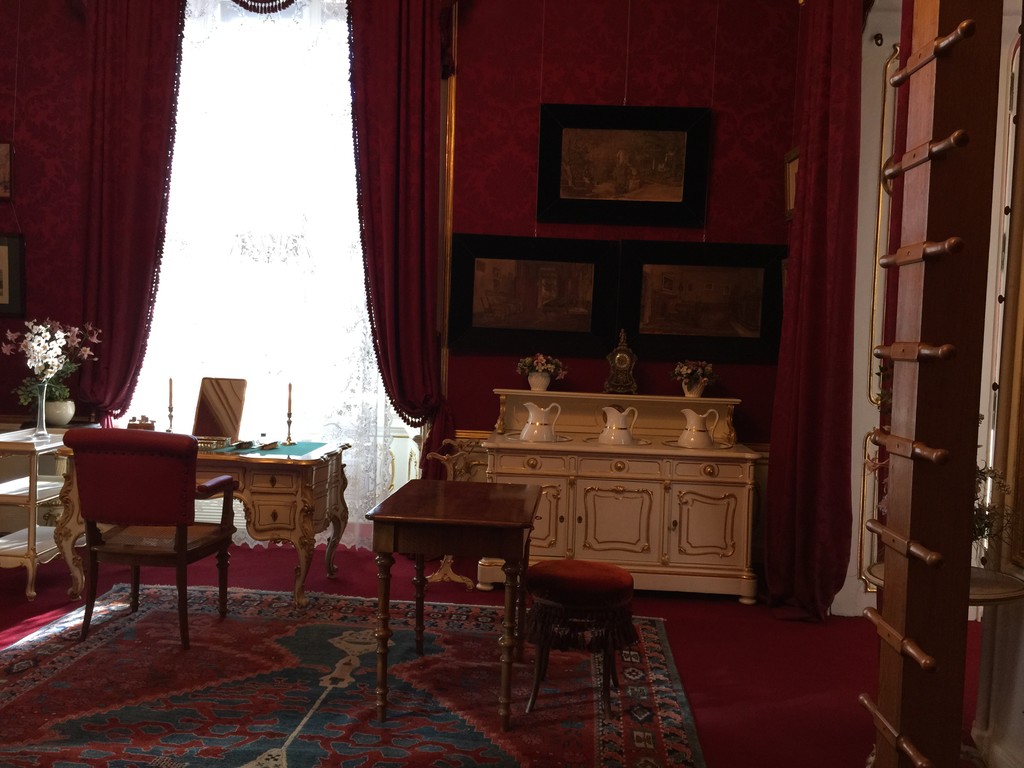 The Museum dedicated to Empress Elisabeth (Sisi), which offers a fascinating insight into the 19th-century aristocracy. They highlight more than 300 personal items such as gloves, umbrellas, notes regarding their strict beauty regimen, and the death mask made after their murder (also of interest are the official records made at the time of this tragic event). Other fascinating artefacts include a copy of the dress she was wearing when she moved to Austria from her native Munich at age 16, in 1854, a copy of her coronation dress and a replica of part of her imperial train car. Also a first aid kit and travel games, along with their christening robes. 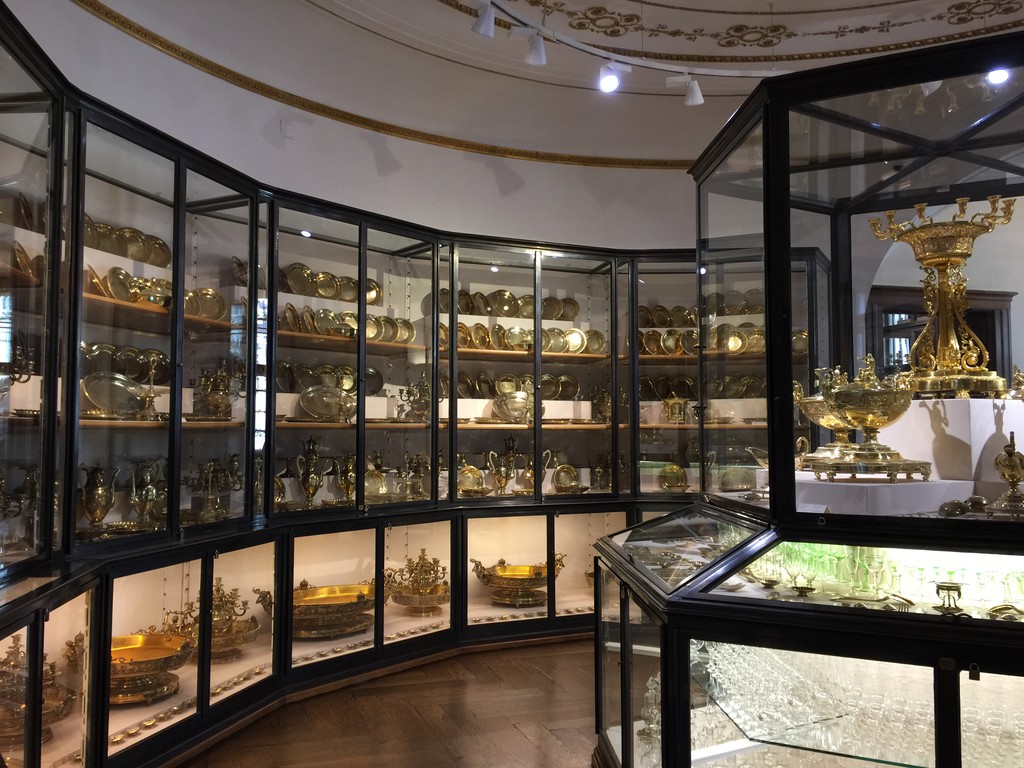 More than 7, 000 items from the Imperial Court, including ceremonial table items, are displayed in the Silver Hall, a must-see place when visiting the Hofburg. Among the many treasures of this spectacular collection is its fine 18th-century porcelain from East Asia, the formal dishes of Franz Joseph, a travel service that belonged to Empress Elisabeth Christine (wife of Charles VI), and ten meters long of the Milanese centerpiece made of gilded bronze. Other highlights include the 1775 Meissen service, the 19th-century Viennese Imperial service and, perhaps the most important part of the collection, the Ruby service used for the great imperial occasions for 140 guests. In addition, you can access the kitchen of the Court to take a look at how the imperial sidewalks were. In the exhibition, you can see original copper vessels, pans, and molds, in addition to the old boxes and the heating plates necessary to feed 5, 000 members of the court. 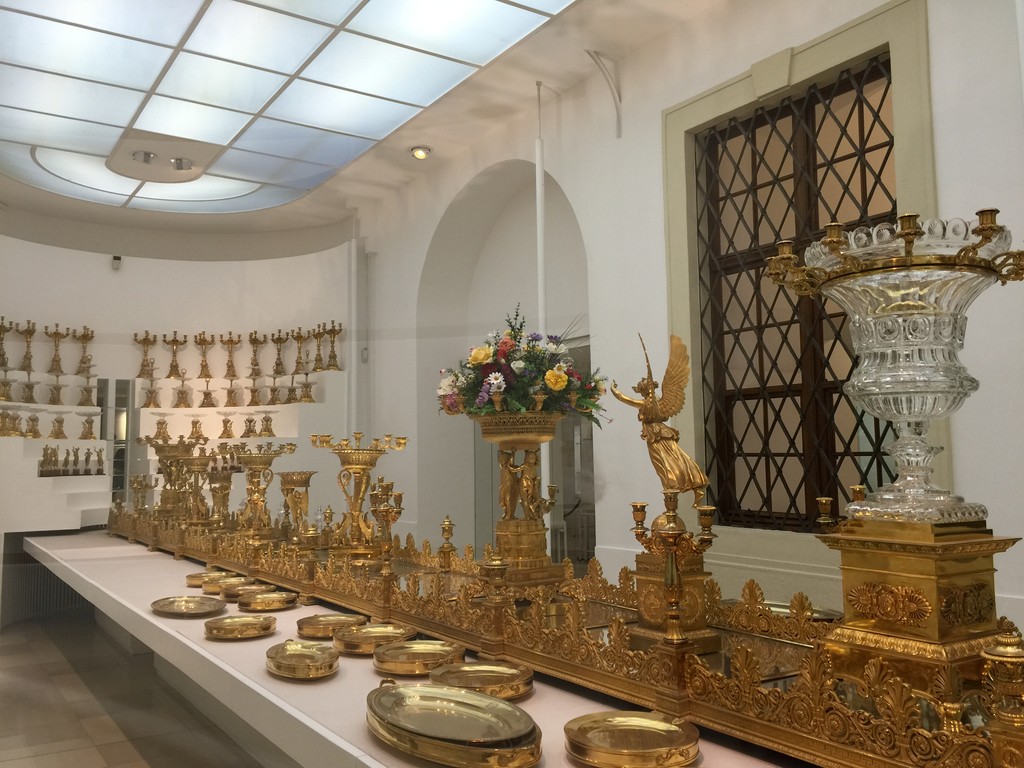 Next, I will briefly describe other secondary stays of the complex that I mentioned in the first paragraphs:

A museum with an impressive display of crowns, scepters and other powerful symbols of the Holy Roman Empire. Highlights include the imperial crown of Emperor Rudolf II, dotted with countless precious stones and the jewels of the crown of the Holy Roman Empire, with an octagonal imperial crown. There are also a series of curiosities in the Schatzkammer, such as a longhorn of a unicorn and a relic of the Holy Cross. The entrance to the Schatzkammer is located in Schweizerhof, the oldest part of the Hofburg.

It is located in the south corner of the Hofburg, it is a museum with an important collection of watercolors, illustrations, prints, drawings and photos. It is housed in a palace that was once owned by Duke Alberto of Saxony-Teschen from which the museum itself took its name. 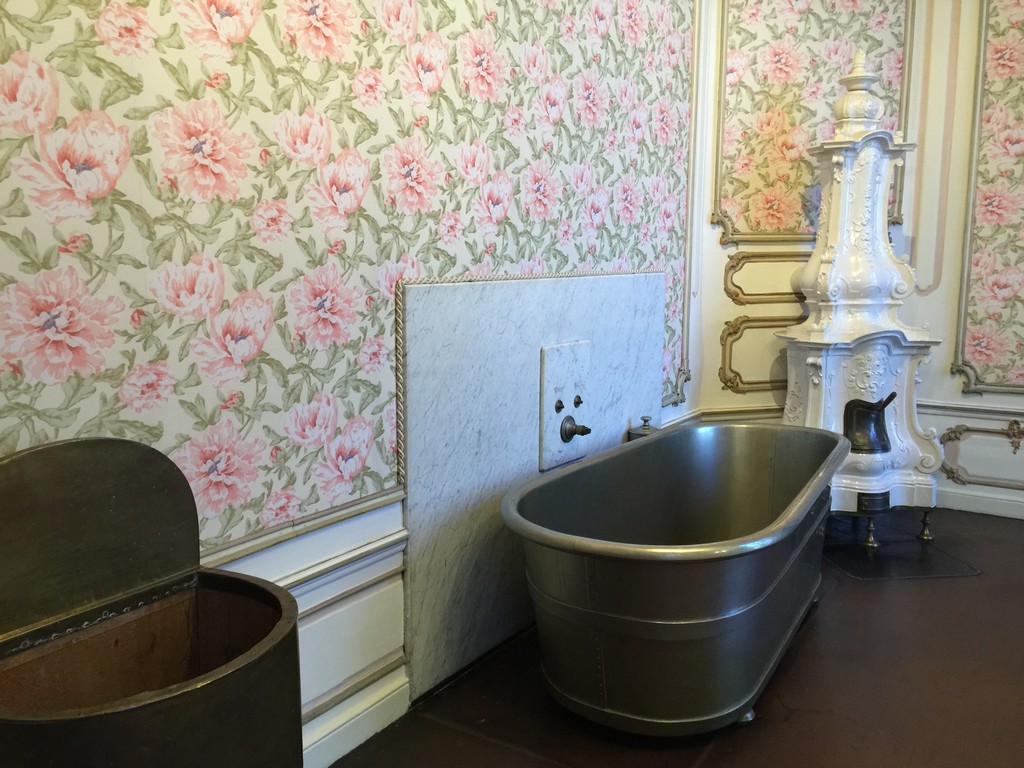 In the Neue Hofburg wing, another series of museums can be found. The Ephesus and Papyrus museum shows the results of the excavations of an archeological site in Ephesus, Turkey. The Sammlung alter Musikinstrumente has an interesting collection of historical musical instruments, such as a violin decorated with gold and ivory. The Museum für Völkerkunde (Ethnological Museum) shows a collection of historical artifacts from America, Asia, Oceania, Africa, and even Siberia. The largest museum in the Neue Burg is the Hofjagd und Rüstkammer, which shows an extensive collection of magnificent armor from the fourteenth to the seventeenth century. 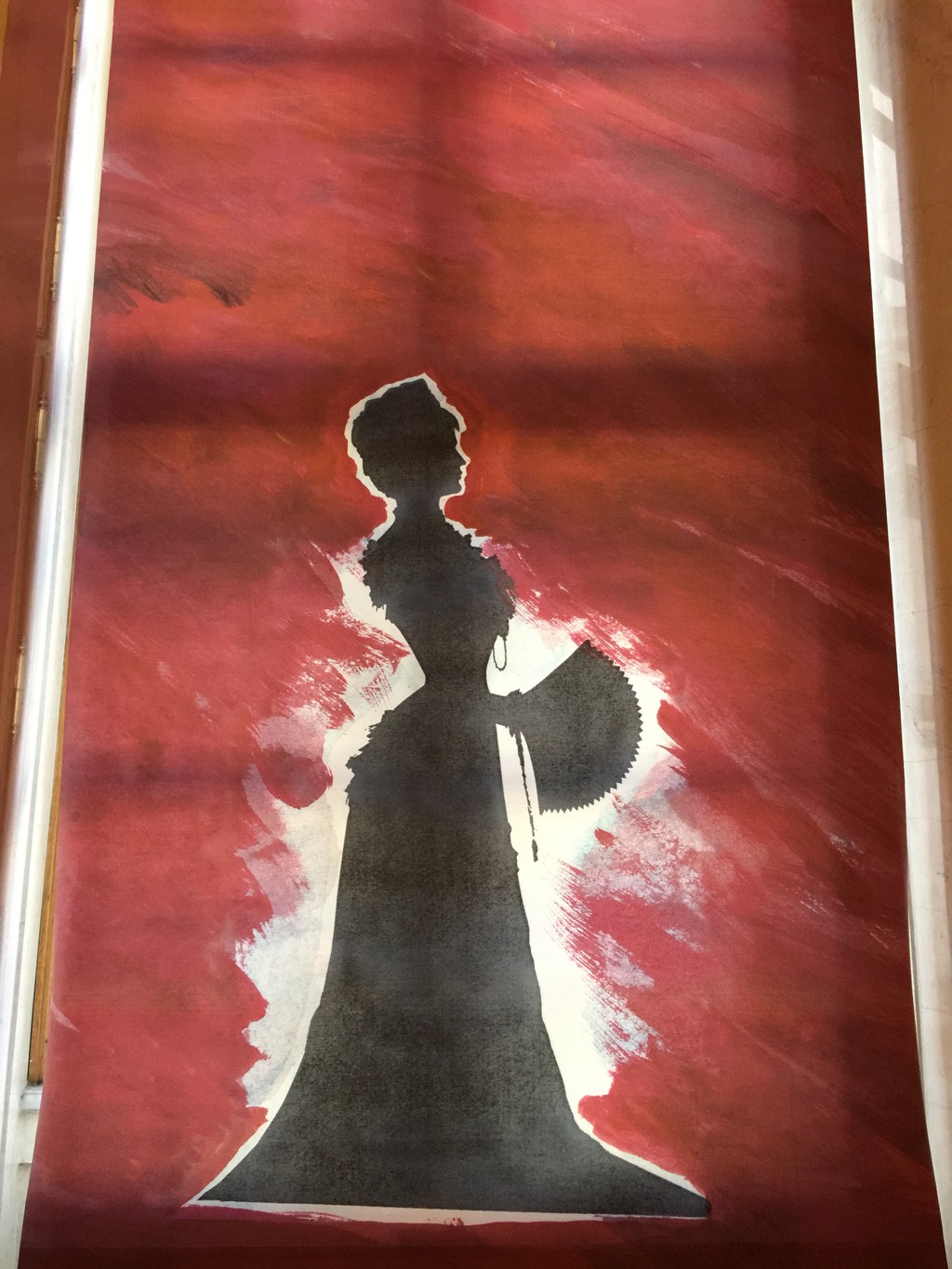 It is a popular attraction of the Hofburg palace that is full of history. The famous riding school is located in the Winterreitschule (Winter Riding School), it is a very ornate building. Visitors can attend one of the equestrian performances, but for this, it is necessary to book several months in advance. You can also attend one of the training sessions or visit the Lippizaner Museum in the Stallburg (stables). The museum exhibits a series of articles related to horse riding. Visitors can also see Lippizaner horses in their stables.

Other activities of the Hofburg include the performances of the Wiener Sängerknaben (a famous children's choir) in the chapel of the Schweizerhof. And another architectural wonder of the palace is the Prunksaal of the National Library, richly decorated, 77 meters long and with a collection of historical books arranged on wooden shelves along the walls. The majestic Prunksaal (the Library Hall) is true to its name with its monumental columns, beautiful statues, and magnificent ceiling frescoes.

Do you know Hofburg Imperial Palace? Share your opinion about this place.

View all Erasmus in Vienna