Hagia Sophia | What to see in Istanbul

Hagia Sophia is the one of the most visited museums and most prominent monuments in the world in terms of art and the history of architecture. It has also been called “the eighth wonder of the world” by East Roman Philon as far back as the 6th century.

The current Hagia Sophia is the third construction, done in a different architectural style, even though it occupies the same location as the previous two. The original building was constructed by the most important architects of the period (527-565), Anthemios (Tralles) and Isidoros (Miletus), under the order of Emperor Justinianos. It is mentioned in the resources that during its construction period, the two prominent architects each had 100 architects working under them, who in turn had 100 workers each working under them.

The construction of the Hagia Sophia began on February 23, 532. It was completed before long, approximately within 5 years and 10 months. It was then opened to divine service with a great ceremony on December 27, 537.

A Building Through the Ages

The Hagia Sophia (or Aya Sofia in Turkish) has gone from being a church, to a mosque, to a museum. It has survived wars and changes in empires. Do you think graffiti is a modern invention? Don't tell that to the Vikings, who sketched runes in the railings of the upper level during a visit while they fought for the Roman Empire. 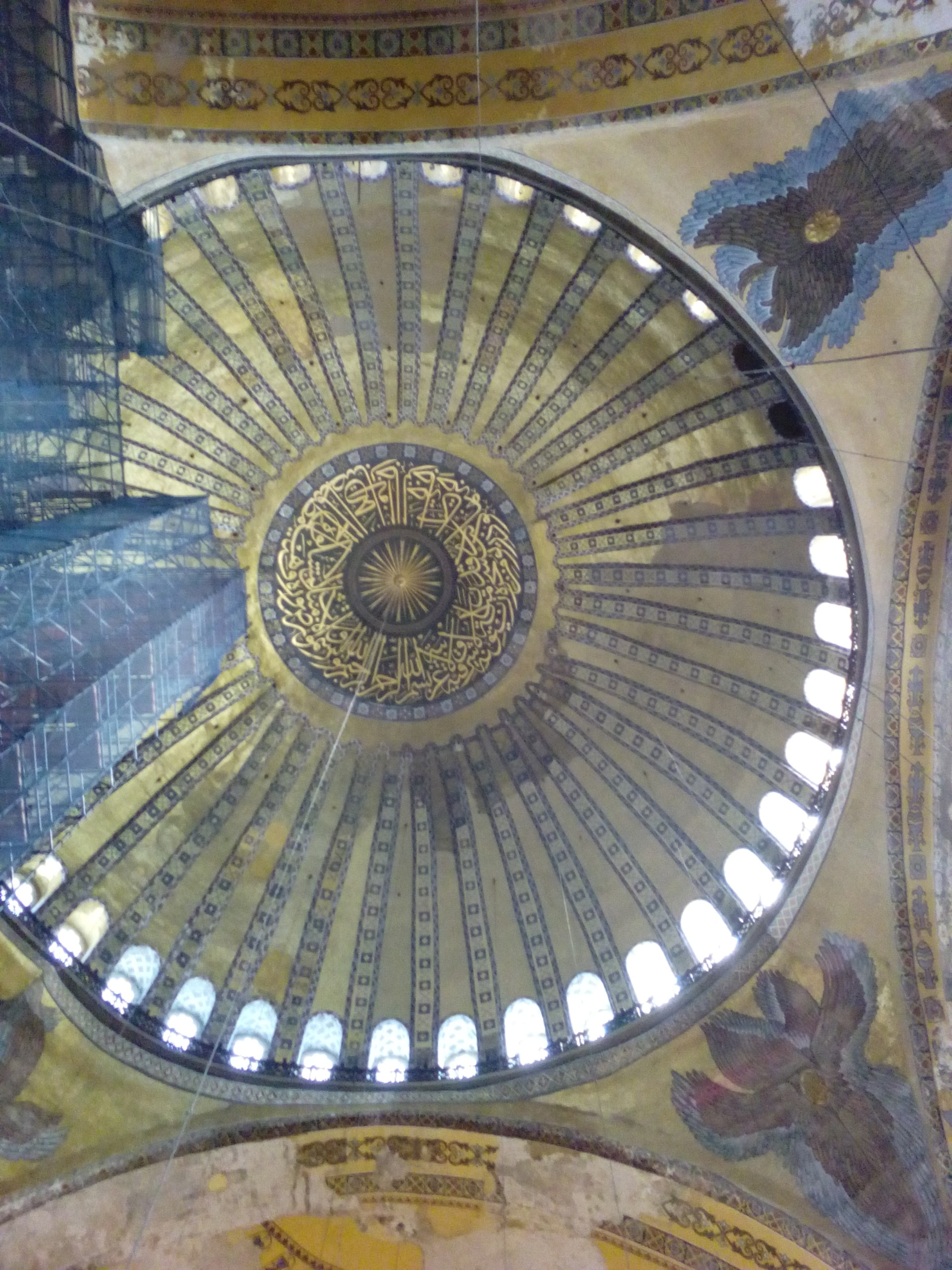 The sheer size of the main dome is magnificent. Make sure to look up to view the seraphim (six-winged angels from the Scriptures) who are located at the four corners of the main dome. Rub your finger in the hole of the weeping column and venture up the stairs past old tombs. Wonder at the mosaics, their gold tiles glistening, and view scenes from the Bible as well as depictions of the rulers who built and maintained this magnificent structure. 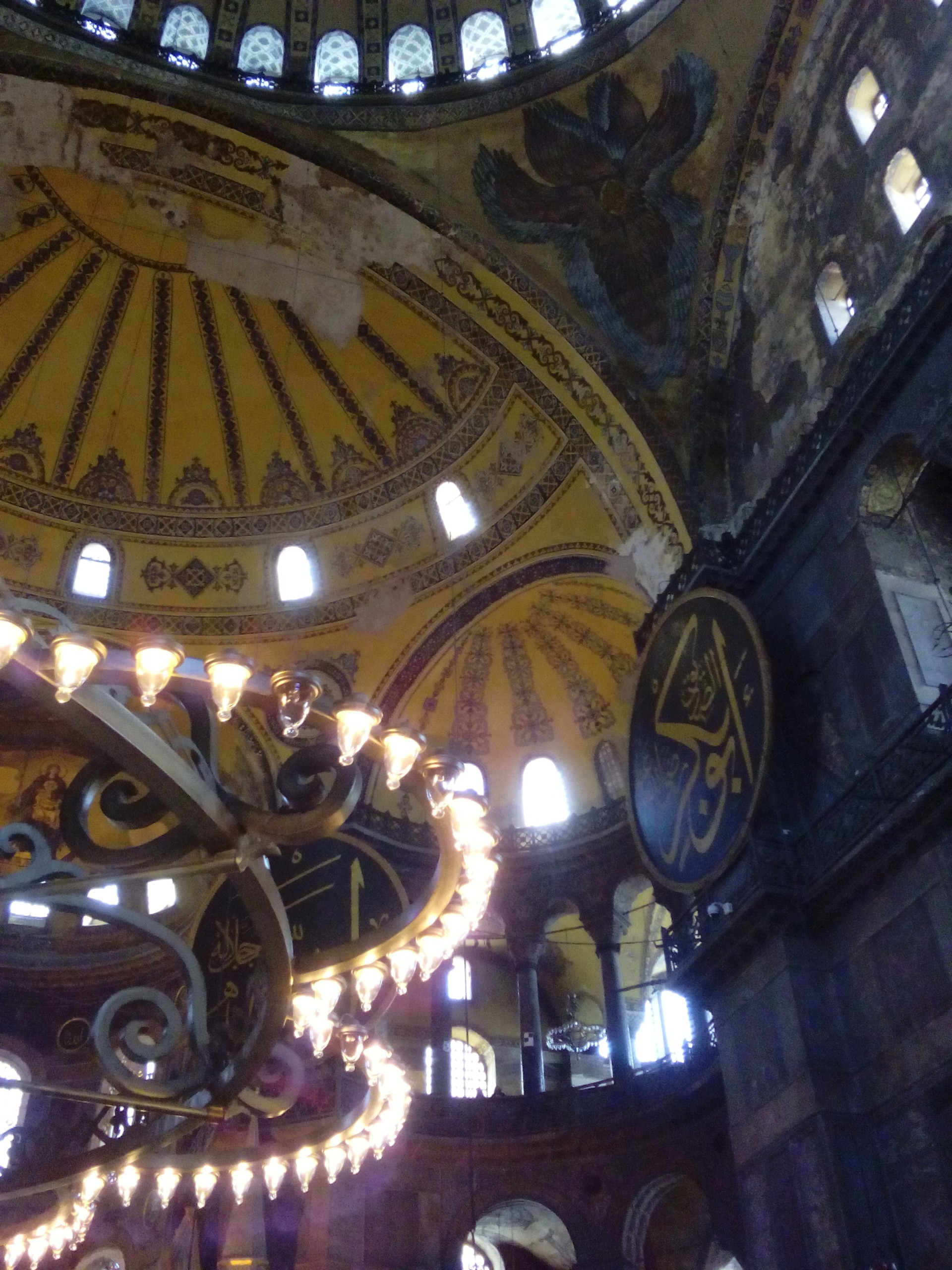 This gigantic building holds so much history, you can almost hear the ghosts of old emperors, warriors, and worshippers whispering to you their stories as you walk down each wing.

Istanbul has left its mark on the most important and world history, and is known from all over the world. The reason for this is both the world's most important Eastern Roman
and it is a very rare city that made the capital of the Ottoman Empire. For this reason, all the artifacts that have been made in Istanbul for more than 1,000 years are not in any city. they are the most beautiful and conspicuous works of the period. Of course, the Eastern Roman Emperor Justinian is the Hagia Sophia, the largest Orthodox Church in the world . Sultanahmet and Suleymnaiye mosque are among the largest religious structures of the period. Although Suleymaniye is far ahead with its structure and Dome size. Fact I prefer the Blue Mosque with its 6 minarets. Already visited many domestic and foreign trystin mosques in Sultanahmet Mosque according to Suleymaniye Mosque
that is a mosque. The construction of Sultan Ahmet mosque lasted 8-9 years by Sedefkar Mehmet, a student Barcelona Airport Transfer of Mimar Sinan. The glass is completely white inside and outside colored stone or marble was used. two smaller gates are entered by the side of the building, one of which is the main entrance. Great size its dome is as if it was placed on 4 marble columns. All interior decoration of the mosque has a variety of shades of blue color. Custom designed and woven there are machine rugs. the German fountain was already built at the end point of Sultanahmet Square. Many years after the Blue Mosque, the German Emperor Ottoman it was made as a gift to the emperor.

Do you know Hagia Sophia? Share your opinion about this place.