Wrocław | What to see in Wroclaw

A bit of ”Sherlock” searching

What to say about Wroclaw?

Let's go back in time, pretend we have a special device that can take us there. So, close your eyes and breathe deeply…

The street is dark, although the moon is shining. The tall and old trees are blocking its light. In the near distance there seems to be a strange shadow that is moving from one side to the next. Something is lurking in the obscurity. A blue, small glow pierces the air. The blue glow is shaking, it’s becoming brighter and brighter, as you walk towards it. The sound of a metal clenching against the cement makes your hair run up and your feet tremble. You are close and now you can see…It is one of the robbers caught by the law men and tied at the "Infamy Pole" in Wrocław. 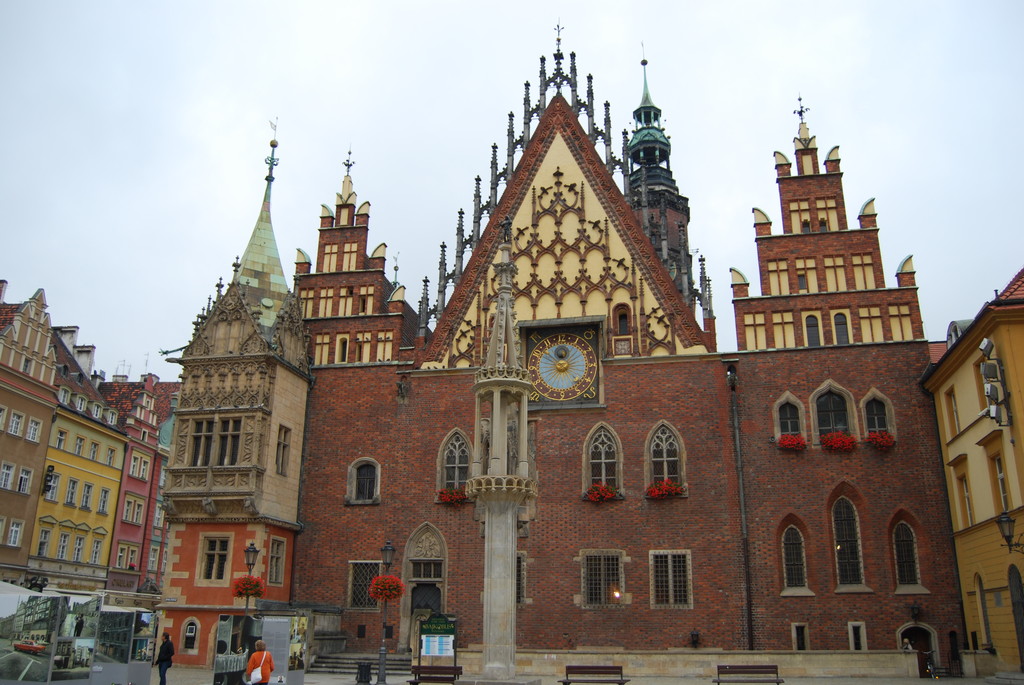 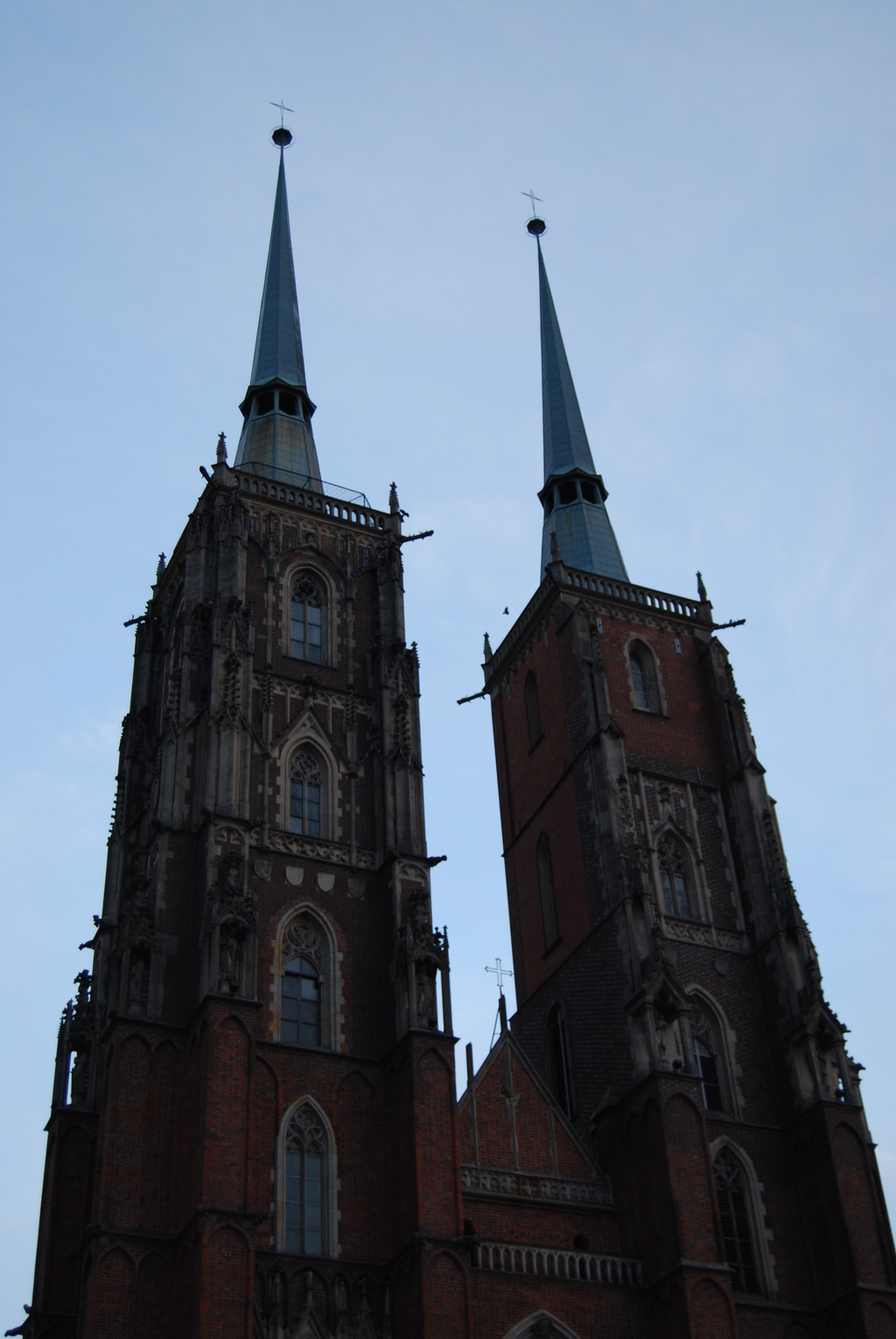 In front of the ancient city hall from Wroclaw, Poland one can see even nowdays the renowned, "Infamy Pole" where all the people who did not obey the law were tied awaiting their execution. This was a display of the strength of the law and it was meant like a warning for all those who had unclean thoughts. I got you there, didn't’I I? :)) Off to happier stories now.

For those of you who have the calling of the nature, you should know that the river Odra is really close to the center of the city and you can go there and touch the watter. In fact, one of the main attraction of Wroclaw are the spectaculos bridges. The city is actually called “The bridge Town” and here have started a lot of traditions. One of them is related to a “love ritual”. Couples all over Worclaw write their names on a lock and then they tie that lock to the bridge and throw the key in the watter. This symbolises the hope that their love will never end. 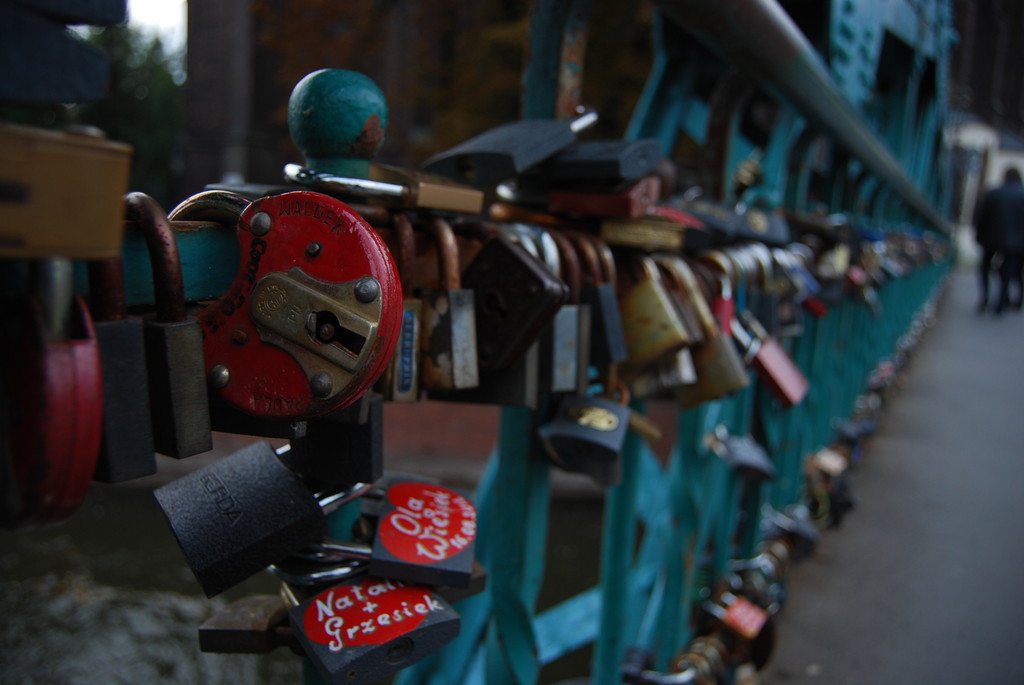 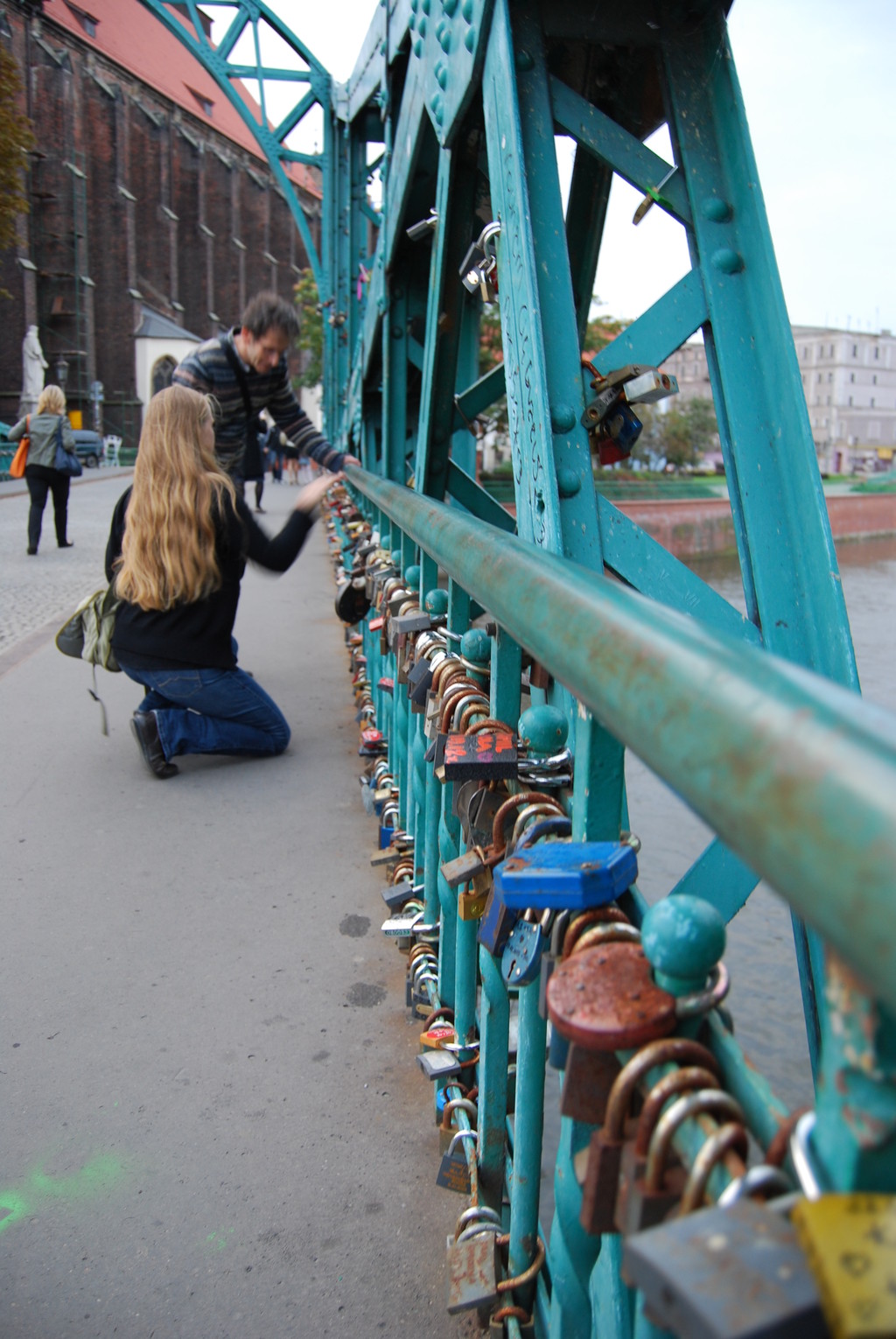 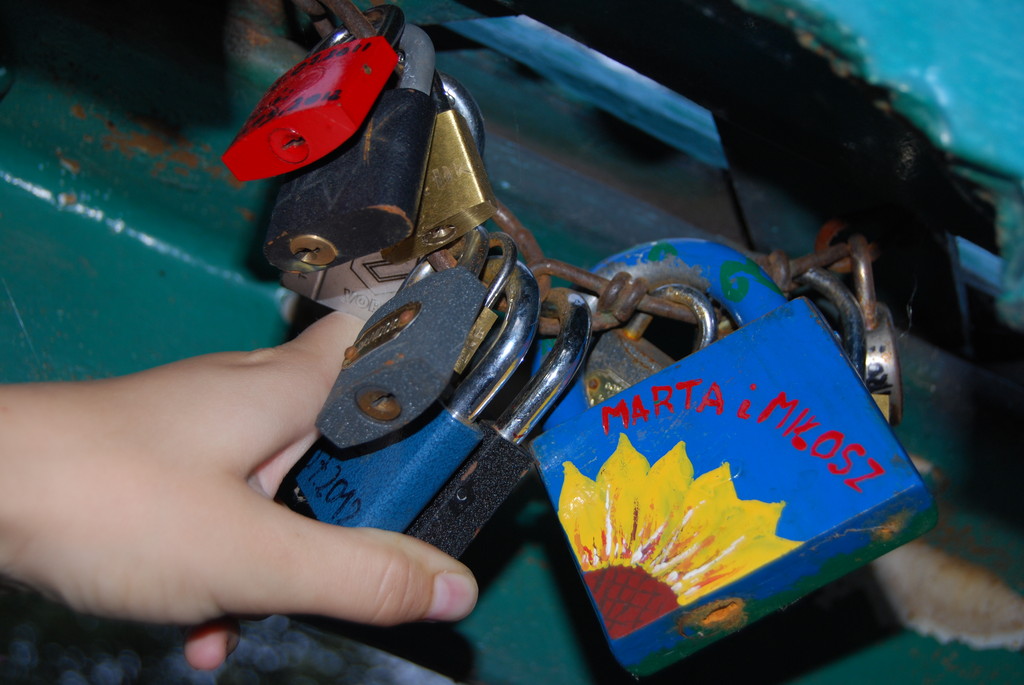 Now we are just walking in the city, looking around. The colourful buildings catch our eyes, of course. We stare at the architecture, at the various pubs where we can go and eat traditional meals or fast food and have a glass of natural juice or a bottle of piwo (beer). Our eyes just wonder off until we notice something in the corner of the street, under a bench, near a big building, it’s a …dwarf. 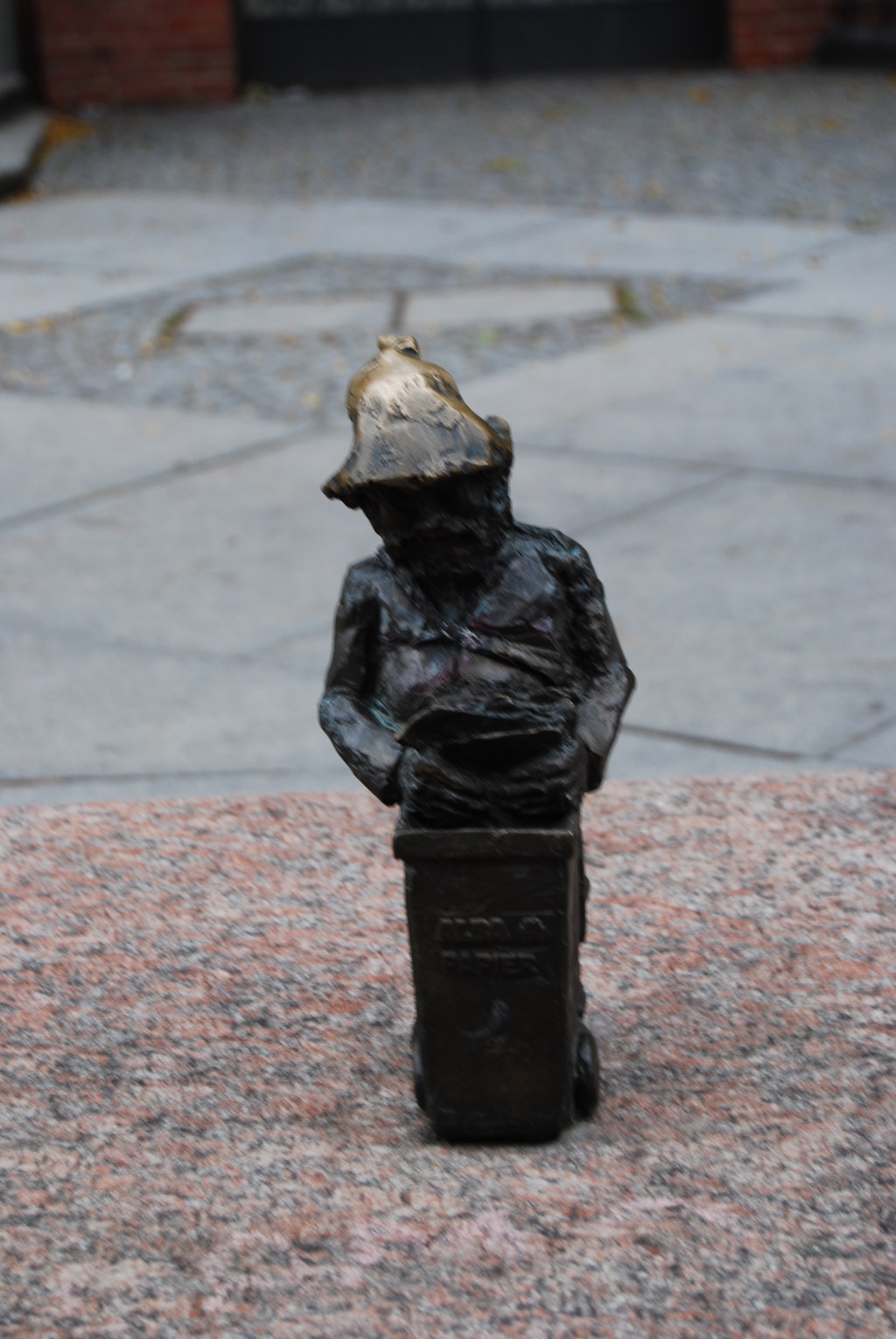 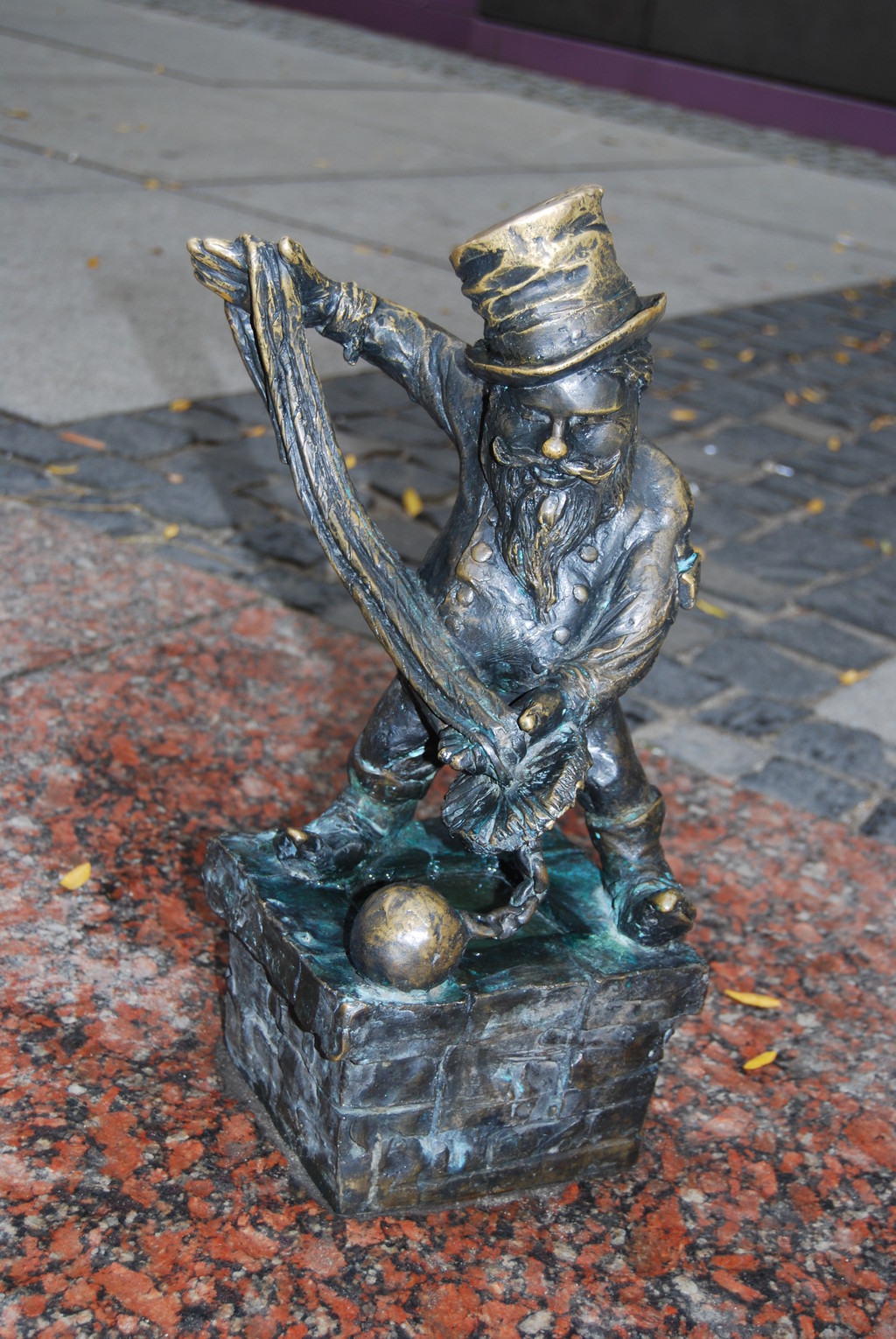 Wroclaw is full of them, in all shapes, displaying all the jobs that exist out there, that's why the city is also named the “Land of dwarfs”. Where do these small, but amazing creatures come from? 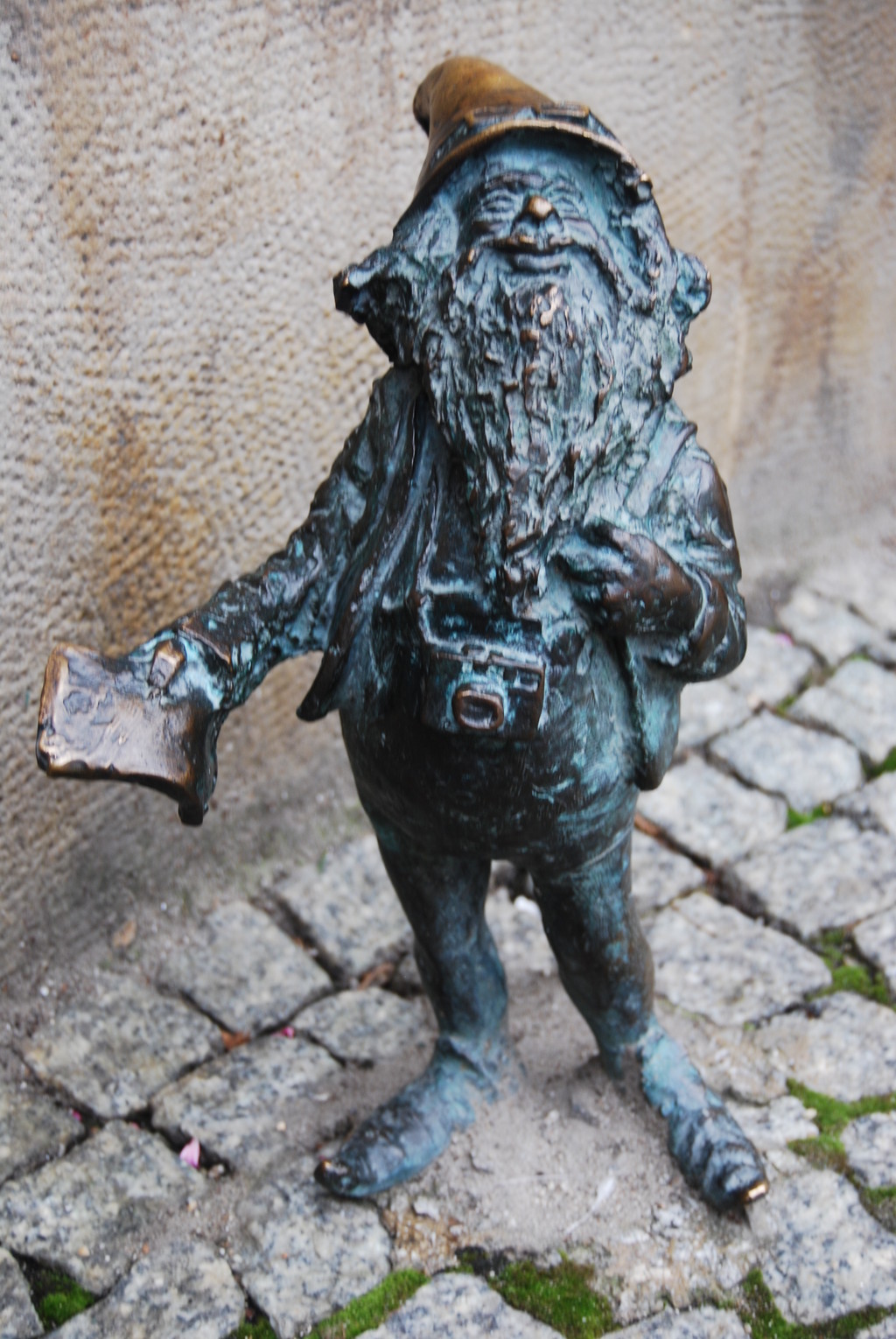 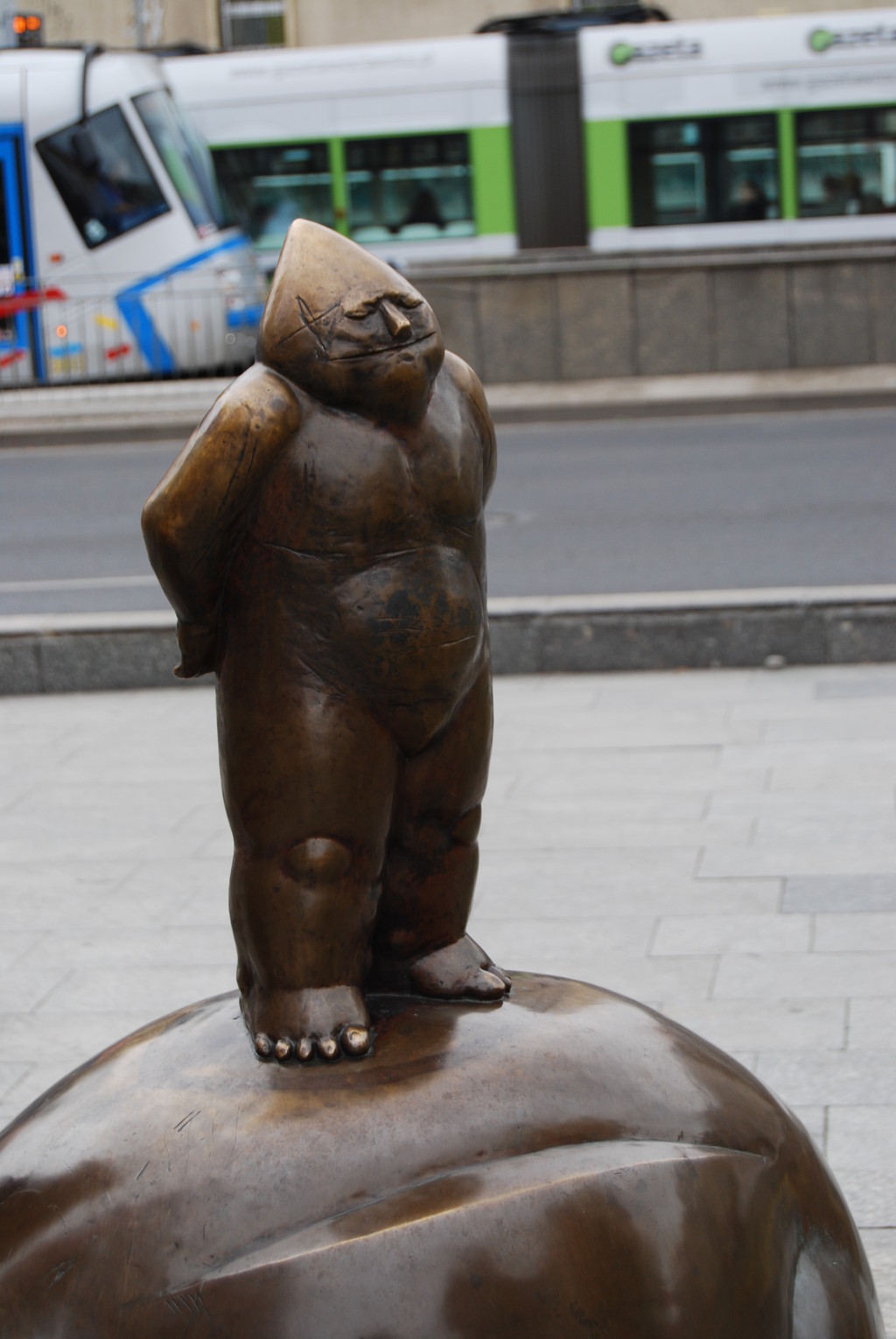 Well, the idea comes from the communist period of Poland when a new social movement, "The Orange Alternative” started to peacefully fight against the regim. They belived in the words of a famous polish poet called, Maria Konopnicka. She said ‘whether you want it or not, there are dwarfs in the world’. 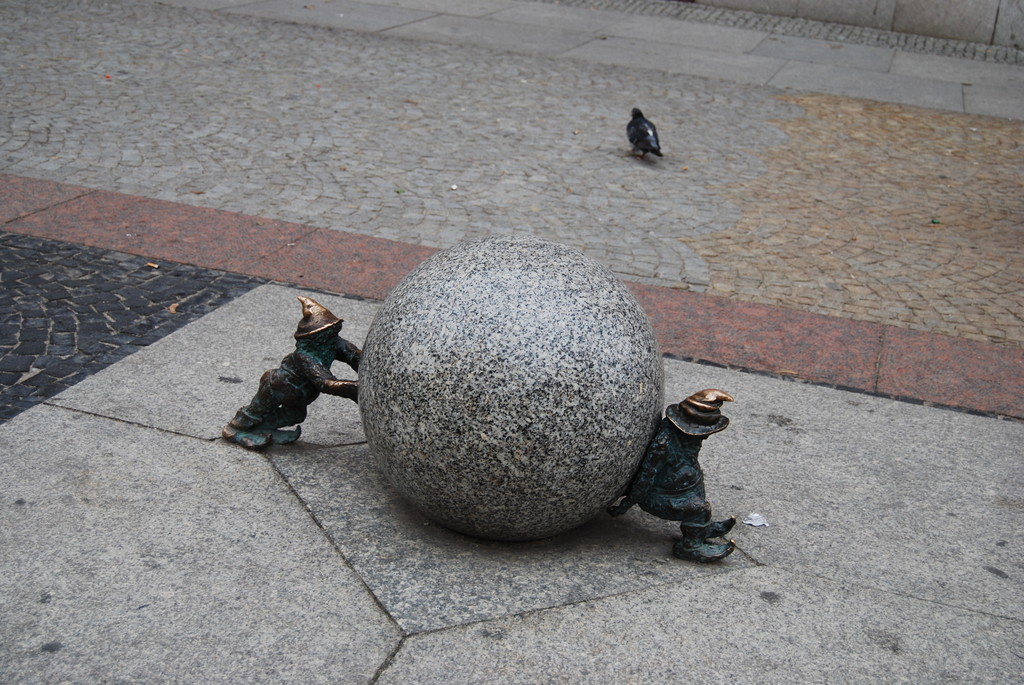 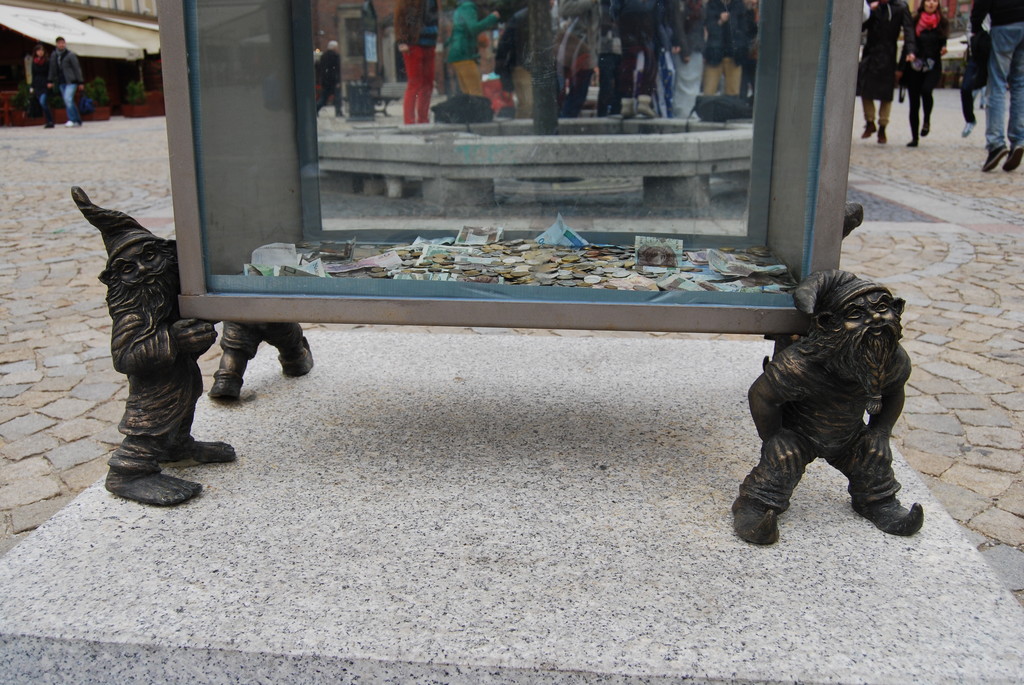 They say that in Wroclaw there are more than 200 dwarfs and I think, that for once the sayings are right. You can meet them all, from the sleeping dwarf, the smilling one, the fire-fighting one, the lazy one, to the biggest dwarf of all, the father of dwarfs : Wacek.

After you’re done chasing the dwarfs you must definitely check the Katyn monument. For those who do not know, during the Second World War (1939-1945), Poland was attacked both by Rusia and Germany, who were bound as allies through the Ribbentrop-Molotov pact signed at 23 august 1939. Nearly a year after this, the Russians did something awful, they tried to eliminate the polish intellectual elite who could have stood against their regim. They shot polish prisoners in the same manner that german’s executed their prisoners (in the back of the head with a Mauser) and buried them in the forests. These killings that started in the Katyn Forest (1940) and went around in different parts of Poland were called the “Katyn Murders”. In the memory of the people who died you can find a great monument in Worclaw: a statue of an angel that holds a sword in his hands, while at his feet there is a woman holding the body of her dear one. 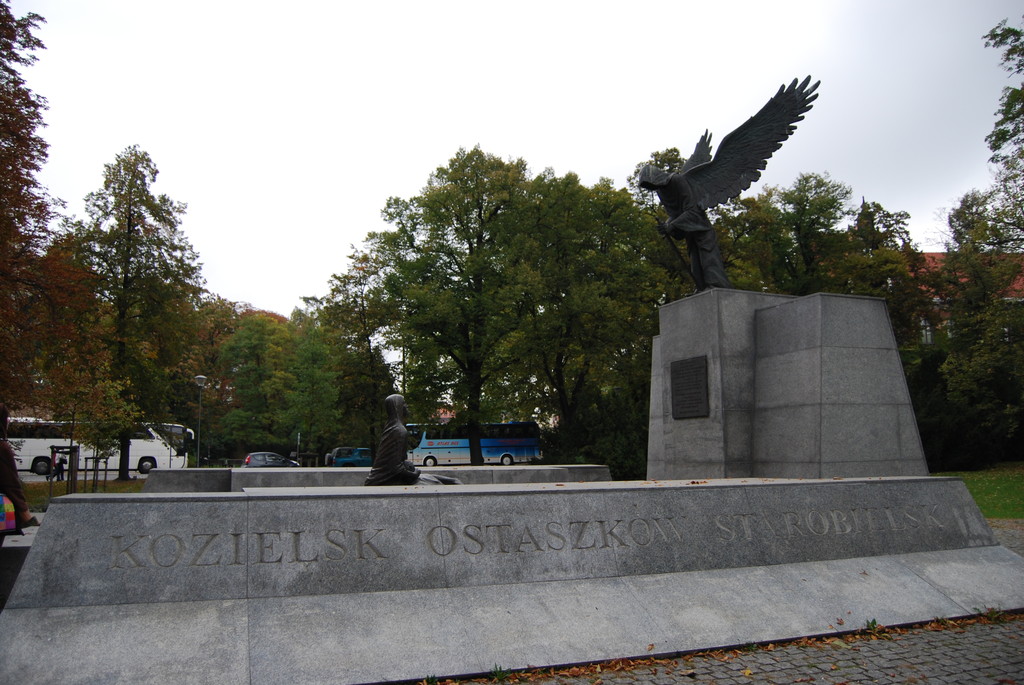 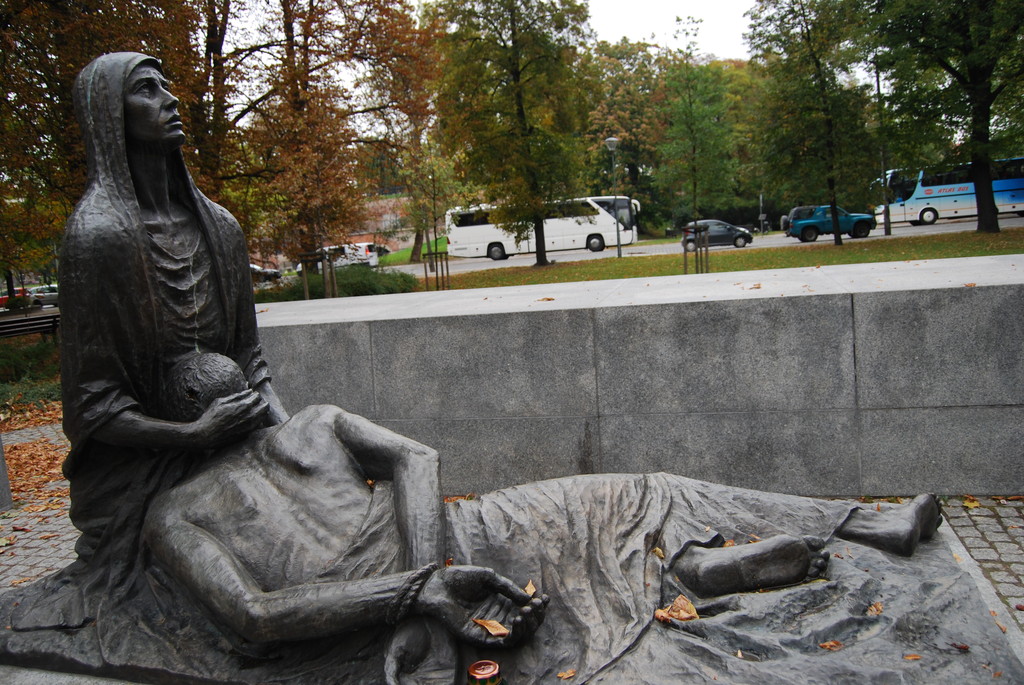 Other interesting place to see are the churches, lots of them, like every part of Poland.

Now you are leaving Worclaw and you decide to walk to the train station. You are walking and someone grabs you. Oh my God!

Do not be scared, it’s just a statue in the shape of a man or a woman. They are normal size replicas of humans and I must confess, I feel in love with one of them. 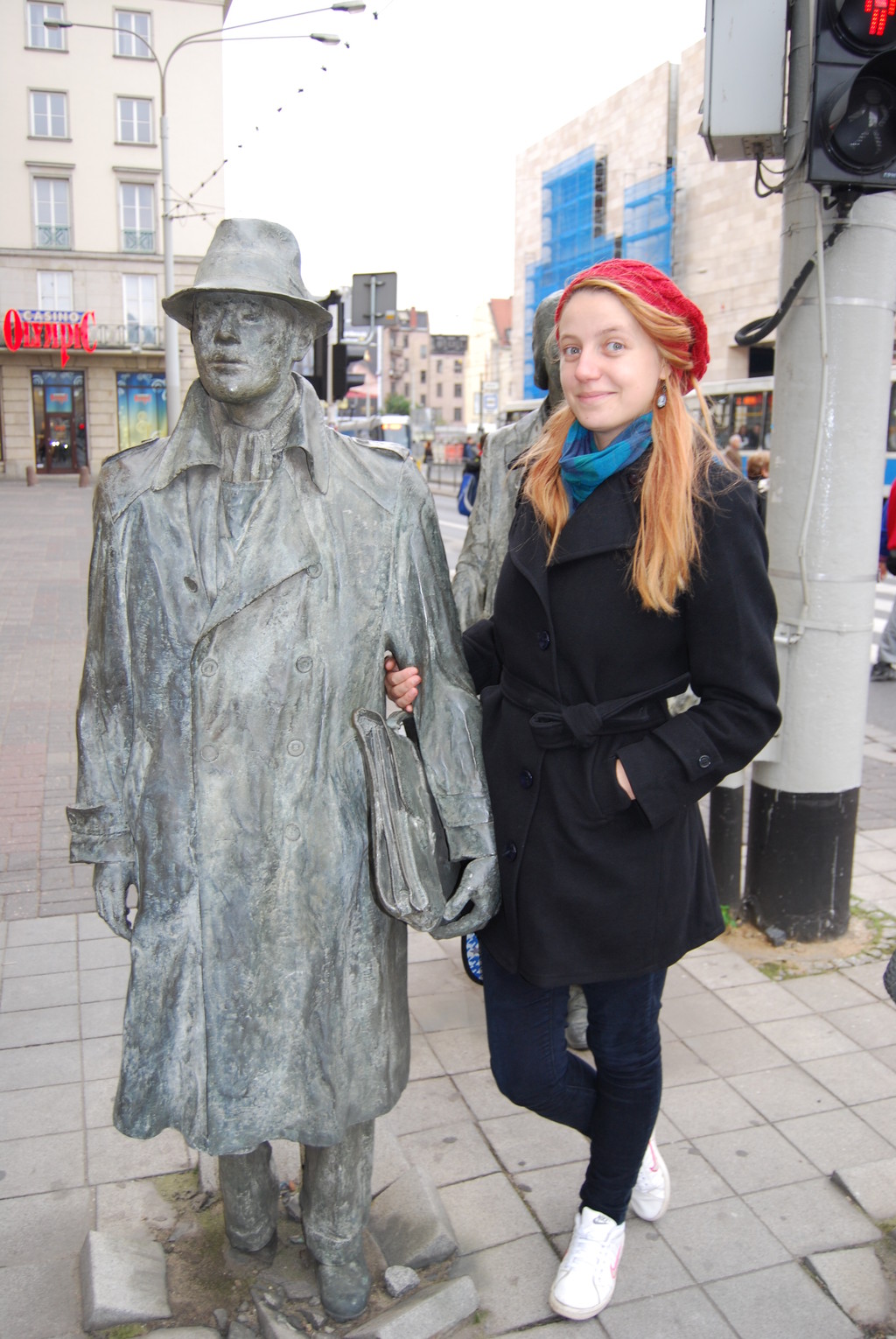 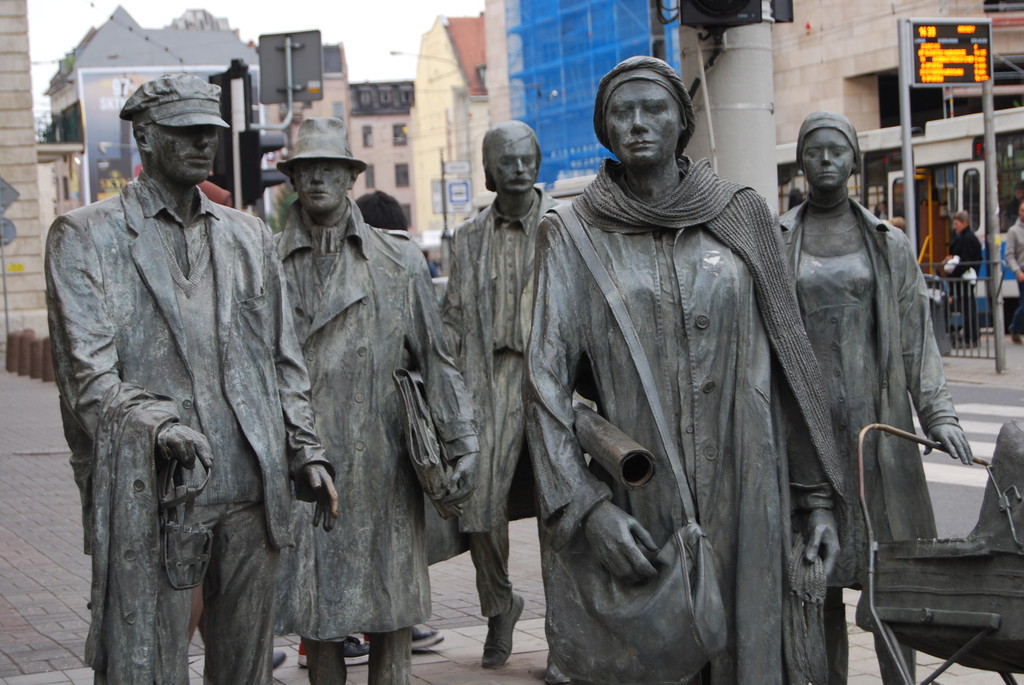 You’re at the train station…

Open your eyes, you’re back in your home chair, it’s time to pack your bags. You’re leaving for Wroclaw, tomorrow! 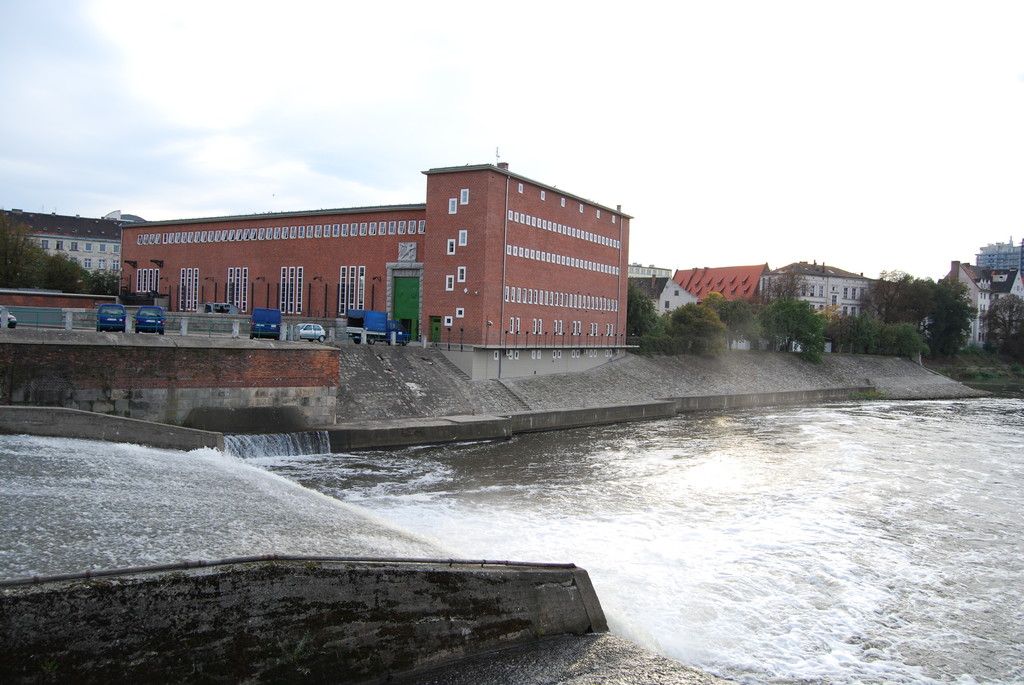 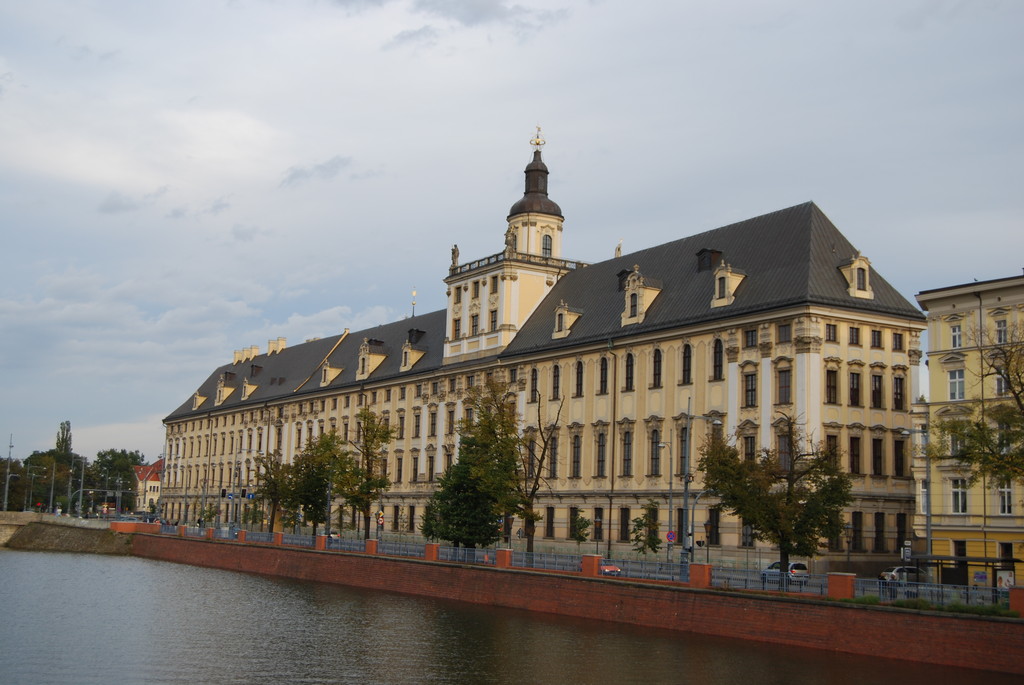 (Pictures made by my dear friend, Giorgiana Astefanei)

Do you know Wrocław? Share your opinion about this place.

View all Erasmus in Wroclaw