Ribs sculpture | What to see in Wroclaw 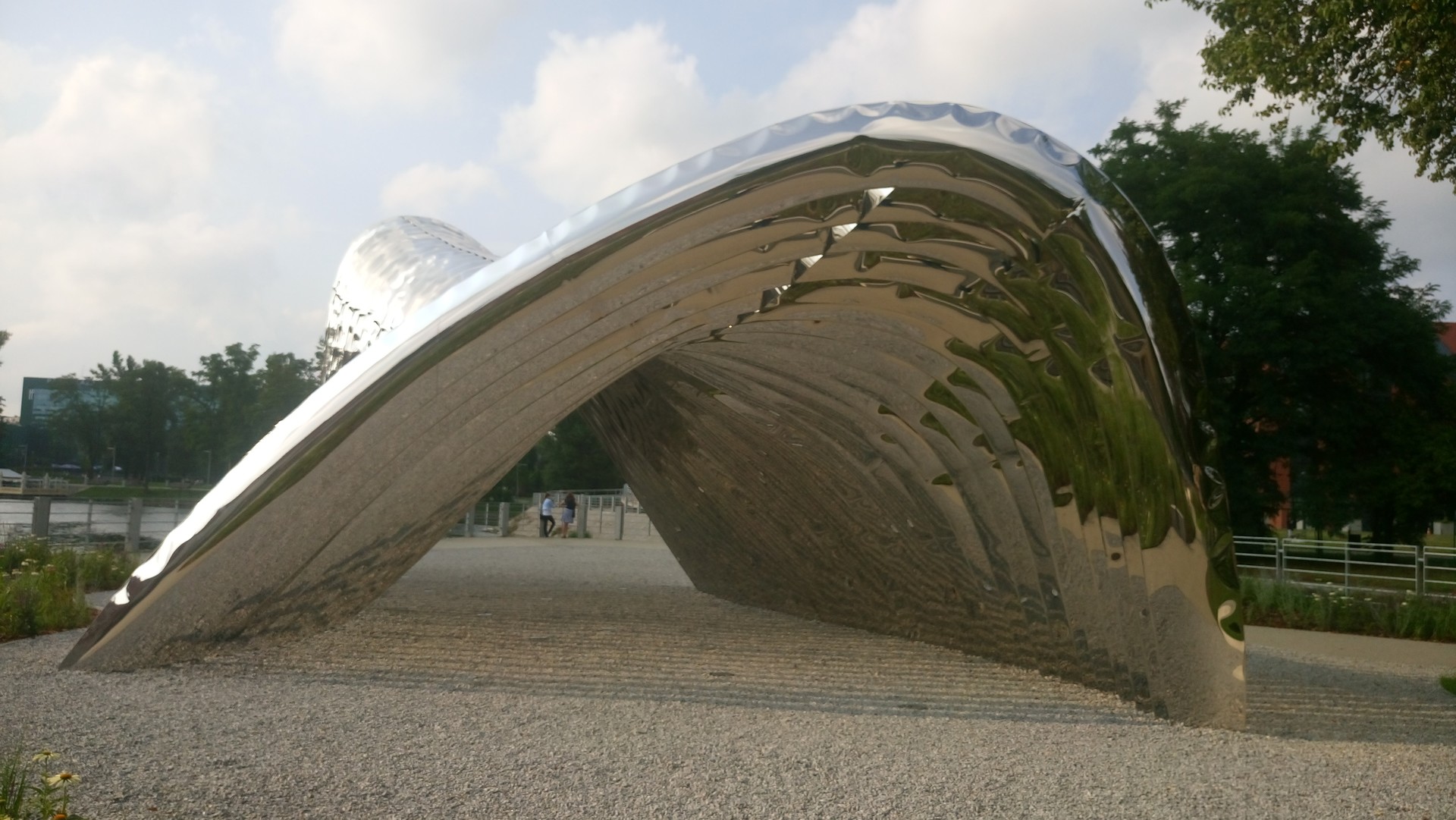 I can assume that each big city has some odd work of art hidden somewhere and here is one of them in Wrocław. It was finished not so long ago, I guess around two years and it was a controversy from the beginning. People couldn't believe how the city could spend more than a million Polish Zloty on a sculpture, especially that weird piece of modern art.

But it became quite popular and the sculptures attracts some tourists to walk through city's islands, placed near the Market Square, by the river. It is well-located, near Słodowa Island - a place known by young people as a meeting point or a place to drink (although consuming alcohol in public places is not legal and you can get fined). There are many "beach bars" placed by the river as well.

The sculpture stands on a small island called "wyspa daliowa" and is a big silver installation, reasembling ribs. The cool part about it is that sometimes you can see spaces between them but when you move around, they disappear and you can only see big, silver construction. You can also walk inside and go through it.

In my opinion, it's quite cool and worth seeing if you're walking through the city, especially that it's on the way to other touristic attractions. 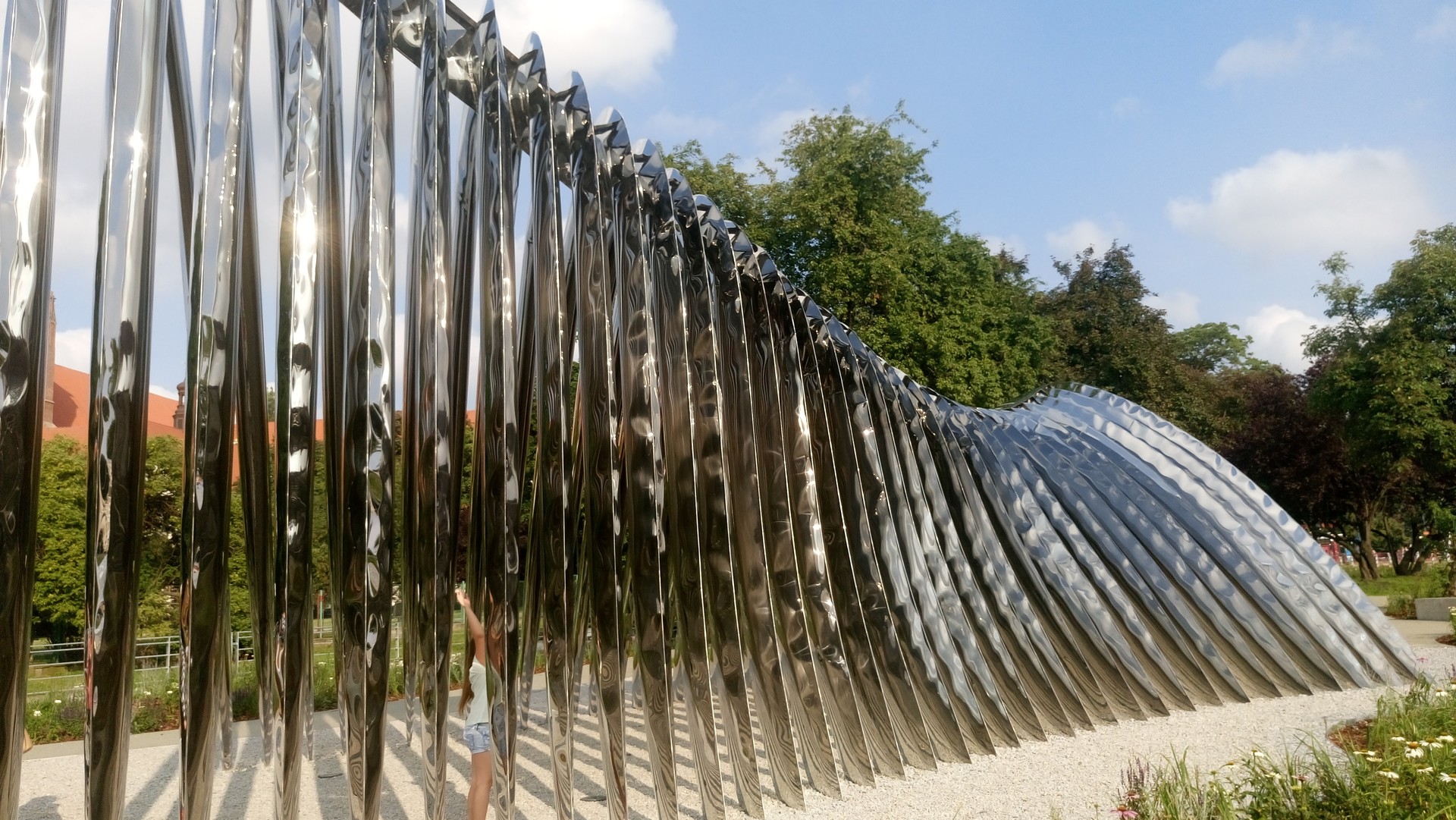 Do you know Ribs sculpture? Share your opinion about this place.

View all Erasmus in Wroclaw