Day Trip Journey to the Top of Germany

Recently, some of my friends have been asking about a picture that I have posted on Instagram. Most of them guessed places such as Jungfraujoch (the top of Switzerland), Mount Titlis, and even the mountain range in Austria. It was very unfortunate, but all of those guesses weren't quite correct. This picture was taken on the top of a country which is famous for its sausages and beers, Zugspitze, Bavaria, Germany. 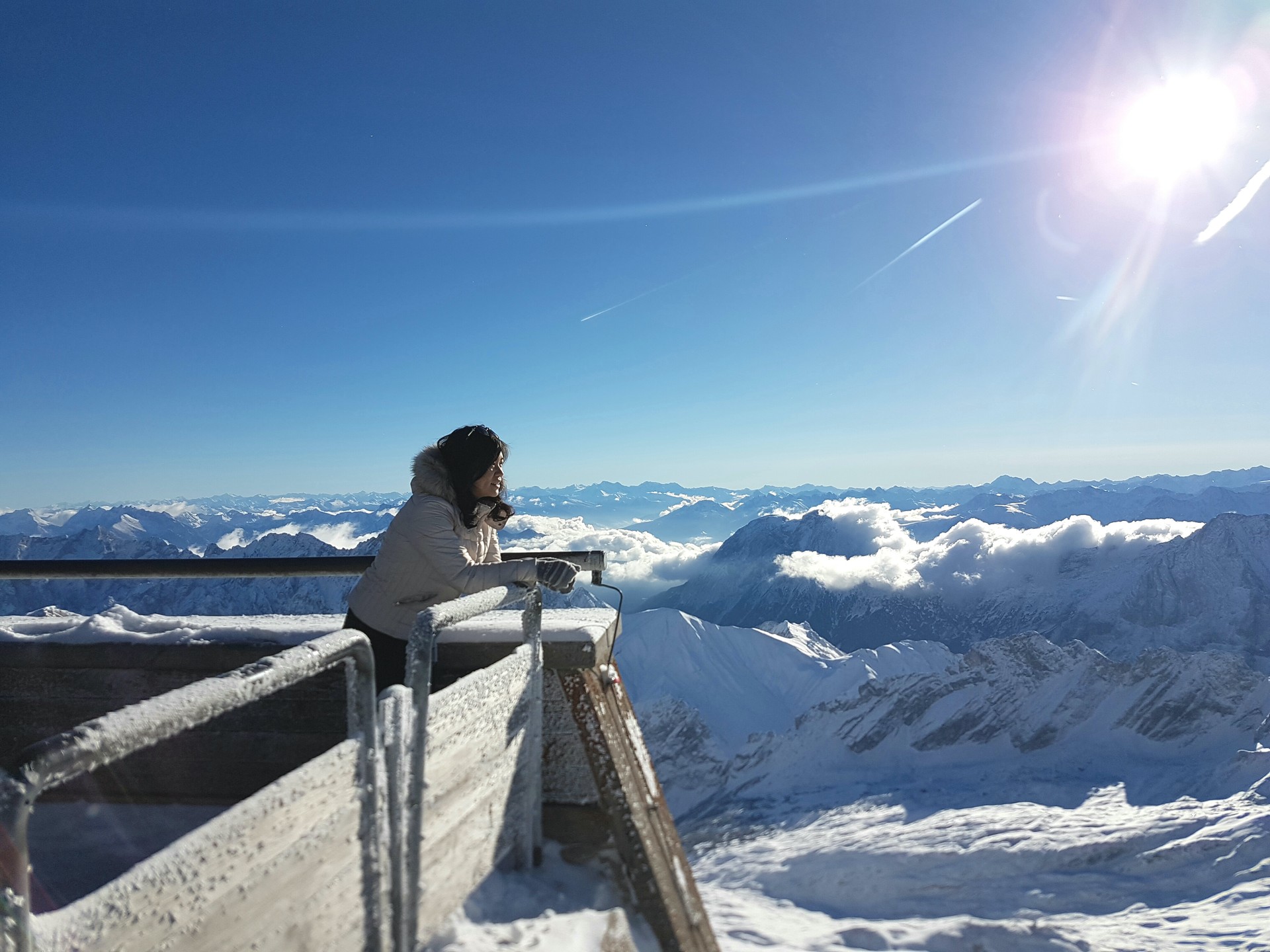 I really would like to share to the readers, that going to Zugspitze is as not as hard as you imagine. You would not require any assistance from tour guides or even joining a tour. Just be brave and believe in yourself! Not to forget to mention that language is not a big issue during your trip to Zugspitze. The employees speak fluent English and German people are cooperative and also friendly. Here’s a good news for the student! The price to get to the top is not as expensive as reaching the peak of Switzerland and it is something that is really worth visiting, not only for ski lovers!

The nearest way to get there from German is from Munich.

It took me approximately 80 minutes to get to Garmisch-Partenkirchen from Munich Central Station and the ticket costed 20 euro per person for a single journey. The train was scheduled for every hour, so you do not have to worry if you miss your train. But it is recommended to go in the morning since the train was always full with a huge crowd of people. 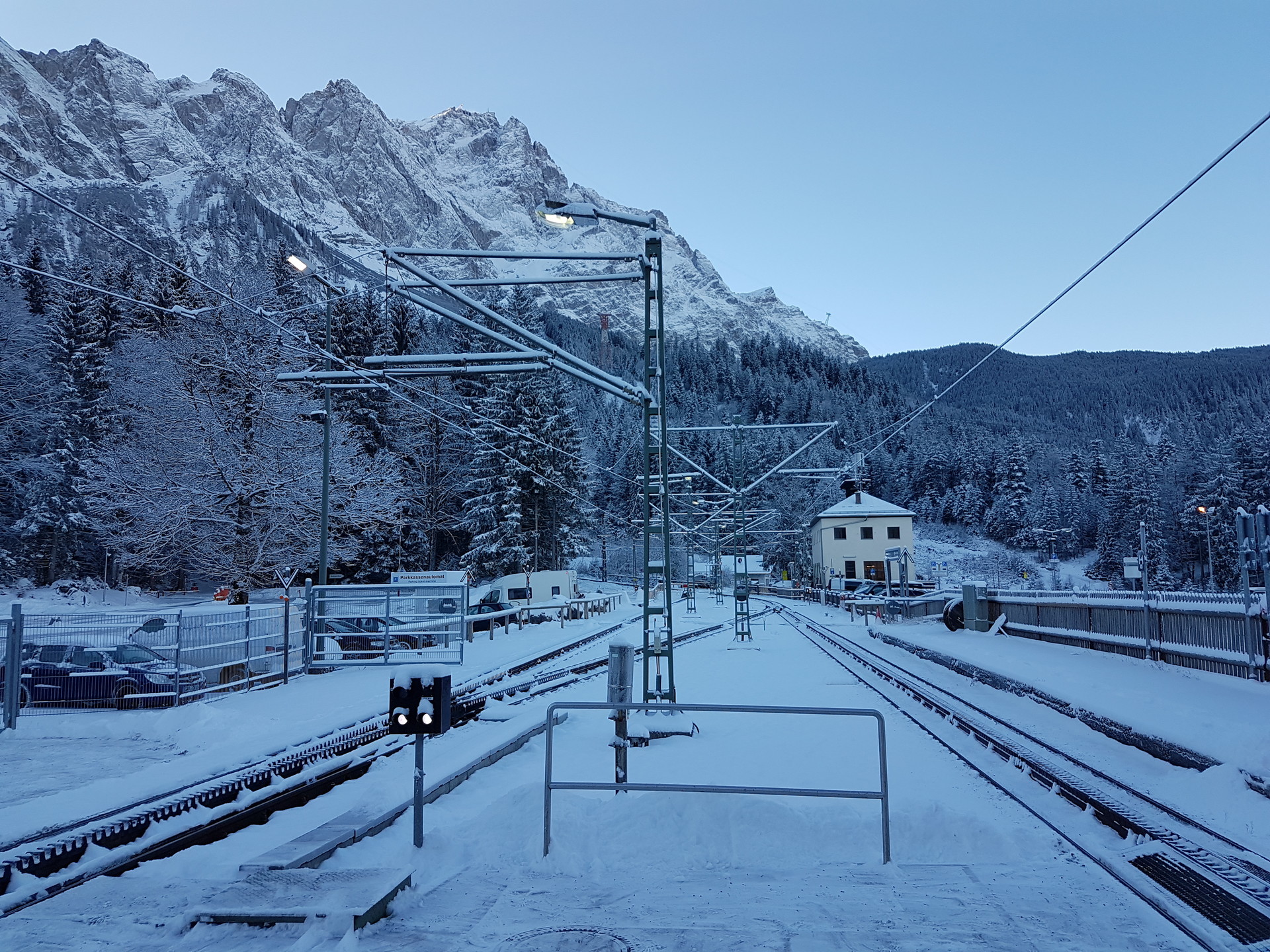 I left Munich Central Station at 6 o’clock in the morning, thus I couldn't enjoy the view that time. As soon as I stepped out of the Garmisch-Partenkirchen station, I was a bit confused of the way. I just followed the signs which the crowd also followed and it only took 5 minutes to get to the station for the train that would take me to Zugspitze. Here they offer a full-day ticket journey around 45 euro per person, which included a round-trip with the cogwheel train and also the cable car ride to reach the top of the Zugspitze mountain. So far everything went okay, since the weather forecast predicted that it was gonna be sunny the whole day and no sign of snow storms. 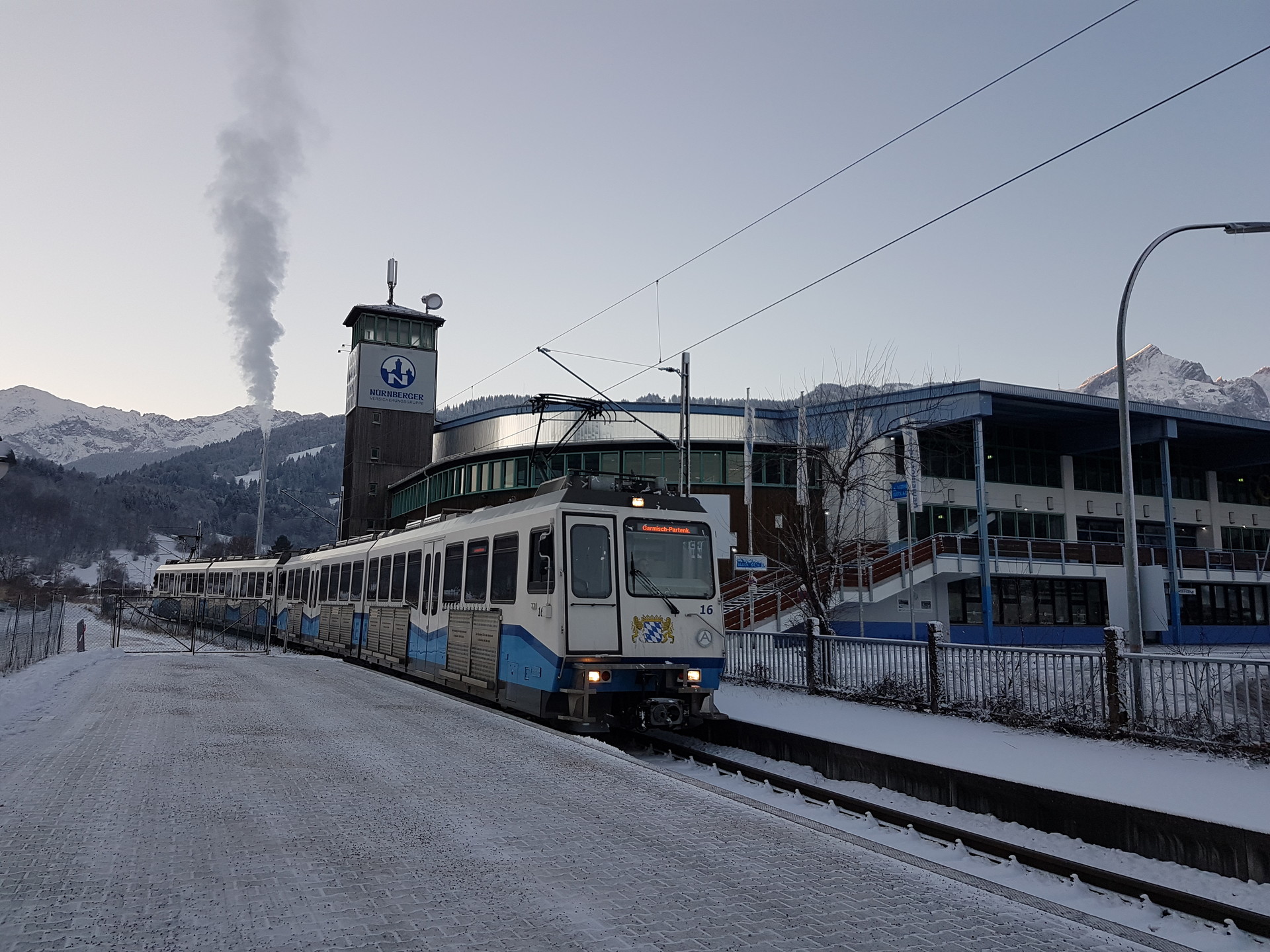 There are several ways to get to the top of Zugspitze, but I preferred to take the train until the Eibsee station and then take the cable car ride until you reached the top of the Zugspitze. 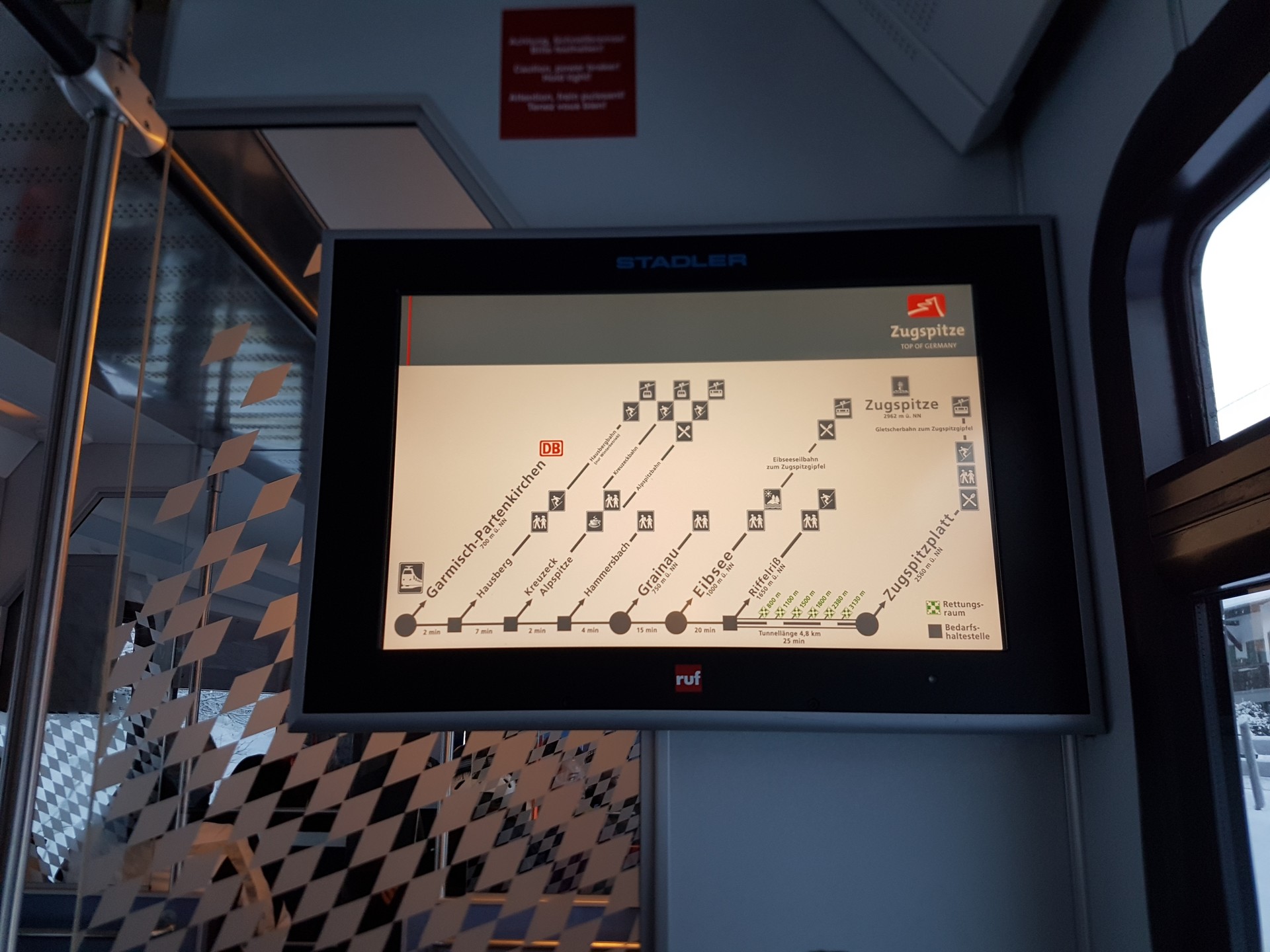 Coming from someone a tropical-seasoned country and have never experienced winter, the view from the train was magnificent. Snow-covered trees, children playing snowballs, even snowmen made me smile since it was depicted exactly the same from books that I read in my childhood. 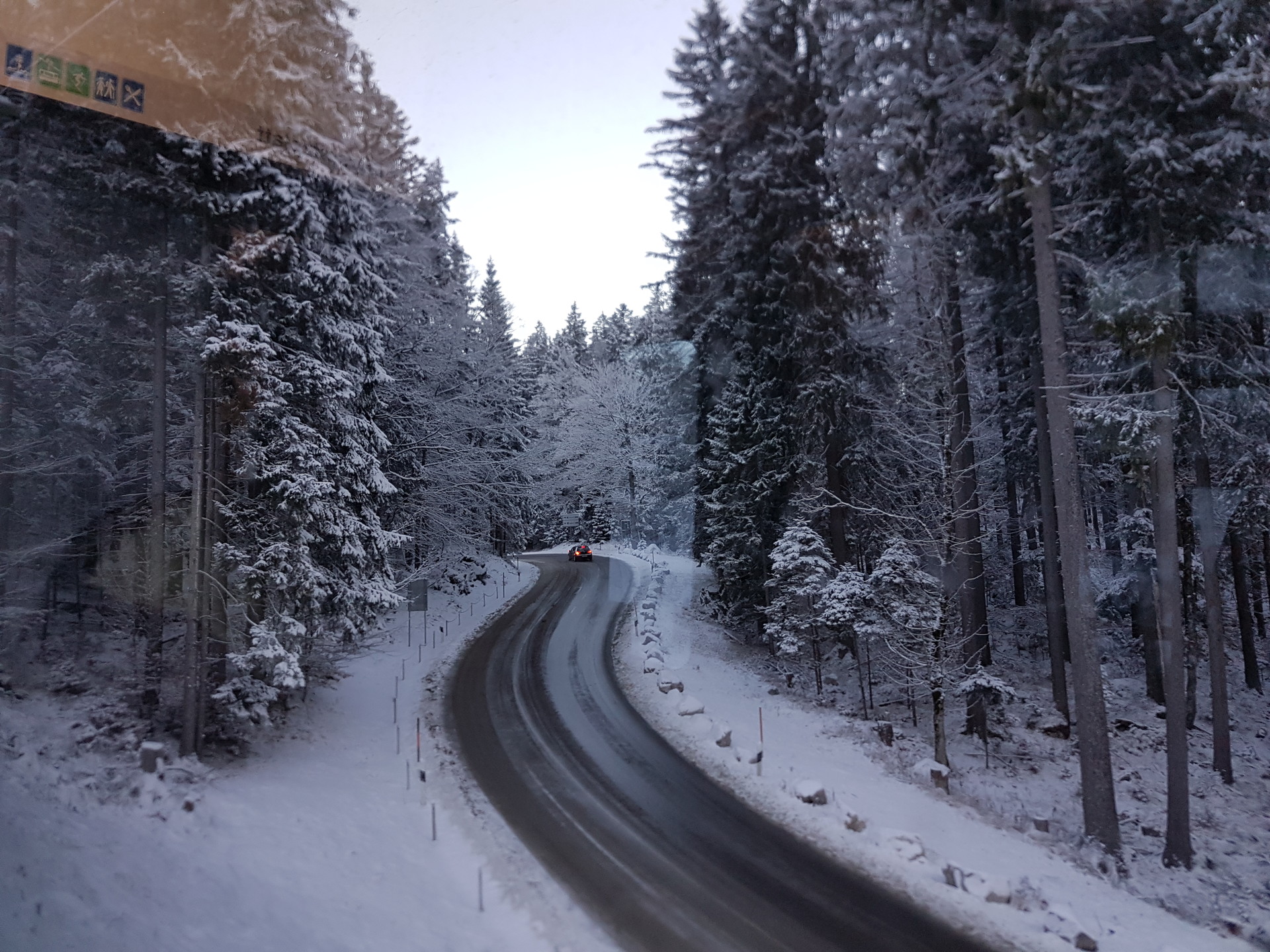 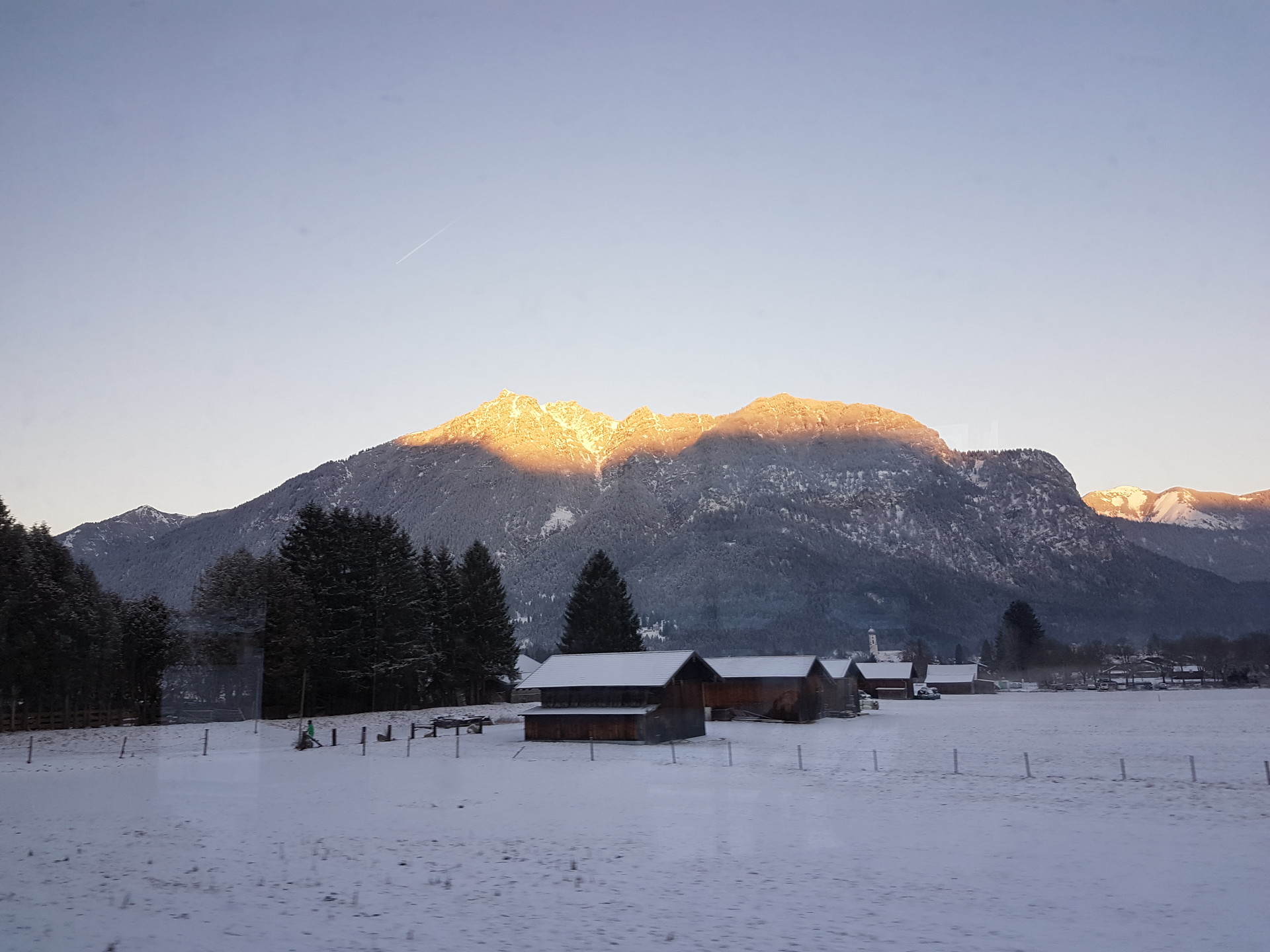 After a few minutes’ ride in the Seilbahn, I arrived at the Eibsee station, looking all white and cold because of the snow. Unfortunately, there was no sign that showed the direction to the cable car, which was confusing at first. But then an employee showed us the way to the cable car, which was signed with the word “Seilbahn” (the German word for cable car). It was actually located just across the Eibsee station and it was easy to be spotted. It took around 5 minutes’ walk (I did 10 minutes because it was slippery) and then I had to wait for my turn to take the cable car ride. 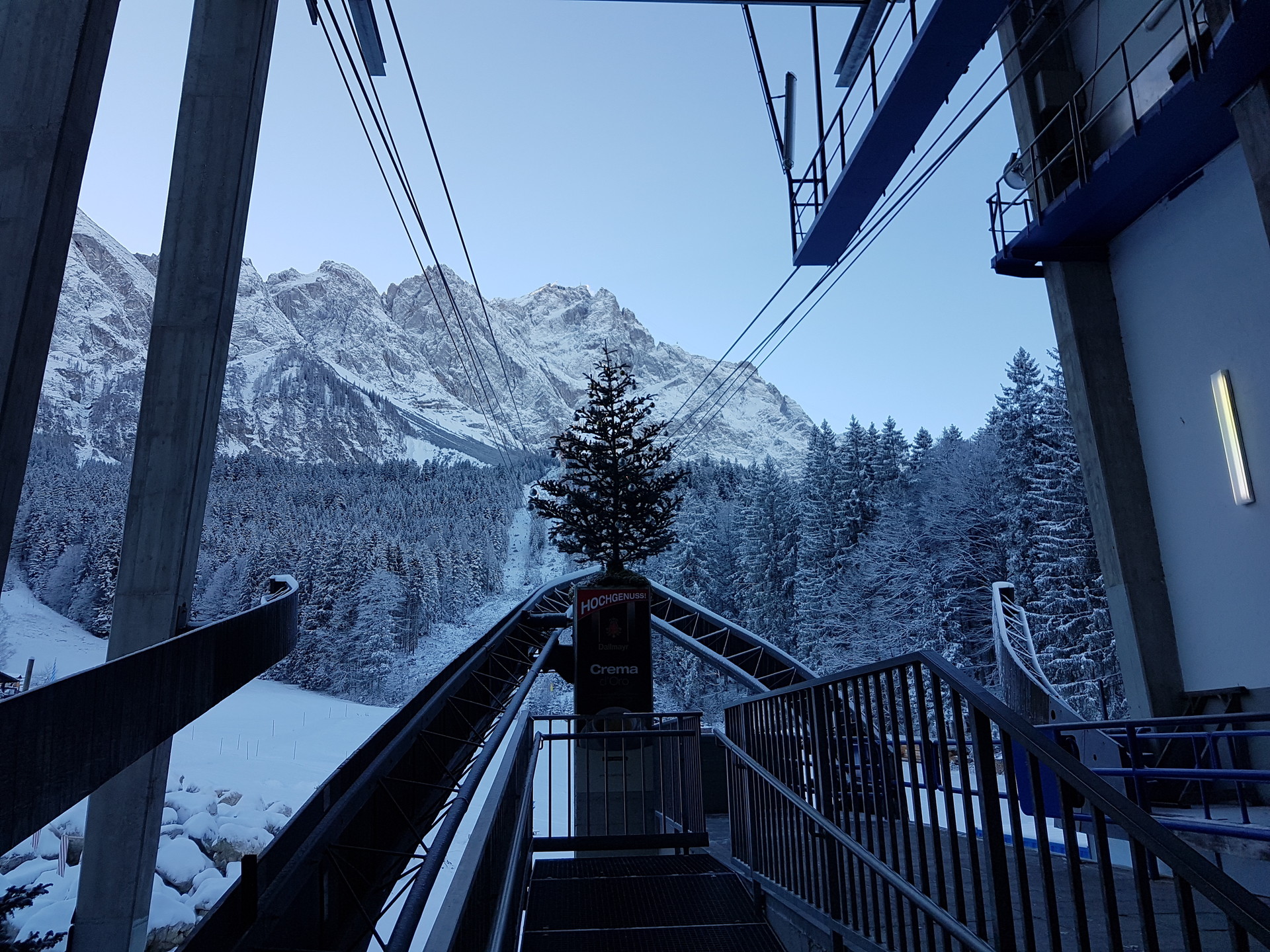 The cable car looked a bit old and it was covered with ice and some condensation from the cold weather. Sadly, I was unable to take any decent picture during the cable car, since it was really crowded. As a person that is afraid of heights, it was a brave decision to take the cable car ride to reach the top of Zugspitze. At first, I thought the cable car was a four-seated place, such as we can found in merry-go-round. Well, it wasn't! It carries around 30 people and we have to stand among them and wait until we reach the top. I do not recommend this for anyone who have acrophobia since it was a 15-minute bumpy ride to the top.

After I reached the top, I just followed the sign that showed the direction to the top of the mountain. Do not worry if you cannot find it, the employees would happily show the directions to the viewing site. Not forget to mention, at that time the temperature was -15°C. Normally I prefer to stay at home with a blanket on, but I could not bear my excitement and kept on going. After a few minutes of stair climbing I stepped outside into the viewing site…my mind was blown. The sun was shining, mountain range covered in white powder, and also topped with the amazing blue sky and cloud. It was beyond spectacular, definitely the best view I have ever seen in my entire life. 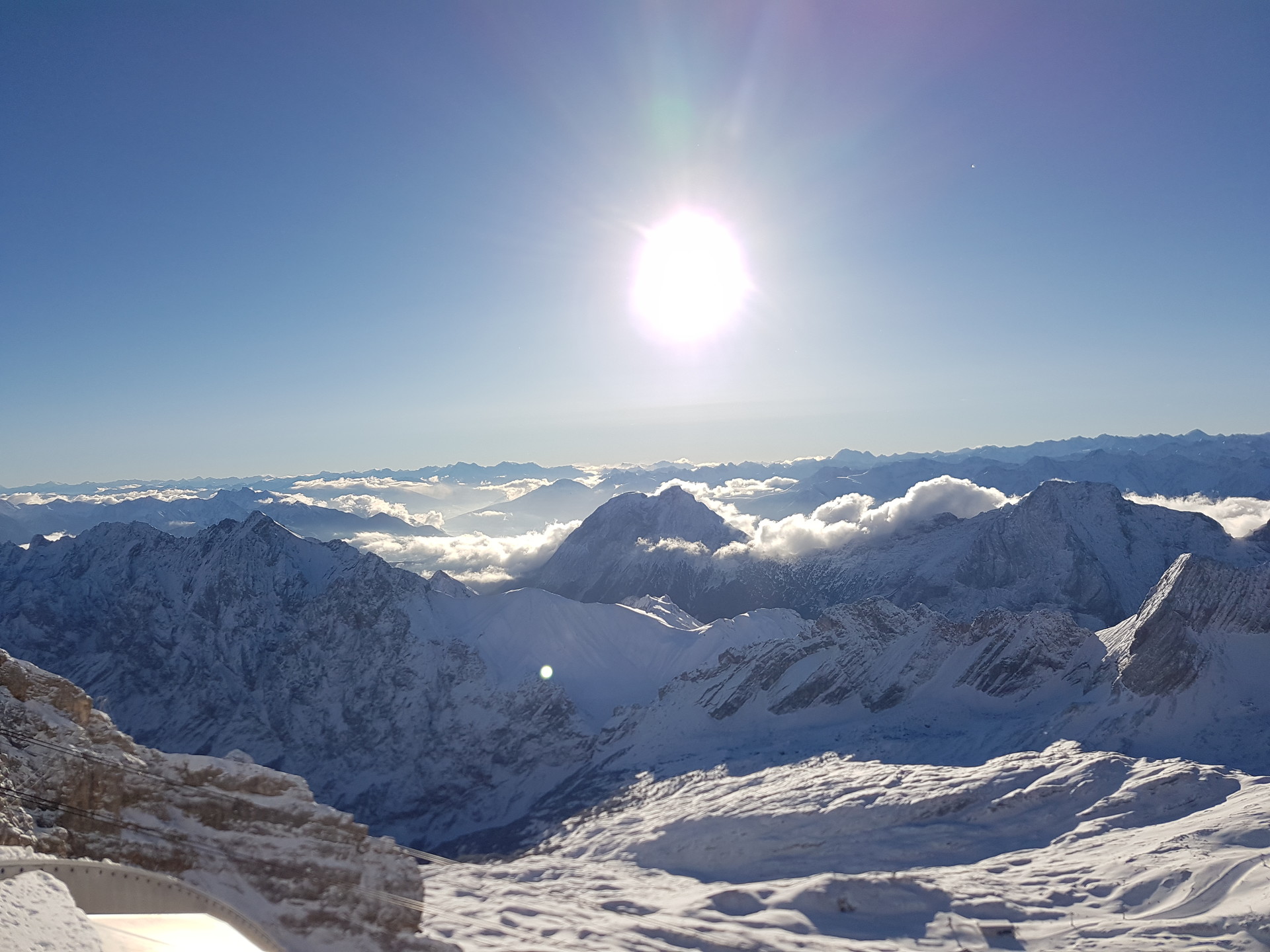 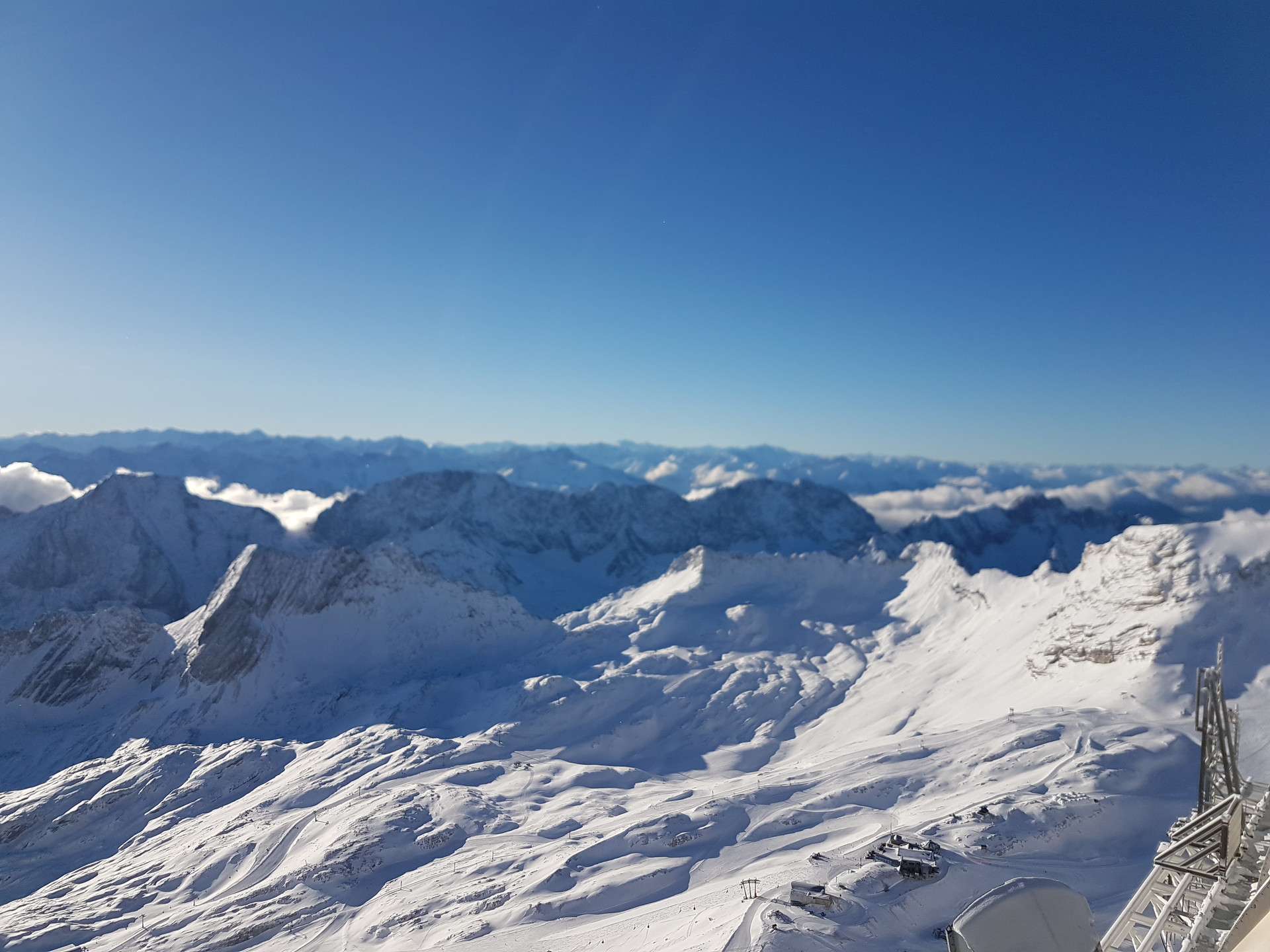 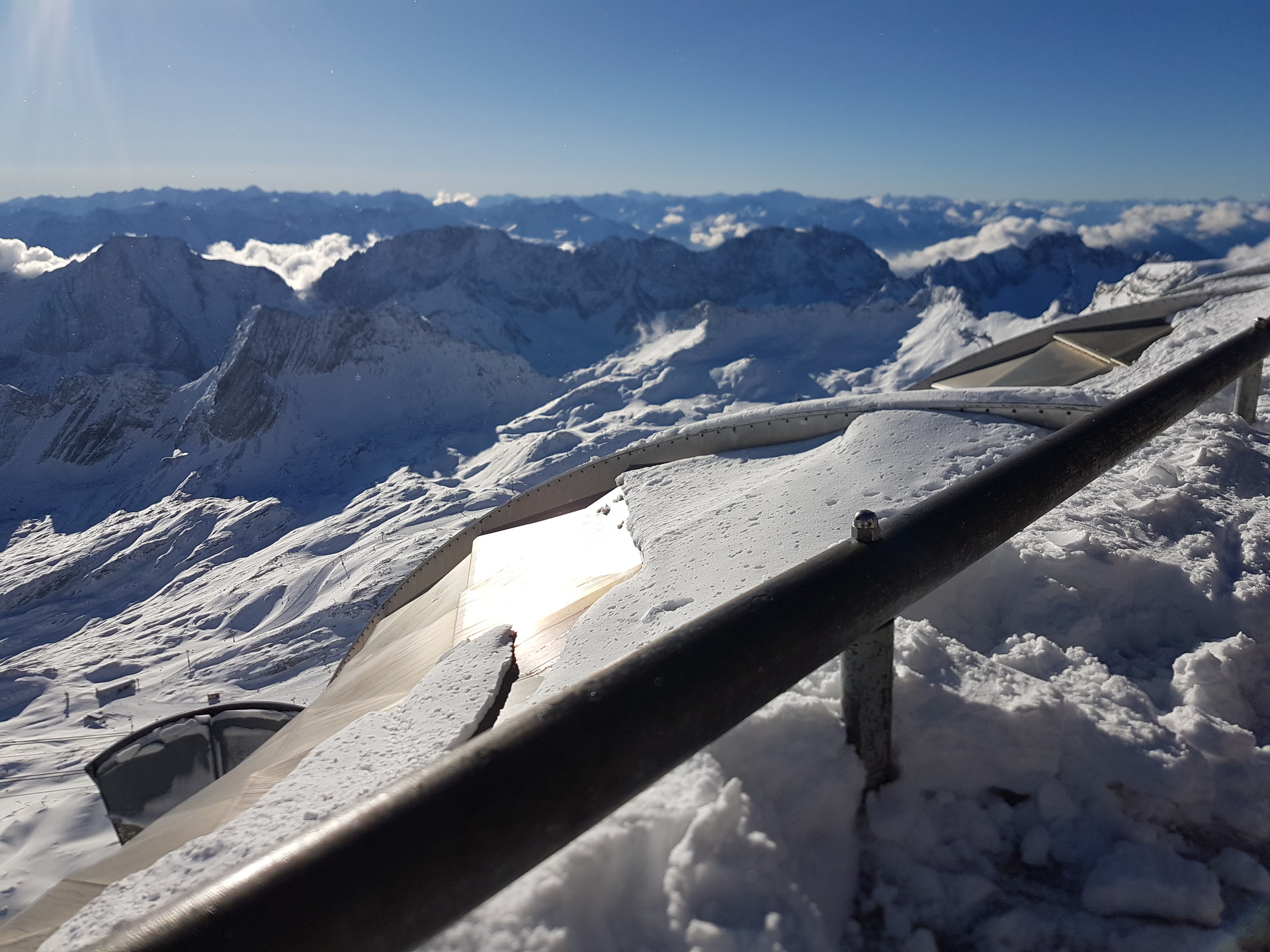 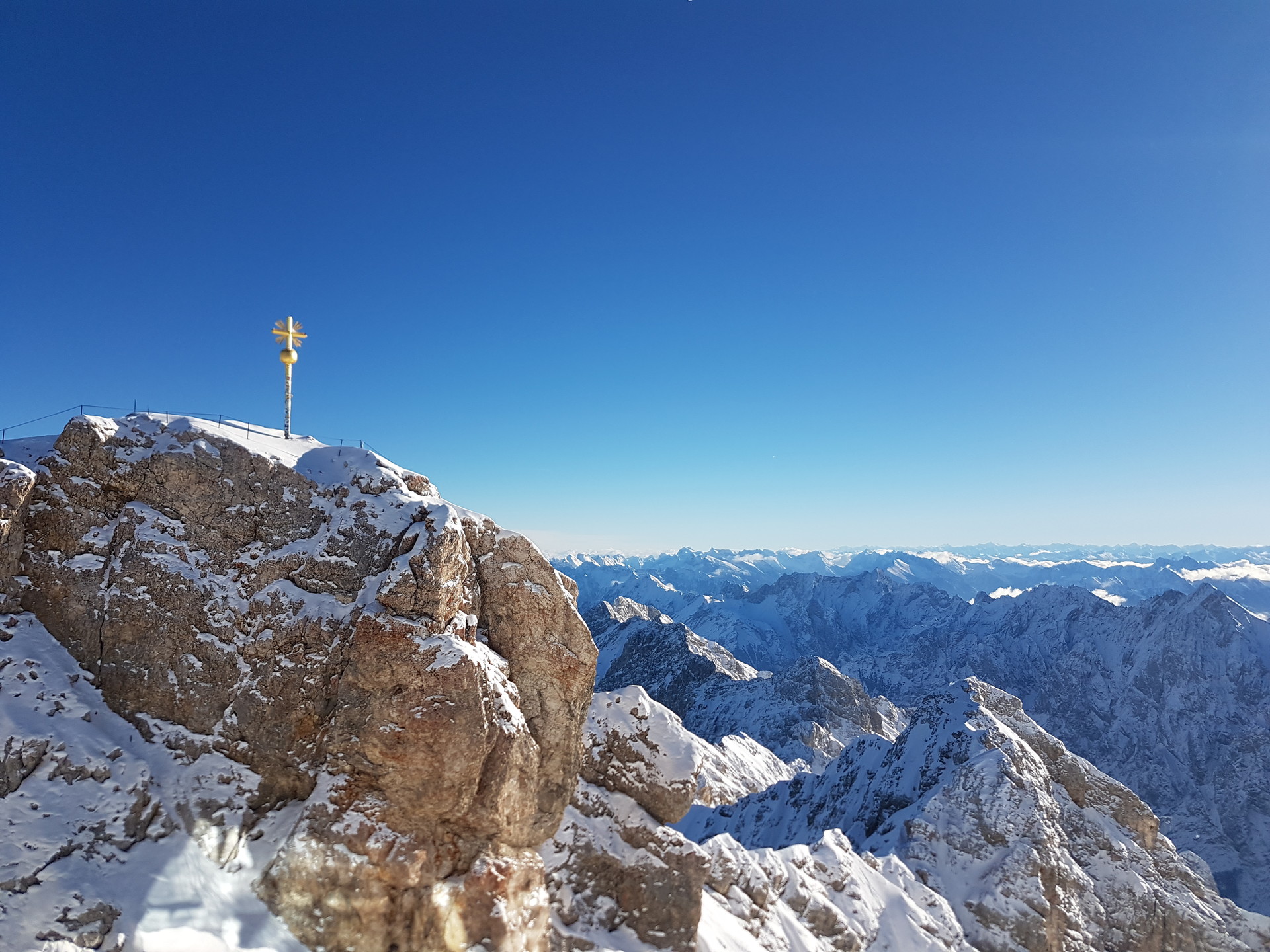 This pictures were taken only with phone camera and without any editing, so all of the readers can imagine how priceless the view was. Unfortunately, the way to the top of the mountain was closed due to snow that might cause any slipping accident. But I was able to take a picture beside it, so it was perfectly fine for me. It’s a view that you must see once in a lifetime, with or without a weekend holiday! 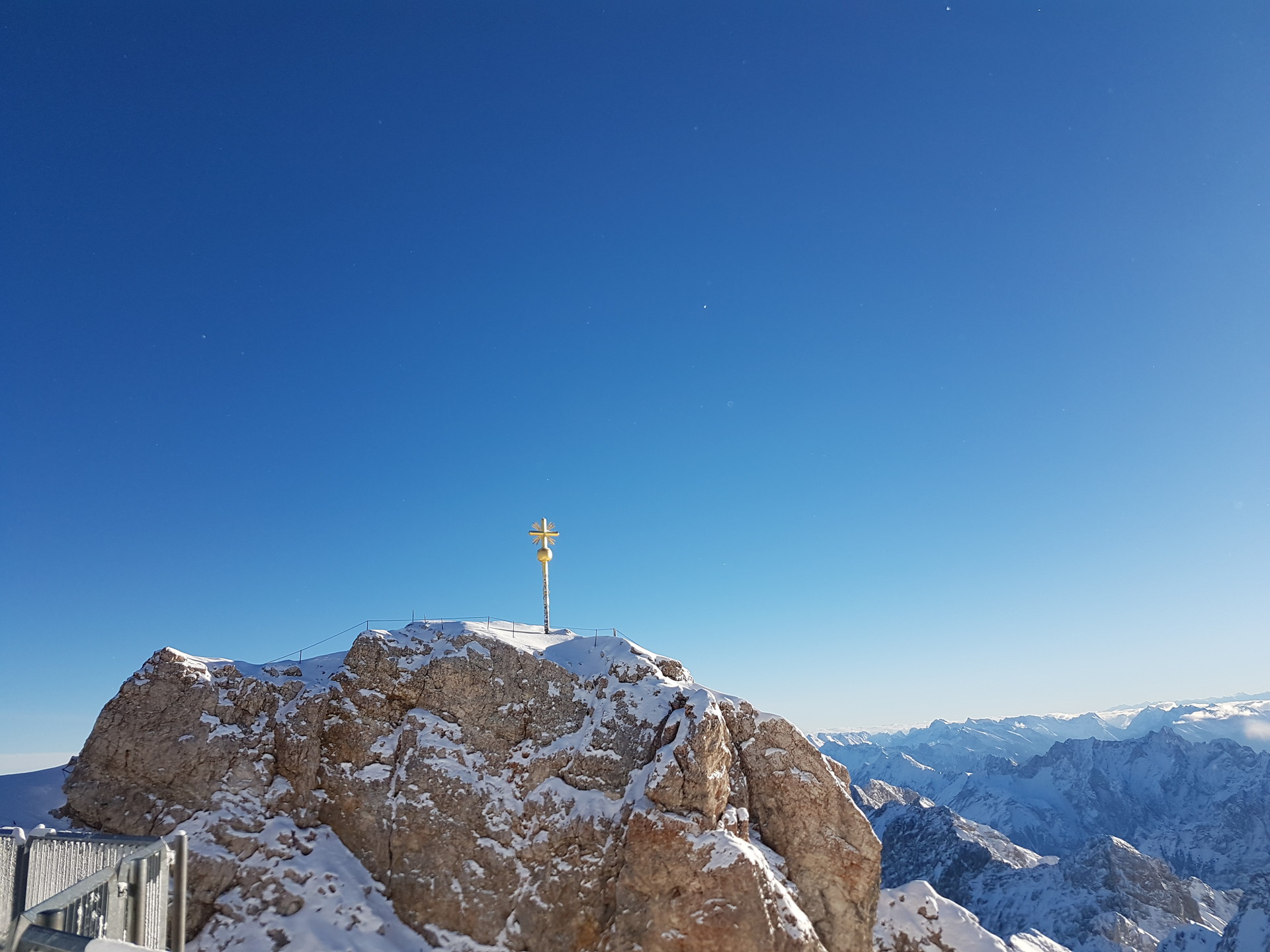 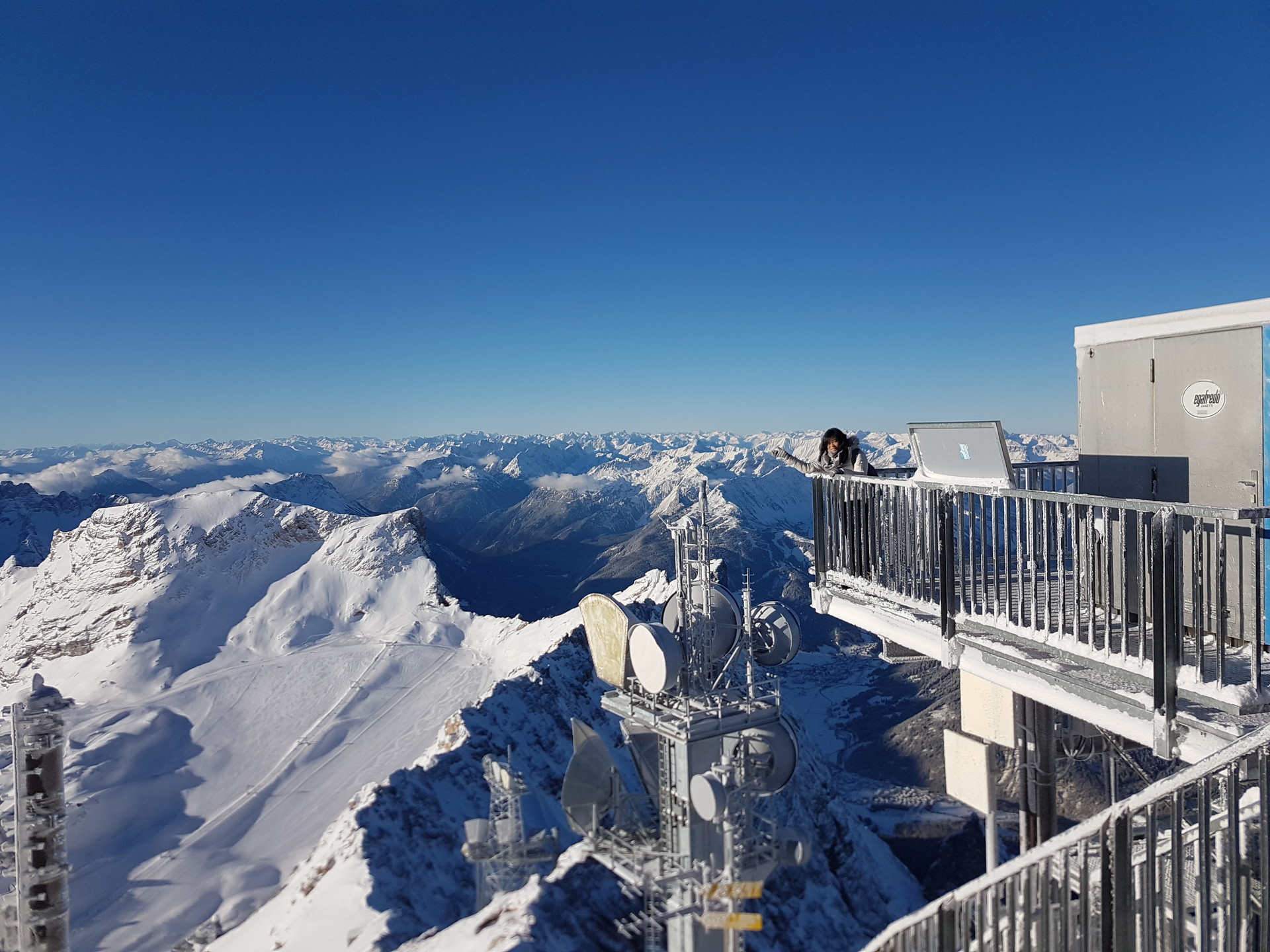 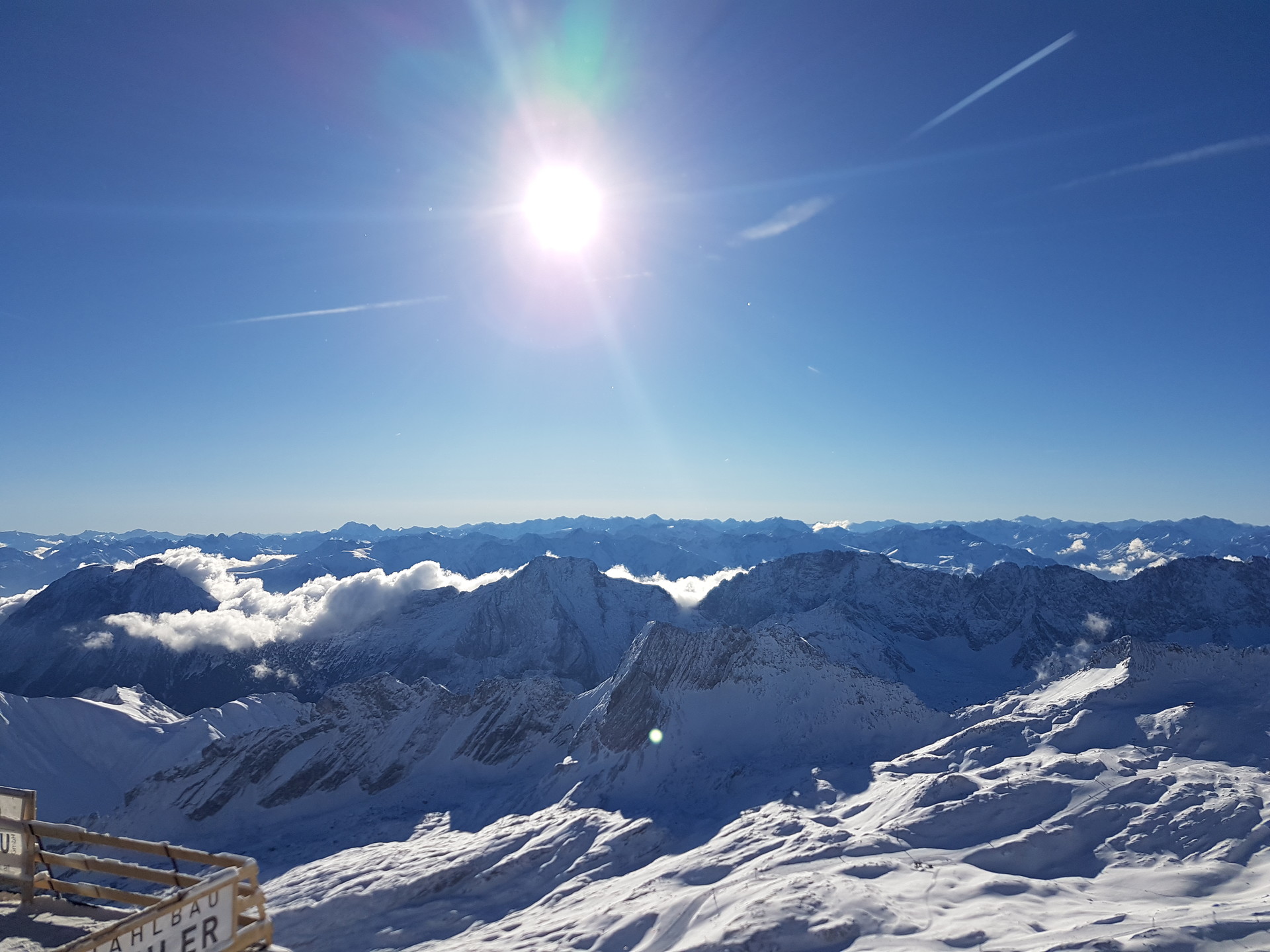 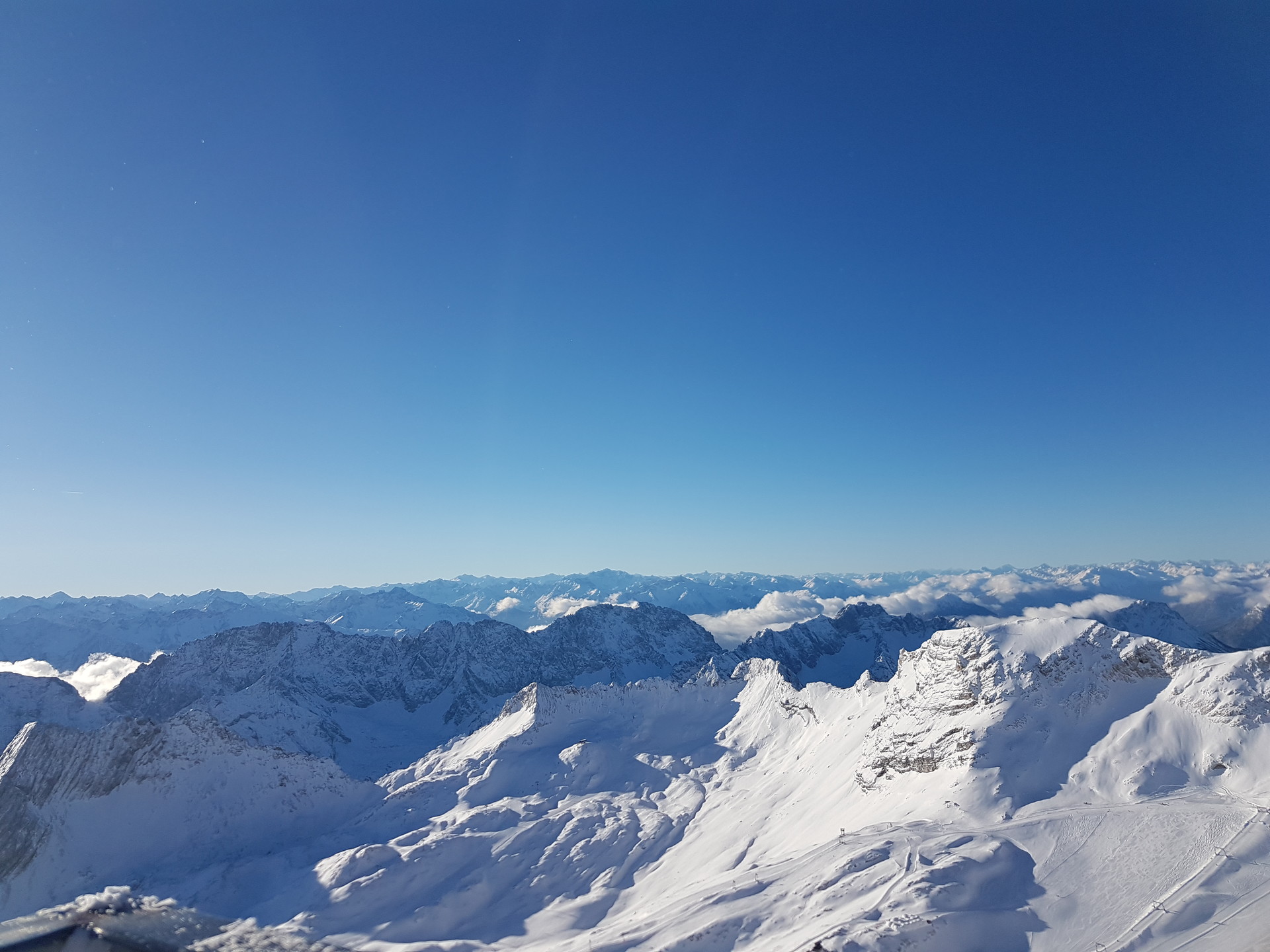 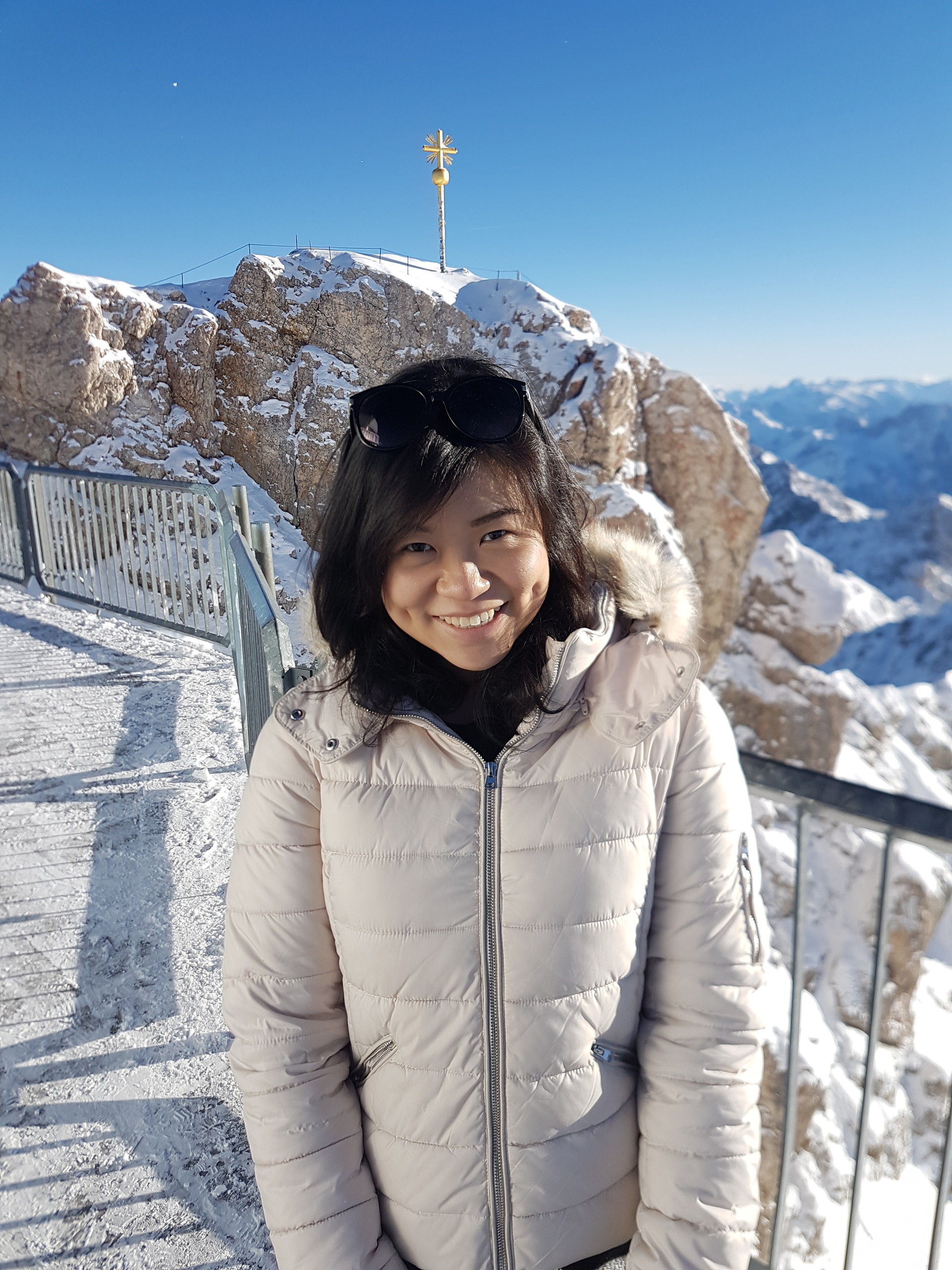 If you know Munich as native, traveler or as exchange student... share your opinion on Munich! Rate different characteristics and share your experience.

View all Erasmus in Munich