Emma Twomlow — one year ago

Hello everyone, and welcome to my new blog! As you can tell from the title, this year I'm going to be living in San Diego as I've got myself a place to study in San Diego State University. I will tell you guys about all of my adventures so that you can live through this trip with me, and above all I will try to make as many recommendations as I can, just in case you cross over to that side of the world one day and you fancy knowing what there is to do or see. For the time being, let's start from the very beginning: how did I get to San Diego?

I live in Spain, so obviously the only form of getting here was going by plane. There's an airport in San Diego, however, my recommendation would be to fly to Los Angeles as the flights tend to be a lot cheaper. Also there are now several airline companies (Norwegian and Level) that do direct flights: Barcelona - LAX or Madrid - LAX. The prices are moderately cheap.

When I booked my flight, I waited for too long and the direct flight went up a lot in price, so much so that it didn't seem worth buying and it was better to stop-over somewhere. Because of this, I got a cheaper flight that stopped in London. In the beginning, I thought a stop-over for 4 hours would feel like ages and difficult to cope with, because I flew alone as well and I didn't know what I'd do for that amount of time. However, it flew by. To begin, I had to go through various controls, as the controls to go to the United States are a lot more exhausting than when you travel to Europe. I enjoyed some breakfast as my flight from Madrid had left at 6am and I wasn't hungry right then. Also, I made the most of finishing my blog entries about my trip to Croatia. If you haven't read them, I encourage you to do so.

Something very odd when I arrived in London, was that the screens indicating the flights were broken, so there was a gentleman with a whiteboard and he was pointing at the boarding gates of the different flights. I was getting impatient waiting for mine to finally be announced. I was getting impatient at him pointing at the boarding gates of the various flights. I was getting impatient to find out my gate. And as soon as I knew, I ran to it. I don't know if you know me, but if you're reading this and you know who I am, you'll know that I get very overwhelmed when it comes to the topic of "planes". I always arrive stupidly early and I try to make sure I'm well prepared as missing a flight really panics me.

Once I was at the boarding gate, they asked me some questions and then I was allowed to board the plane. The plane took around 11 hours if my memory serves me well, and I made the most of it by watching a fair few films, as I can't sleep because of my nerves. 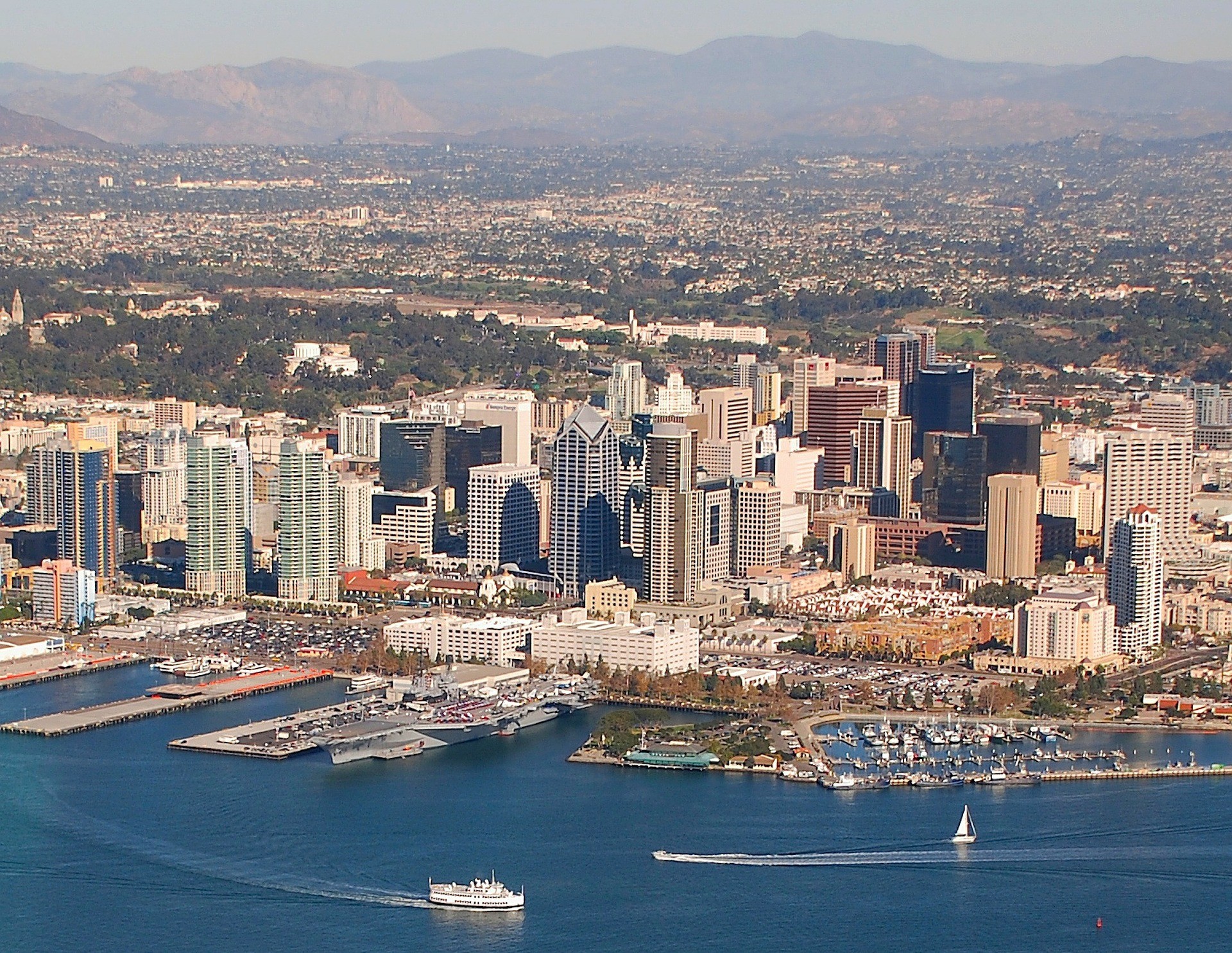 When it comes to food, they give you more options when the flight is longer. I do not recommend it. I flew with Norwegian and the food isn't worth it. I think it's better to buy something from the menu that they offer on board as it'll cost you the same in the end, and it'll be a lot more tasty.

After I don't know how long, I landed in Los Angeles. Once there, you find yourself in an enormous queue to be able to leave the airport. First waiting to get off the plane, as an umpteen amount of people are trying to get off too (because I was actually shocked at the size of the plane, it was definitely the biggest one I had ever travelled on). After you go through the police control where they look at your passport, the visa and ask you a thousand questions... So, in total I spent nearly 2 hours just waiting to finally get out of the airport.

Once there, there are plenty of options to help you get down to San Diego. 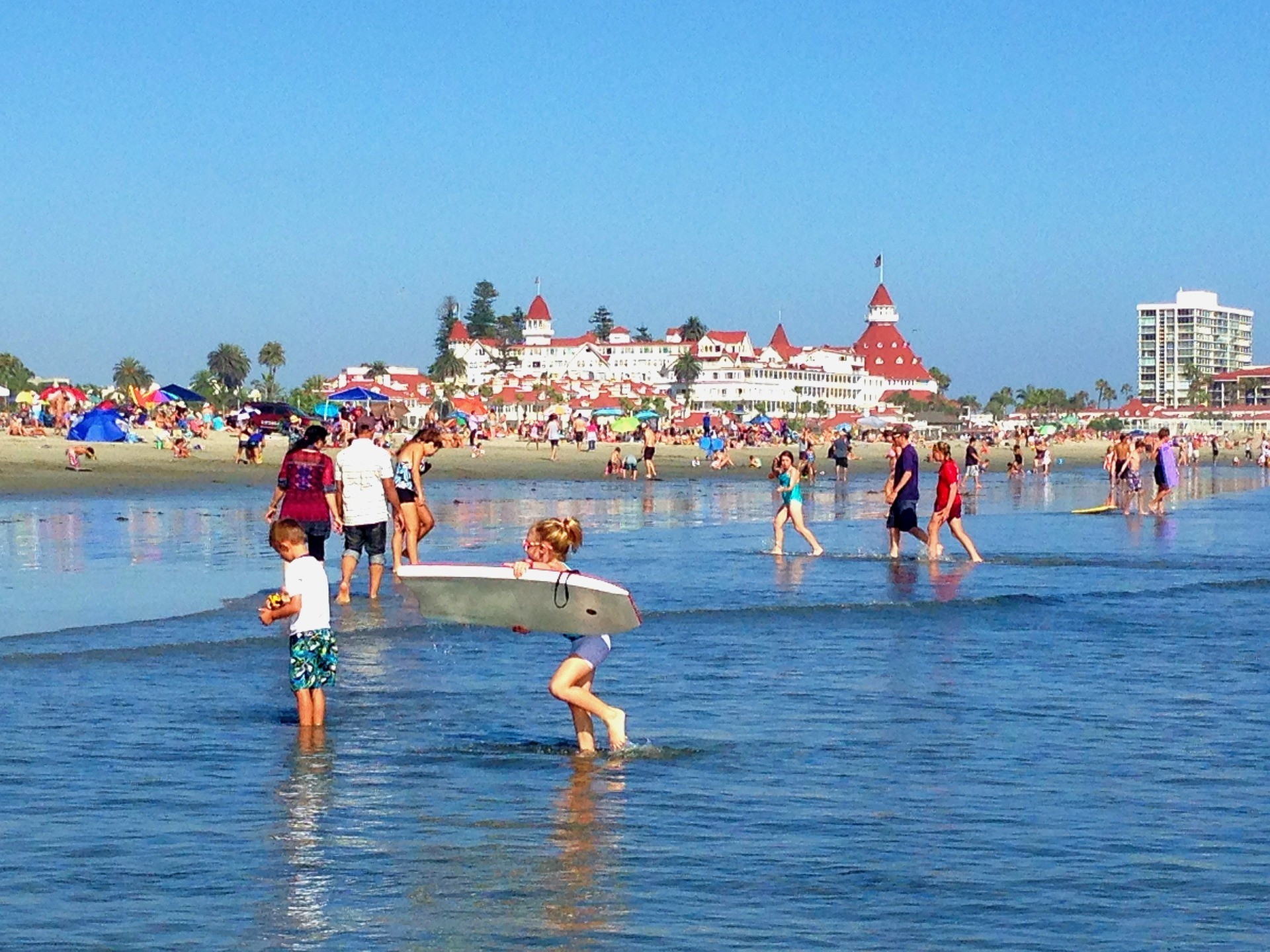 After choosing whichever method of get to San Diego, and once you're in the city, the only way to arrive anywhere is with a taxi or UBER. I totally recommend that you download the UBER app if you have thought about coming here and although you don't have it in Spain, in America they use it a lot and the prices are pretty affordable. The only problem is that you need the internet to use it, and the majority of foreigners that come to this country can't use their phone if they don't want to pay a barbaric amount for it. Because of this, I didn't have a solution to be able to get a taxi until now as I have just bought a new SIM card and I can use the internet like I'd be able to in Spain. But, about this and another thousand things, I have had to make this place my new home, and I'll talk about it in my upcoming posts...

View all Erasmus in San Diego