The panoramic elevator | What to see in Koper

A nice view in Koper

Despite the fact that Koper is a small coastal city, it offers surprisingly a lot of interesting sights. And, as you have probably guessed from reading my previous entries, I really like visiting different kinds of viewpoints, because this way, I can get a different perspective of the place I am visiting. Koper itself is not very rich with viewpoints, but there is an interesting sight, which was built in 2013, a panoramic elevator above the Koper Port and the main city beach, called Mokra Mačka. 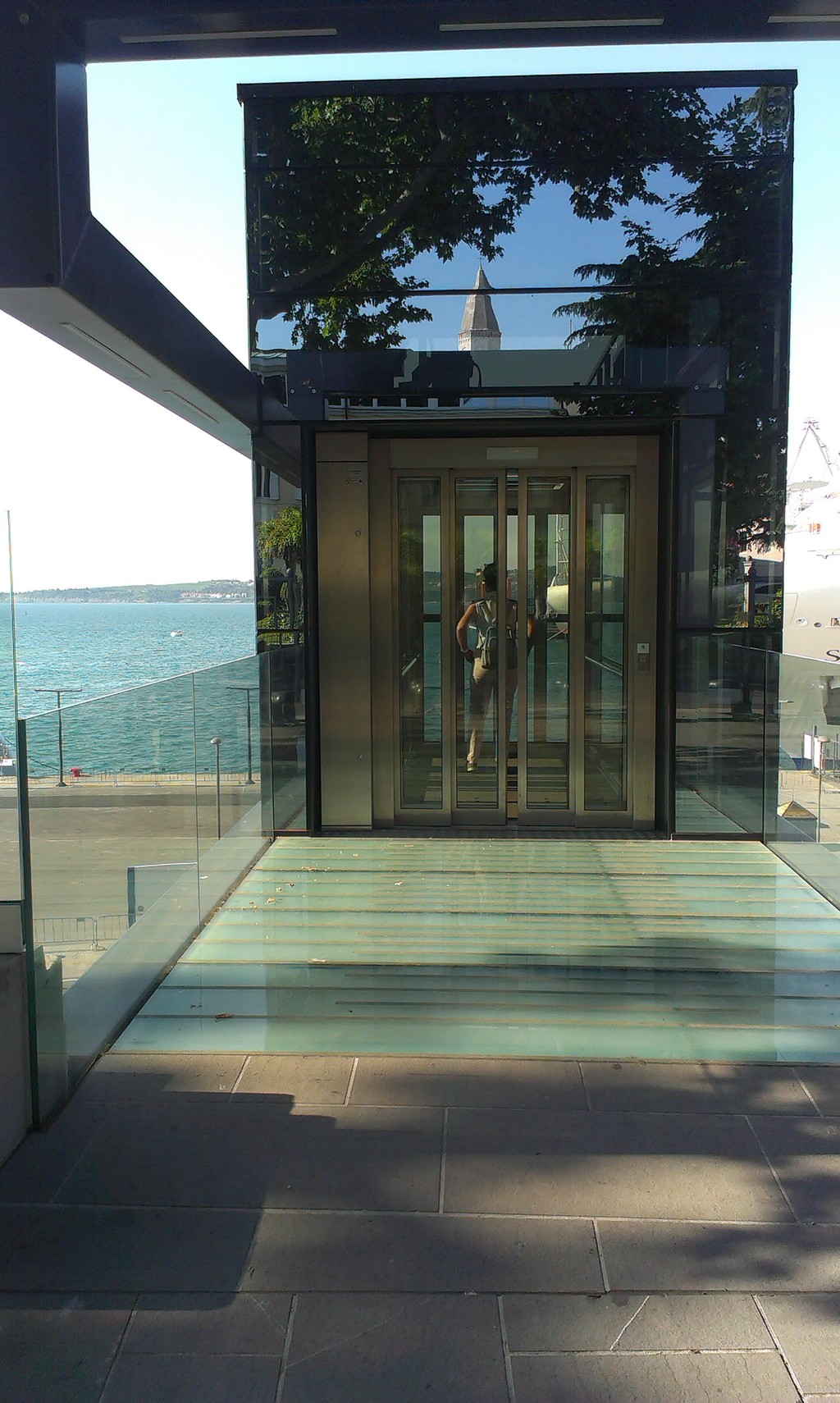 Where is the panoramic elevator situated?

From inside the elevator, you can catch amazing views of the coast, which tells you that it is situated close to the sea. You have several options of getting to the elevator, but in all of them, you have to get close to the beach. Koper only has two beaches, and the other one is situated out of the city (Žusterna), so it is easy to find the right one.

Once you get to Pristaniška ulica, all you have to do, is walk towards the port. The way there is beautiful, because it is actually a promenade with palm trees and a green park that you will pass on the way there. 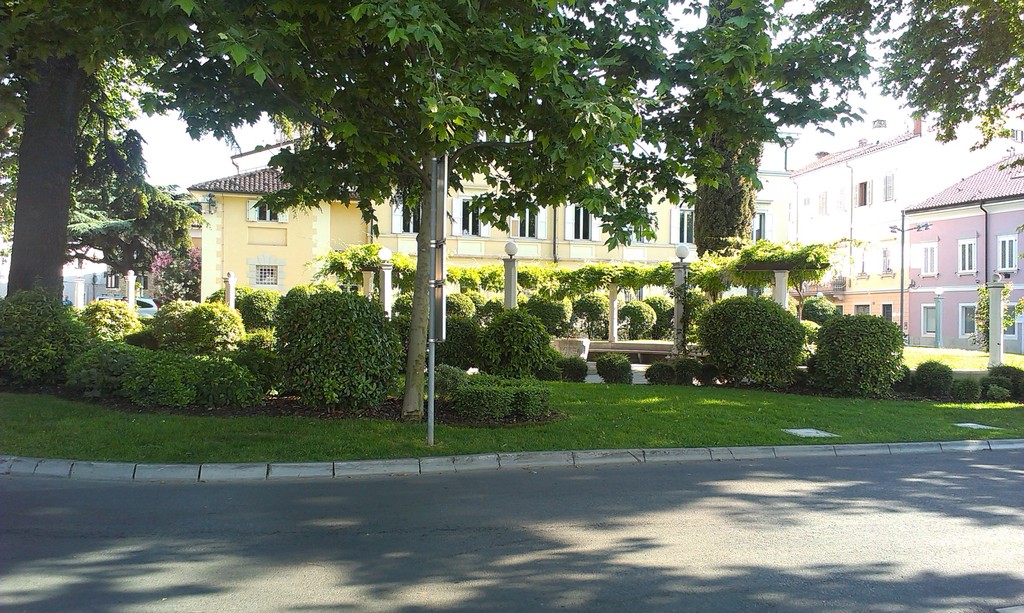 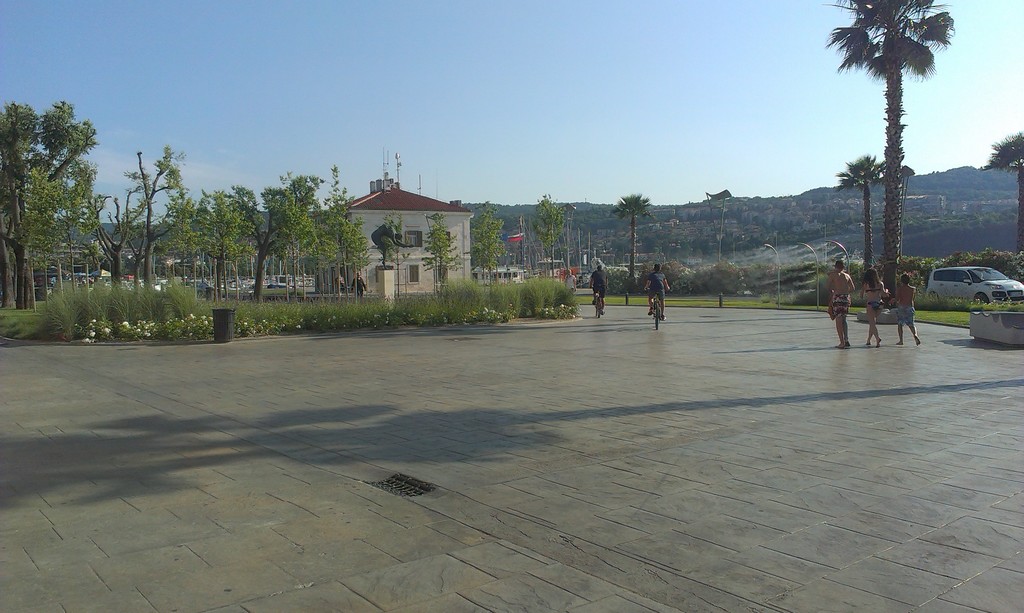 Soon after the park, you will reach an entrance to the beach. It looks like a big gate, so it is impossible to walk by without noticing it. Just opposite this entrance (by opposite, I mean on the other side of the road), you will see the panoramic elevator. It seems very futuristic, considering that it is built next to an ancient – looking former city wall. 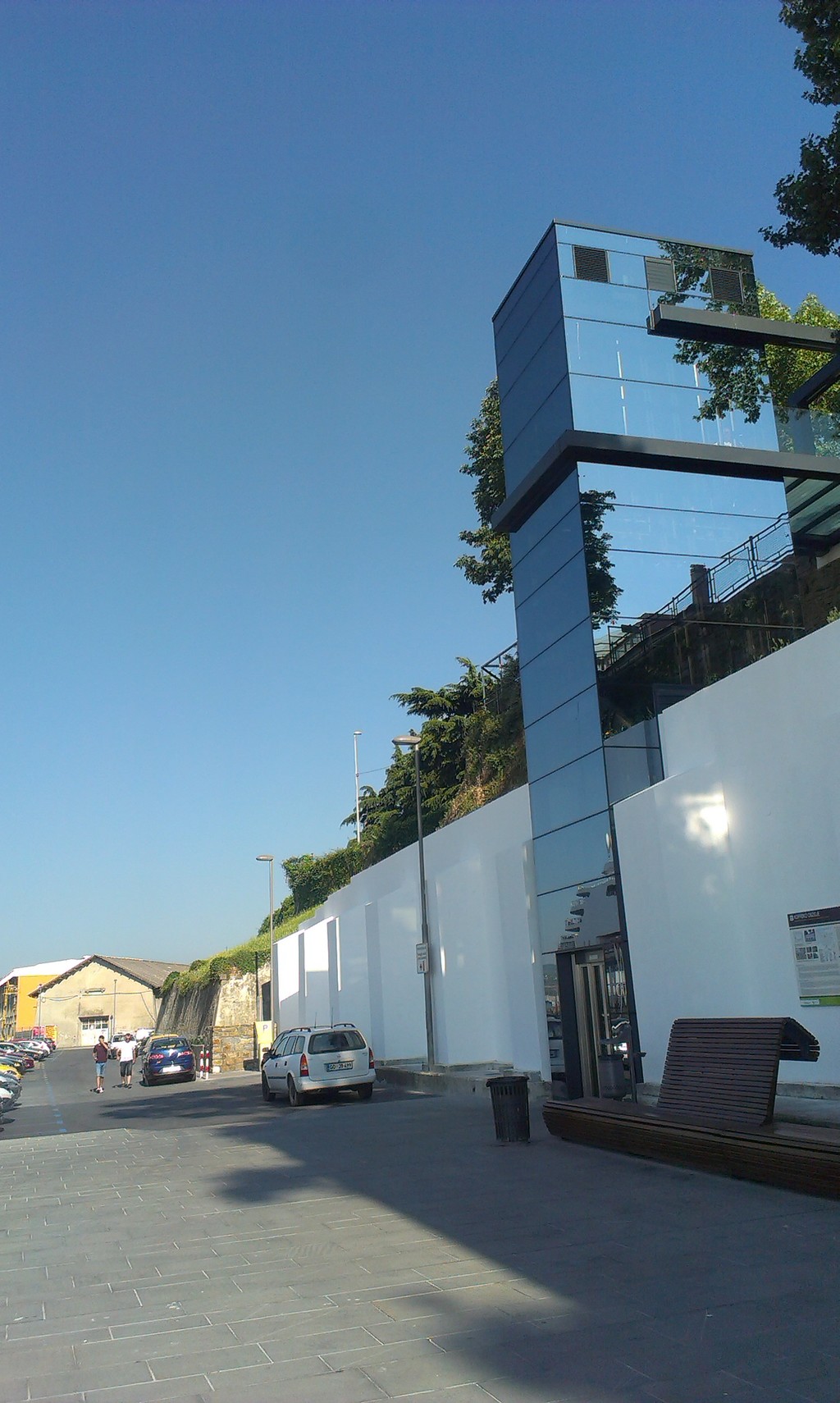 What can you see from the elevator?

The panoramic elevator is made out of glass, which includes the floor. So, the first step inside can be a bit scary, because you simply cannot be sure whether you are really stepping into an elevator or you will fall down. But, at the same time, this first step also gives you a nice adrenaline rush.

The elevator is very slow, so you have plenty of time to admire the view. So, right in front of you, you can see a part of the Koper port, and the sea behind it, that seemingly stretches into the infinity. 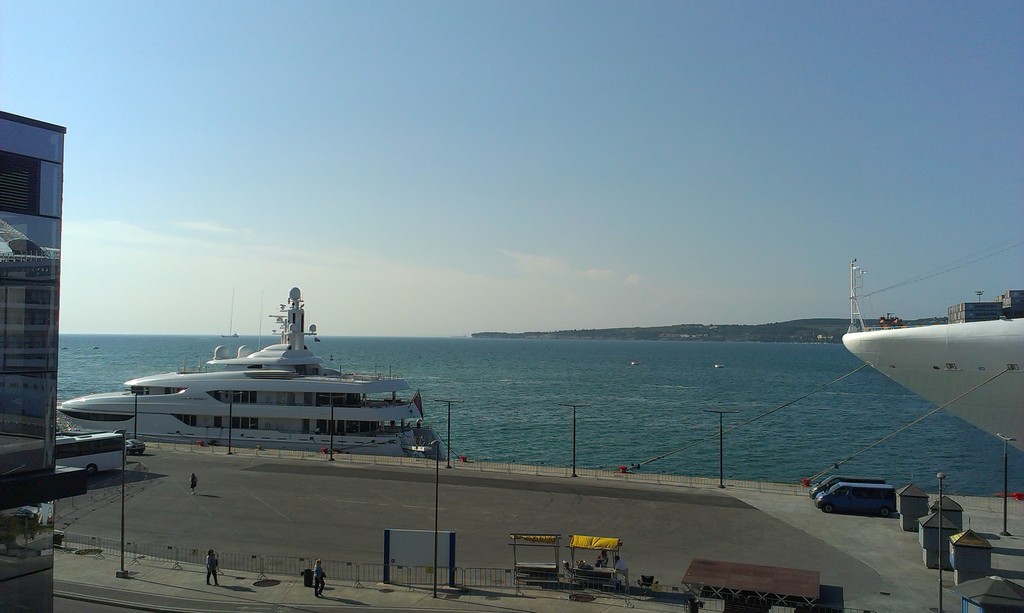 On the right side, you can see the major part of the port, and the city of Trieste behind. On clear, sunny days, you might even be able to see Triglav in that direction, which is the highest mountain in Slovenia with its 2864 meters. And it is situated more than one hundred kilometers away from Koper. On your left side, you will see a small part of the old city centre of Koper, and, in the distance, the Markovec hill, which is known as a living hub for the jet – set.

What is the best time to go there?

There is no best time in terms of crowds, because it seems like people are avoiding this place well, not literally, but I have lived in Koper for several years and when walking by the panoramic elevator, I rarely saw somebody using it.

In terms of best views, the most beautiful time is definitely when the sun sets. Surprisingly, Koper sometimes has breathtaking sunsets, and seeing them from a panoramic elevator really is an experience on its own.

Believe it or not, the panoramic elevator is free! Yes, it really is. Basically, it means that you can ride up and down as many times as you want (or until somebody arrives). Honestly, I have never heard of any other panoramic elevator that you could use free of charge. So if you are in Koper, you should definitely take advantage on this great opportunity.

If you have already seen every building and other sight in the old city centre of Koper, and if you are running out of ideas what to do next, I suggest you to try the panoramic elevator. After all, even if you will not like it, it does not cost you anything but a minute or two of your time.

Do you know The panoramic elevator? Share your opinion about this place.

View all Erasmus in Koper