Hello! This time I'm going to talk about an event or celebration that is very important in Spanish culture, Easter.

Easter or "Holy Week" is celebrated all across Spain, although it has more importance or fame in some cities or communities than in others.

As you'll know, this is one of the most important Christian festivals. It takes place once a year to commemorate the Passion, Death and Resurrection of Jesus.

Easter is celebrated in March or April, so the dates differ a little year to year. Within this time, there are various important days with processions or special events. The most important days are Palm Sunday, Maundy Thursday, Good Friday, Good Saturday and Easter Sunday. This is the last week of Lent.

Even though Easter is celebrated in many places across the world, in Spain it has a special importance and character, so their celebrations can't be compared to the traditions of other European countries.

The most notable thing about Easter in Spain is the holding of processions. These are organised by groups called brotherhoods or fraternities. In these processions floats and sculptures of religious figures, which sometimes are important works of art, take to the street. The people that participate in these processions wear very distinctive special garments which sometimes surprise people coming from other countries to visit Spanish cities during this period of the year. 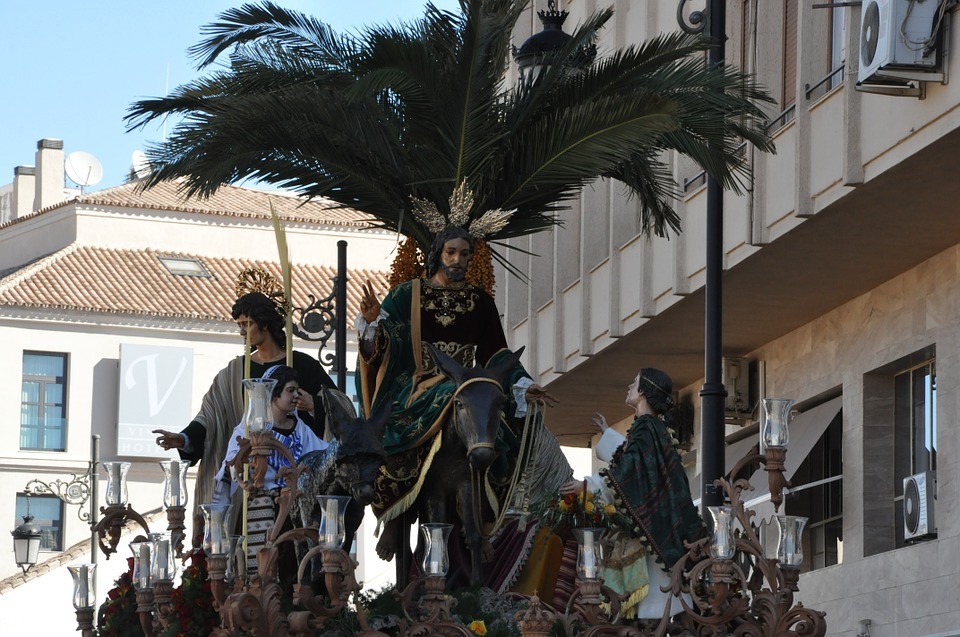 In each village and city, the tradition can vary, but in general these processions have some traits in common, making sure that the procession of Easter Sunday has a happier quality, whilst those processions of the days prior reflect pain and penitence.

In certain cities where these traditions are really rooted, the locals show great faith and devotion, preparations are made months in advance for these days and great importance is given to the Easter celebrations, even to the extent of exaggerated preoccupation for the weather during those days, because the rain can stop some processions, causing great unrest amongst participants.

Now, I'm going to talk about some of the most important Easter celebrations in Spain, according to the cities in which they're celebrated.

Zamora is a city of Castile and Léon, and it's the only one that's considered Cultural Heritage, even being a candidate to be a World Heritage.

Its origins are in the 13th Century, being one of the oldest in Spain. Asides from the great strength of the images in its processions, that are exhibited in a special museum, Easter in Zamora stands out for causing great devotion among locals and for the respect and sobriety that it rouses.

The procession of Yacente of Zamora is one of the most striking in Spain.

One of the cities where Easter is most famous is Malaga, in the south of Spain, belonging to the community of Andalusia.

In this city they have very important and eye-catching processions, like Jesus The Captive, but if you had to point out one of the most unique processions it's one celebrated in Maundy Thursday.

During this procession, the legionnaires carry Christ on the cross and sing "El Novio de la Muerte". Without doubt it's a unique experience and rouses many emotions, attracting the interest of thousands of people. 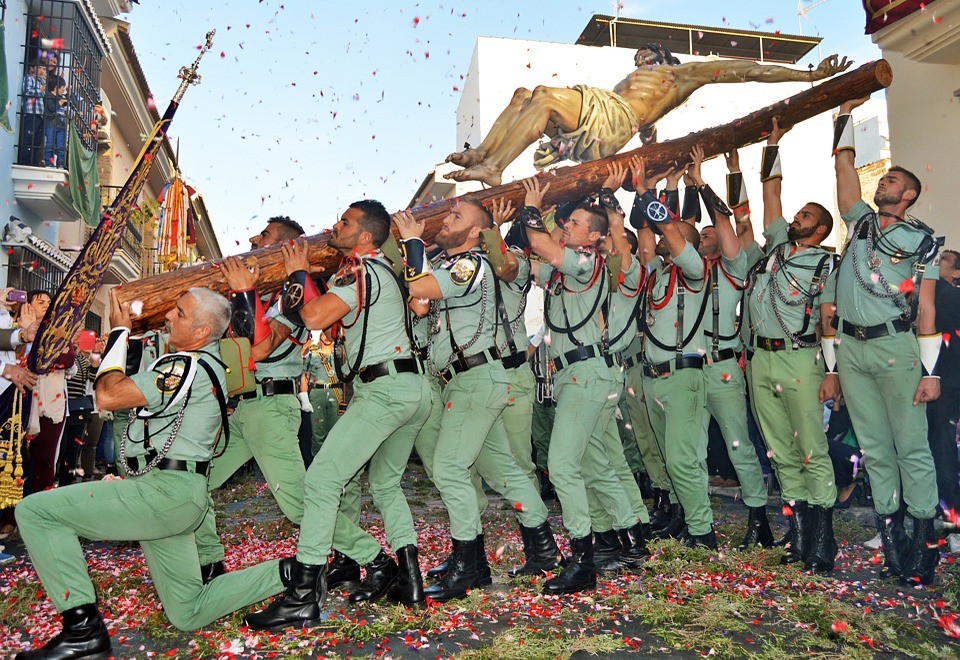 This city, also Andalusian, is without a doubt one of the cities that has one of the most important Easters and awakens the devotion of many of the locals.

In the city of Seville around 60 processions are done, of which some important examples are La Macarena or La Madrugá.

The float bearers that carry the Easter floats carry a great weight, which is a sign of their devotion that they have for these dates.

If you go to one of the processions in Seville, you'll have the opportunity of listening to saetas (Andalusian religious songs) that some artists sing from the balconies. 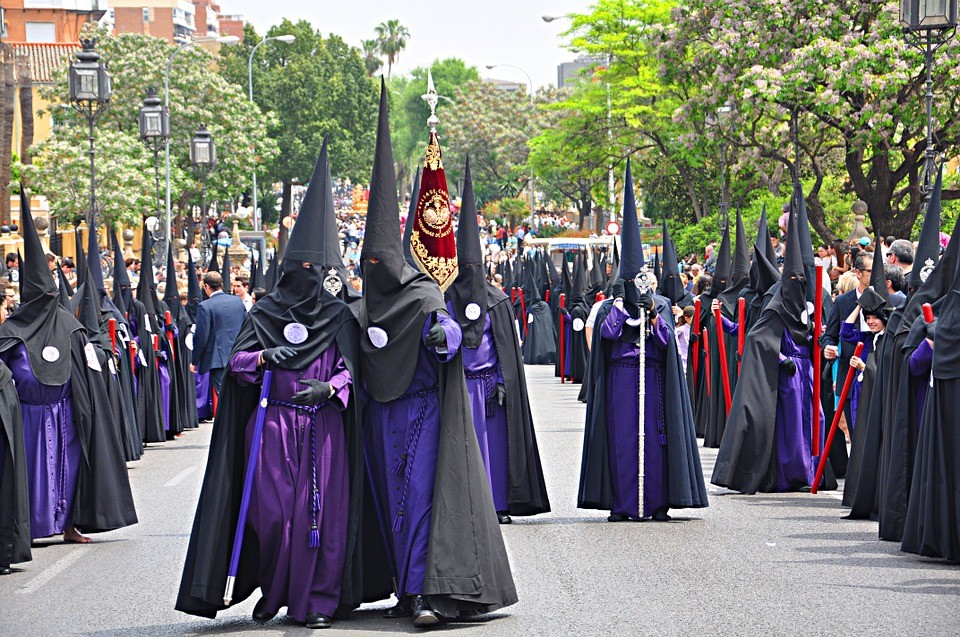 In this case, I'll tell you about a slightly different tradition to the processions I've listed above.

Castro Urdiales is a municipal of the Community of Cantabria, in the north of Spain. In Easter in this place, the Living Passion is emphasised and celebrated on Good Friday.

It's a representation of the Passion of Christ, that also highlights the striking places in which it takes place, given that the scenery is this beautiful village of the Cantabrian coast.

Easter week in the city of Avila is one of the most striking of Castile and Leon. The processions and representations have a special aspect in that they take place against the background of a walled city that marks the processional route.

During this period, the city is full of visitors and events and we can highlight some processions like that of Christ of the Battles and Christ of the Executioners in the Way of the Cross of Penitence.

Cuenca is another of the cities, in this case in Castilla-La Mancha, where Easter has a great significance for the locals and also on an international and national level, as during these days and specifically during some processions, the historic site is filled with crowds of devotees and onlookers. Cuenca also has an Easter museum which shows us the great significance of this festival for the city.

One of the most popular processions is the Calvary Road on Good Friday, known as Las Turbas. Las Turbas are the crowds that represent the mockery and jeering of Jesus on the way to his crucifixion. The tunics of the participants and the sound of the trumpets, clarinets and drums are highlighted, that contrast against the great silence in some of the moments of the celebration.

Calanda is a municipal belonging to the Province of Teruel, and the Easter celebrations are very unique given that the traditions of the processions are connected to local Folklore.

The local youth represent the Roman guards and play the drums. The most important and popular moment of the celebration is known as "The Breaking of the Hour".

Among the Easter celebrations of greatest international interest we find another city of the community of Castile and Leon, Valladolid.

In the processions you can see some of the most impressive floats and the best Castilian artists like Juan de Juni or Gregorio Fernández.

The big day for processions in this city is Good Friday. In the morning, the Seven Word Proclamation is announced on horseback, one of the most peculiar images that can be found in the city of Valladolid during this time. 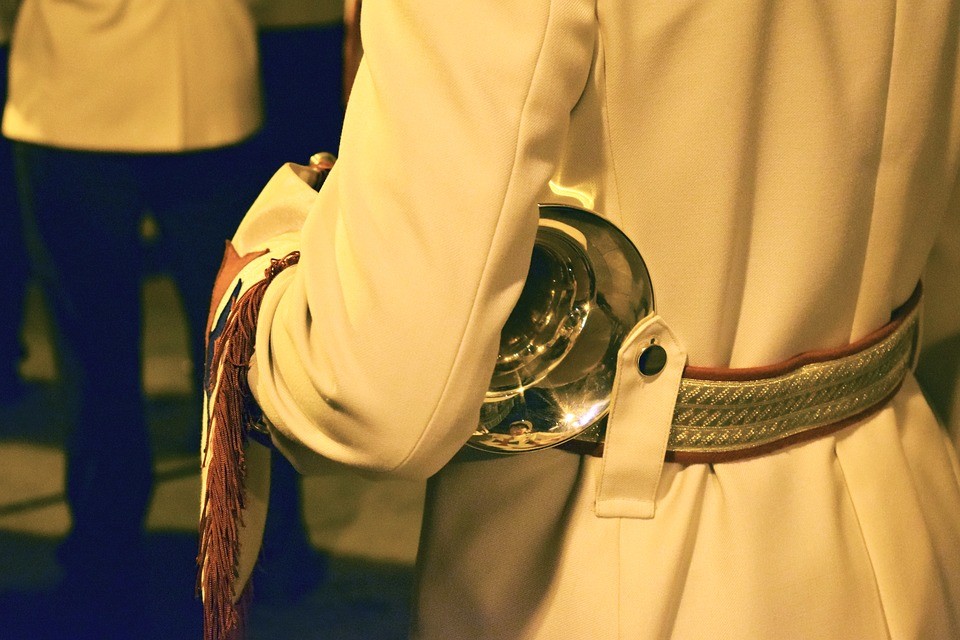 I think that's enough examples so you can get an idea of grandeur of these religious celebrations in Spain. That being said, there are so many more places in which these traditions are celebrated, and surely you'll have an opportunity to see one of these processions if you travel to Spain at this time of year.

Independent of the religious beliefs that you have, it's a really important event and has a great cultural and artistic substance that can be of interest to any type of person, whether you're interested by the music, the structures, the religion or many other things of interest, but above everything it's a really emotional event.