Erasmus, A Year In The Czech Republic | Erasmus experience Brno

Erasmus, A Year In The Czech Republic

So here I am, back at the beginning. 8 months have passed and here I am, sitting in the back of the 21 bus towards Paris, about to go full-circle after 12 hours of travel.

So, what to say.. A year passes very quickly, to the rhythm of the seasons, discoveries and encounters. Where to start when explaining everything? The beginning seems like the best place.

After spending two peaceful nights with a friend, I headed to Charles De Gaulles airport. With my back aching and my hands wrung by bags, I set sail for the East. After all the security protocols I finally set off. A few days later I set foot in Bratislava, only needing to take the train to get to my destination. To my surprise, I found myself in a Harry Potter-like train, which smelt of wood and had the bad taste of its Soviet designers. I criticise, I criticise, yet this was still more exotic than our good old inter-city trains. 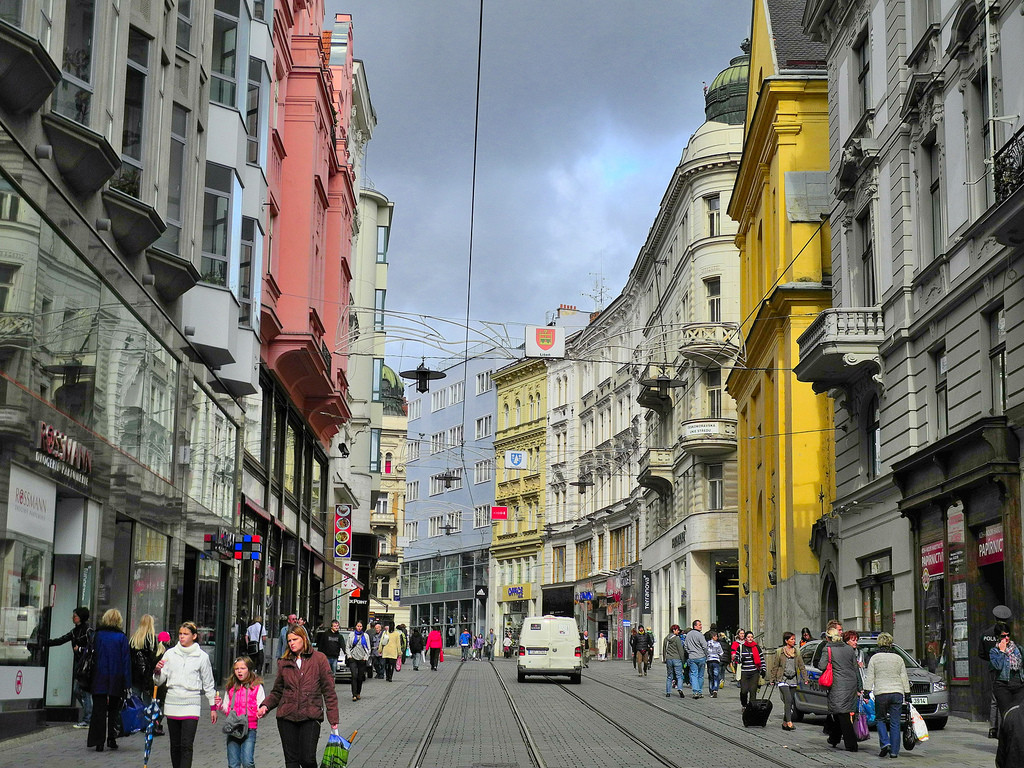 Brno, my home for the next few months

Let's get on to getting to the town that would be my adoptive home for the next few months. There I was, leaving the train station. Across from the station, amidst the agitation and the bustle, I saw a city full of life. "Good, all that's left to do is find Hotel Komarov, my student residence! " Really it was the start of a lot of hassle. By luck, not a single person was sitting on a nearby bench to lend me a lighter for my cigarette, a tramway called Komarov stopped right at my feet. Just after arriving, I was already the king of the city. Arriving at the station, I found my way using my frankly rudimentary, very "Frenchy" English. 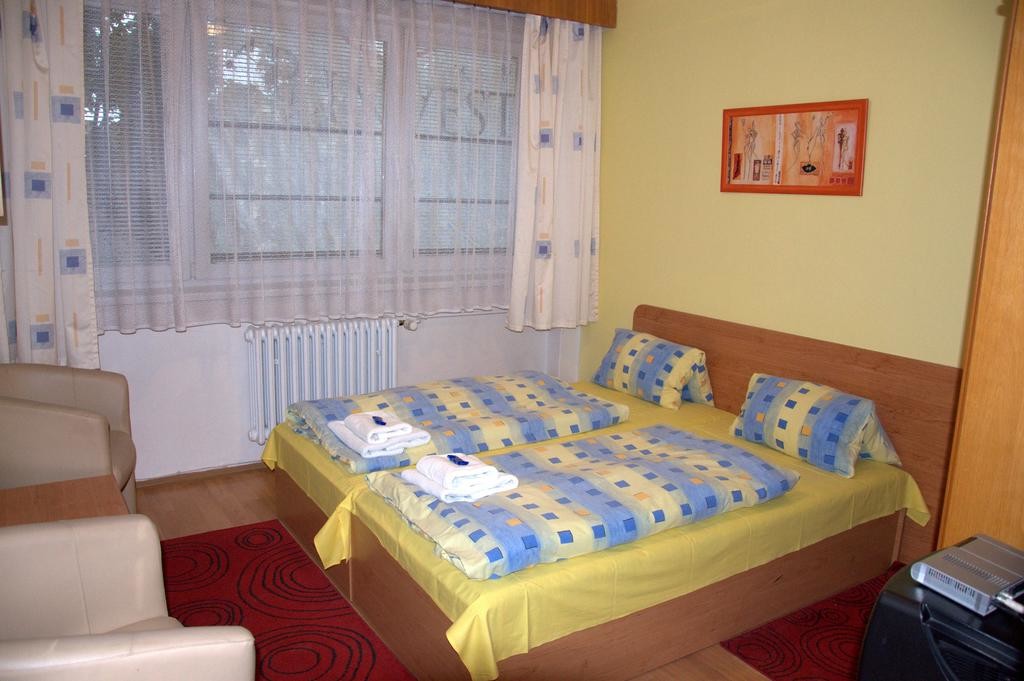 Practicalities seen to and a key in my hand, I made my way for room S07. First impressions? Well.. It's very... White. I put my bag on the bed, locked the door and headed in the direction of the city-centre, to see a bit of what it's like. I ambled through the streets not understanding at all what was written on the walls, but whatever, that was all part of the fun. A few days passed, a bit lonely, you could say I arrived a bit early.

The Facebook group suggested a welcome evening for the people who had already arrived. I picked up a few Czech beers at the corner shop and there I was at the top of the hill that is home to Spilberg Castle. First encounters, with Spanish, Romanians, Turkish, Russians, English, Moroccans, Afghans, and I got to know each of them as the sun set, it could have started a lot worse. Despite my level of English being pitiful compared to theirs, I met a lot of people, interesting or otherwise, but all very nice. I admit to having a good laugh with a Turkish guy and a Spanish guy that evening, the rest of the year besides. 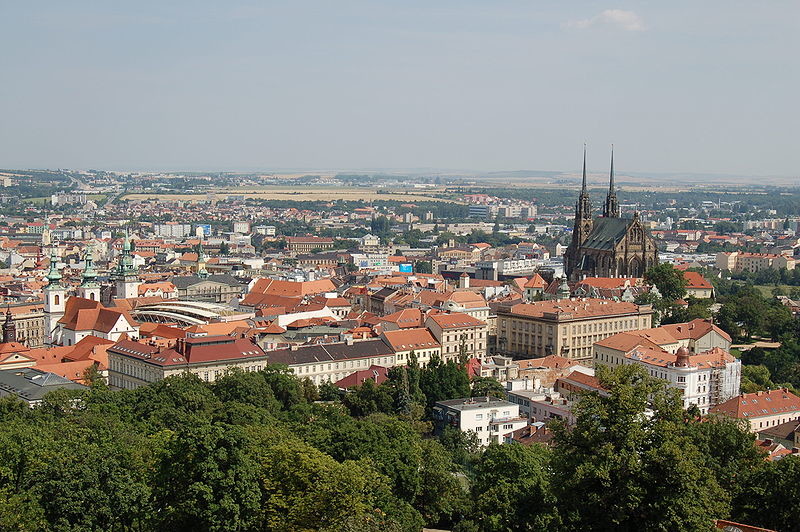 The view from Spilberg castle

Mid-September, the bell rings, classes begin (in English please, sir). Nothing is very different, well if it isn't the same buildings from Rennes 2, a Renaissance atmosphere, the walls full of sculptures. Classy. Mid-September was also the time in which locals gave us a helping hand to fill us in with more details about the city and fill out all the necessary papers to use the bus service, the papers to send home to Rennes, etc.

A little bit more than a month passed by, and the landmarks are already there in my mind, I didn't get lost anymore, or at least, less often, the loneliness I felt at the beginning is little by little transforming, until it's it becomes the opposite. The feeling of living in an international community of friends has become very familiar to me. I think it was from that moment on that I started to think in English and in that way make almost crazy progress.

The year passed by and the routine settled itself a bit, but you end up liking this routine, classes for a few hours per week, the traditional Erasmus night out on Wednesday evenings, and trips at the weekend.. No complaints. Without forgetting that the Czech Republic, which is certainly at the same level as us economically, is still a lot cheaper, which is convenient what with my poor-student's budget. For once in my university life, I don't have to count how much is in my bank account after the 10th of every month, I can go to concerts and have drinks with my friends without having to eat nothing for 3 days afterwards.

In the month of November, I received the Erasmus grant, a bit over 2000 euros, a very well-rounded sum, even more so here. What to do with this money? It's decided, nothing will be saved, I'm on Erasmus, that only happens once in a lifetime, I can tighten my belt some other year. Bus ticket reserved, destination: Budapest, then Salzburg, to visit Toby, and why not make a little detour to Vienna, it's on the way.

Christmas is coming at a fast pace, I decide to buy a pile of handcrafted Czech baubles as presents, a scarf, sweets, candles, anything goes. Returning to France for the celebrations at the end of the year and returning to my host-country at the start of January. 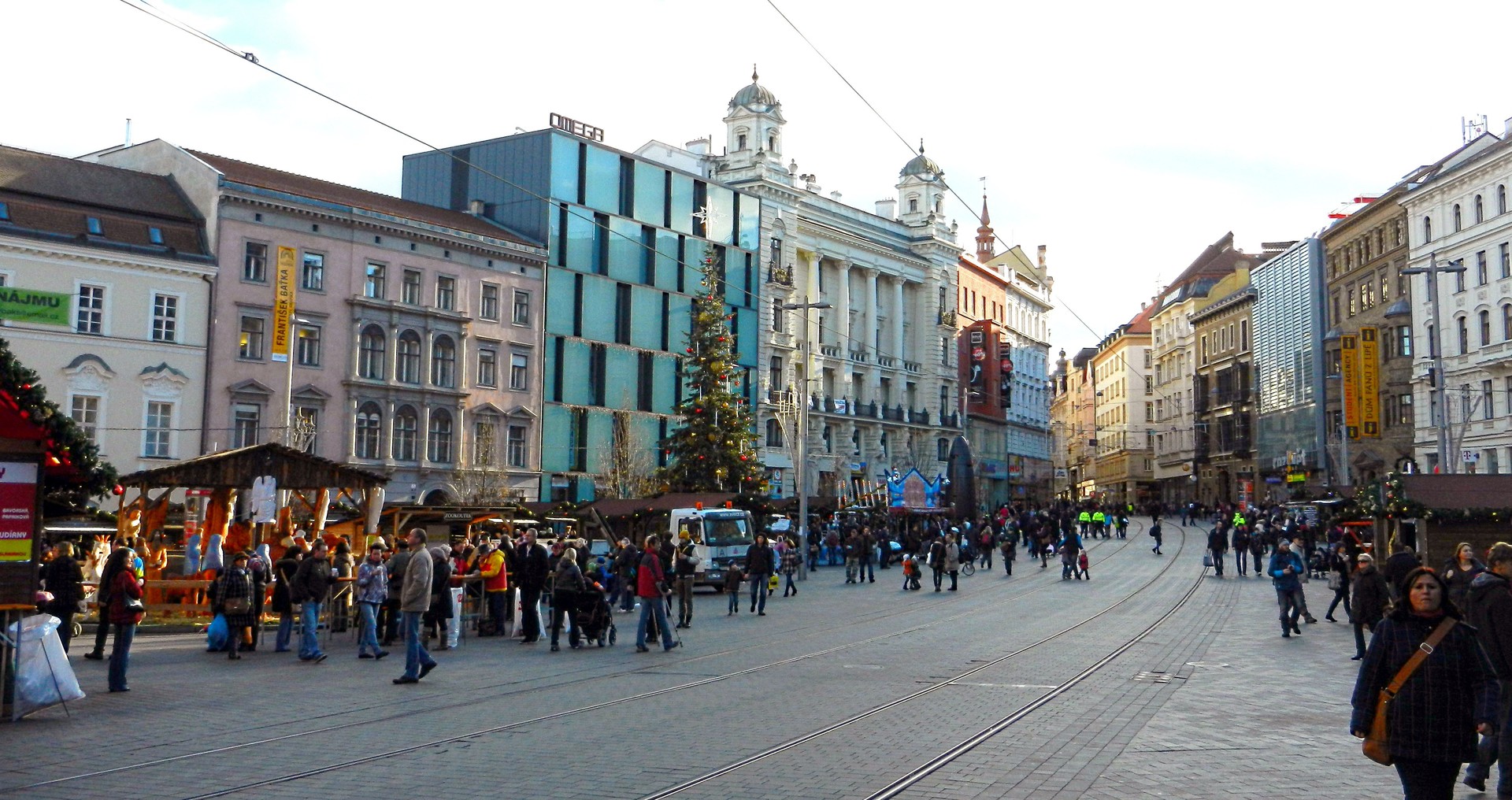 The end of the first semester meant the start of the first goodbyes and it is with a great sadness that we say a goodbye that is truly a farewell-forever, but for politeness one doesn't dare let friends know. We cursed them for not having the guts to stay the full year, and they cursed themselves just as much. In the end, life continues, as did my year abroad.

The new semester welcomed a new lot of rookies, and it was with a certain nostalgias that I watched the newbies arrive, distressed with their paperwork, insurance and all the rest.

The second semester resembled the first, but it snowed and it was cold. We met the new arrivals and saw ourselves in their place 5 months earlier, freshly arrived in a new place where you know nothing or no one. The lucky ones. That feeling is just too cool. It's now our turn to show them the city and explain to them how it all works. By chance I met new French people, and it made me realise that yes, I had really progressed in English.

The days, the weeks and the months pass, the exams finish, everyone anticipates that the end is near. Everyone betrays this in their mannerisms, certain people become crotchety whilst others are sweeter. The fact is that everyone is in the same boat. Seize the time we have left and enjoy ourselves!

Vienna! Not yet, let's go to Lednice instead

May 20, final embraces with friends, I have to leave a bit earlier than the others.. I am the first in the sad funeral march of farewells. You say goodbye to everyone you know and try to establish a meagre plan to see each other again the following year. It's decided, I'm going to visit Istanbul.

My bus has to leave, my last words are said and I settle down in my place, my heart heavy. In my mind, I'm reliving the year. The bus starts up and begins its route, to the return of "normal life".

It's not what I want.

If you know Brno as native, traveler or as exchange student... share your opinion on Brno! Rate different characteristics and share your experience.

View all Erasmus in Brno