Magic City's charms are a secret to no-one. The beaches, Latin flavour, neighbourhoods, lifestyle and cityscape have all been burned into our minds by TV, movies and even video games. There are miles and miles of pale sandy shore, where you can see and be seen, or just switch off for a few hours. Shopping in Miami, one of the richest, most image-conscious cities in the world, is more than about stocking up on essentials; it's a statement of identity and needs to be done with panache. And when the sun goes down it's time to cut loose, going all out at an exclusive nightclub or catching live music or lighting up the dance floor at a salsa bar in Little Havana. 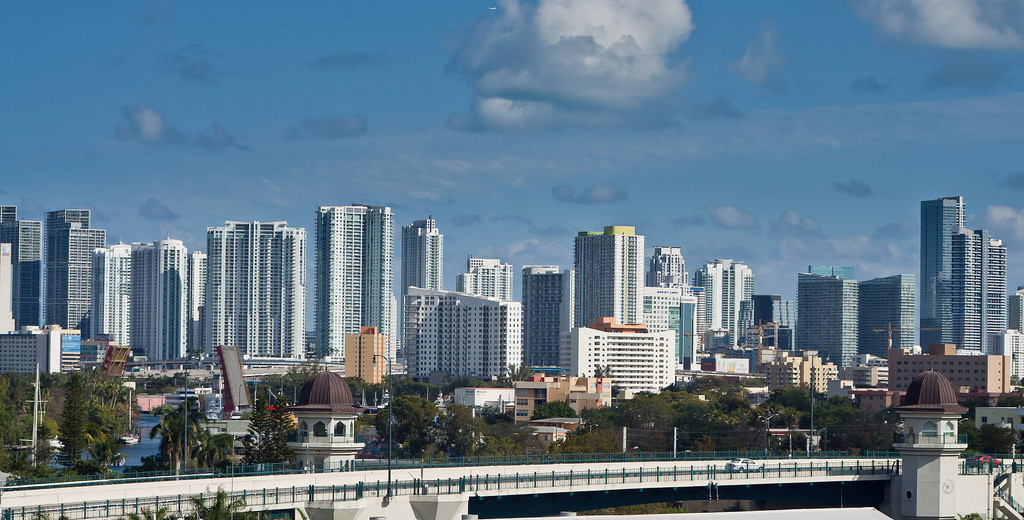 The obvious place to start. Miami is a city where a chilly day in winter is spring-like in most other parts of the United States and Europe. That subtropical savannah climate ensures sunshine and warmth all year round. The coldest month, January still gets comfortable highs of 25°C. In "winter" a cold snap will always be followed by a burst of sunshine and balmy temperatures, while summer storms never stick around for long. And when you pair this warmth with the beaches, culture, sights and pulsing nightlife Miami puts most cities in the shade.

2. Nightlife, High-End or Rough and Ready

Call Miami the spiritual home of electronic music, where house evolved into techno in the 80s and 90s. Every March the Winter Music Conference is a city-wide event, with DJ sets, parties, seminars, workshops and discussion panels for true devotees of clubbing culture. At any other time you can join the beautiful people at the swish, intimidating clubs on South Beach, and use every trick in the book to get in. But there's more to Miami than dress codes, be it salsa and jazz clubs or live music joints in trendy Wynwood.

3. For the Latin Accent

Miami is positively charged with Latin culture. If a Latin American or Spanish star has a home in the United States you can bet that it will be in Miami. A third of all of Miami's citizens have Cuban heritage, and many of them live in Little Havana. Come to the main drag, Calle Ocho, where Spanish is the native tongue and your jaunt down the street will be soundtracked by rumba and salsa. This is where you have to pick up a Cubano sandwich, taste some true Cuban ceviche for the adventurous, or down a simple cortadito coffee with a pastelito.

If you want to count the whole Metropolitan Area, and we do, Miami has more than a hundred miles of beaches, from Palm Beach in the north to Biscayne Bay in the South. Say you're in town to strike a pose, South Beach is your go-to, at party central and hemmed by bars and cafes. But you don't need to go far for stretches like Surf Side where families can feel at home, or beaches in nature reserves like Matheson Hammock Park Beach, Bill Baggs Cape Florida State Park and Crandon Park Beach, where development is at a minimum.

5. Adventures on the Water

Miami has the warmest waters United States after Honolulu, with temperatures hitting 29°C in summer and 22°C in winter, which is still quite warm by European standards. This is all to say that you could have the time of your life scuba diving, kite-surfing, snorkelling, stand-up paddleboarding, kayaking or jet-skiing around Miami. The Intracoastal waters and Biscayne Bay are protected by long barrier islands, and have waters calm enough to explore in safety. Around Homestead, Sunny Isles and Key Biscayne you can go paddling through mangrove forest, and if you're in luck will have dolphins and manatees for company.

While Miami's party scene might not mark the city as a family getaway, there's still loads for kids to get up to. Beyond the universal fun of the beach there's  the hands-on, structured mayhem of the Miami Children's Museum and a herd of animal attractions with species that are comfortable in these balmy temperatures. This is the case at Zoo Miami, which shows off the wildlife of the Everglades, along with lions, tigers and elephants in humane conditions. Once again, Safari Edventure is a hands-on kind of place that lets you go into enclosures to feed and pet sloths, lemurs and kangaroos, and even pick up an alligator.

It's not all about hedonism in Miami. Definitely not since the Pérez Art Museum moved in, with contemporary pieces by the likes of Olafur Eliasson, John Baldessari and James Rosenquist. There's also the pastel colours and timeless glamour of South Beach's iconic Art Deco architecture, best admired from the palm-dappled foreshore by Ocean Drive.  In Coconut Grove, Villa Vizcaya is an early-20th-century estate, and a palatial homage to the Tuscan and Florentine Renaissance architecture. Colourful Wynwood has the largest outdoor art installation on the planet, where hundreds of warehouse walls have been transformed at the hands of the world's best street artists.

When many places are still hibernating, Miami stages some of the biggest outdoor events on the calendar. Witness ULTRA in March, a raucous electronic music festival booking the most famous DJs on the scene and selling out so early that you need to get on it as soon as the dates are announced. Even earlier is Calle Ocho, the climax of the Miami carnival in February or March. Filling the namesake street, it's a one-day celebration of all things Hispanic, and an extravaganza of Latin music and food shutting down 24 blocks and inviting hundreds of thousands to the party.

9. For Glitz and Glamour

Miami Beach has the sixth most-expensive ZIP code in the United States, while Coral Gables and Key Biscayne aren't far behind. There is big money in this city, and the people who have it aren't afraid to flaunt it. Miami has more plastic surgeons per head than any other US city. Many of the celebrities and biggest earners are constellated on the appropriately-named Star Island. This is an exclusive gated community, but boat tours give you a glimpse of the lavish Real Estate, owned or previously owned by P Diddy, Shaquille O'Neal and Gloria Estefan. In the downtown are the mighty skyscrapers of Brickell, while the waterfront village of Coconut Grove was once an artists' colony and now a plush neighbourhood with a marina that bristles with yacht masts.

When you're packing for a trip to Miami, leave a lot of space in your suitcase for shopping. Looking the part isn't everything in this town, but it will certainly get you a long way. And you can turn shopping into an art-form, meandering through the chic streets of South Beach, the Design District and Wynwood in search of high fashion, home design and anything that screams "you". At Bayside Marketplace you can shop and dine next to the yachts, and Dolphin Mall is an outlet mall par excellence. But there's so much more that a single paragraph will never do justice to Miami's plethora of pedestrian malls, shopping centres, vintage emporiums and specialty shops like the famous cigar stores in Little Havana.