The best shisha places in Budapest

Saba Jalali — one year ago

I don’t think this article is going to fit my entire “healthy blogger” persona and I know my mom would kill me for writing this piece; I grew up in a very anti-smoking household. And even though I'm 100% against smoking cigarettes, I do enjoy the occasional shisha. I keep it minimized to about once in three months or so.

Shisha started from the Middle East, but has made it’s way through every culture and country. It is still a favorite past time of many Middle Eastern people and they have taken their hobby with them, anywhere that they have migrated. You can find Shisha bars all across Europe. When I was in Berlin, they were so abundant. Here in Budapest we’ve got a bunch of places and I've tried to go to each once, so I can write about them.

Don’t even bother learning the name! You probably will miss pronounce it anyway. I still don’t know how to pronounce it and I've been here at least 5 times in the past 6 months.

This is a fancy yet affordable teahouse located in the city center, near the Astoria metro station. I was introduced to the café by a friend and she took me here on another one of those cold winter days. It was in January I suppose. Pretty much anything we did in the past few months were in the cold winter days.

On the first look you’d be like wow this place is so fancy, it probably is so expensive; at least that’s what I thought but you’d be wrong! It's completely affordable and the aesthetics are just part of the experience. It did give us a very Middle Eastern vibe, which I sure enjoyed. I felt like I was in a café back home. In Malaysia we also had a lot of cafes like that. 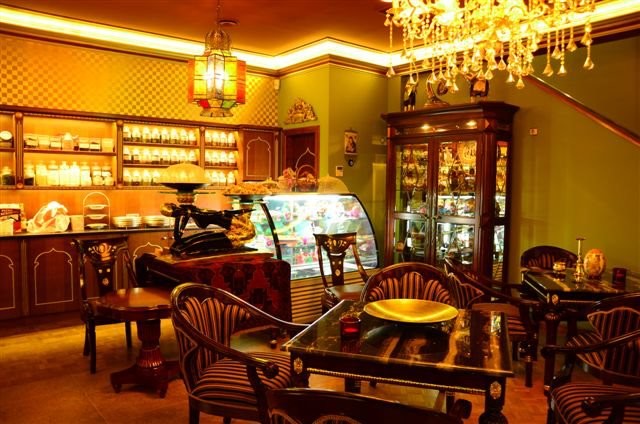 But let’s get to the real reason that I mentioned this tea house and that’s the shisha. The shisha costs 3000 forints which is less than 10 Euros. We do have places which sell shisha for a cheaper price of 2k or 2. 5 k but I genuinely this one is more than worth it. They obviously have different flavors and do take your time picking your favorite one. Like I said, the quality of the shisha is very good and their service is outstanding. You can easily share one shisha between 3 people and smoke it for about 2 hours. That is of course you don’t smoke like a chimney. They constantly change the coal and the person responsible for the shishas is the sweetest man, in fact I have never seen him without a smile.

This is a tea and a coffee house and so they don’t have food, but don’t forget to try their mint tea. After the shisha it’s the next best thing.

Well the name is self-explanatory. Habibi is one of the most well-known places in town when it comes to shishas. They have even belly dancing performances during the weekends, although I have never been to one. The cool thing about habibi is that you can kick back with a beer and enjoy smoking your shisha. I know I'm advocating for such a healthy lifestyle here, I should be proud of myself. But in all seriousness, Habibi has even some kind of retro vibes which I dig. The lighting there is minimal and some of the tables have those comfortable Middle Eastern couches.

The service is good. I went here once and I could have sworn that the service was a little catastrophic but this time that I went there, it was hella a lot better. As for the shisha itself, it’s about 2000 forints which is cheaper than the previous café I introduced but I would say that it wouldn’t last as long. Last time that we were there, we ordered a shisha and could only smoke it for an hour maximum. If you wouldn’t smoke more than an hour anyway and the quality of the shisha doesn’t have to be top notch; then go for Habibi. It's a vibrant experience and it’s located in the city center so why not. 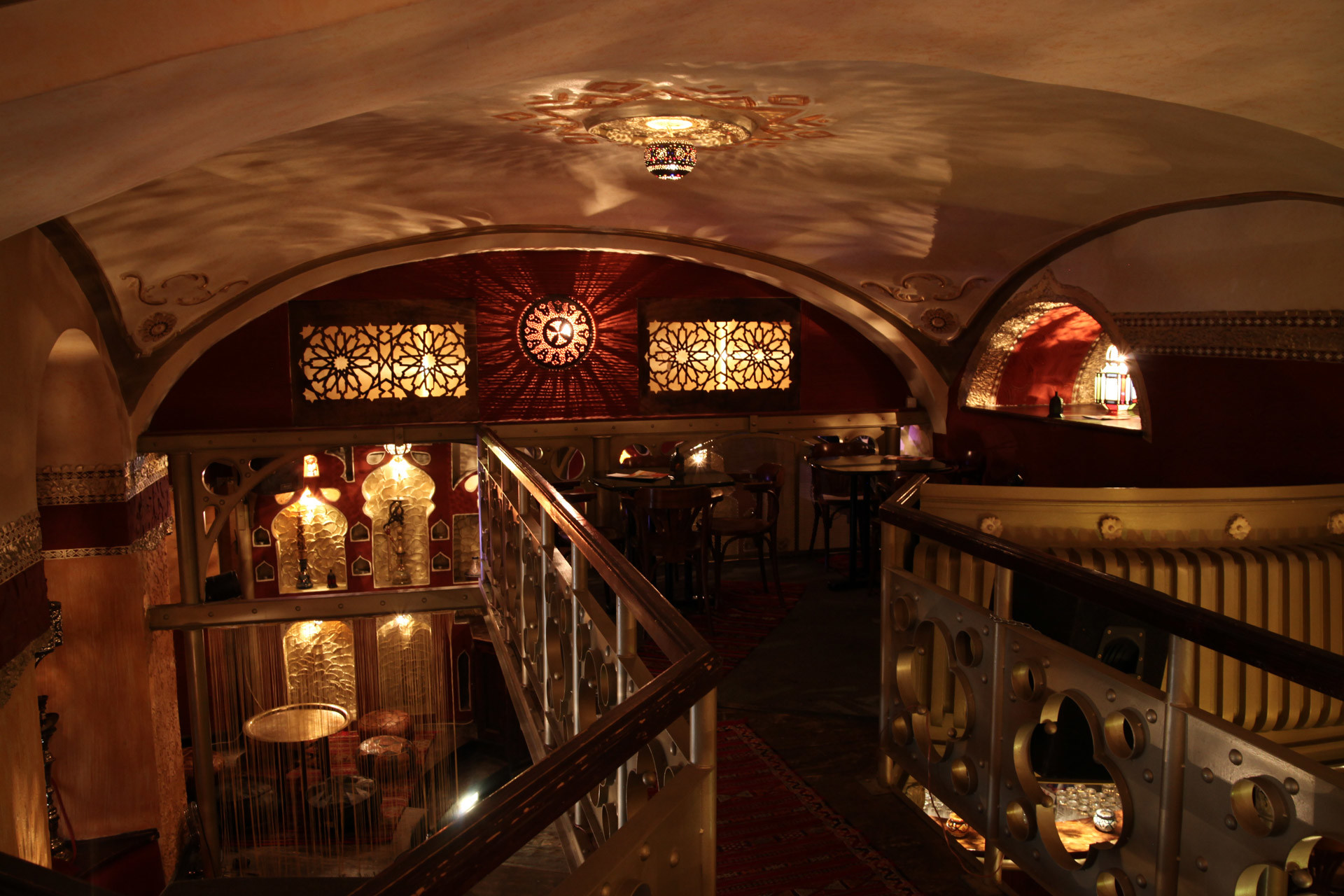 As for the drinks, they are a tad bit expensive and are very regular at it's best. I’d say go for a beer or something like that; as the cocktails are expensive as well.

I'm not sure if the actual name of the place has the “The” but anyways back to the original topic. I honestly don’t know why I always tend to go off topic; I guess it's just an attempt to fight against mediocrity. I’d hate for this blog to become another mediocre travel blog. Anyhow a month ago, Shisha room was the place to be at. They displayed all the world cup games and the atmosphere there was beyond exhilarating. I mean watching football and smoking shisha, could we get more typical than that? I don’t think so. 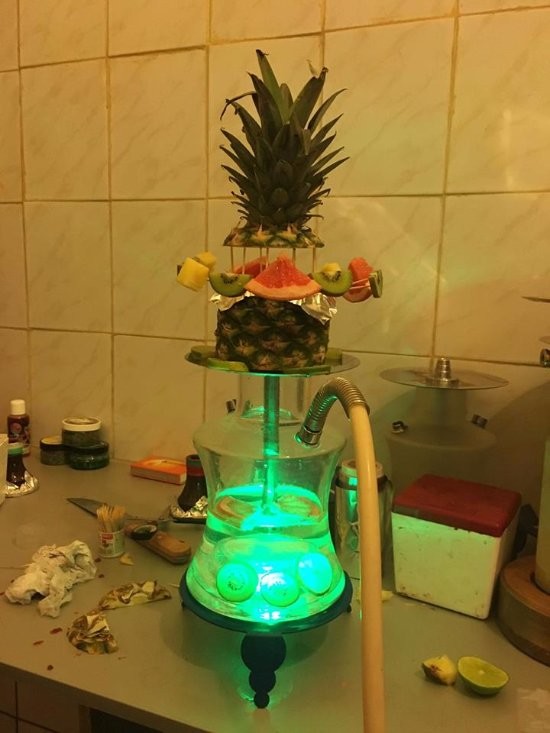 Shisha room is innovative, to say the least. Their Shishas glow in the dark and have fruit heads. They also have a diverse selection of shishas. Like seriously they’ve got hundreds of shishas and it’s insane. You’ll spend about half an hour trying to choose one. The shishas also last long, which is good news for heavy smokers.

The staffs are extremely kind and well-mannered. Overall this place is slightly more unique than the other two I mentioned. Not the place itself but the shishas; plus they specialize on shishas so that’s even better. If you’re in town for something more unique, then that’s gotta be it.

Hope you guys enjoy this piece and please take care of your lungs!

If you're traveling consider using Airbnb. You can get 25 Euros off using my code for your first trip. You're welcome!